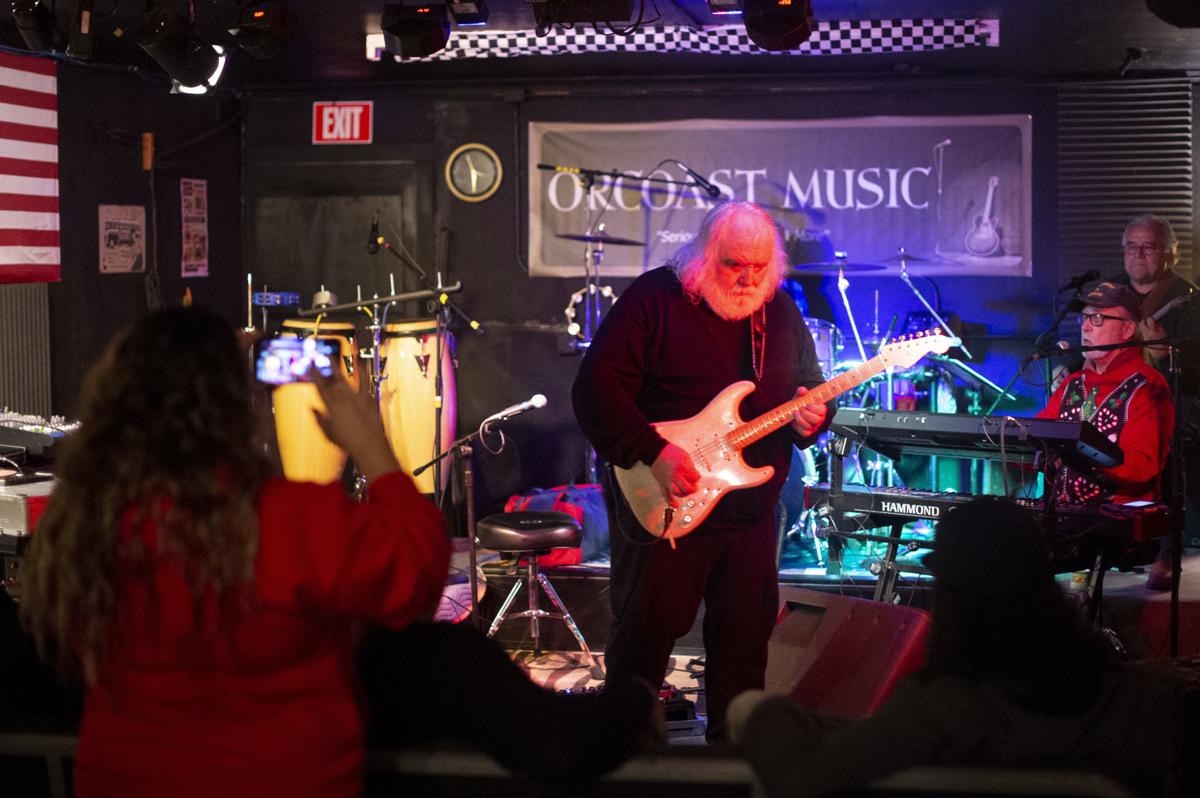 The Coos Rhythm and Blues Quintet plays a song during a sound check Saturday before filming a new music video at OrCoast Music’s “The Wind Tunnel” in Empire. 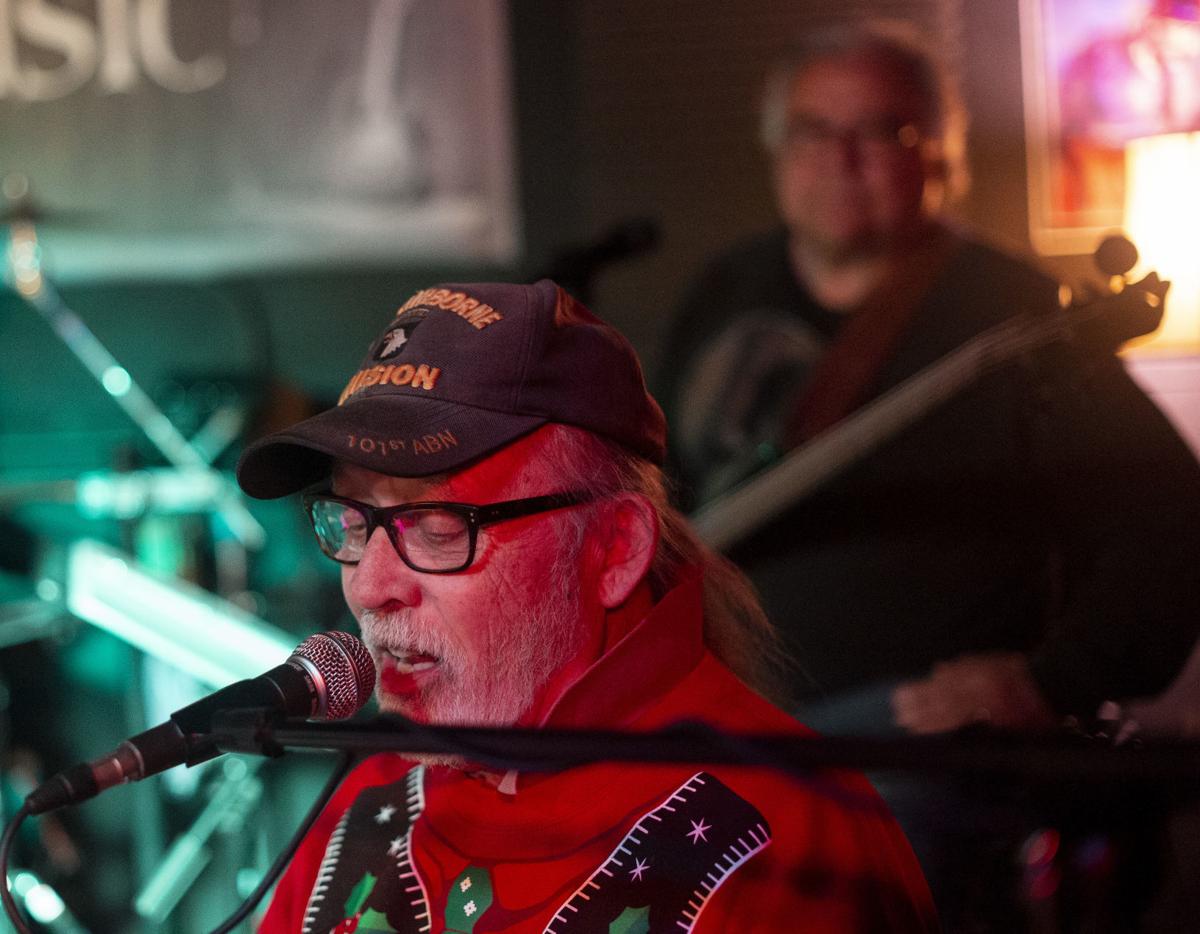 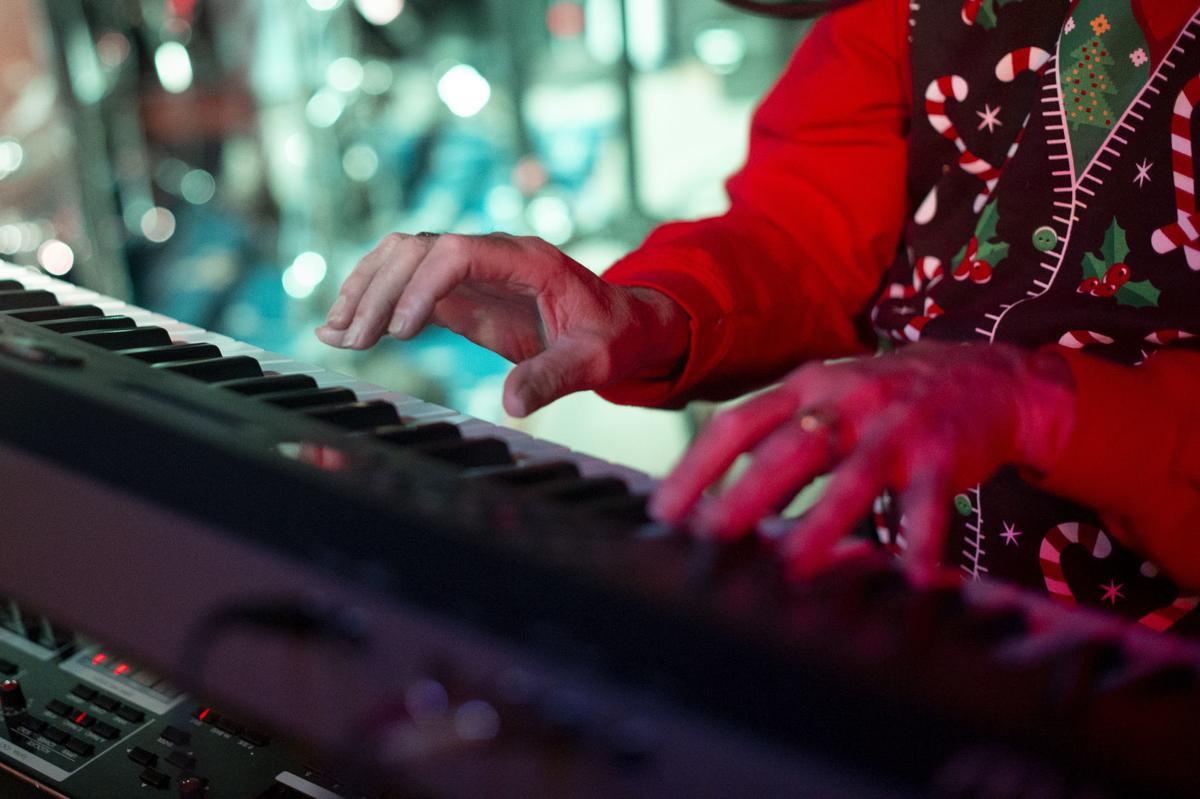 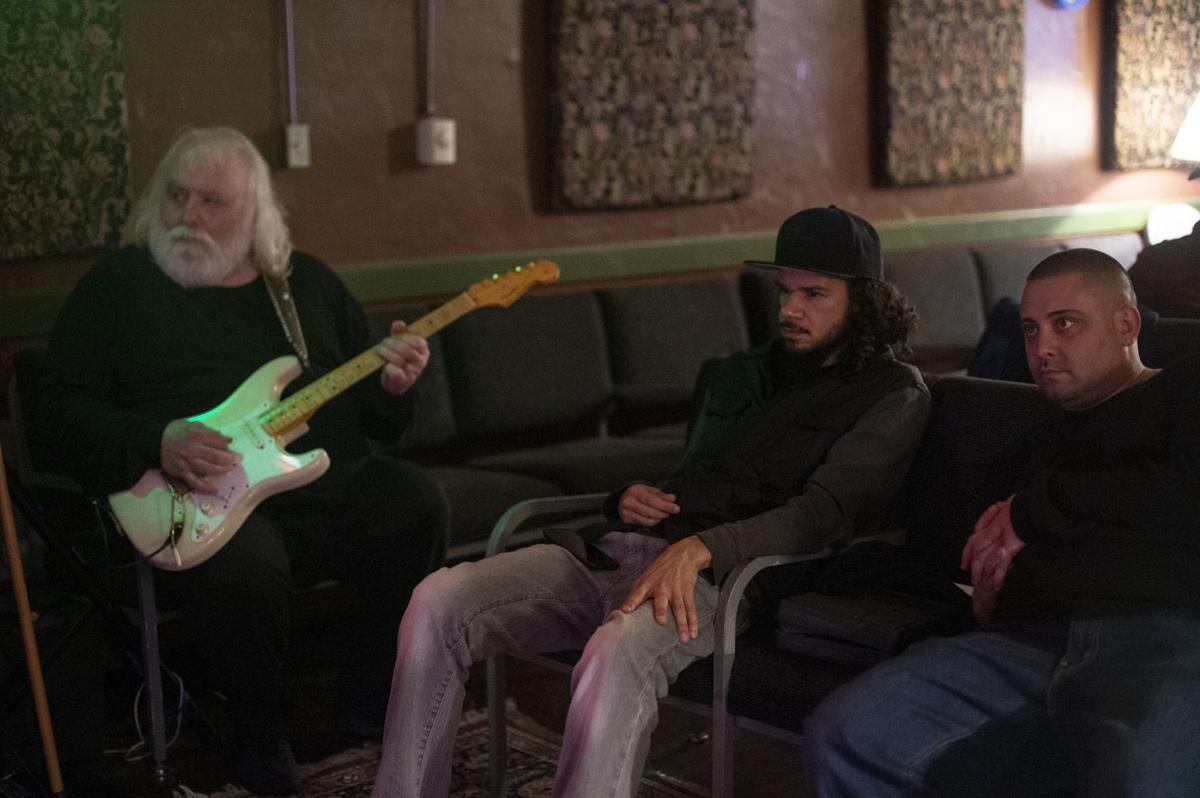 Desmond Ford, center, and Shawn Nevin, both with Real AF Media listen to the Coos Rhythm and Blues Quintet sound check Saturday before filming a new music video at OrCoast Music’s “The Wind Tunnel” in Empire.

CRBQ keyboard player Alec Berfield said now was the time for them, after about two years as a band, to produce a new electronic press kit or music video. The video will act as a sort of visual resume for booking agents and organizers to review.

According to Berfield, “The Wind Tunnel” seemed to be the perfect location to film since it was the spot where he met most of the current band members during numerous open mic nights.

The band, which performs all around the South Coast, consists of Berfield, Michael Hughes, Tom Beckstrom, Dan Neal and Rudy Alaniz as well as a revolving door of special musical guests.

“We’re a band of like-minded people who wanted to do something that was R&B based, but also quirky, funny and fun,” said Berfield.

The video, which was shot by Eugene-based production company RealAF Media, will hopefully reflect the band’s high energy and musically diverse styles, he added.

“If we’re lucky we collected enough footage to make a DVD that we can present to folks as gifts or possibly sell,” said Berfield. “We don’t have a date yet on when it will be finished, but once it is it will be uploaded to our website and YouTube page.”

Folks from around the South Coast participated Sunday as the band posted online an open call to anyone interested in joining the audience during the live performance music shoot.

“We are part of this community,” said Berfield. “We love where we live and we love the people here, so why not get them involved?”

For those interested in learning more about Coos Rhythm and Blues Quintet or its upcoming performances, visit its website at crbq.band.

The 18th annual Bus Jam Toy and Food Drive kicked off over the weekend as community members and volunteers braved the rain to donate toys and food to hundreds of local families in need.