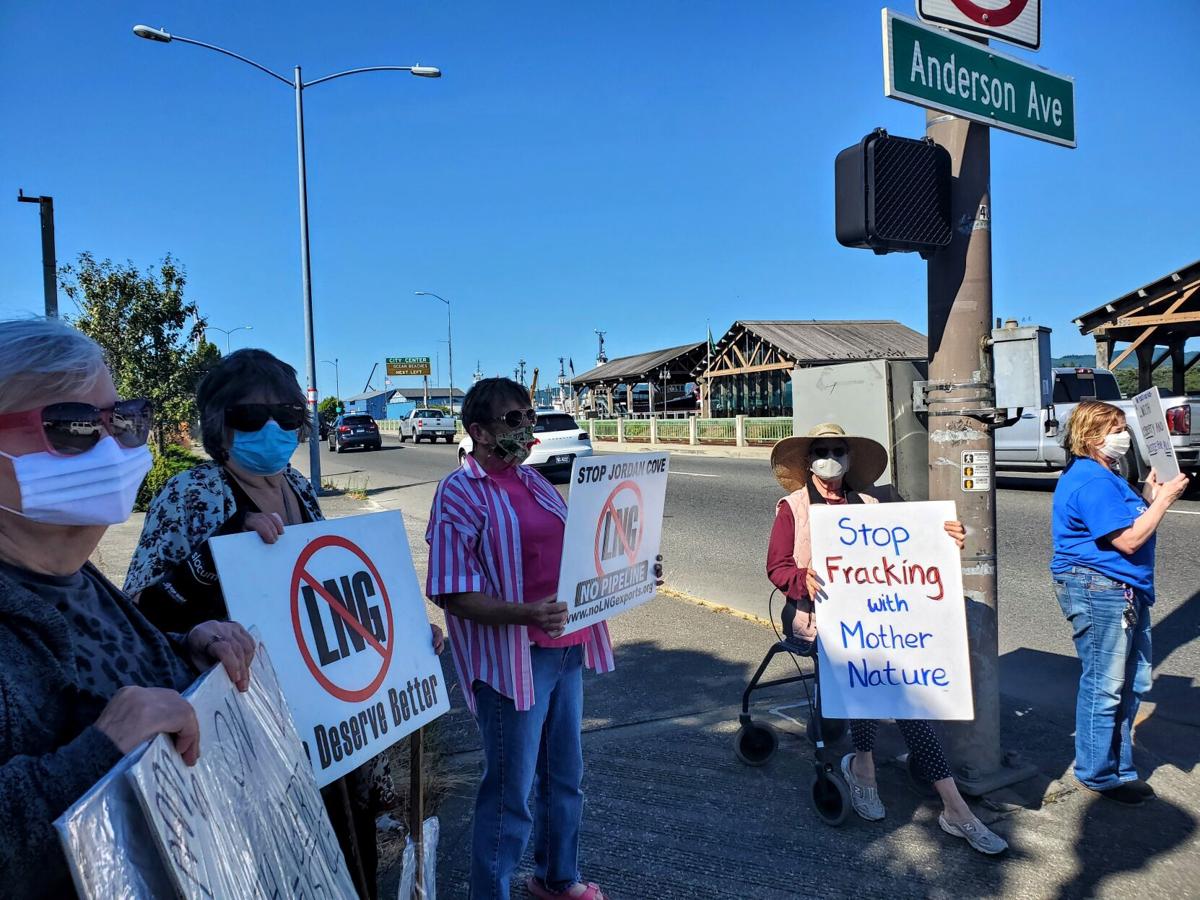 Every Wednesday at 4 p.m. near the Coos Bay Boardwalk, a group protests Jordan Cove. 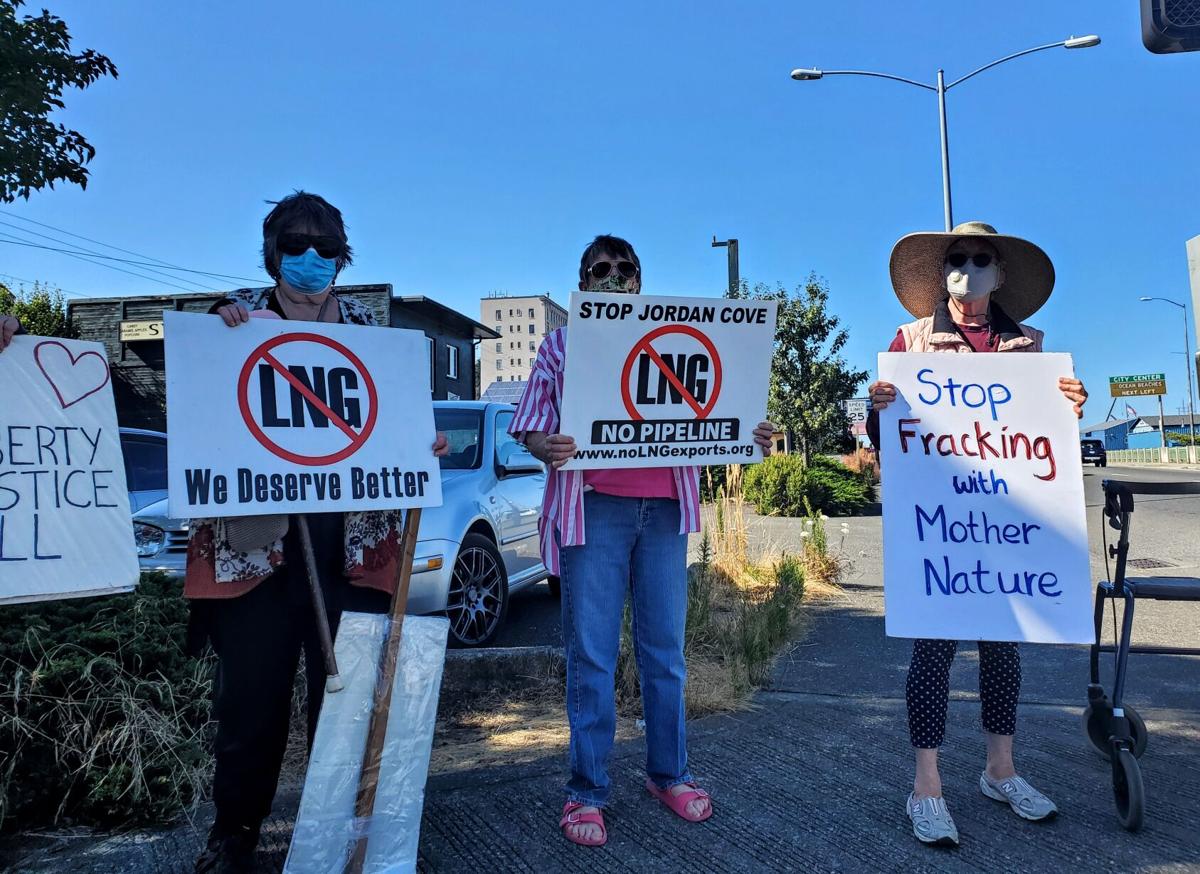 Local residents stood on the corner of Anderson and U.S. Highway 101 on Wednesday afternoon to protest Jordan Cove.

Every Wednesday at 4 p.m. near the Coos Bay Boardwalk, a group protests Jordan Cove.

Local residents stood on the corner of Anderson and U.S. Highway 101 on Wednesday afternoon to protest Jordan Cove.

COOS BAY — Every Wednesday at 4 p.m., the Citizens for Renewables stand on U.S. Highway 101 with signs protesting Jordan Cove.

One protester, Linda Hicks, said she joined the group in 2008 after her husband passed away, who had been a “huge proponent for not letting (Jordan Cove) happen."

The group used to be known as the Citizens Against LNG, but changed its name as it took on more issues. The organization’s president, Natalie Ranker, explained that the group has had success in its fight against Jordan Cove so far.

“We are now suing (the Federal Energy Regulatory Commission), along with 10 other groups, most of which are in Oregon … to not allow (Jordan Cove) to happen and it’s looking better and better,” she said.

Ranker said that the liquid natural gas project will not be able to move forward until it has every state permit required, which so far it has none.

“Right now people are jumping up and down because FERC approved (the project), but they are now being sued,” Ranker said.

On July 6, the Trump Administration approved the Jordan Cove liquid natural gas terminal, but that does not mean the project has the green light to move forward, at least not until it gets permits from the state of Oregon.

Energy Secretary Dan Brouillette signed an order for the project, which would send its LNG exports to Asia from Coos Bay, and stated that the Jordan Cove Energy Project “encapsulates what the Trump administration has been working hard on for the past three years — providing reliable, affordable, and cleaner-burning natural gas to our allies around the world.”

However, U.S. Senator Jeff Merkley’s office clapped back, stating in an email to The World that “We need real infrastructure plans that will create real jobs, boost our economy and spur exports, without undermining our economic future, environment, and public health.”

On July 7 following the Trump Administration's announcement, it was announced that a group of impacted Oregon landowners — represented by the Niskanen Center — filed a motion asking the Washington D.C. Circuit Court to “invalidate FERC’s approval of the Pacific Connector Pipeline and Jordan Cove LNG facility,” according to a press release from the Niskanen Center.

It added that the landowners also asked the court for a “stay” — or pause — on FERC’s approval of the project.

On July 29, during a press call with U.S. Rep. Peter DeFazio, when asked about the Jordan Cove LNG project he said he felt it was, "Deader than a doornail."

"Demand has tanked and there are a couple other plants under construction on the Gulf Coast. I don't think there will be a market for (liquified natural gas) if (Jordan Cove) is built and there are a lot of hurdles to jump," DeFazio said.

DeFazio added that LNG comes from fracking, a process that releases methane, which is reportedly 30 times worse for the environment than Co2.

"We should not be encouraging fracking," he said. "I really don't think (the Jordan Cove Energy Project) is going anywhere. The state has taken a position and denied the permits before the Feds approved it and I understand the state will not change that position."