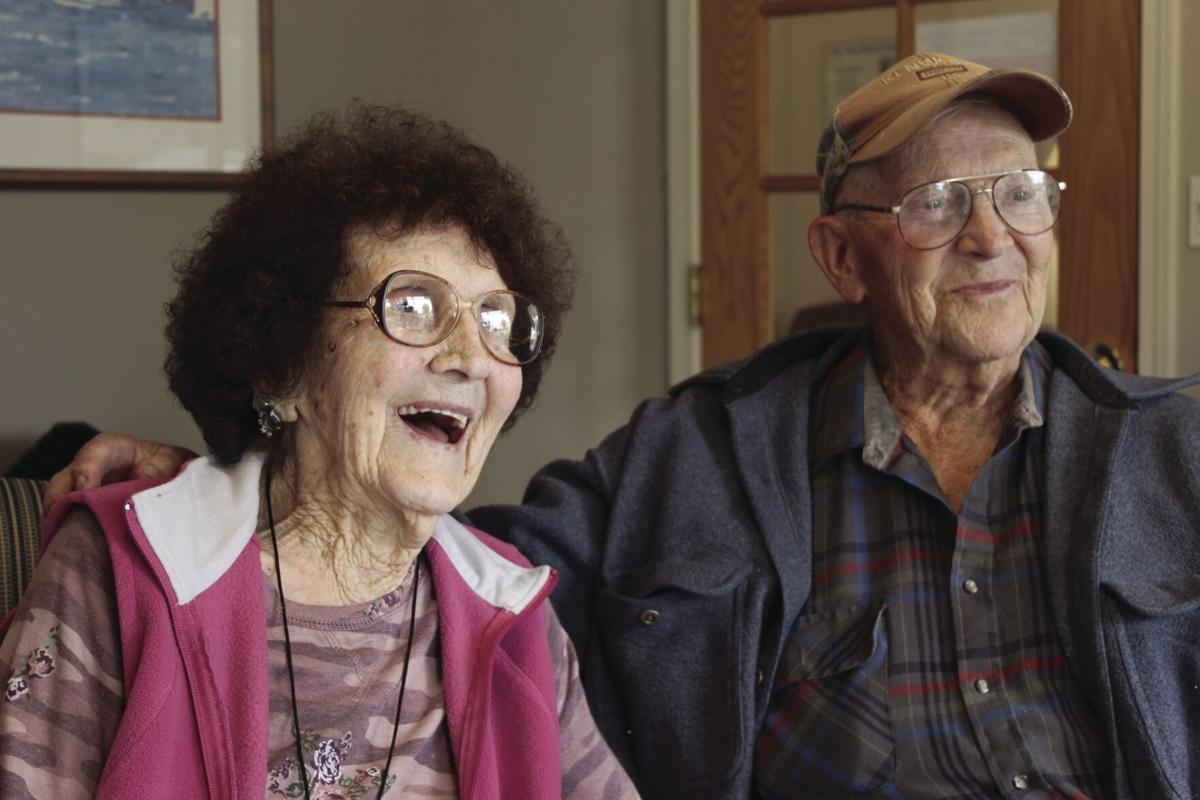 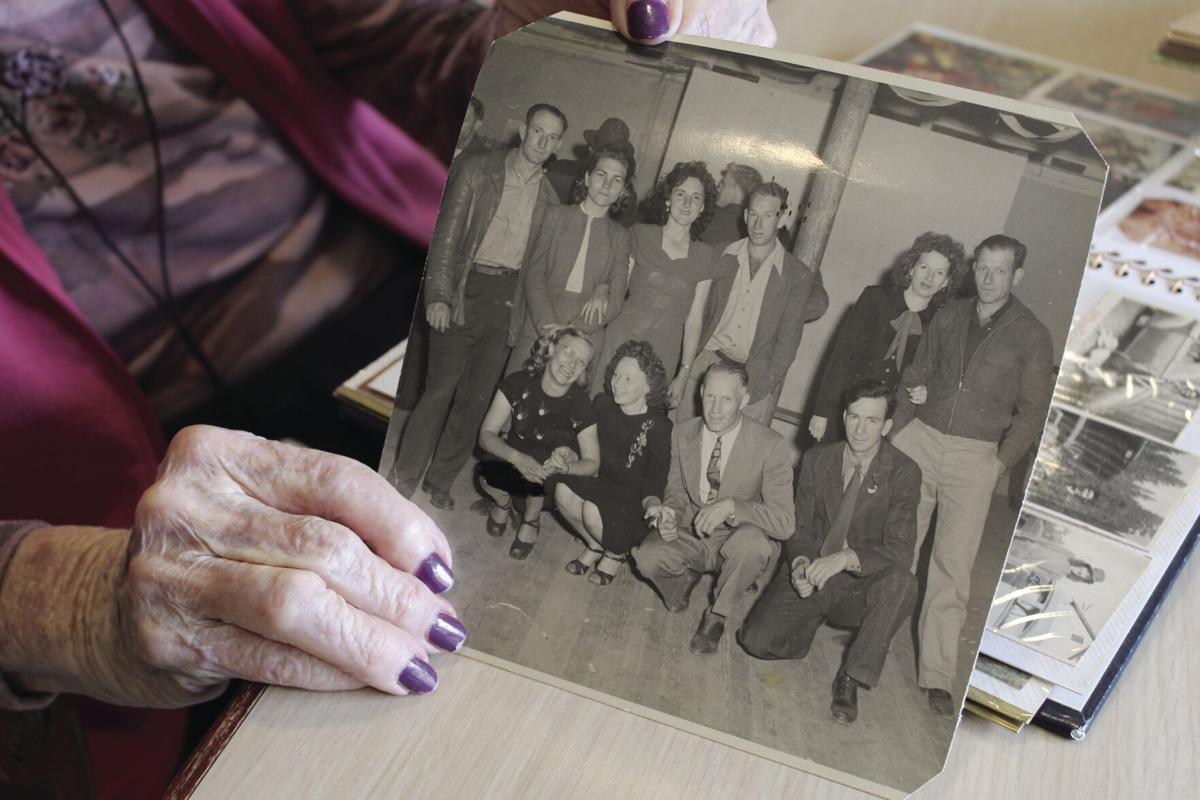 Gladys Johnston, third from left in back row, met her husband Clarence, to her left, at the Melody Mountain Dance Hall between Molalla and Canby. 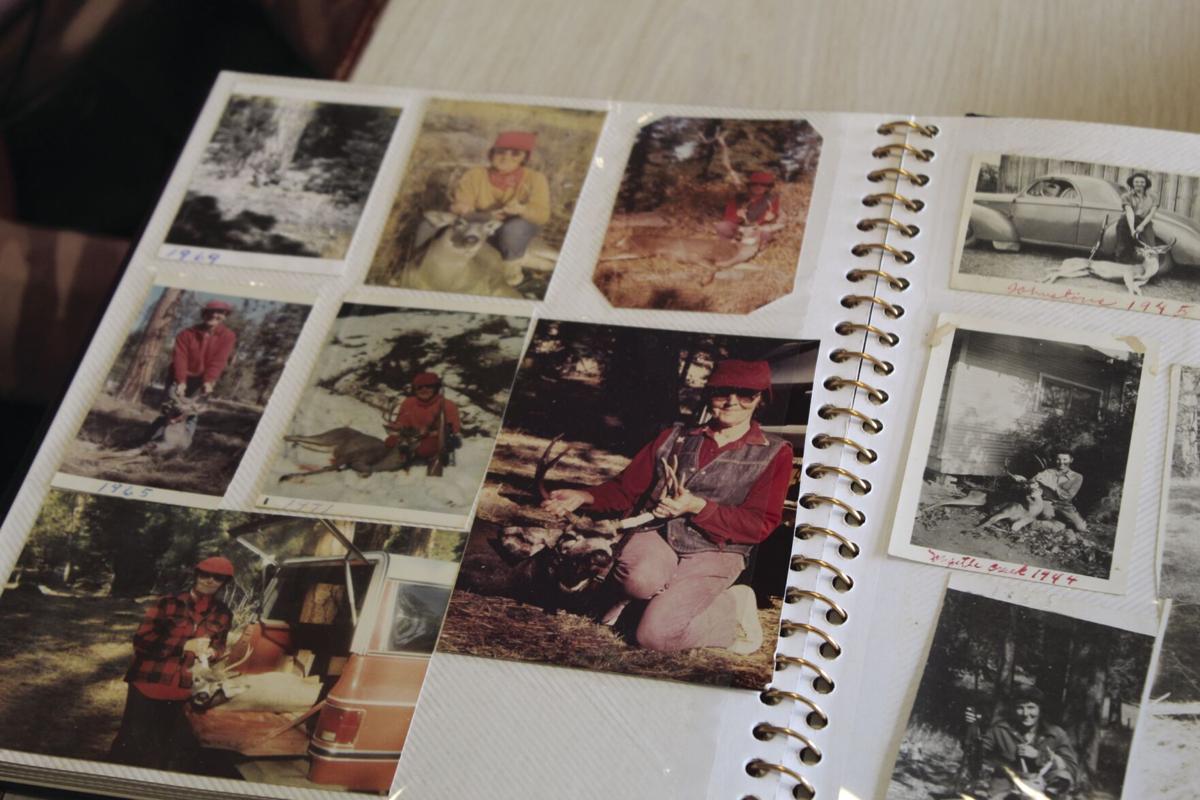 Gladys Johnston has been an avid hunter throughout her life. She’s lost count of how many animals she’s hunted. 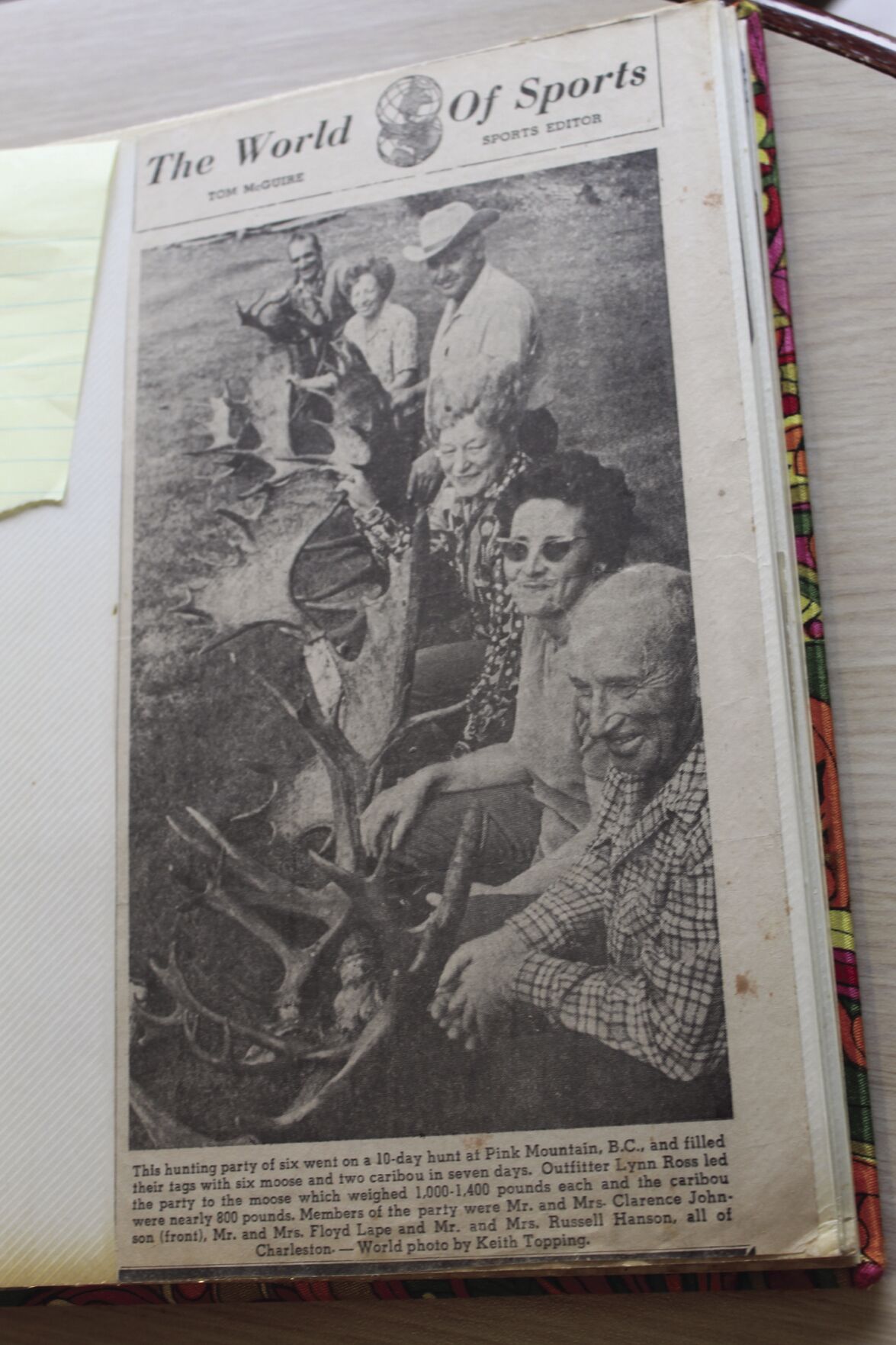 Clarence and Gladys Johnston, couple at front, were featured in The World of Coos Bay for their hunting trip to Pink Mountain, B.C.

Gladys Johnston, third from left in back row, met her husband Clarence, to her left, at the Melody Mountain Dance Hall between Molalla and Canby.

Gladys Johnston has been an avid hunter throughout her life. She’s lost count of how many animals she’s hunted.

Clarence and Gladys Johnston, couple at front, were featured in The World of Coos Bay for their hunting trip to Pink Mountain, B.C.

As COVID-19 wanes, Gladys Johnston is celebrating living through her second pandemic.

Born in Molalla, Oregon, during the middle of the 1918 Flu Pandemic, Johnston and her family will celebrate her 103rd birthday Saturday.

She credits her longevity to one thing:

“Stay active. It’s got something to do with it,” Johnston said Wednesday, looking over stacks of old photo albums during an interview. “I was never any one to sit around.”

And if Johnston’s life story is any indication, she’s done just that.

Growing up on a farm in Aurora, Oregon, Johnston finished just a year of high school before helping her father.

“I helped my dad in the field because I was the oldest,” Johnston said, referring to her two brothers, Harley and Eugene Mitts.

Harley Mitts, now 94 and Johnston’s only surviving brother, remembered fondly their years growing up on the farm and, later, Myrtle Creek.

Mitts and Johnston recalled a time when they spotted a fire on the roof of their home.

“I ran the pump outside to the well, and she carried buckets in the house, upstairs and out on the roof to put the fire out,” Mitts said.

Johnston’s active life continued after Myrtle Creek. She’d often sing, dance and play guitar at dance halls and barn dances around the region. (She still yodels to this day.)

In fact, one of those dances — at the Melody Mountain Dance Hall — is where she met her future husband, Clarence. The two married when Gladys Johnston was 25 and moved from logging camp to logging camp.

“I was just a house wife,” Johnston said.

“Logging was getting dangerous,” said Laurie Mitts, Johnston’s niece. “And he was a faller, and she kind of gave him an ultimatum — he needed to find something safer. And this is where the boat came in, where she could go along with him and be a part of it, that was important.”

The couple purchased the Oregon Mist, a 40-foot wooden fishing boat for $8,500 in Gardiner, according to Laurie Mitts.

Gladys Johnston kept log books of the Oregon Mist’s travels as the Johnstons fished for salmon.

The couple was based in Charleston, and fished as far down as Eureka over the years. Their boat was a “roller” in heavy seas, Johnston remembered.

“We crossed quite a few bars, you know,” Johnston said. “At Bandon, we never stayed in there at night, because we were afraid we’d get in there and the bar would roughen and we couldn’t get out.”

The couple’s activity didn’t slow down when they resold the Oregon Mist in 1983. They were fond of traveling, making trips to Hawaii, Canada and, one time, a memorable trip to Michigan to pick up a new Chevrolet.

Hunting was one of the couple’s favorite activities. Deer, elk, moose and caribou all found themselves on the other side of Johnston’s gun.

“A lot of hunting. I don’t know how many deer I got — I don’t have any idea,” Johnston said.

After 54 years of marriage, Clarence Johnston passed in 1997. Gladys Johnston lived in Coos Bay by herself for years after that, until last year, when she moved to a senior living community in Brookings.

“Right before COVID started, it was getting harder and harder to get out and visit and get to her. So that was the main reason why we moved her closer to us, so we could keep an eye on her and get through this whole thing together,” Laurie Mitts said.

She’s been busy in her new home, learning cribbage from other residents and playing them frequently.

That level of activity’s been central to her life.