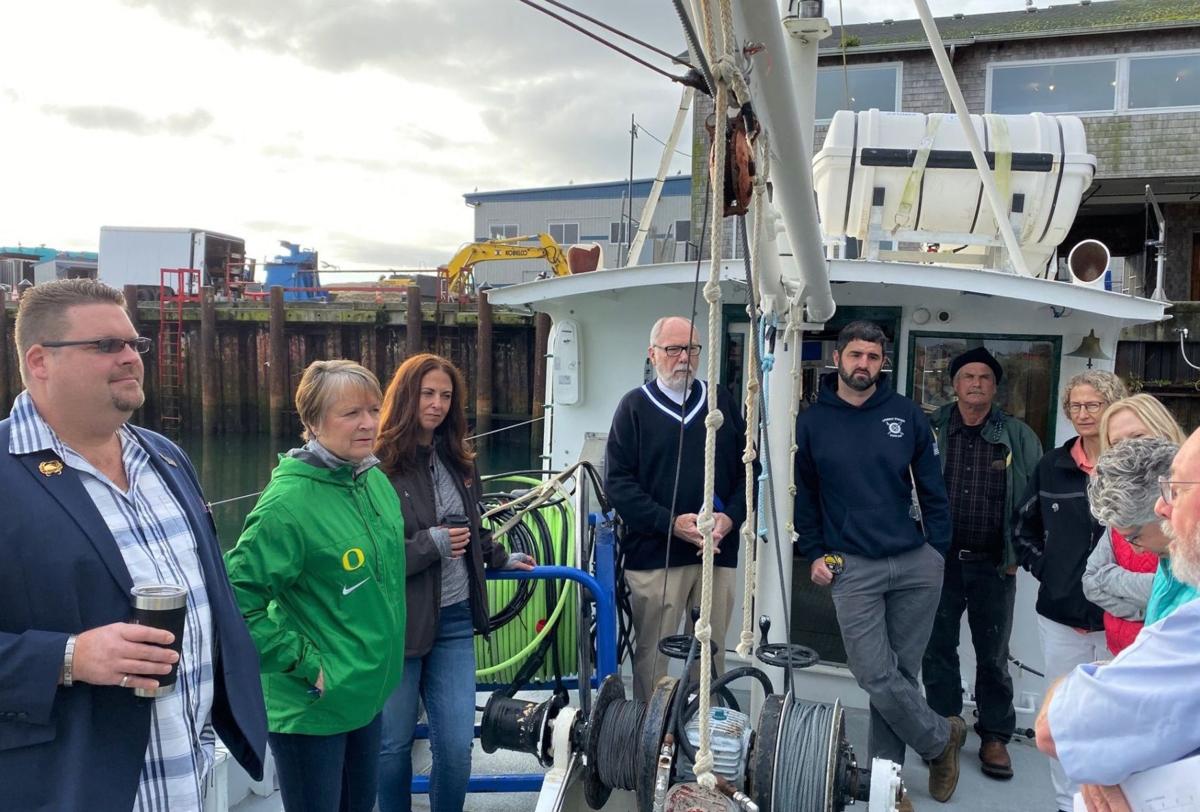 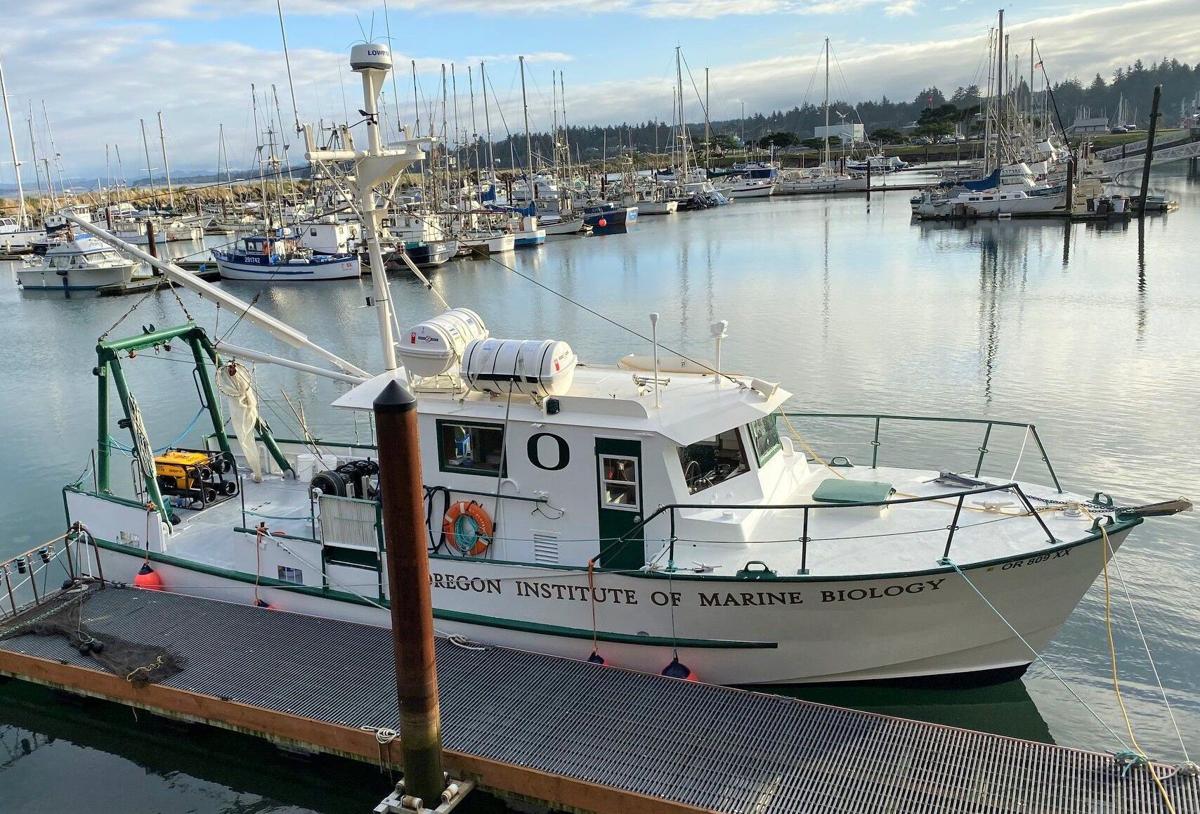 The RV Pluteus, built in 1973. The vessel is the research laboratory for the University of Oregon’s fast-growing marine biology program. 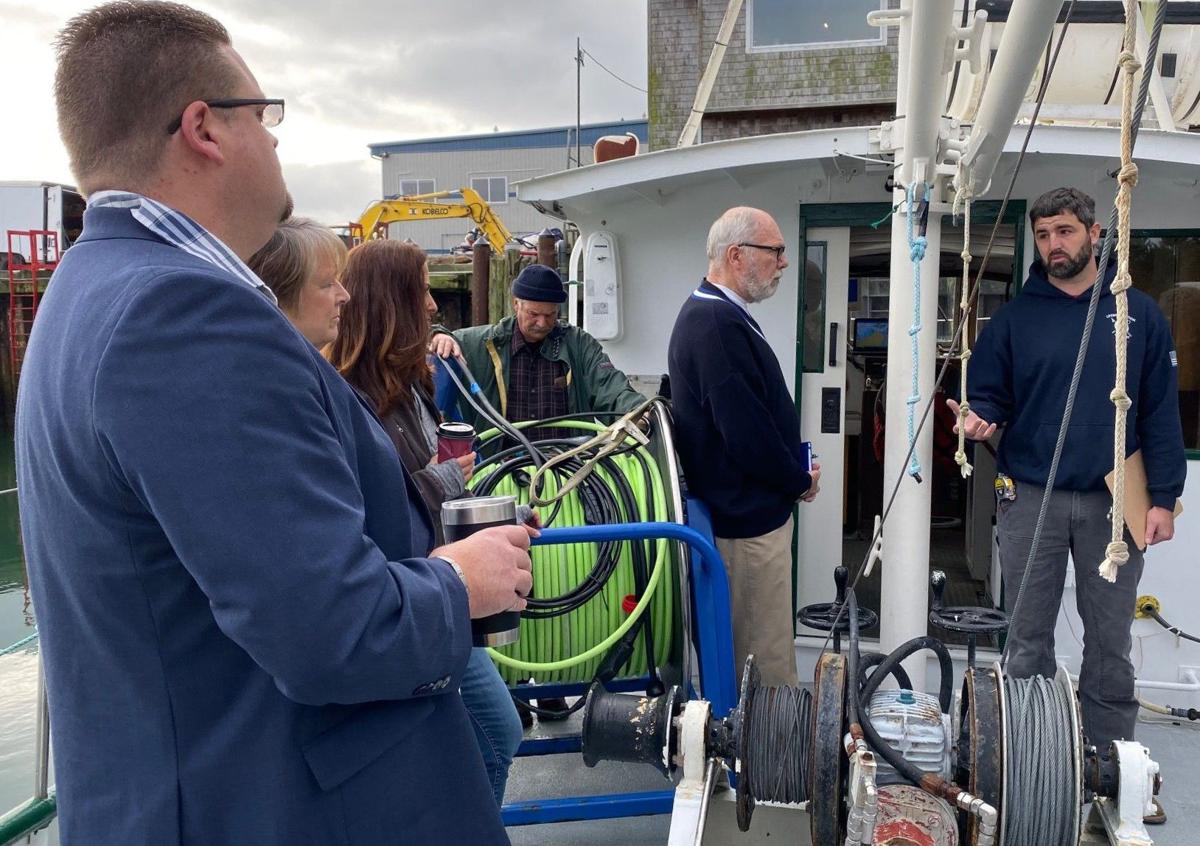 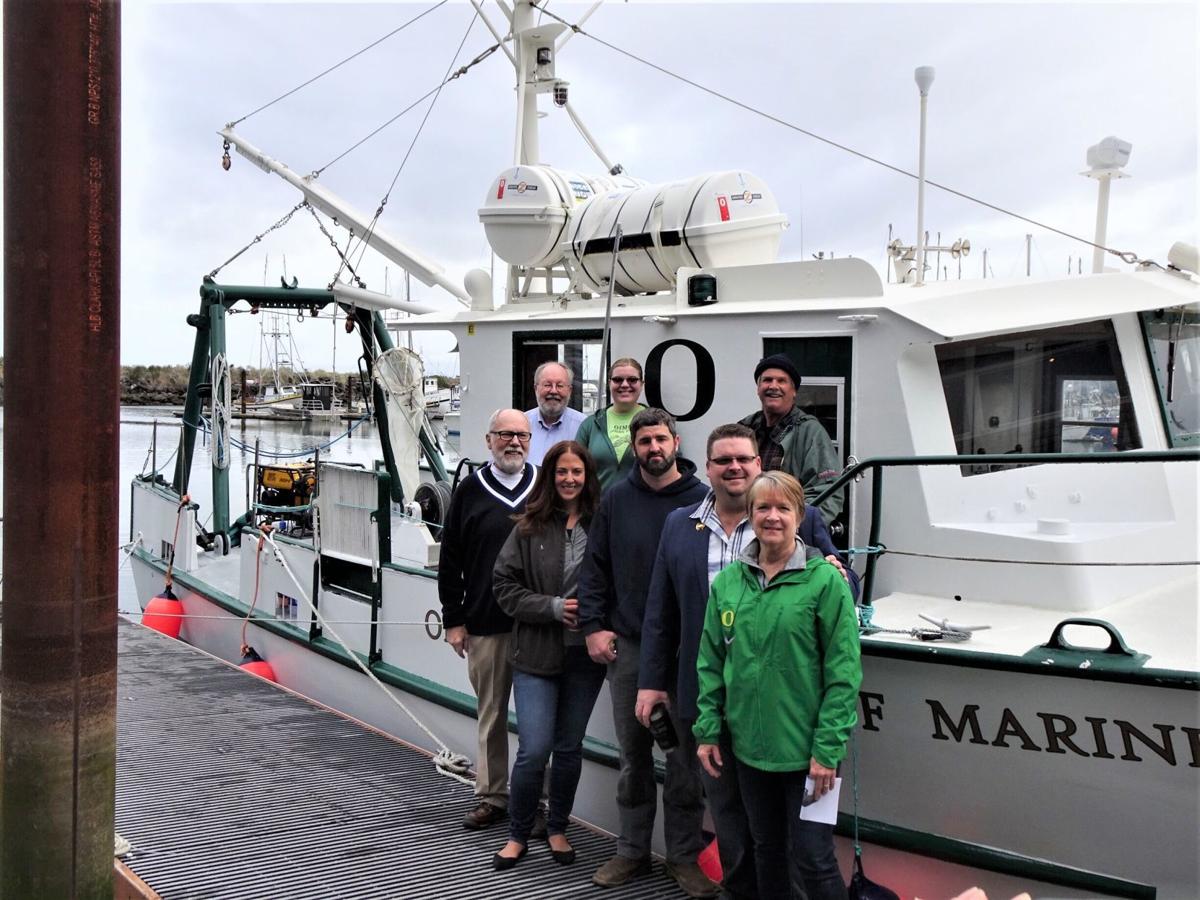 CHARLESTON — The University of Oregon’s Institute of Marine Biology hopes the Oregon Legislature’s 2020 session will lead to smoother sailing for its many students.

The RV Pluteus, built in 1973. The vessel is the research laboratory for the University of Oregon’s fast-growing marine biology program.

It will not be the first time the Oregon Legislature has considered such a request. In the 2019 legislative session, Senate Bill 255 would have appropriated $500,000 to match private donations to finance the construction of a replacement vessel. That bill did not pass, but members representing the coastal region say they are committed to getting the needed funding next year.

On Oct. 21, state Sen. Arnie Roblan, D-Coos Bay, and state Reps. Caddy McKeown, D-Coos Bay, and David Brock Smith, R-Port Orford, visited the Charleston campus to meet with faculty members and students and see the aging boat firsthand. The UO’s marine biology program is the only one in the state and is ranked among the best in the country.

The marine biology campus includes a marine life center, laboratories, classrooms, public programs including schools and camps for K12 students, and the RV Pluteus, which is used for teaching and research on marine organisms and ecosystems.

“OIMB is an asset to our community,” McKeown said. “It is not only an engine for important academic research but it’s also an economic driver that attracts students and their families from around the country and puts the South Coast of Oregon on the map.”

“We were disappointed we couldn’t get (the funding bill) over the finish line in 2019,” said Craig Young, director of the Institute. “But we’re also energized by the support and interest of our legislators, and this visit was a great kick-off to the renewed effort. The boat is a floating classroom that provides a level of student experience that cannot be obtained in any other way. It will also be a unique and important resource for marine research on the South Coast.”

The Pluteus was built for teaching in 1973 and used for most of its life in the relatively calm nearshore waters of the tropical Atlantic. The old engines and electrical systems have reached the end of their useful life, and the boat is too small to carry most classes to waters outside the bay in Charleston.

“I have used our current boat for both research and teaching,” said Caitlin Plowman, a doctoral student who completed bachelor’s and master’s degrees in marine biology at the UO in 2014 and 2017. “The new boat would allow us to go further offshore faster and to sample deeper depths, which would be great for me since I study deep-sea invertebrates.”

The institute is also home to students whose research activities require scuba diving.

“I chose to come to the University of Oregon specifically because of the opportunities for studying kelp forest ecology that are made possible by our location on the coast and, more importantly, our ability to access those environments,” doctoral student Ross Whippo said. “Unfortunately, the boat we currently have is not well-equipped for traversing the conditions we commonly encounter, limiting the days that we can sample. It is also not designed with the needs of a dive operation in mind. A new boat would help the burgeoning scuba-based inquiry that is currently in its early stages at the UO.”

Marine biology students take frequent field trips to the habitats on the Oregon Coast. The tide pools, mudflats and rocky shores are easily accessible at low tide, but the majority of habitats, including the bays, estuaries and offshore bottoms, require a reliable vessel for access. Students in most classes take boat trips to learn oceanographic sampling methods, to collect from the ocean floor and to examine animals in their natural habitats.

“One of the best parts of this project is that it’s also a boon for the local economy,” Brock Smith said. “Tarheel Aluminum is family owned and operated. Since they won the contract for the design — and will build the boat if the funding comes through — this is a great opportunity to advance research, learning and the economy all in one fell swoop.”

On Tuesday morning, people walked into the Nancy Devereux Center with purple fingers.

Now that chilly weather has arrived, the Devereux opened its Warming Center for the first time of the season Monday night and again Tuesday night for those homeless in the area.