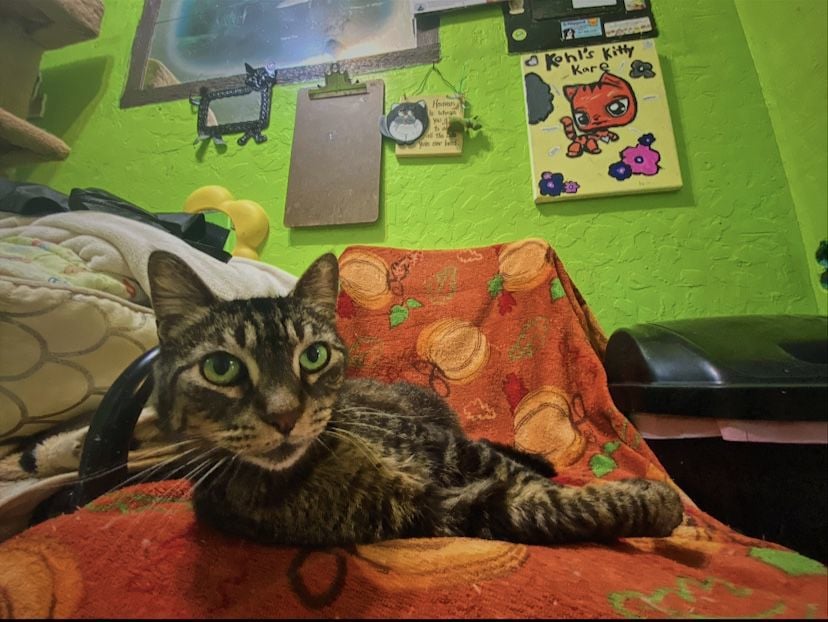 Torch Club members (from left to right) Satyr Staggs, Drew Hood, Laken Billingslea and Maili Hiner pose around a donation box which they hope to fill with cat food and supplies by Dec. 13.

COOS BAY — Some young people in Coos Bay hope to help the forgotten felines out there.

Last month, members of the Torch Club, a leadership development program at the Boys and Girls Club of Southwestern Oregon, rallied together to brainstorm ideas of how they could help their community and give back.

As part of a national service project, the club, which consists of a number of Coos Bay area students, decided it wanted to host a donation drive that would benefit Kohl’s Cat House, a local no-kill animal shelter that provides treatment and adoption services to abandoned and abused felines.

According to Annabel Taylor, the teen director at the Boys & Girls Club, the club helps develop a number of leadership skills to its members, who are usually between the ages of 10 and 13.

The club is asking community members to donate cat supplies and food, which it will later transfer to the animal shelter. All financial donations will go toward the shelter’s other expenses, including veterinary care, vaccines, flea products as well as worm medications.

Gloria Kohl, the founder of Kohl’s Cat House, said she’s happy the students chose her organization to receive assistance. The nonprofit shelter relies completely on donations from the community to help keep its doors open, she said.

For about 10 years, Kohl has provided a safe space for countless felines in need of critical care. With the help of its dedicated volunteers, the shelter has been able to re-house and rehabilitate hundreds of cats in Coos County.

It also monitors the area’s cat population and has in the past hosted a number of community outreach events which highlighted the importance of spaying and neutering cats. The shelter will often take its felines to S/Nipped, an animal clinic located in the Empire District, to help do its part in controlling the cat population, said Kohl.

North Bend Middle School student Laken Billingslea, 13, who was joined by his fellow Torch Club members at a meeting Tuesday, said he wanted to do what he could to help the local shelter reduce cat overpopulation, as it could negatively impact the environment.

The club is hoping to at least fill its donation box by Dec. 13. As of now, anyone interested in making a donation can do so by either calling the Boys & Girls Club of Southwestern Oregon at 541-267-3635 or visiting its drop site at 3333 Walnut Ave. in Coos Bay.

For more information about Kohl’s Cat House visit its website at https://kohlscats.info/ or call its office at 541-294-3876.

The Torch Club is seeking the following supplies:

Pieces of history can be taken home this weekend

Pieces of history are up for grabs this weekend before a historic newspaper collection is taken to the landfill. The public is invited to pick out free duplicates from the 100-year span of newspaper archives.