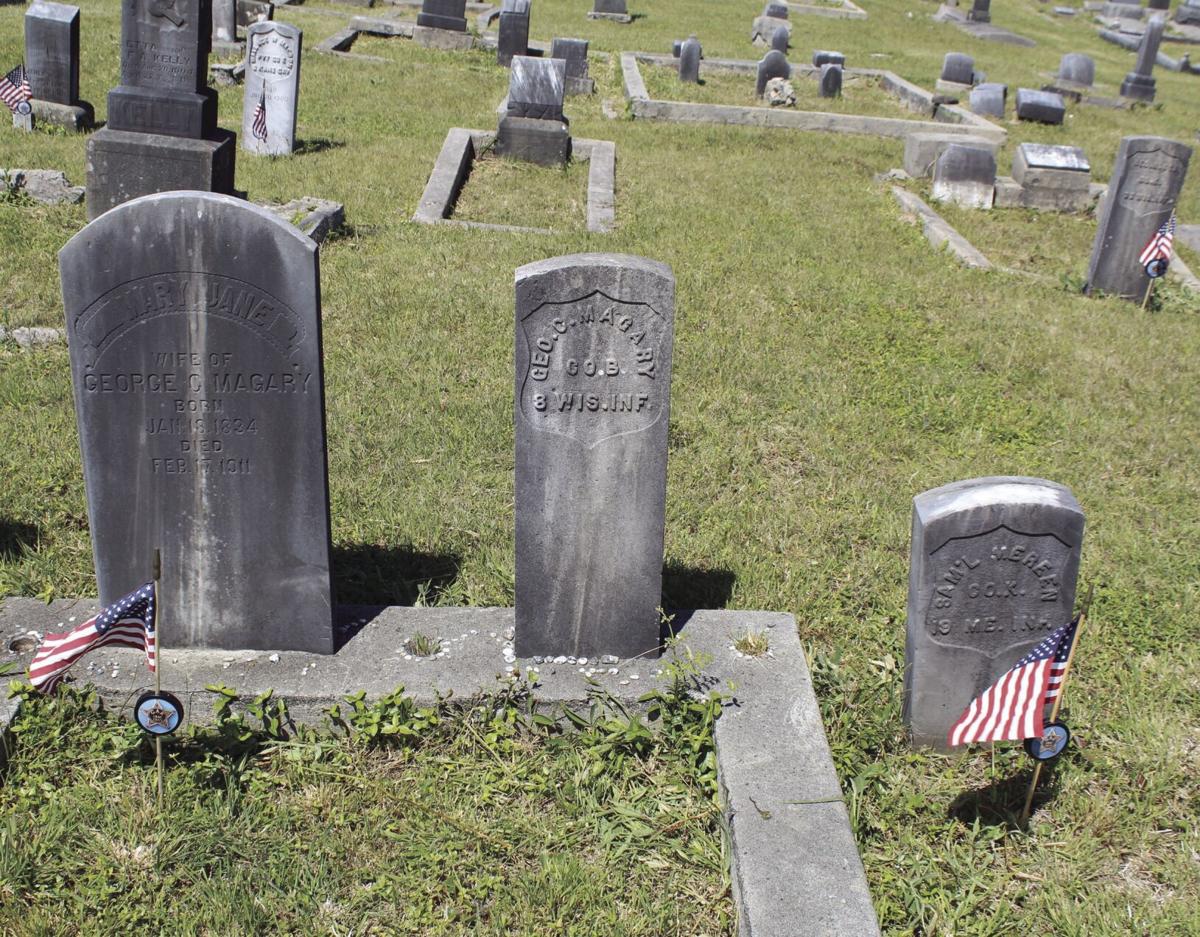 The Marshfield Pioneer Cemetery has gravestones that date back to men who fought in the Civil War. 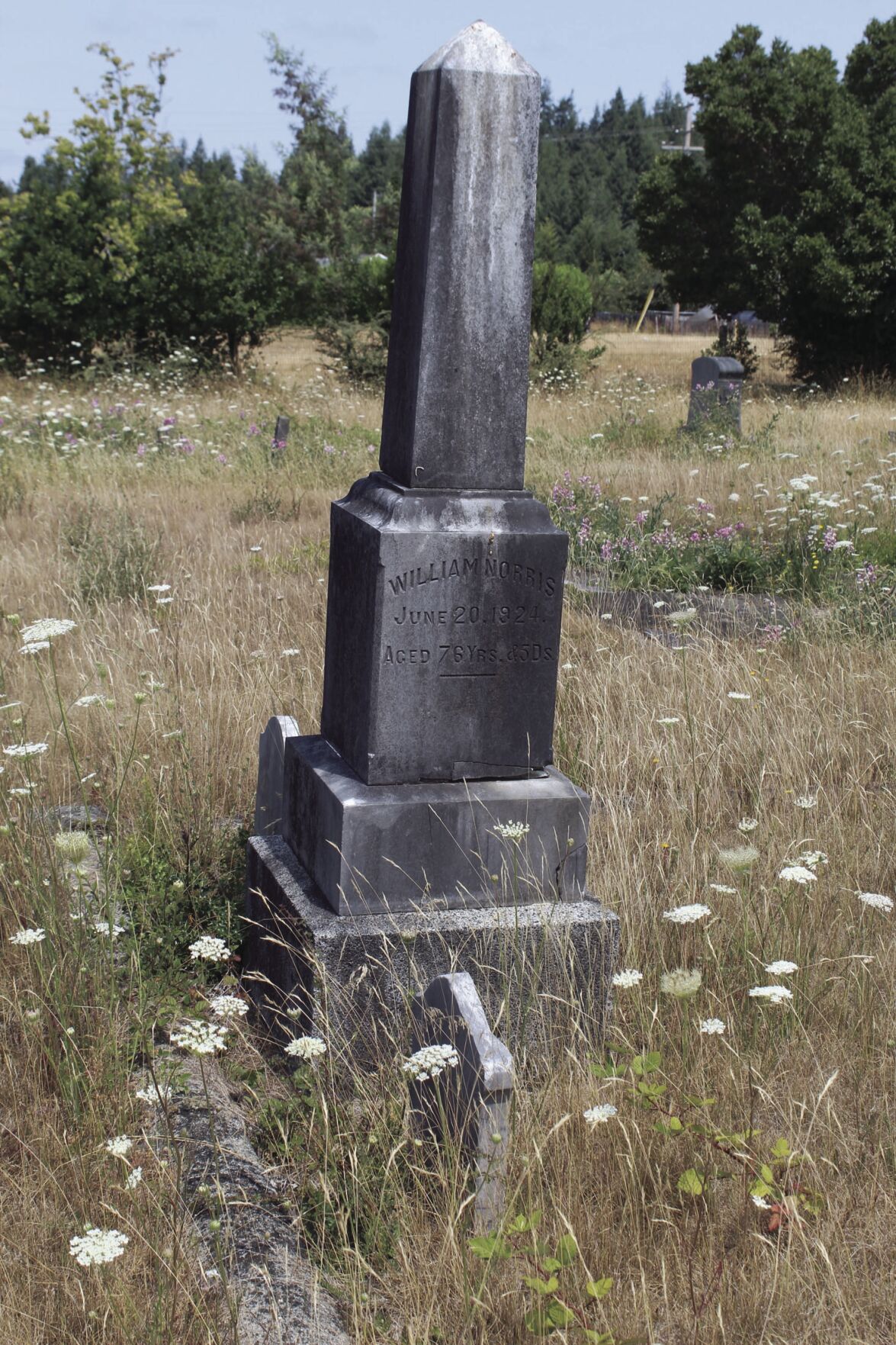 The Marshfield Pioneer Cemetery has gravestones that date back to men who fought in the Civil War.

I do not believe in ghouls and ghosts, but I have always been intrigued by cemeteries, especially old cemeteries.

Walking through a cemetery lets one’s imagination flow as you imagine the stories that those buried there could tell.

As a teen, one of my best friends lived near a cemetery in Bisbee, Arizona. I frequently visited his home, and we would walk through the cemetery to get to the basketball court on the other side.

Over a period of weeks and months, we explored almost every gravesite in the cemetery and made up our own stories about the people who were buried there. Some were very old when they died, others just born. We saw veterans from different wars, family plots with generations of family members together and so much that it led to a great idea of what their lives may have been.

That curiosity and that level of imagination has never left me.

A few months ago, I was able to walk through the Marshfield Pioneer Cemetery in Coos Bay. Like most pioneer cemeteries, part of the story there is the extravagance some families put into their burial plots. But there was so much more.

The Marshfield Pioneer Cemetery is a stunning display of those who came before us. From Indian chiefs and warriors to businessmen and entire families, the cemetery is full of stories that are both intriguing to consider and sad to understand.

The cemetery is well-kept and easy to stroll around. Unfortunately, it is also locked due to vandalism through the years.

Earlier this week, I went to Coquille to do a story about a clean-up effort at the Masonic Cemetery. While the work being done by volunteers was cool, I spent a lot of my time strolling around and looking at the burial sites.

Again, they led to stories that let my imagination run free.

One site was the grave of a woman who died in 1929 at only 22 years old. There was little on her headstone that told a story. But a much smaller stone was placed on the site in 2009 when another person was buried at the same location. That headstone had a name and the inscription, “Resting in her mother’s arms.”

When comparing the dates, the story began to come to life. The woman who died in 1929 died the same year her daughter was born. I believe she likely died in childbirth. Her daughter lived a long life, dying just before her 80th birthday. It was then she was reunited with the mother she likely never knew.

On the other side of the Masonic Cemetery are two gravestones side by side belonging to brothers from the same family. John Edward Dow and his brother Wesley G. Dow were born nine years apart, with John born first in 1906. The two men served in World War II and both made it home. The brothers also died on the same day in 1968.

Seeing the two headstones told me something about the brothers, but seeing that they died the same day left me with a million questions. I have learned nothing about how they died, but it appears they came from Iowa, spent most of their lives in Coos County and died together.

Still more questions than answers, but a lot of room to imagine the stories.

One interesting aspect of the Coquille cemetery that I have not seen elsewhere is many of the older gravesites are completely concreted in. As I walked around, I couldn’t help but wonder why? One site that was fully concreted had a spot for a woman who it appears has not been buried there. She could still be one day, but it made me wonder about the challenges of breaking up the concrete to dig another hole.

I’m not sure why so many plots were completely covered in concrete, but it did make me think.

I’m not writing this to suggest people rush out to walk through cemeteries. But if you have an interest in history and you like to let your imagination run freely, there are some great older cemeteries in this region that have stories just waiting to be told.

Most of the people resting there are not famous, most are remembered now only by friends and family. You can see that most of the burial plots have few visitors, but there are some who have been dead for decades that still get regular visitors.

When I visit, I try to be respectful. I don’t believe anyone buried in there will care if I walk across their grave, but each site is a marker of a life of a someone who was loved, cared for and appreciated.

And when you see 10 acres of land full of those who have died, it gives me a stronger appreciation for life and those who still impact me every day.