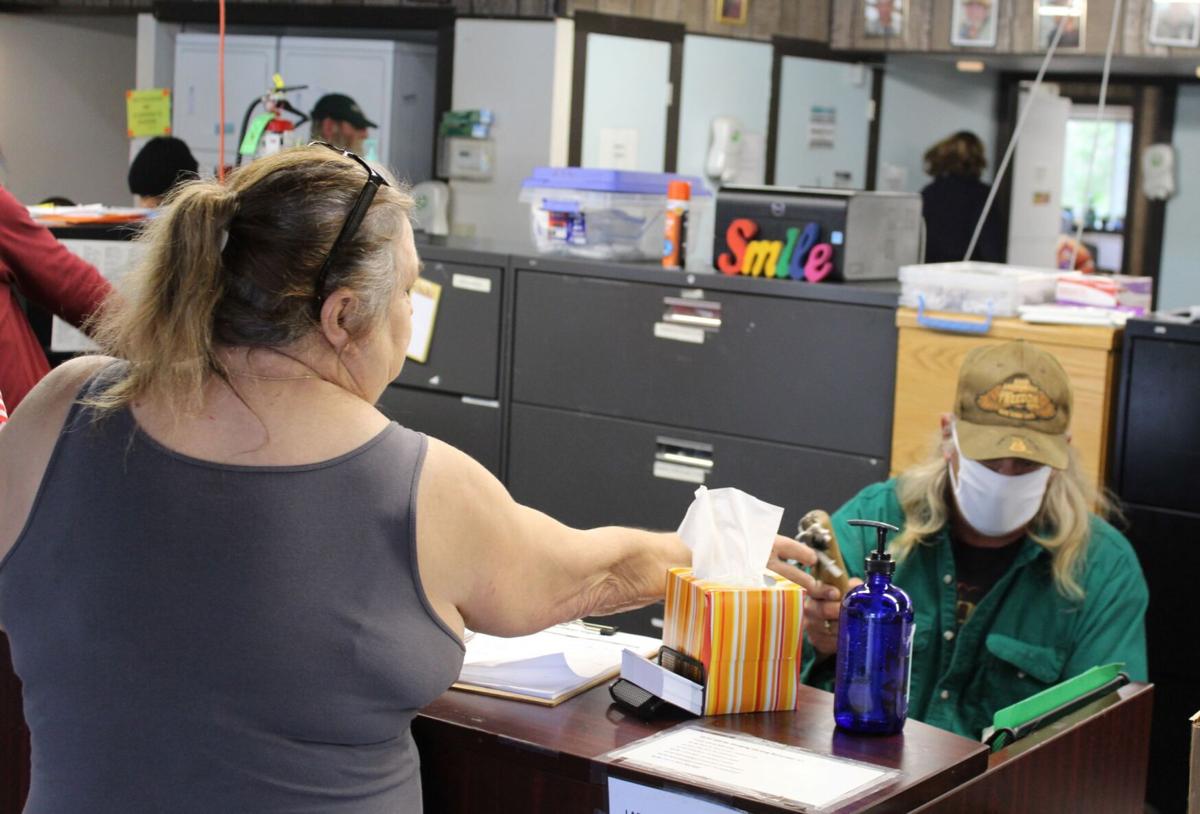 Chuck Coggin helps a client at the Nancy Devereux Center in Coos Bay. The center provides services for more than 300 people every month. 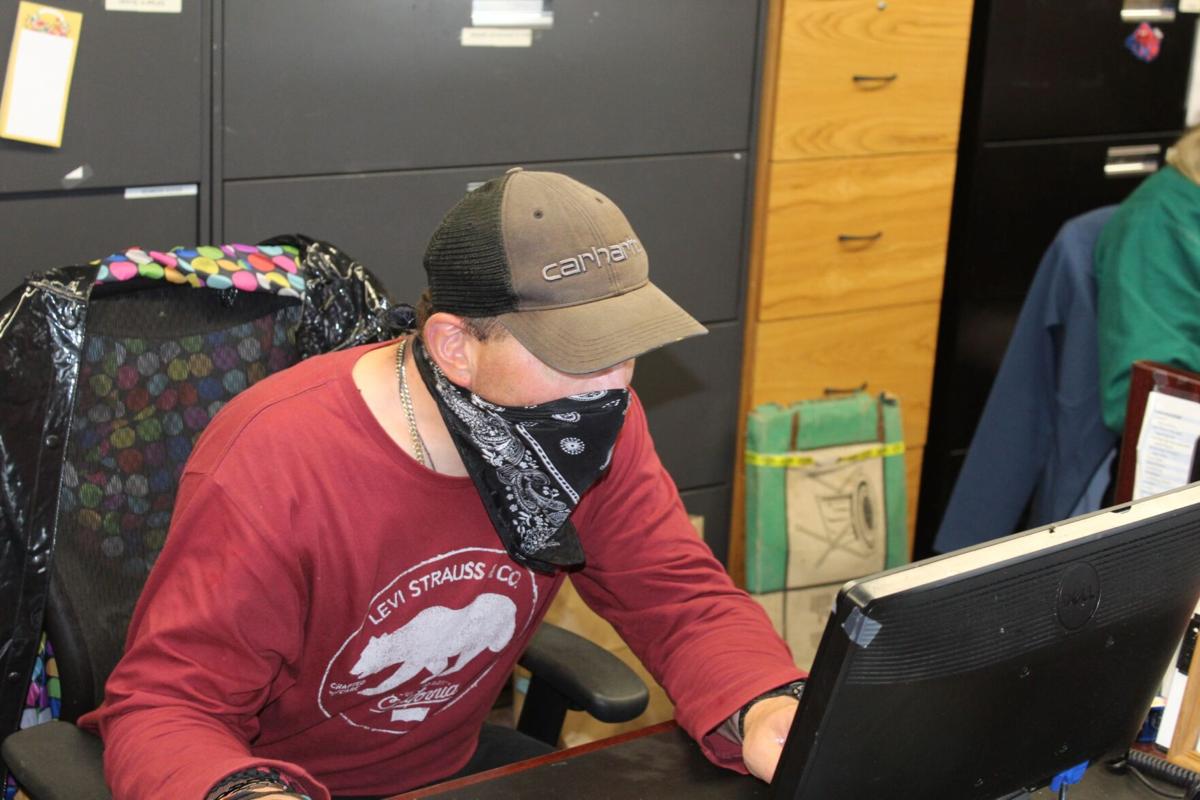 Blake Wright works on a computer while visiting the Nancy Devereux Center in Coos Bay.

Chuck Coggin helps a client at the Nancy Devereux Center in Coos Bay. The center provides services for more than 300 people every month.

Blake Wright works on a computer while visiting the Nancy Devereux Center in Coos Bay.

COOS BAY — As winter begins to bring colder weather to Coos Bay, hundreds of local residents are wondering where they might be laying their heads at night.

Coos Bay City Manager Rodger Craddock said homelessness continues to be a major problem in the city. Craddock said several years ago a survey estimated around 1,200 homeless in Coos Bay.

"It's a daunting number," he said.

While the 1,200 estimates the number of homeless, Craddock said the definition of homeless is fluid. He explained technically, one is considered homeless if they don't have a permanent home. That includes people living in their cars, in hotels and even couch surfing with friends. Regardless, Craddock said there are people in Coos Bay who need help and currently are not receiving it.

Tara Johnson, director of the Nancy Devereux Center in Coos Bay, said she agrees with the estimate of 1,200 homeless.

While the city and Devereux Center agree that around 1,200 homeless are in the area, Johnson said that includes up to 300 children. A recent McKinney-Vento survey of local school districts identified 200 to 300 homeless children ranging in age from birth to 18.

"There's a fair number of those that are on their own, they're unaccompanied youth," she said.

She said the Devereux Center sees approximately 300 homeless each month. The center offers free breakfast and lunch along with services like showers, laundry, access to computers and assistance with things like getting doctor's appointments and qualifying for government assistance.

Despite the work being done at the Devereux Center and other organizations in Coos Bay, the challenges facing the homeless population and the community are not easing.

"We know that something more has to be done," Johnson said. "We're happy to step up and do what we can. It has to be the community stepping up and helping organizations like the Devereux Center"

Craddock said what the city can do it limited. The city has a committee that looks at homeless issues, although it has been limited recently due to the pandemic.

"The reality is we've got to come up with something," Craddock said. "Until we address the underlying conditions, it will be difficult."

Johnson also brought up the underlying conditions — specifically substance abuse, mental health problems and a housing shortage in the community.

"The problems with people are broad," Johnson said. "There's no two stories that are the same. About 20 percent of my clients admit to mental health issues, but we believe it's 90 percent. They don't want to admit it because of the stigma attached."

Looking at the three core issues, Johnson said getting help is extremely difficult.

Starting with mental health, Johnson said Oregon is simply lacking in addressing the needs, homeless or not.

She explained that if a client came to her and said they wanted to stop drinking or using drugs today, there is little she can do. There is often a 30- to 90-day wait to get treatment for substance abuse.

As far as housing, Craddock and Johnson agree that is a problem in Coos Bay. A limited number of rental units, rising costs and pent up demand make it difficult for the homeless to get into permanent housing.

The Devereux Center helps its clients get into housing when possible. Thanks to a grant, the center has helped close to 40 people move into permanent housing over the last few years. The number would be higher but several times clients with jobs and the ability to pay are denied because of previous issues. Because there are more renters than available housing, landlords and rental agencies can turn down anyone with issues.

So the Devereux Center does what it can. Every day during the week, they welcome anyone for free breakfast and lunch. They provide bags of food to help the homeless make it through the weekends.

Johnson said she has heard a lot of criticism about the center, explaining many believe if the Devereux Center and other organizations that help the homeless were to shut down, the homeless would leave.

Johnson said that is simply not true.

"Feeding someone, building relationships with people, is not enabling them," she said. "Many have lived here their whole life or they came here because they're linked to family or friends here."

Johnson explained if organizations that helped were the problem, the homeless in Coos Bay would have already left. She explained that Portland, Eugene and other communities in the state have much better services, if that was the draw.

The homeless are not leaving, Johnson said, so the community needs to do more for them. Addressing their basic needs, providing mental health care and affordable housing is the only long-term solution, she said.

For information on the Devereux Center or for ways to help, visit http://www.thedevereuxcenter.org.