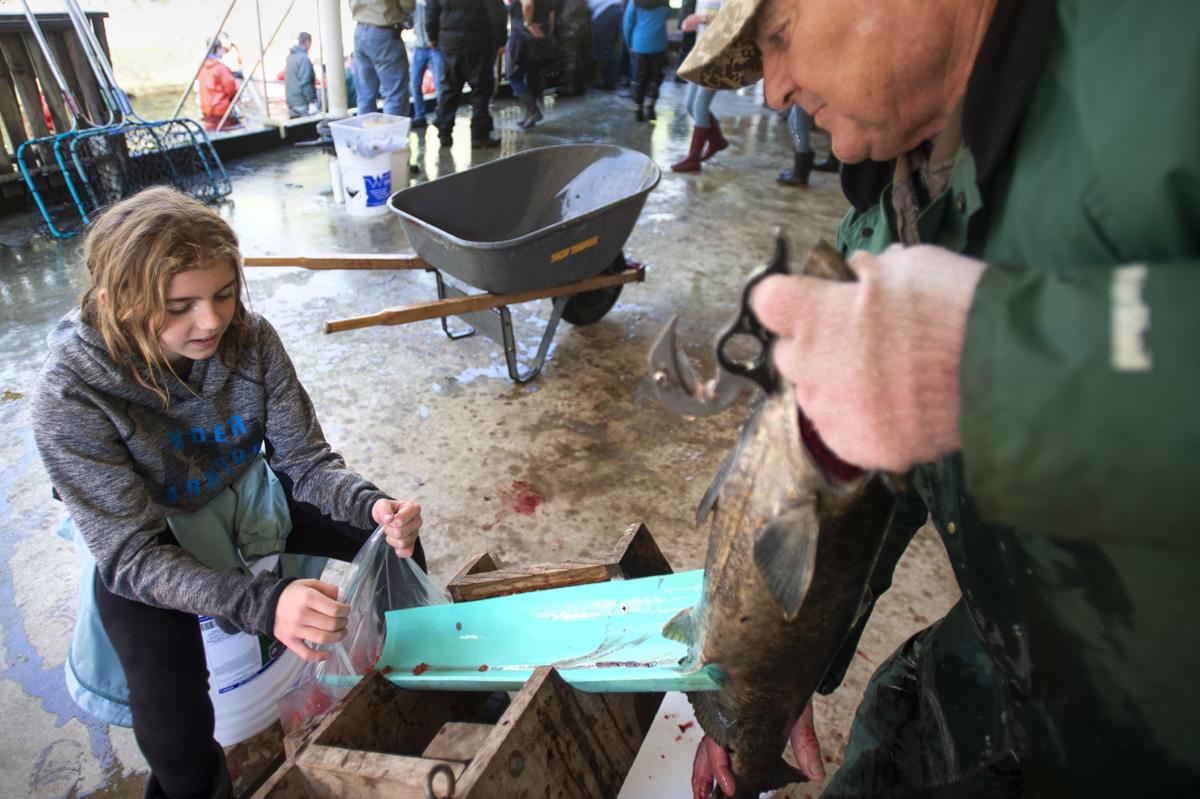 Annabelle Van Hoof catches salmon eggs in a bag as students from Hillcrest Elementary School get a hands on lesson in spawning at the Morgan Creek Fish Hatchery on Nov. 20. 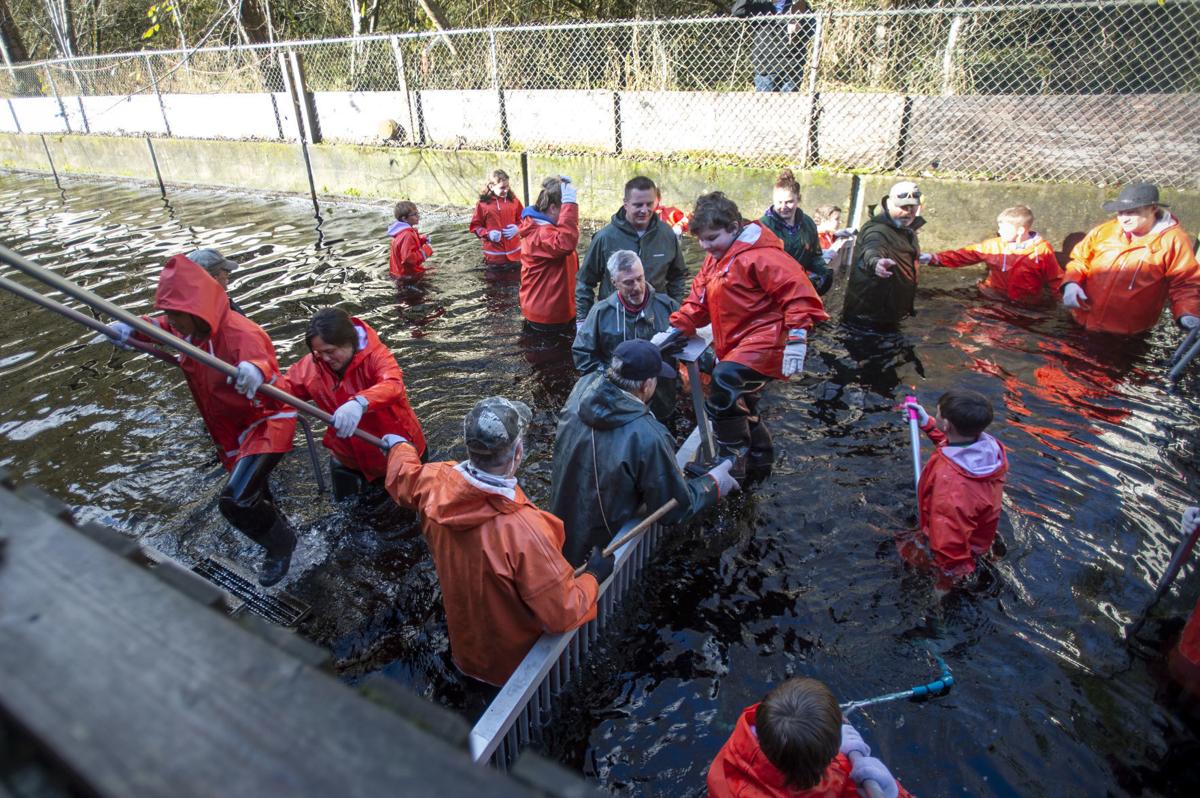 Students from Hillcrest Elementary School get a hands-on lesson as the net salmon in a run at the Morgan Creek Fish Hatchery on Nov. 20. 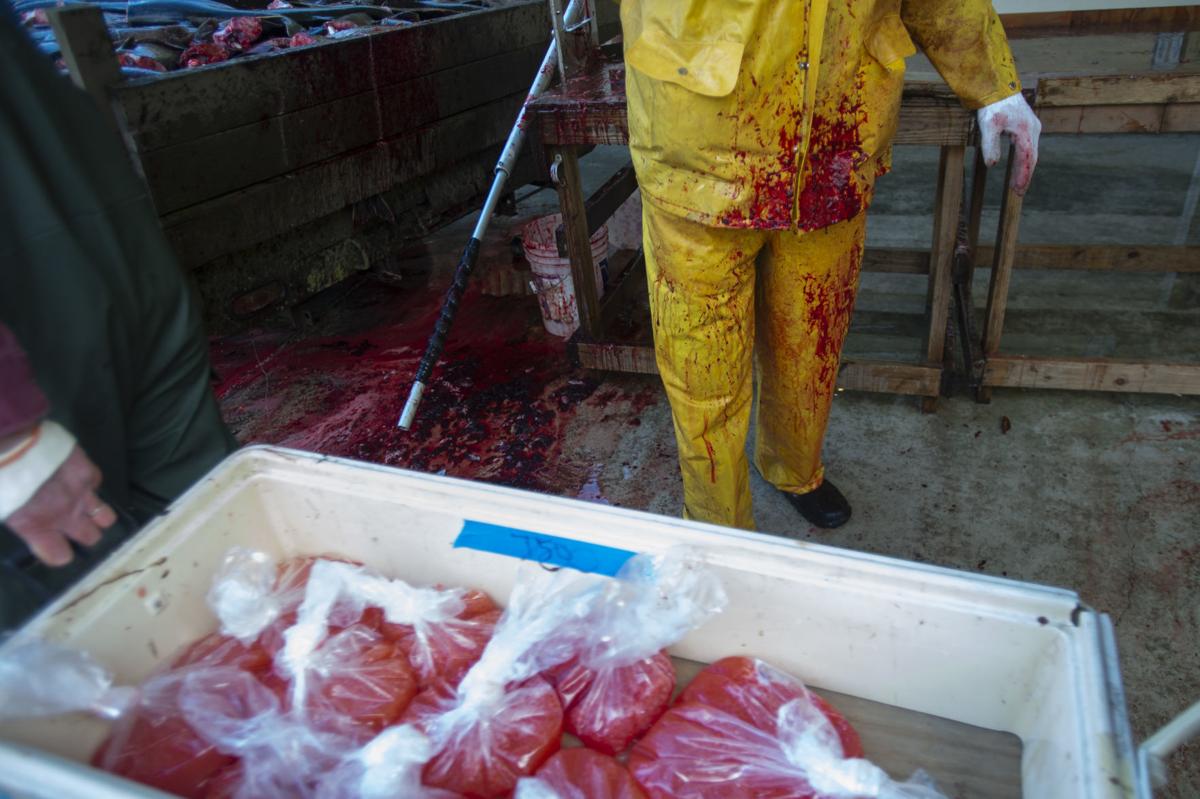 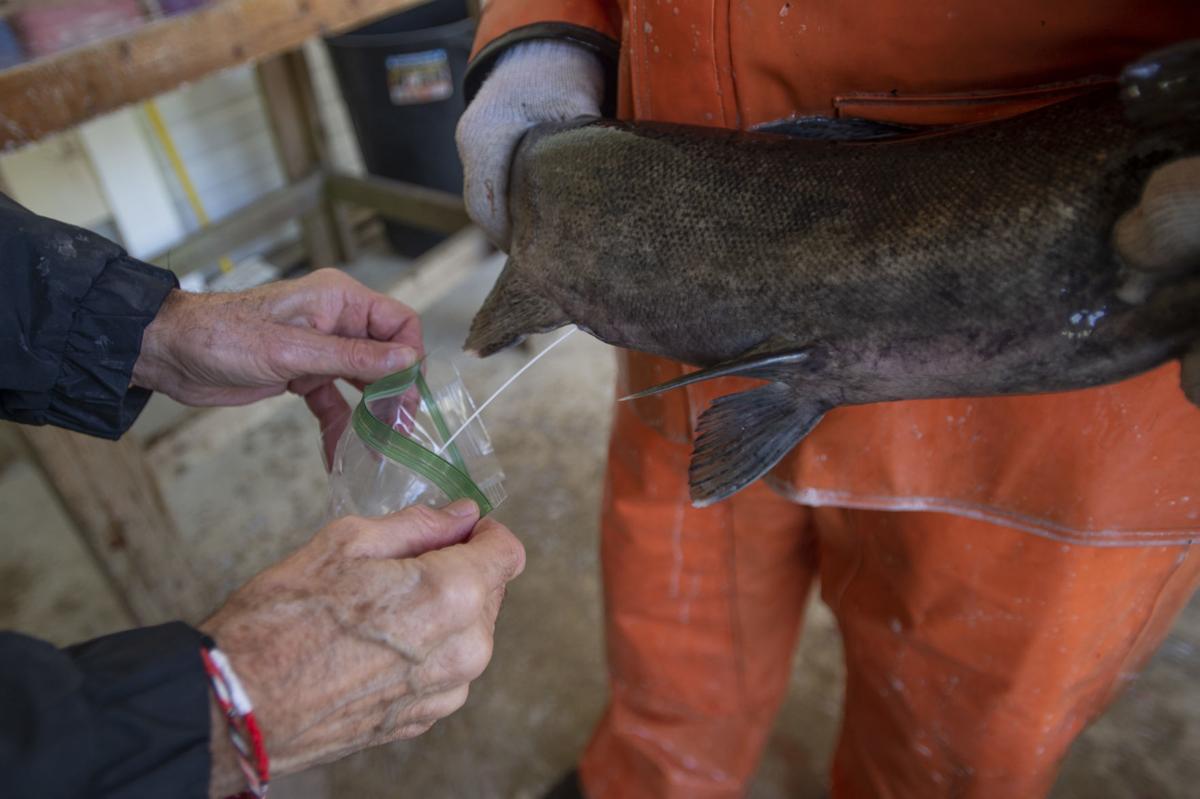 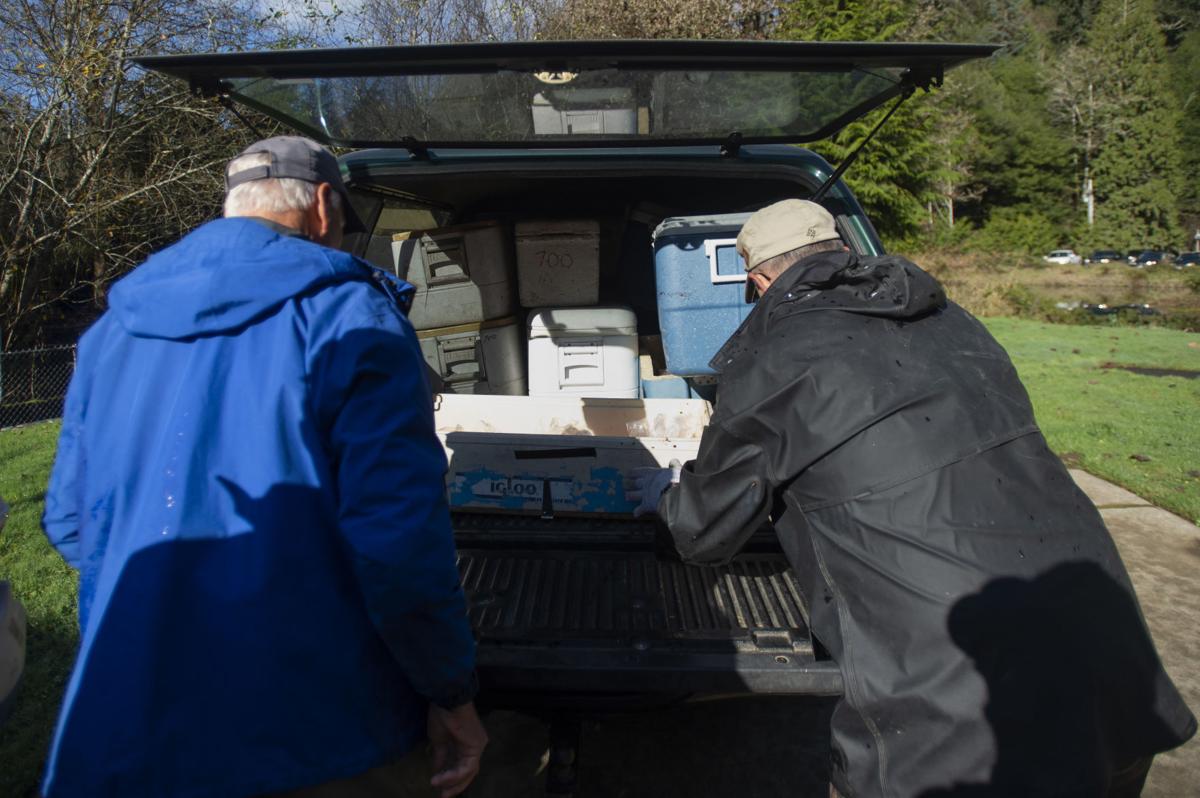 MORGAN CREEK — Throughout the fall, fifth graders from local schools have been taking field trips down to Morgan Creek Hatchery to learn about salmon spawning.

Doning waders and jackets, the curious young students are allowed into the water with nets, some taller than they are, to catch spawning salmon.

Students from Hillcrest Elementary School get a hands-on lesson as the net salmon in a run at the Morgan Creek Fish Hatchery on Nov. 20.

“We do a lot with integrating education into the whole hatchery system so that it’s not just about producing fish, it’s about getting the next generation involved and interacting with it,” said Antonio Salgado, biologist with the Oregon Department of Fish and Wildlife.

Hatchery education programs like this are part of the state's Salmon Trout Enhancement Program, which began in the 1980s.

At the beginning of the school year, Salgado is flooded with calls from local teachers looking to plan trips to the hatchery for spawning season. The students who participate in the field trips get to take part in the spawning process by catching and collecting eggs from the fish to be put into a basin for next year’s crop of salmon.

“It’s a lot of hands-on work that lets the kids learn a lot about the fish as well as the habitat conditions needed to keep on going," Salgado said "If I didn’t have the kids in the water with the adult volunteers they wouldn’t know that the water is as cold as it is, and they wouldn’t really understand that the water has to stay that cold for the salmon to stay alive."

Much of what the kids do is identify which of the salmon they net are males, and which are females. Once the males and females are separated, the students fearlessly assist in collecting the eggs from the females.

“When they help collect the eggs they learn that there are a lot of eggs in each female, and don’t just take my word for it. Without that hands-on experience, it would not be the same,” Salgado said.

According to Salgado, a female salmon can have around 4,000 eggs. On Nov. 20, fifth graders from Hillcrest Elementary netted 67 females collecting an approximate total of 268,000 eggs.

In a fall spawning season, the hatchery hopes to collect 2.5 million eggs. Unfortunately, this fall has been warm and sunny, and without the cool weather and rain the rivers are not in adequate condition for salmon to spawn.

“Fish need water to move up the rivers. Without rain there is very low water in the rivers,” Salgado said.

Because of the great weather we had this fall, a number of fifth-grade classes had to cancel their trips to the hatchery.

Part of the STEP program is also about restoring wild habitat, and not just hatchery production.

“I go out with several classes to measure current spawning habitats … Habitat is a long-term investment, it’s a slow process,” Salgado said.

Hatchery fish that return to spawn are recycled back into the environment to support many different habitats. Salmon that are killed for spawning are returned to streams to support other organisms.

“We have all these salmon that are returning to the system, and they more or less belong to the system. They’re part of the watershed and should be utilized. When you have wild salmon return for spawning, after they spawn they die, those bodies decompose and all kinds of critters feed on them. They even feed insects that later on their young will be feeding on … If we put the carcasses from the hatchery back into the system, we’re enriching and enhancing the environment a little more,” Salgado said.

Over 20 local veterans and their families received a free meal basket Tuesday from Bryan’s Home as part of their inaugural Thanksgiving event.