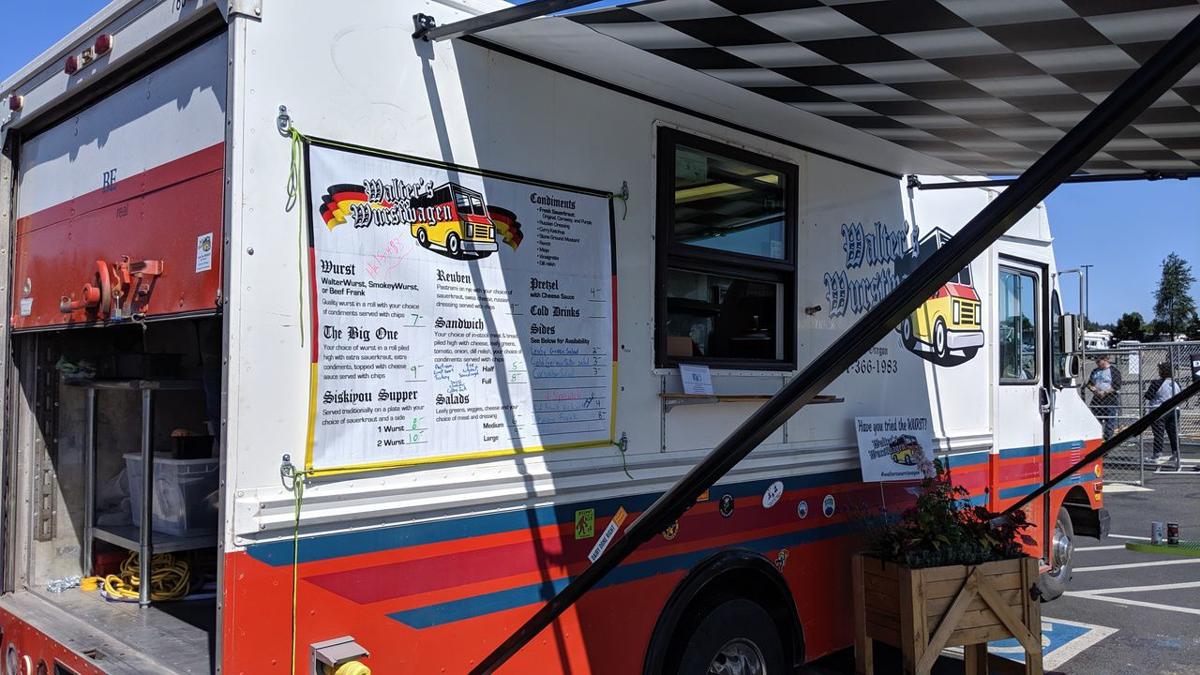 Walter's Wurstwagen is seen here at the Food Truck-Off held at The Mill Casino-Hotel this summer. 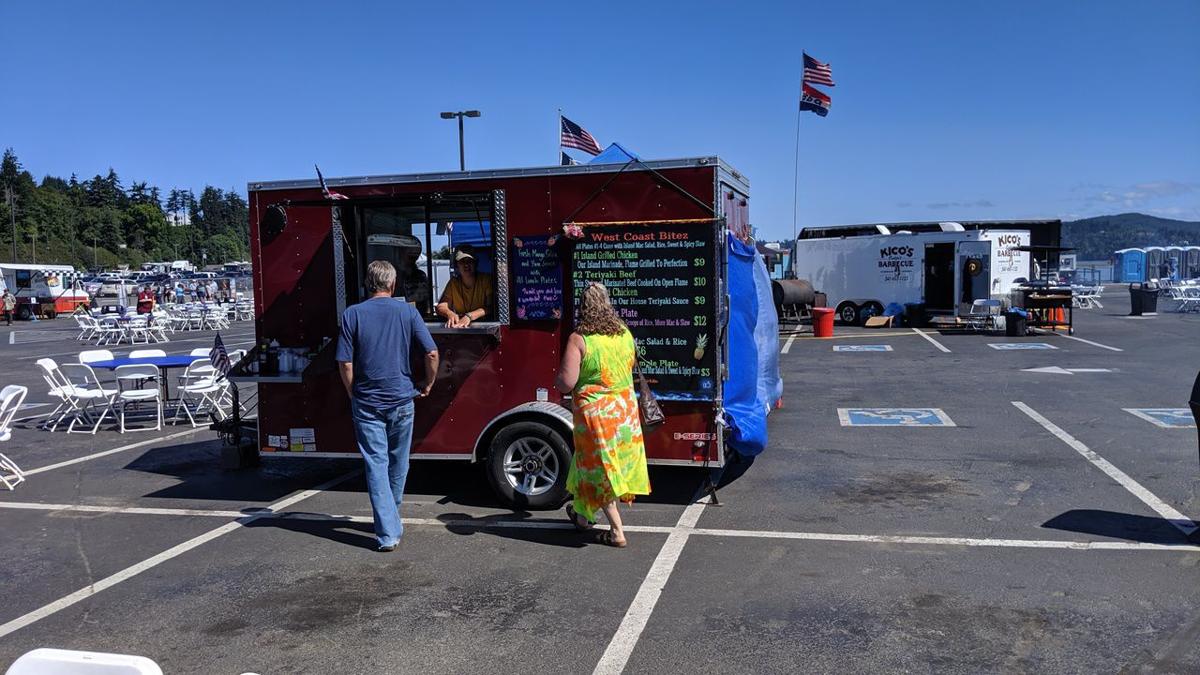 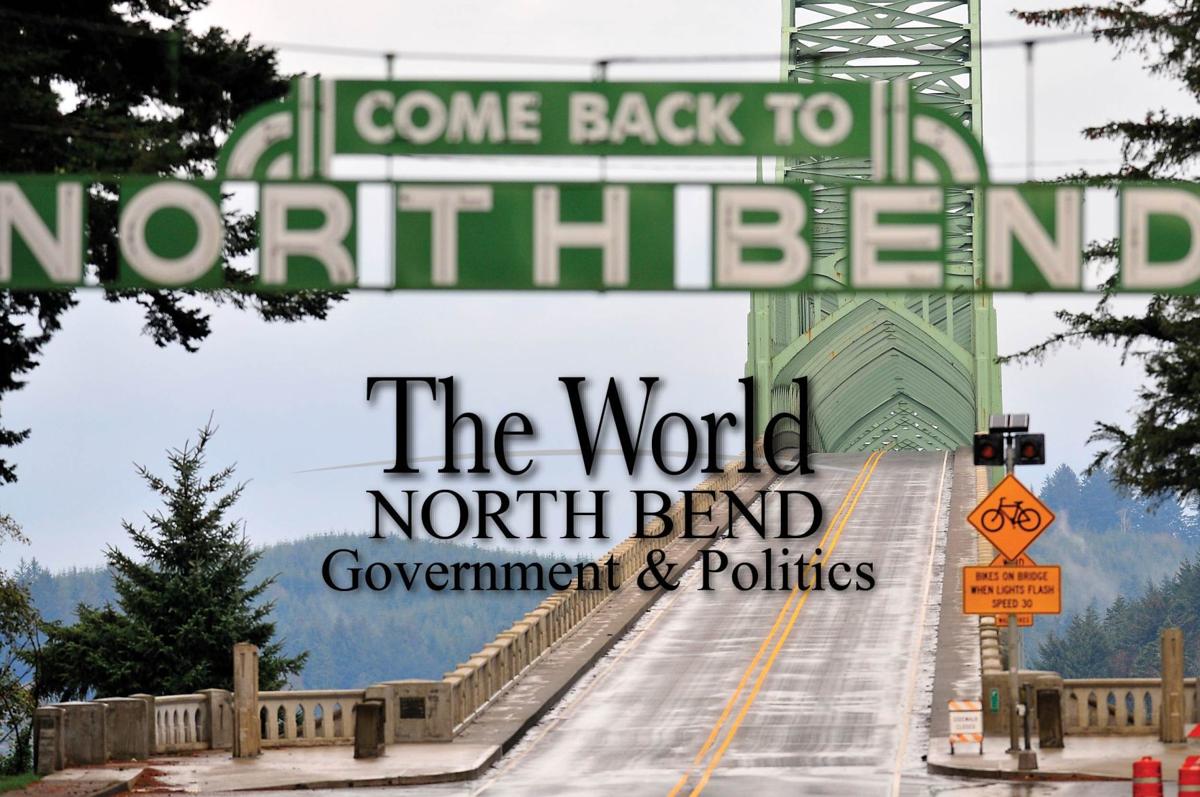 Walter's Wurstwagen is seen here at the Food Truck-Off held at The Mill Casino-Hotel this summer.

NORTH BEND — After months of deliberations, the North Bend City Council approved a motion to reduce the fees charged to food truck operators.

The council voted at its regularly scheduled meeting Oct. 22 to amend certain requirements and fees for transient businesses looking to operate a food truck within the city’s limits.

The amendment changes portions of the city's ordinance regarding businesses looking to sell goods from vehicles or temporary, movable stands.

According to the new ordinance, food truck owners will now be charged an annual transient merchant/food cart license fee of $565, which includes an occupancy/fire inspection fee of $105, a general retail and service business fee of $100 and a public safety fee of $360.

The city previously charged transient-type businesses a license fee of $500 for each location it proposed doing business on which, if issued, was valid for a total of 60 days.

Earlier this year, Councilor Jessica Engelke kicked off discussions regarding the license fee for transient businesses following a conversation she had with a food truck owner who refused to do business in North Bend because of the high costs.

“It really broke my heart when I first heard someone say that,” said Engelke.

In May, she proposed reducing the fee to $205 a year as a way to attract more food truck business to the area. The motion failed when no other councilor would give it a second, citing their own concerns mainly surrounding the city’s current brick and mortar businesses.

At last Tuesday's meeting, Councilor Mike Ereble said he thought following the previous day’s work session the council was going to put the ordinance off for an additional two weeks before making a final decision.

According to Engelke, a few councilors had raised questions at the work session about bathroom access and what the current sanitation laws were in regard to food trucks making accommodations for their employees and customers.

Although the questions weren’t answered, the city can make further amendments to the ordinance to adjust its requirements following staff recommendations, Engelke added. With that said, the council voted 6-1 to pass the ordinance with Erbele opposed.

In addition to the fee changes, the ordinance also outlines a list of requirements that food truck vendors must follow in order to receive a license as well as remain in compliance with city code. A number of parking restrictions are included in the ordinance.

“I do think we have a lot of great cafés and restaurants in town,” said Engelke. “This is just giving us the opportunity to have a variety of options and to encourage healthy competition. It’s just one step toward making (North Bend) a more business friendly community and encouraging the entrepreneurial spirit.”

Bandon School District focuses on a culture of kindness

October is National Bullying Prevention Month, but at the Bandon School District it is just like any other month in the year.

“When children are aggressive against other people, it is an unmet social emotional need,” explained Becky Armistead, principal at Ocean Crest Elementary and special education director for Bandon School District.