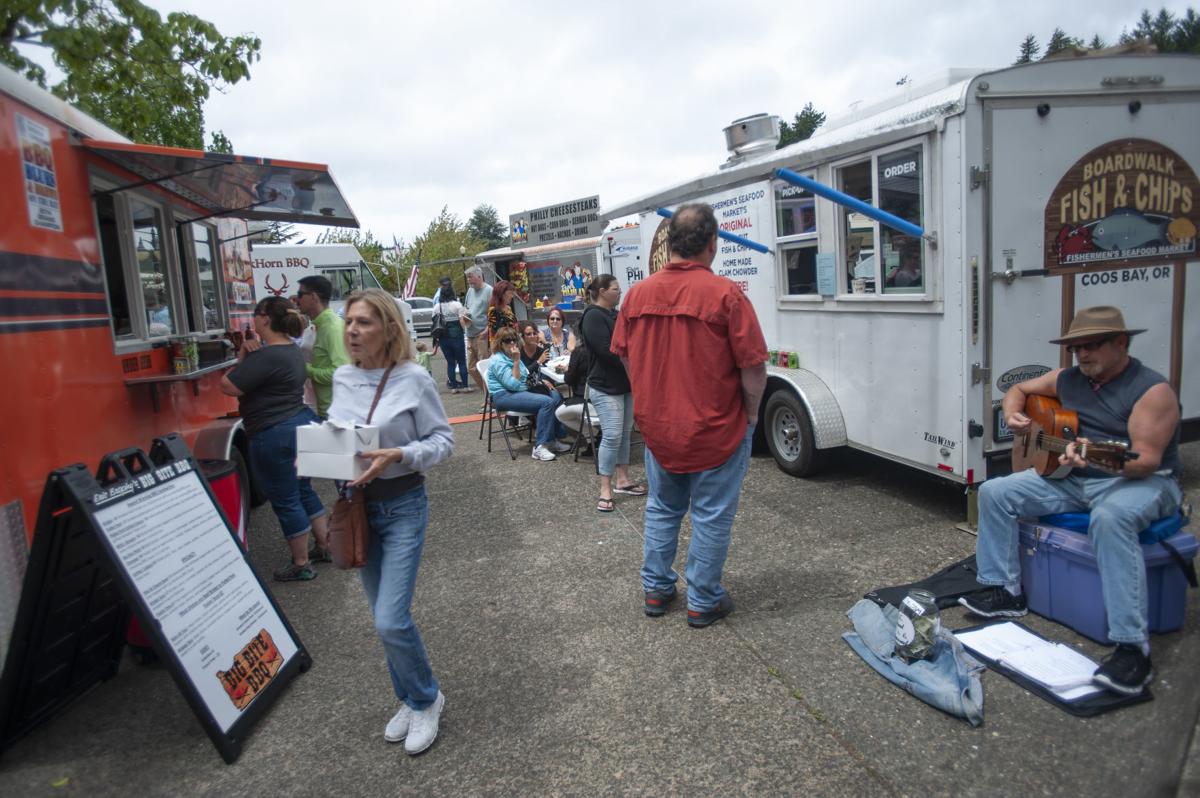 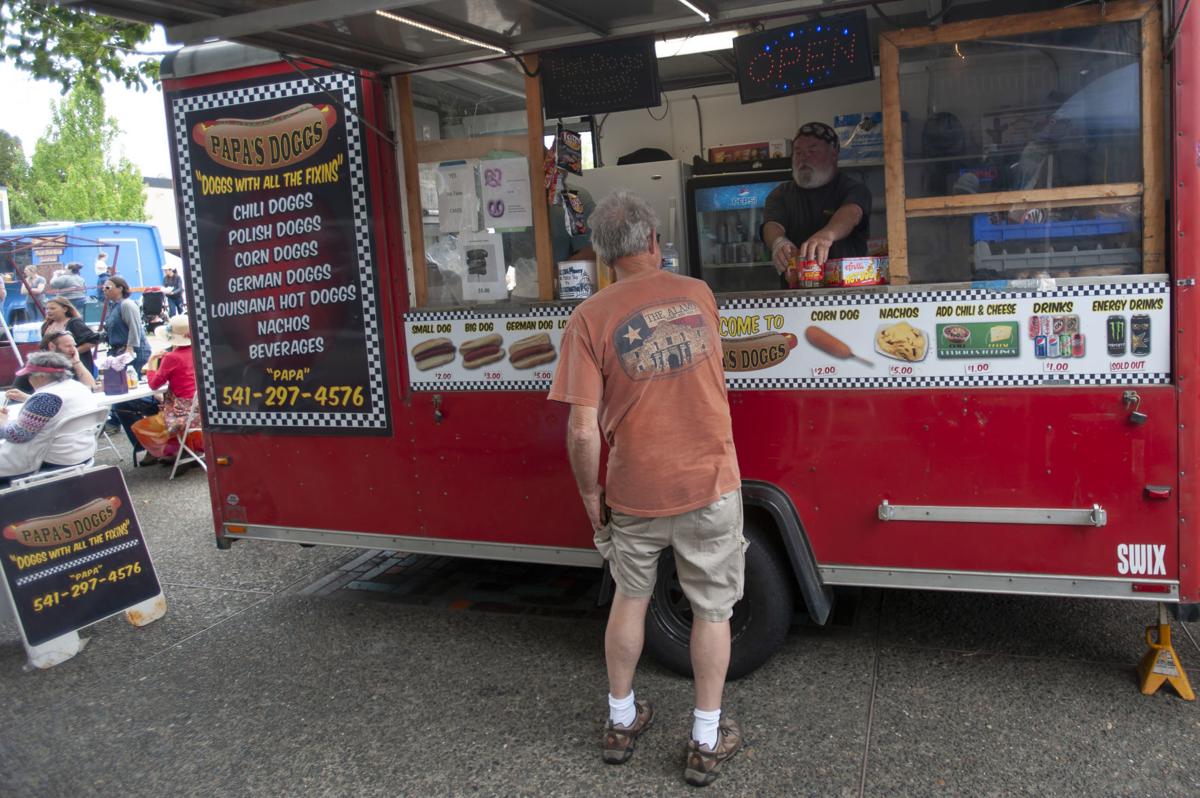 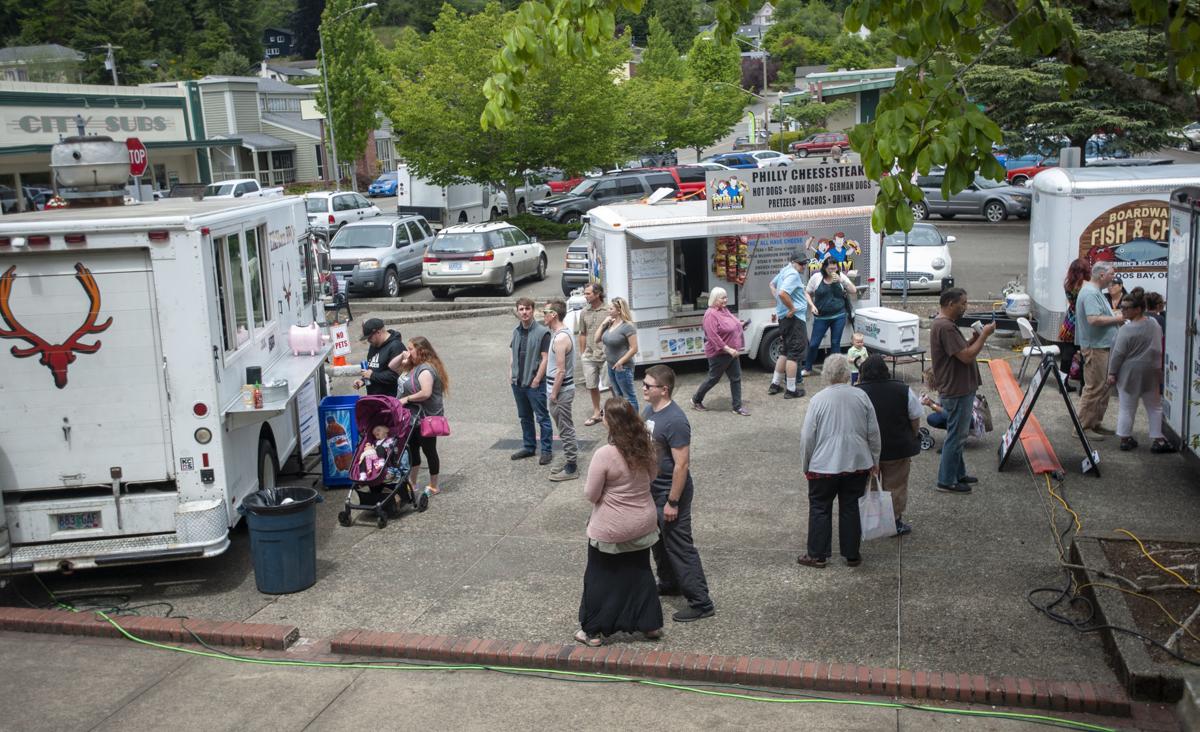 NORTH BEND — A motion to reduce the fees for incoming mobile, transient businesses looking to sell goods throughout North Bend failed last month due to a number of concerns raised by its city council members.

In May, Councilwoman Jessica Engelke made a motion to eliminate and lower the city’s business license fee as a way to encourage food truck owners to do business around town.

As it stands, the city currently charges a license fee of $500 for each location a mobile or temporary business plans on setting up shop.

If approved, the license, which undergoes inspections from the city’s safety officials and staff, is valid for a period of 60 days. It also charges existing businesses with a use permit license a fee of $50 for a period of six months given they meet certain standards.

Engelke proposed adjusting the fee to an annual charge of about $205, which would include the costs of a fire inspection as well as the cost for a general retail/service business fee.

The motion, which also outlined that food trucks could not park within 100 feet of an existing business, failed when no other council member gave it a second.

“Our motto in North Bend is ‘open for business,’ but it doesn’t feel like that when you have these astronomical fees,” said Engelke. “Other towns have figured this out and embraced the food truck culture which has been known to raise tourism.”

After talking to a few local food truck companies, Engelke said the feedback she heard centered around entrepreneurs feeling deterred from conducting business in North Bend because it’s just too expensive.

“I realized how much of a problem this is,” said Engelke. “It’s not how I think the City of North Bend wants to represent itself as the city where you don’t want to do business.”

Engelke talked about neighboring city, Coos Bay, and compared their fees and regulations in relation to transient businesses where its annual business license fee is $50.

According to North Bend city records, the last time the its city council amended its ordinance relating to selling goods from vehicles or temporary, moveable stands was in 1987. A number of city officials couldn’t remember, with the exception of one business, the number of businesses that have ever applied for the license.

In the past, the city has waived or reduced its license fee to organizations, businesses or individuals looking to sell in any festival, event or activity that promotes or advertises the city of North Bend. It will also waive the fee for charitable, religious, educational or philanthropic purposes, according to the ordinance.

With businesses being required to pay the recently passed monthly safety fee of $30, Councilman Mike Erbele said at the meeting he didn’t think the new proposed fee seemed high enough compared to the overall costs associated with the city’s current brick and mortar businesses.

Councilman Howard Graham talked about his discussions with a few of the city’s businesses and their thoughts on the matter which he said they did not favor. He warned the council about potentially upsetting current business owners and coming up with a fair fee assessment.

A number of the councilors commented about gathering more information, details and input from local businesses before making a decision.

Jennifer Holmberg, a co-owner of Union Avenue Brew, said she understands the issue from both sides.

“I think there are a lot of people in this town and a lot of tourists who come down that there is enough room for us all,” she said. “I know I don’t want a truck parked right in front of my store so maybe even increasing the footage to where they could park would be good.”

As a small business owner herself, Holmberg said she understands how the current fee could be difficult and costly for trucks looking to do business around town. She is concerned about available parking in the downtown area and what added trucks and customers would do to its already limited space.

“The city could make a little food truck area down by the boardwalk and maybe even put some tables,” said Holmberg. “One of our customers had an idea that the people who are fishing could pull up to the dock and get food from the trucks.”

Paula Holmes, the owner of the Tin Thistle Café, said she was not in favor of lowering the fee and adjusting the city’s current ordinance.

“I feel like that would take from the local businesses that we have,” said Holmes.

While no further decisions have been made, city council members did approve a motion of Engelke’s in March that would temporarily allow food trucks or moveable stands to sell within the city at a reduced price.

The motion, which is valid until August, states that vendors can gather and sell in the parking lot next to the Odd Fellows Building on Mondays if they’ve completed and paid for their fire inspection and general retail/service business fee.

“I’m not looking to try to hurt any local brick and mortar stores,” said Engelke. “I just want to find a solution that is best for all businesses. I’m open to continuing to have this conversation and I encourage folks to attend a city council meeting or work session and give a public comment.”

The next city council meeting is scheduled to take place June 11 at North Bend City Hall located on 835 California Ave. at 7 p.m.