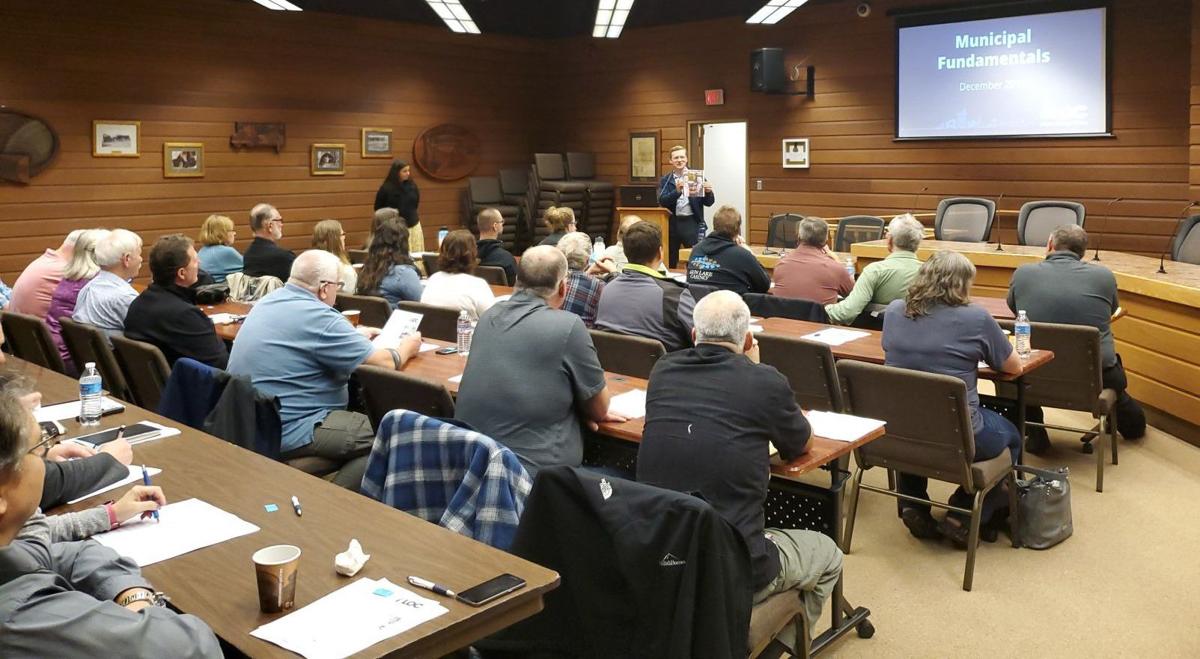 The Municipal Fundamentals course was held in Coos Bay on Thursday, put on by the League of Oregon Cities. 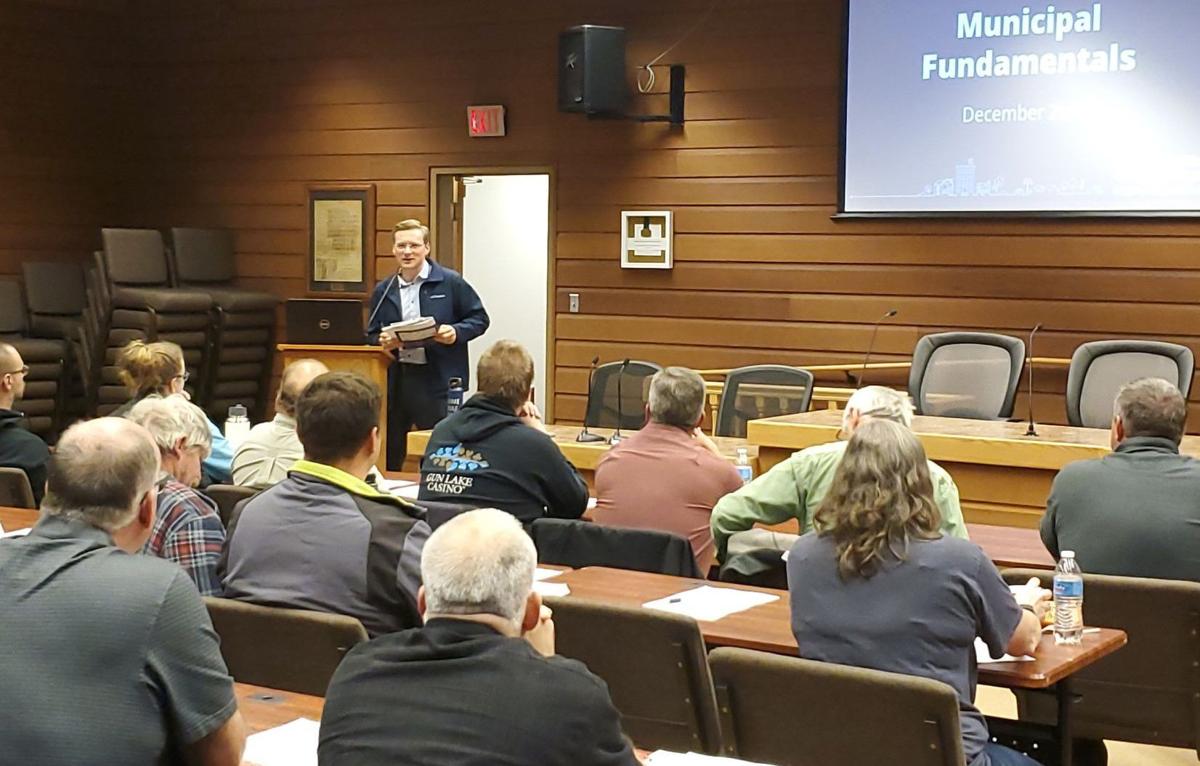 COOS BAY — City officials from across the state attended a training in Coos Bay through the League of Oregon Cities on Thursday.

Thirty-four officials attended the Municipal Fundamentals course, focused on training elected officials, city officials and committee members the basics of working for an Oregon city. This was the first time the course was offered in Coos Bay in a number of years, brought here by League of Oregon City board member and Coos Bay City Councilor Drew Farmer.

“This course covers the roles and responsibilities officials have, covers the Oregon ethics law, public records law and public meetings law,” said Patty Mulvihill, general counsel for the LOC. “When we set these trainings up, we identify where we haven’t been in the past and where we have board members so we can have board participation.”

Farmer opened the training inside the council chambers at Coos Bay City Hall, though it was Mulvihill who led the course.

“It’s important for everybody,” she said. “In terms of the Oregon Government Ethics Law, there are a bunch of requirements for everyone who volunteers to represent or be part of a city as far as what kind of gifts they can accept from people, what conflict of interest is and what mistakes are accidental. If they take this class, they can avoid those accidental mistakes.”

Mulvihill added that the public records and public meetings part of the course is necessary for participants because, “if you’re any kind of public official, you will be doing both.” This means any note taken is the creation of a public record, “which means they need to know what to do with it.”

The Municipal Fundamentals course is offered in odd years for $25, while a larger version known as the Elected Essentials course is given for free on even years.

“Elected Essentials covers the same concepts but also has a session with the city and county insurance to limit risk exposure,” Mulvihill said. “It also has workshops with councilors and mayors where people are worked through scenarios.”

The Elected Essentials course is also scheduled after elections when there is large turnover in representatives.

“This is our favorite thing, which is to work with our members and educate our members,” Mulvihill said.

Cold cases and missing people from around Oregon

A collection of cold cases and missing people from around Oregon.