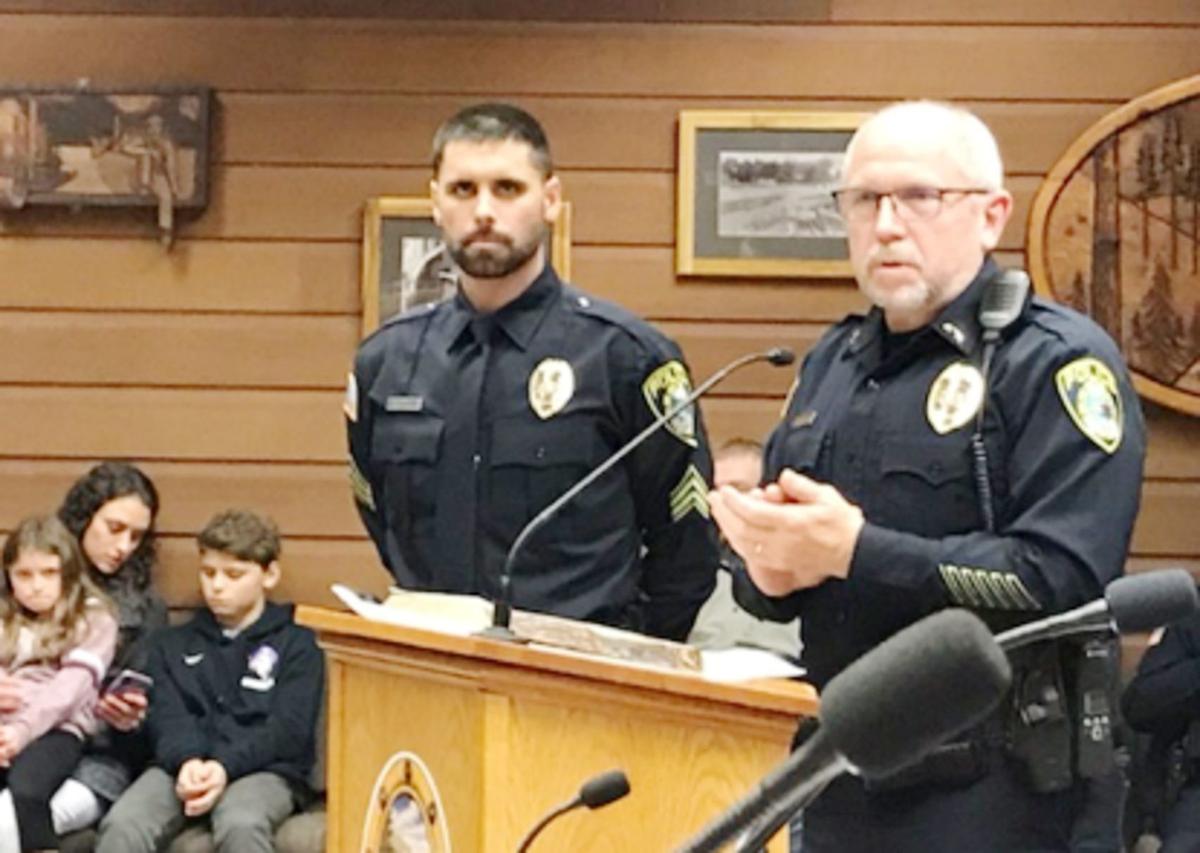 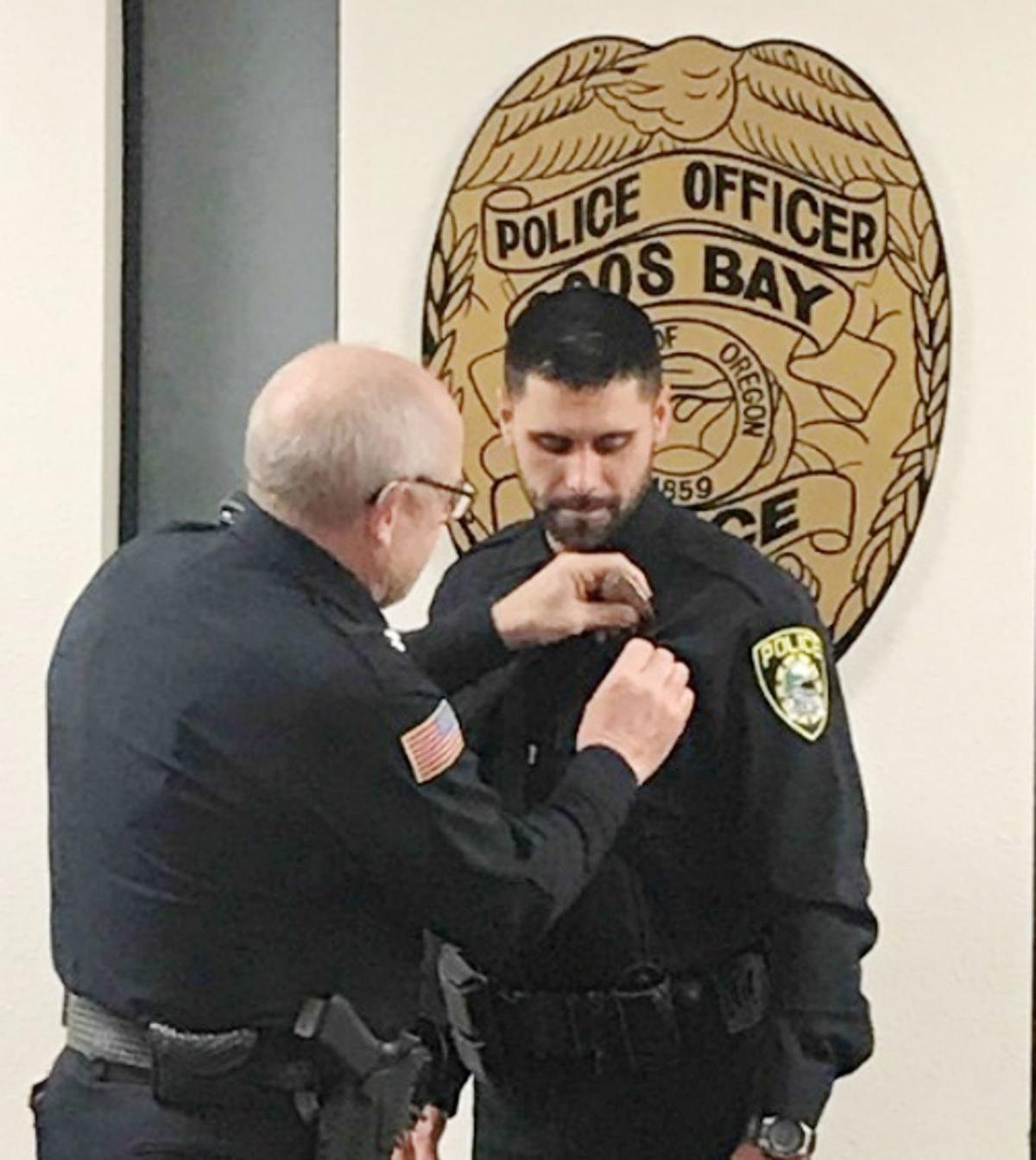 COOS BAY — The Coos Bay Police Department held a promotional ceremony for Reserve Officer Luke McGriff on Jan. 21, where he was promoted to the rank of reserve sergeant.

McGriff was also recognized later that same evening at the City Council meeting for his promotion, as well as his "selfless dedication to the Coos Bay Police Department and the citizens of Coos Bay," Coos Bay Police Chief Gary McCullough was quoted in the city's newsletter as saying.

McGriff began his career as a reserve officer with the Coos Bay Police Department in August 2013, mostly on Friday and Saturday nights. Since then, McGriff has undergone hours of training, including a 32-week Reserve Officer Academy along with learning to become proficient in the use of various police-related skills such as firearms, defensive tactics, electronic immobilization devices, emergency vehicle operation, report writing, criminal investigation, DUII detection, criminal booking procedures and policy and procedures.

"Over the past six years, McGriff has worked his way through various phases of the reserve program and he is now a Level 1 Reserve Officer, which allows him to patrol our streets as a solo officer," McCullough said.

To date, McGriff has donated over 2,000 hours of his own personal time as a volunteer. McGriff works during the day with Pacific Power. For every hour that he volunteers with the city, Pacific Power donates an hour's pay to the CBPD reserve program.

"It was with our upmost appreciation of Reserve Sergeant McGriff’s dedication, professionalism and positive impact on the Coos Bay Police Department, the citizens of Coos Bay, and the Coos Bay Police Reserve Program that makes us proud to promote him and recognize him for all of his hard work and dedication," McCullough said. "Thank-you Reserve Sergeant Luke McGriff for all you do to better our community."