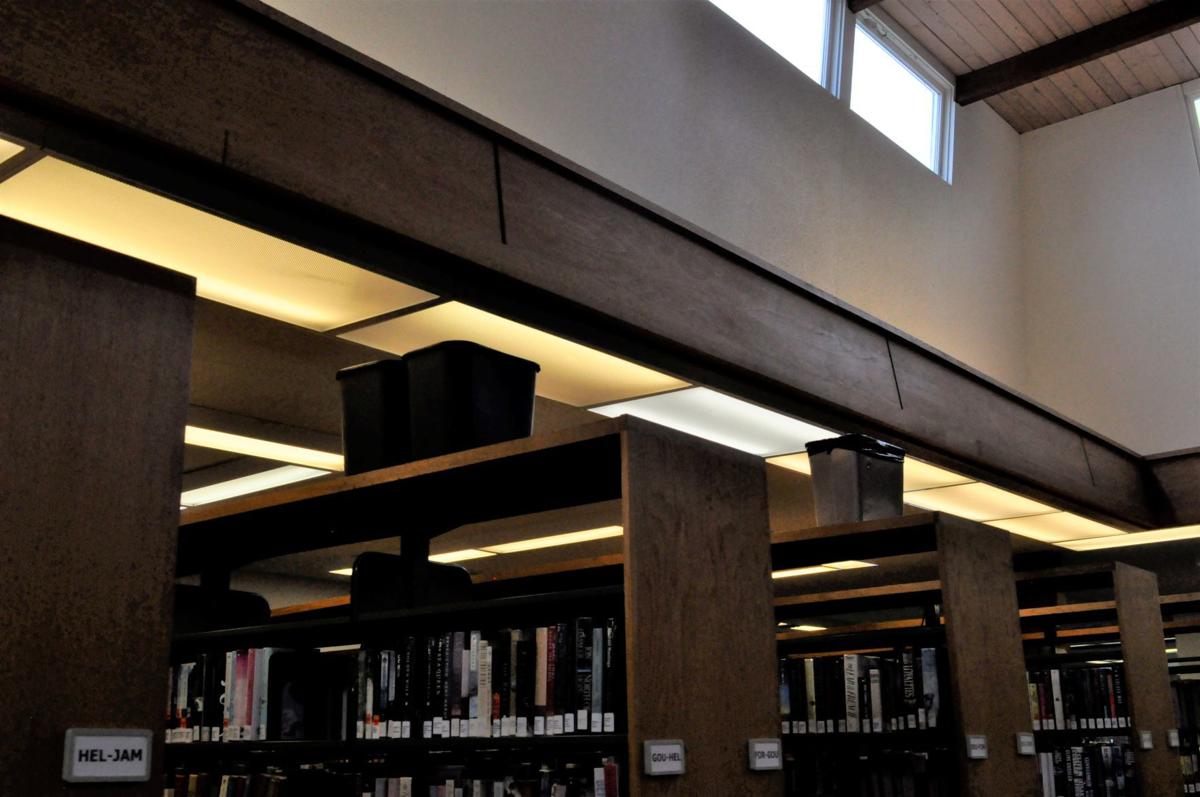 Coos Bay Public Library places bins on top of its bookshelves to catch the many ceiling leaks during the winter months. 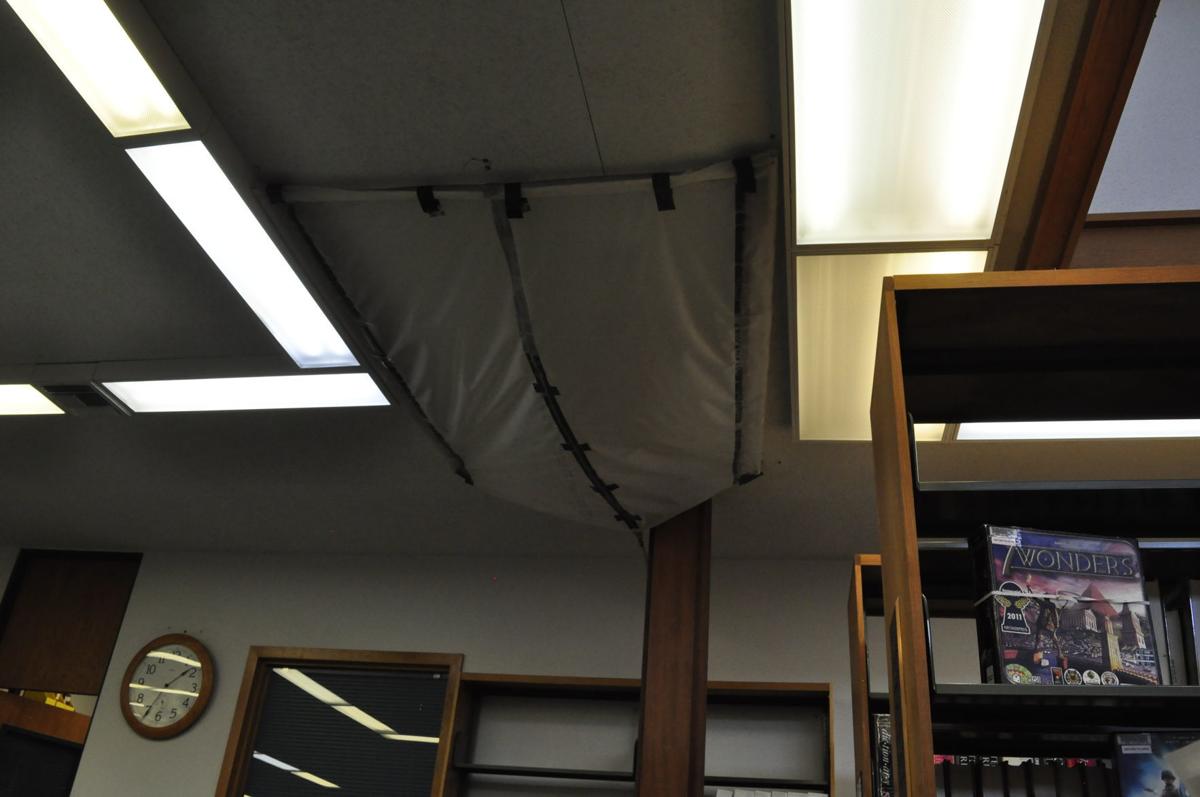 The Coos Bay Public Library is rigged up with a plastic tarp with a hose connected to drain rainwater from its roof's largest leak.

COOS BAY — The Coos Bay City Council will ask voters in the May 2021 election to approve a bond measure to fund a new Coos Bay Public Library.

The decision was made at Tuesday night's regular council meeting. With the library's structure failing, the council felt it necessary to pick a date for a bond measure to be presented to voters. The exact amount of the proposed bond has not yet been determined.

The Coos Bay Public Library is rigged up with a plastic tarp with a hose connected to drain rainwater from its roof's largest leak.

“It was told to us three years ago when I came back on as mayor that we had five years, probably.” Coos Bay Mayor Joe Benetti said of the library building. “We’re just Band-Aiding this property to get through to a place where we can find a new facility. Even if everything gets passed and built, we’re talking two to three more years.”

In 2018, a property along Ocean Boulevard east of the Verger Chrysler-Jeep-Dodge dealership was purchased as the location for the new library. Since then, the question has been how the city will pay for construction of the new building.

“Part of our plan is to seek out any grant funding and foundation funding we can to offset the cost,” Coos Bay Library Director Samantha Pierson said. “The point of fact is that to build a large building it costs a lot of money, and it will have to be a bond. Without the library here there’s a lot of people who would go without a lot of things, and I feel like the community would be an emptier place without a library.”

Pierson said that the rough cost of the new building is projected at around $16 million.

Based on a study done back in 2013, it was determined that it was more financially responsible to build a new library outside of the tsunami inundation zone instead of renovating the existing building.

Being constructed on fill land, the current library building at 525 Anderson Ave. is sliding and sinking, causing extensive damage to the structure.

“The building was built to the standards of the time, but that was the early 1960s … What we’ve found is that part of the reason the pilings are failing is that because this is all fill, the tidal influence is causing both water and dirt to be pushed and pulled under the building. It’s exposing these pilings that aren’t meant to be exposed,” Pierson said.

The movement of the building causes frequent issues with the library’s plumbing and electrical systems. Pierson said she was uncertain how much the library spends annually just to maintain the building, but it is significant.

The building is currently safe to use, but Pierson said it’s always in the back of her mind that it could change.

“There’s no current spot big enough for us to go even temporarily,” Pierson said. “Our collection is constantly evolving, and even if we had to close for a year, by the time we opened back up we would be about two years behind. It would be a very difficult thing to come back from.”

It is important to note that the library is the most visited and most utilized city building by citizens in Coos Bay. Pierson said that more than 300,000 people visit the library each year.

“It’s not only used obviously for books, but people take classes and learn things through programs here. They come for our children’s program … It’s a community center, it’s one of those things that you can’t put a price tag on. We get a lot of visitors every day for a wide variety of reasons,” Pierson said.