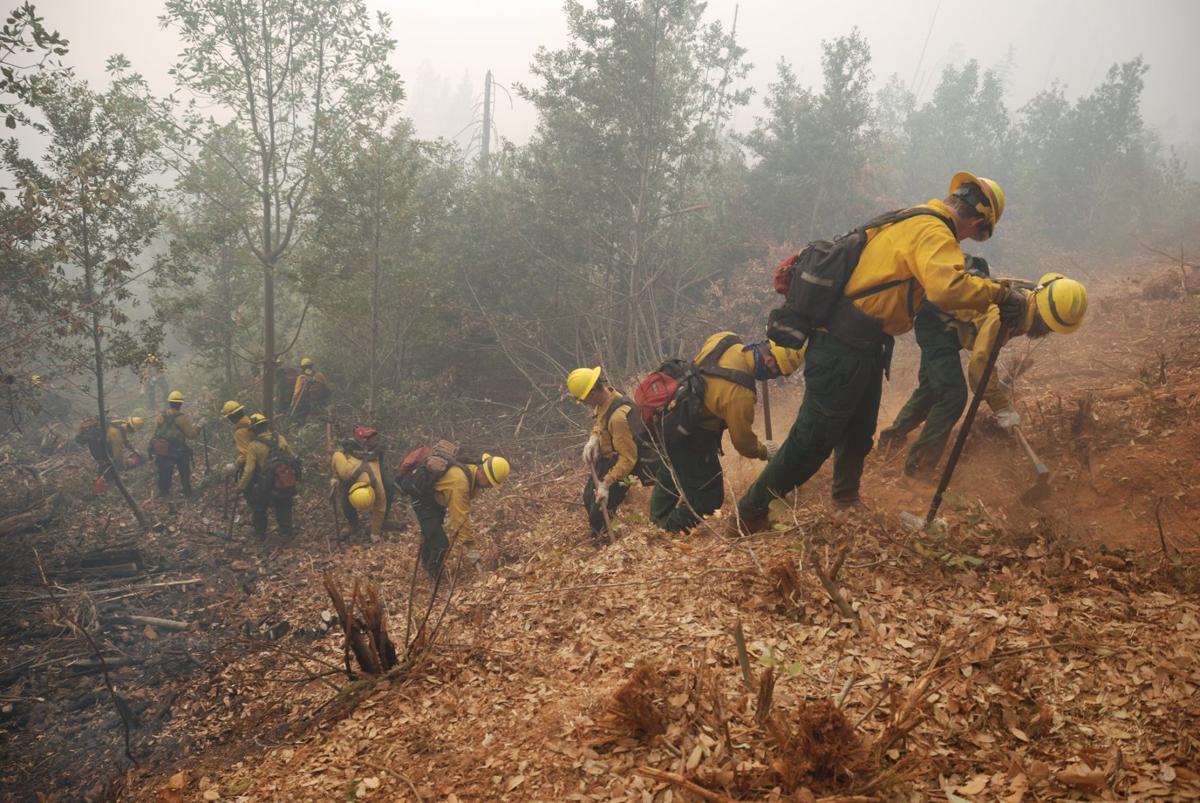 With the heavy smoke inversion and decreased fire behavior, firefighters dig and cut fire line on the western edge of the Klondike Fire over the weekend. 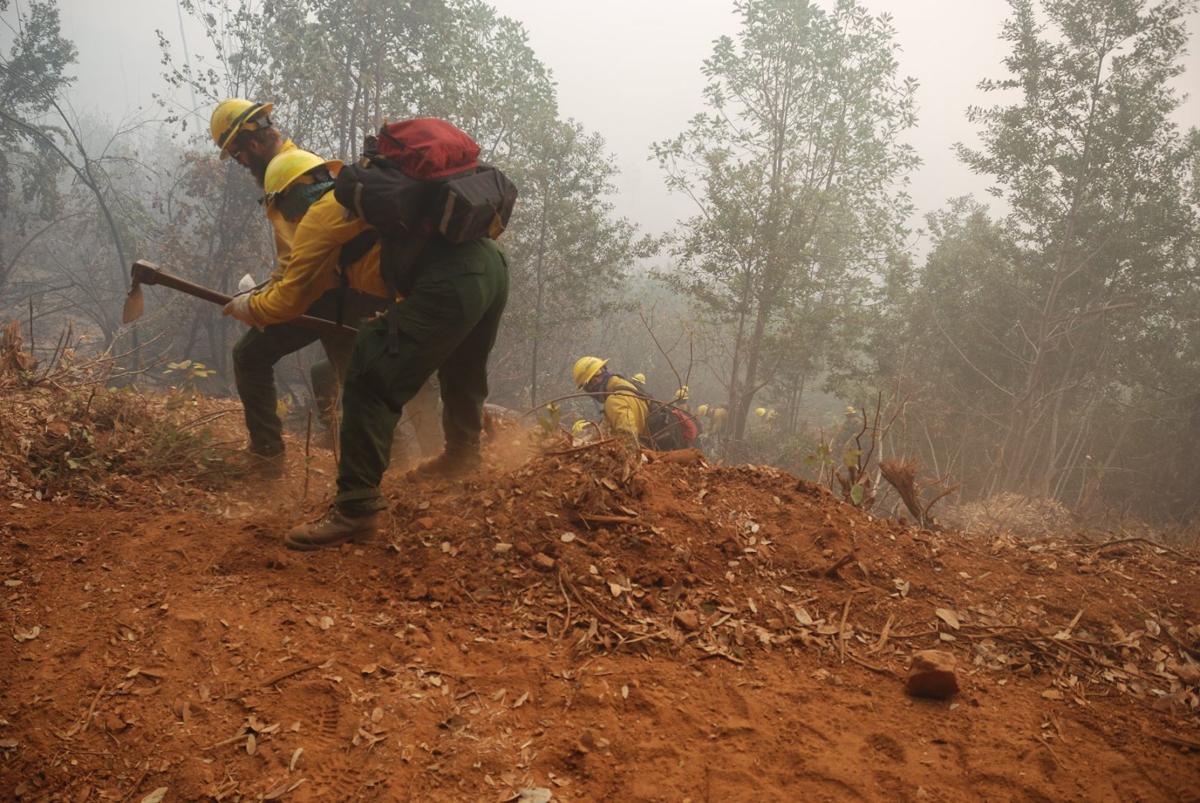 Fire crews digging and cutting fireline on the Klondike Fire over the weekend.

AGNESS – Favorable weather conditions on Saturday allowed firefighters to make good progress across the Klondike Fire West Zone, according to a press release from the fire information center.

Fire crews digging and cutting fireline on the Klondike Fire over the weekend.

Where access permits, crews continue to lay hose, bringing water where it is needed, as crews work to strengthen hand lines.

"Keeping the fire south of the 2308 road is an absolute priority and firefighters have been working 24/7 for the past three days to accomplish this mission," the release said.

Helicopters are called in to “cool off the green” so that any wind shifts can’t establish spot fires on the wrong side of the line.

Firefighters also call in bucket drops at specific locations to cool off areas within the strategic burn that might be building up heat. The goal is to achieve a low-intensity fire that secures the fire line and minimizes tree mortality.

"These forests evolved with wildfire and they are able to tolerate the low intensity burn," the release said. "Large trees are only exposed to heat for a short period as the ground fuels are consumed and mop up crews follow with water."

No houses or other structures have been lost, according to officials.

But residents of Oak Flat, Old House and residents on the south side of the 33 road in Agness continue to be evacuated from their homes with a Level 3 (GO) evacuation order.

Level 2 (BE SET) evacuations are in effect for Spud Road west of the Illinois River, Agness residents north of the Rogue River and on the north side of the 33 Road from the Illinois River Bridge to Coon Rock Bridge.

Temperatures and relative humidity are expected to be moderate in the coming days.

Klondike Fire East Zone - Removal of fire-damaged trees that threaten roads continues across the zone. Road grading and ditch restoration are moving ahead rapidly. These activities are necessary to restore safe public access to the fire area as soon as possible.

The public can expect to see continued isolated smoke columns from the interior of the fire until season-ending weather arrives.

Resources on the fires: