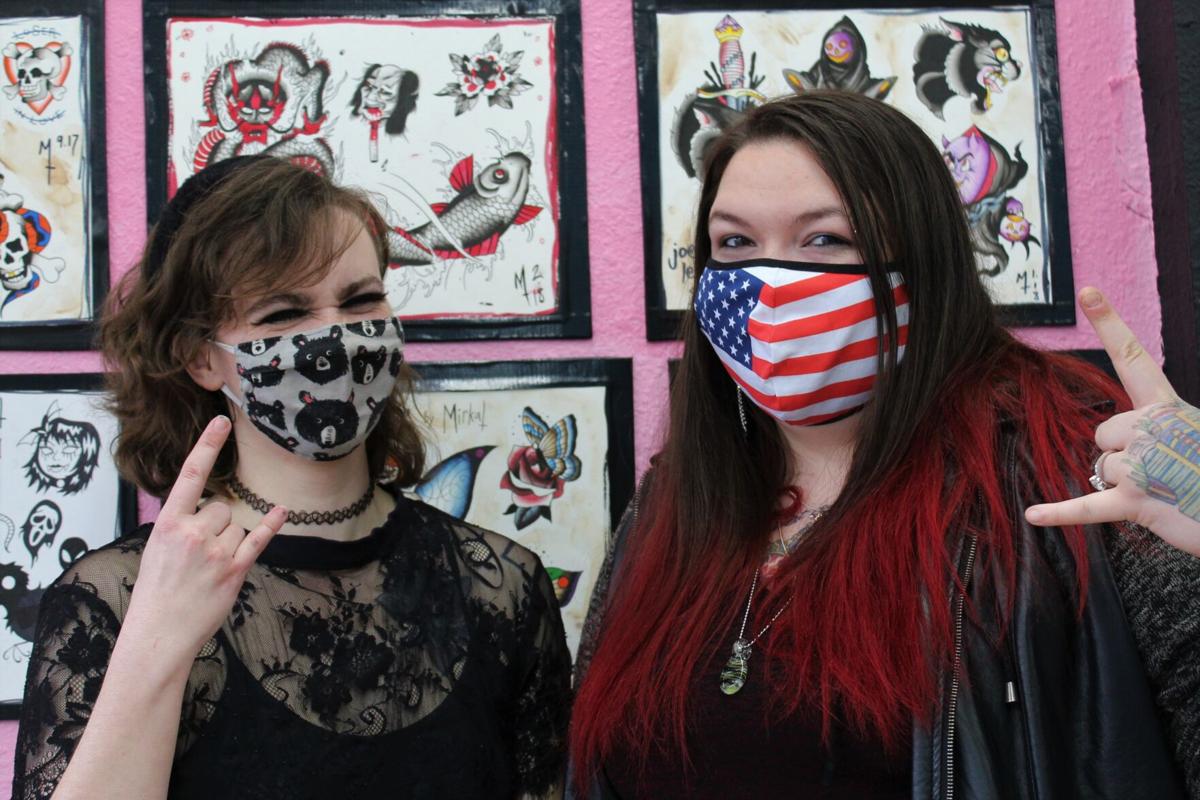 Mira Kent, left, opened Sailor Selkie's Street Shop earlier this month. The new shop gives Loren Osborne the chance to continue her career in a spot one door down from the place she'd always dreamed of. 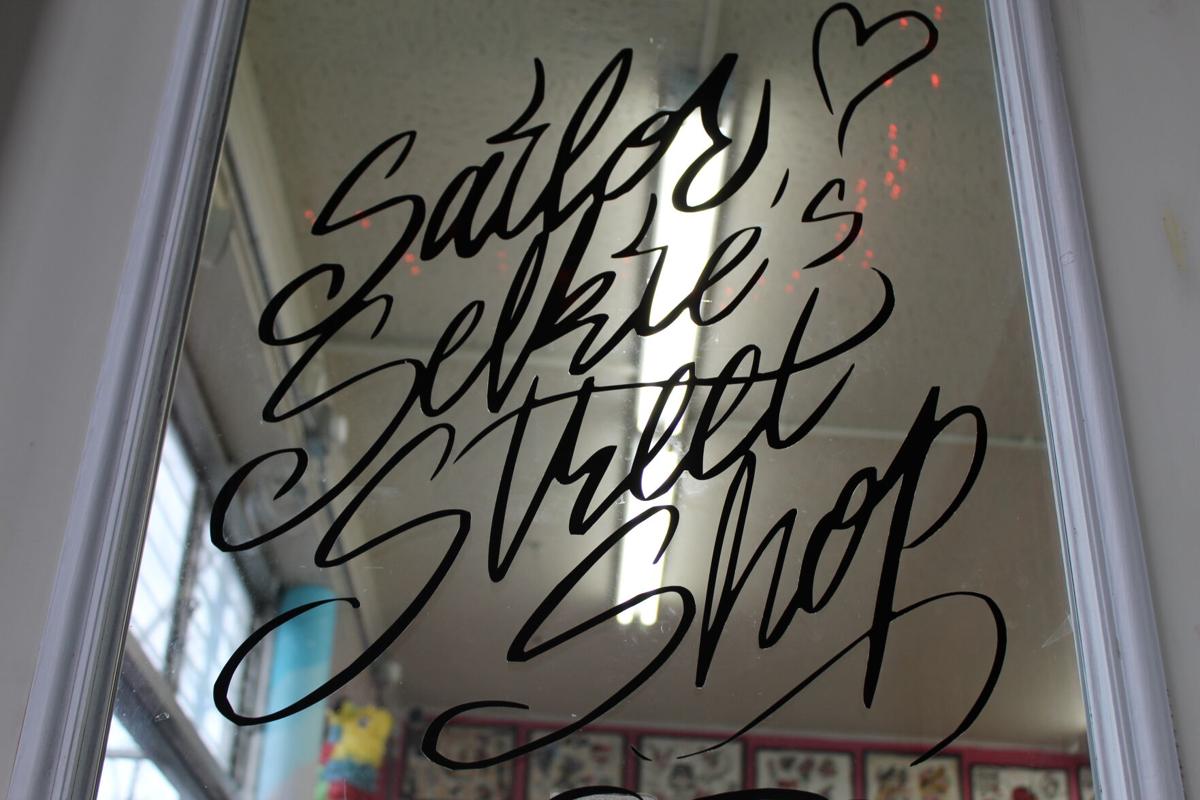 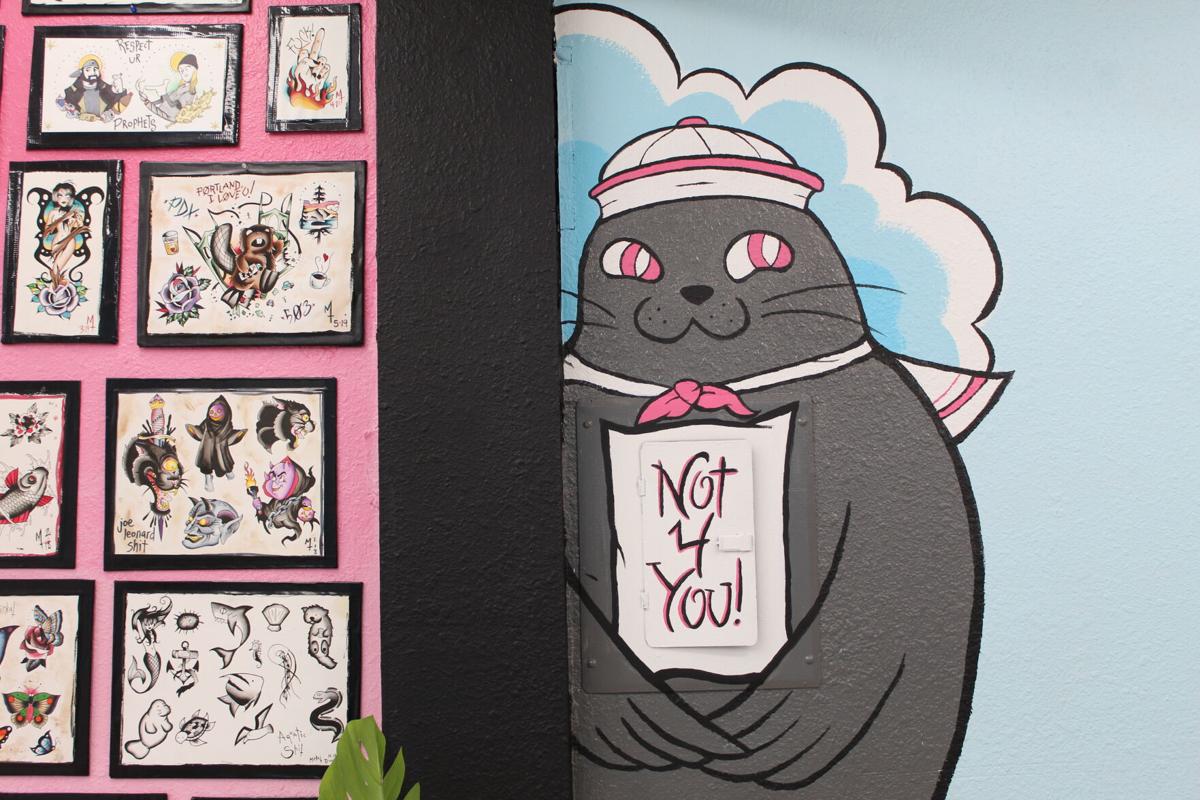 Sailor Selkie is the new tattoo shop's mascot. Kent wanted something nautical to name the shop after, and settled on the "seal folk" of Norse and Celtic mythology.

Mira Kent, left, opened Sailor Selkie's Street Shop earlier this month. The new shop gives Loren Osborne the chance to continue her career in a spot one door down from the place she'd always dreamed of.

Sailor Selkie is the new tattoo shop's mascot. Kent wanted something nautical to name the shop after, and settled on the "seal folk" of Norse and Celtic mythology.

COOS BAY — Mira Kent was visiting a friend in Coos Bay when she came across a storefront for rent on Anderson Avenue.

“I walked by this space just in passing and kind of did a double take,” Kent said.

A tattoo artist in Portland at the time, Kent decided to take a leap: She called the building’s landlord the same day, and pitched her idea. They quickly worked out the details, and soon Kent was packing her two cats to move to Coos Bay.

“I just kind of fell in love with the way it is out here,” she said.

Now, Sailor Selkie’s Street Shop is open for appointments, and Kent and Coos Bay native Loren Osborne are making plans to build a community with their location.

Osborne wasn’t a part of Kent’s original plan to open the shop — but when the Reedsport tattoo shop Osborne worked for closed, she knocked on the door and asked Kent if she could join the new space.

“She was down here doing her thing, getting set up,” Osborne said. “I think I totally scared the crap out of her.”

Both Kent and Osborne are dedicated to the art they do — but more so, they’re looking forward to connecting with clients and the community.

“Especially during a time when so much is outside of our control, (getting a tattoo means) being able to reclaim that kind of space,” Kent said.

Kent always knew she liked to draw, but tattooing wasn’t originally her goal. She wanted to make comic books, but after leaving art school for personal reasons, an apprenticeship at an old-school walk-in tattoo shop changed her mind.

“It made me see that there’s, for lack of a better word, more to it,” Kent said.

And after six years tattooing in Portland, Kent, who grew up in Santa Cruz, wanted to return to her ocean-side roots.

“I really missed the ocean,” Kent said. “It’s weird to be away from it for so long.”

Osborne, on the other hand, has never spent much time away from the ocean — she was often homesick during her nine months away from the South Coast for tattoo school, she said.

But she’d always been intent on the career.

“I knew by the time I was 11 years old it was the thing I wanted to do for the rest of my life,” Osborne said. “I started looking at tattoo schools way before I got out of high school.”

Her dream? Her own tattoo shop, in the storefront at the corner of Anderson and U.S. Highway 101, where Organic Glass Art & Gifts now sits.

She got pretty close — Sailor Selkie’s is next door, separated by just one wall.

Born and raised in Coos County, Osborne had worked at Tye Dye Tattoo in Reedsport after tattoo school. But when the store’s owner decided it was time to retire late last year, Osborne was out of a place to tattoo her growing list of clients.

That is, until someone suggested she knock on Kent’s door in downtown Coos Bay, just yards away from where she’d dreamed about running a shop one day.

“Next thing I know I’m 25 and getting what I wanted to do,” Osborne said.

Kent was nervous about bringing someone on board, not knowing if there’d be enough interest to keep them both busy. But Osborne assured her the community would be interested, and the pair’s already booked a handful of appointments in their first week.

The pandemic brought challenges for both Kent and Osborne — tattoo shops were completely closed by the state for the first several months of virus lockdowns, and both had to find other work while they waited for restrictions to ease up.

“Not being able to do it makes you appreciate it that much more,” Osborne said.

Now, shops are open again, but they still require appointments in advance, and capacity indoors is limited. That means some of Osborne and Kent’s favorite clients, like spur-the-moment tattoos or groups of friends, are on hold.

Brought together by different backgrounds but with their shared interest in the art, Kent and Osborne hope they’ll be able to do more of those kinds of things when pandemic restrictions clear up.

“Once this pandemic is over, we’re going to be craving that really social event kind of thing,” Kent said.

The goal is to run regular flash events — days when tattoo shops offer a set of limited-edition designs — and raise money for area charities, Kent said.

She’s also looking for art to feature on the shop’s walls, hoping to support local artists with rotating features of their work.

Kent said the new shop will be different than the tattoo culture she experienced in Portland. There, Kent said many tattoo artists are sought after because of their specific style — but she’s hoping to tailor a client’s tattoos to their wishes and offer a memorable experience.

“Really, I just like art for people,” Kent said.

And the chance to open a new shop to do it fit her goals perfectly.

“It would be a dumb move not to do it,” Kent said. “It just felt like it was meant to be.”

For Osborne, the new shop gives her a chance to do the work that’s more than just work for her.

Sailor Selkie’s Street Shop is open by appointment Tuesday through Sunday from noon to 6 p.m. at 115 Anderson Avenue. Appointments can be made by calling 541-808-3920 or emailing sendittoselkie@gmail.com.