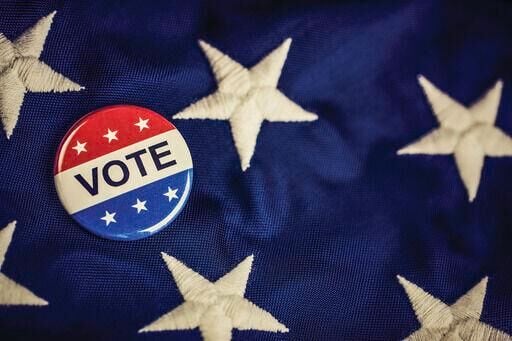 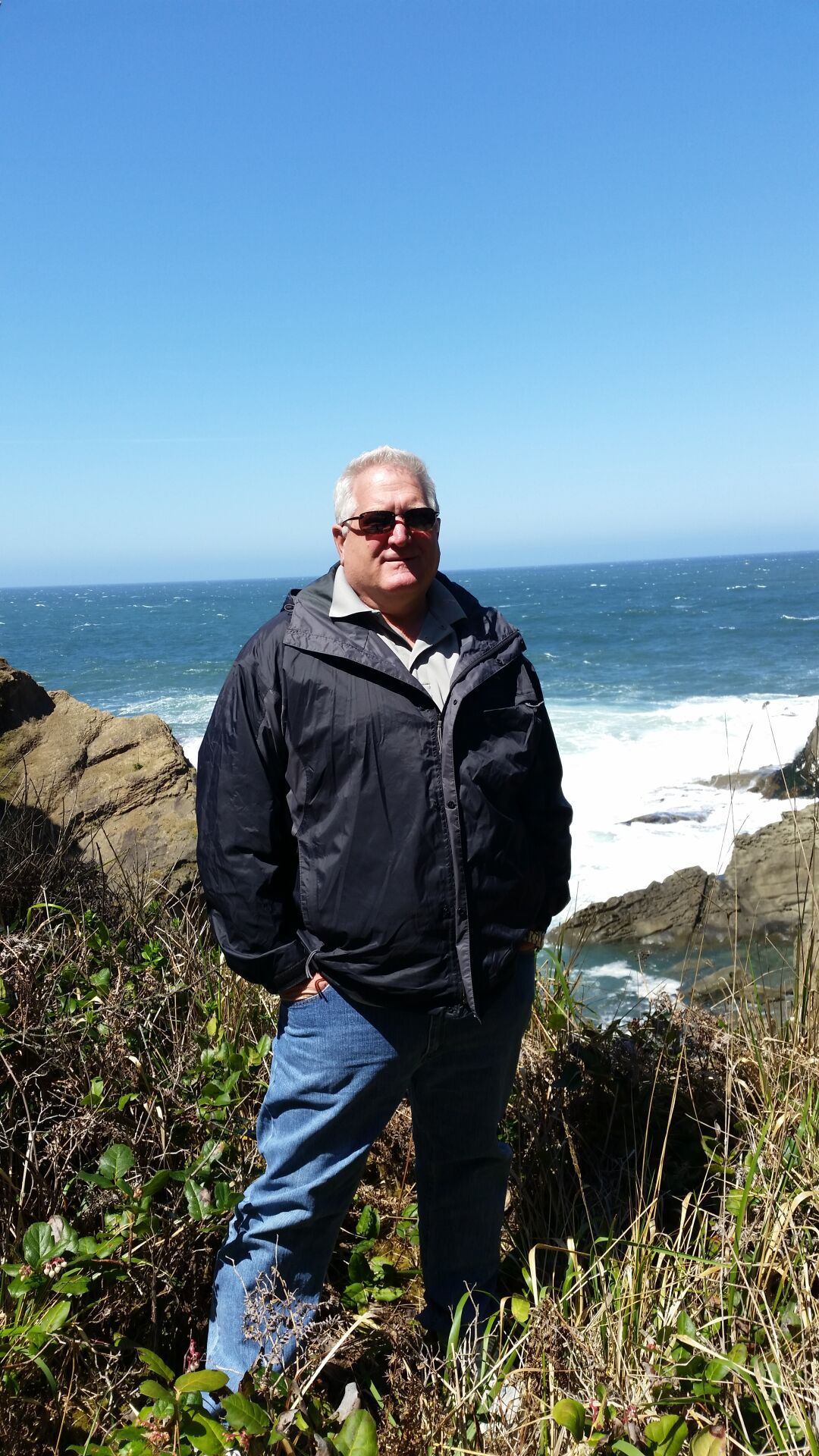 James Edwards, running for second, and last, elected term as Mayor. I have been in the Lakeside area for many years, my family moved here in 1952. I am now 72, retired after working for International Paper in Gardiner for 24 years.

After retiring, I served as president of the American Council of the Blind of Oregon, a nonprofit advocacy organization for ten years, and was appointed by the Governor to serve as a commissioner for the Oregon Commission for the Blind. During those years, I made several trips to our state capital, Salem, speaking before legislative committees, and met several times with the Governor´s office on certain matters concerning blind and disabled people. As well, I have made several trips to Washington D.C. meeting with our state representatives on disability issues.

I became involved in local governance here in Lakesdie in 2009, when I joined the Lakeside Planning commission, and served as chairperson for four years. After that, I was elected to serve on the city council, finished out Mayor Warner´s term as President of the council, and then was elected to the position of Mayor. I also served on the board of the Lakeside Fire District, helping to rebuild the fire department.

The most important issue facing the city of Lakeside at this time is the relocation of the wastewater treatment plant, finding funding for a new plant, and asking the citizens to pay the cost. The second most important issue is the fact that we do not have a permanent tax base. The third is maintaining the economic health of the city, helping our businesses survive. The fourth is the quality of Tenmile Lake, our tourist based source of income. The fifth is law enforcement, how to pay for it, and the last is code enforcement, trying to make Lakeside a desirable, clean, and safe place to live.

We are currently in the early stages of beginning the process of building a new sewer plant. We have already raised our rates in anticipation of acquiring a long term loan for the project. The permanent tax rate, I feel, will have to be resolved by the state legislators amending the state constitution to allow the 13 small cities in Oregon that do not have one, to vote a city tax in. To maintain our economic base, we must continue to find ways to bring tourists into Lakeside, since we are a tourist based economy. The quality of our lake is a long standing problem, that is currently going through another round of discussion involving the county commissioners, the city, the tribal council, and state agencies. Local law enforcement is an issue that can only be resolved when the citizens of Lakeside pass a levy to pay for the services we need, and the best way to address code enforcement in Lakeside is for all citizens to take pride in Lakeside, and not cause issues that cost the city a huge amount of time and resources. If elected, I would like to see all of these issues addressed and resolved, but being realistic, it will take many years.

We have addressed the Covid economic crisis by creating an ordinance that makes Lakeside a dunes access city, allowing people to ride their ATVs on a designated route to the Spinreel dunes campground.

A good relationship between the city council, mayor, and the public is paramount to good governance. During my term, we have gone above and beyond to allow public comment and input in our decision making process, I have been holding a regular coffee with the mayor session every Monday morning for people to attend and discuss issues in an informal setting, and my phone number is always readily available.

This has been a trying time for all of us, both at city hall, and in the community. I am convinced we did the right things with this unknown dilemma, and I am very proud of the council, and the citizens of Lakeside for looking out for each other during this crisis.

What do you feel are the most important issues facing the city? Like all communities, we have a broad range of issues that are all related to one another. Here are some of the issues we face:

• The wastewater treatment plant is aging and located in an area where flooding can occur.

• Our city's economy is essentially reliant on seasonal tourism and people that pay the sewer bill. We need to invest in a way that promotes the strengths of lakeside.

How would you try to address those issues? Fixing the city's budget is a priority, the main source of revenue for the city is the sewer bill. I would like to look at a possible rewrite of the city's charter(Which would have to be passed by a vote of the citizens of Lakeside). I believe the city government should keep the lights on, direct the flow of day to day operations and provide leadership, but the people( All of us) should vote on the life altering changes facing our community.

What would you like to accomplish if elected? My most realistic goal would be to have sidewalks, streetlights and trash cans along 8th street and to the bridge on North Lake rd.

How should the city address the current COVID-19/economic crisis?Most people in lakeside follow precautionary guidelines. As captain of the Lakeside fire department, I was tasked with coordinating with the city and local businesses, from the beginning of the pandemic, to help provide PPE and planning to protect people. The city's role in the pandemic is to provide guidance, information and coordinate resources. Lakeside is a city on the rise in the middle of a storm, I will do my best to represent all of the people of lakeside not simply those who vote for me.

What do you feel the relationship should be between the City Council (or Mayor) and the public? The city government is comprised of neighbors we elect to represent us. Access to the city is limited to some face book discussions and city meetings. I “feel” the city could do more to engage the citizenry. I believe I can help!

Years in the area: My family has been in Coos County since 1856. I was born in 1964, in North Bend and raised here until the 9th grade when my family moved to Anchorage Alaska. After high school I joined the Navy and after 30 years retired returning to Lakeside 2 years ago to help my mother and return to the beautiful coast.

Past political/Civic Experience: Currently a Commissioner on the Lakeside Planning Commission.

What do you feel are the most important issues facing the city?

1. The replacement of the city's sewer treatment plant.

3. Sustainment and growth of Lakeside.

How would you try to address those issues?

1. Replacement of sewer treatment plant. This is a very expensive project estimated to be 10-12 million dollars, however it must be completed. The current administration has done a great job in arranging funding for this. I would continue to work on obtaining any and all grants and alternate funding. The increase in our sewer fees are inevitable and have already begun, I would work towards ensuring these rates are fair and equitable for all residents, along with spreading out each increase to allow family budgets to adjust for each of these increases.

2. City Code enforcement in the city is seriously lacking within the city. I would introduce 3 different plans to fill the position of a code enforcement officer in the city at little to no cost to the city. Also push for the completion of the city ordinance and incorporation of a City Municipal court in order to enable the city to charge code violators in an official court of law setting.

3. Sustainment and growth of Lakeside is very important. Lakeside is an awesome rural community, however every town needs businesses to employ the residents of the community. Lakeside has a large retirement population but the age group from the mid 30's to late 40's early 50's is rapidly growing, which also happens to be the age of the majority of our working class in America, these groups need jobs locally. I will do everything I can to bring jobs and small businesses into Lakeside, such as the allowing of ATV's on the streets in Lakeside. If this measure passes in November I know of 2 businesses that have expressed a hard interest in opening up shops within Lakeside, bringing possibly 10 jobs to the community. Some may say well that's only 10 jobs. I say that's 10 jobs that we do not have now and tell that to the ten people that now have a job. These are the outside the box ideas needed to ensure our community can sustain the businesses we have and bring in jobs to support our citizens.

What would you like to accomplish if elected? I would have to say City Code enforcement. We have all the ordinances currently on the books to make Lakeside what we all remember again is enforce these codes.

How should the city address the current COVID-19 /Economic crisis? The city and residents I believe are following all designated COVID guidelines very well. When you go into any of the local businesses people are wearing their mask and practicing social distancing. I would have to say even those that do not agree completely with these guidelines are respectful to others in following them in public. The city has done a great job with limited resources in educating residents in how to prevent the spread of the virus As for the economic crisis we have a tourist driven economy. We should be looking at ways to bring visitors to our community during the off season, one way to do this is to build off of the allowing of ATV's on city streets. There are several events that can be scheduled during the off season to attract visitors, along with work with the county to draw in visitors to the county campground to assist the econmoy in recovery.

What do you feel the relationship should be between the City Council and the public? It should be a relationship of transparency for the public as to what the City is doing, but over all in such a small community it should be one of a Partnership. Yes the city council is a governing body of elected personnel to govern the city but we need to work in tandem with the public. Get the public involved, listen to their concerns, accept the public's input if it is valid don't casually brush it away. If everyone feels they are a member of the community not just a resident the more successful community will be.

Years in the area: 36 years in Lakeside

How would you try to address those issues? Look for ways to be frugal with city funds, grants, prioritize spending.

What would you like to accomplish if elected? Keep Lakeside livable for all citizens, while growing,

How should the city address the current COVID-19/economic crisis? Pray the Governor, follows current science regarding COVID, lessens restrictions so businesses aren’t forced to close forever.

What do you feel the relationship should be between the City Council (or Mayor) and the public? Always be transparent, pick up council packets early, review material, educate yourself on issues and come to meetings ready to conduct business, in the name of every Lakeside citizen.