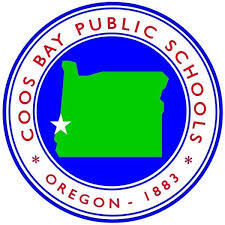 COOS BAY — The Coos Bay School District is seeing three of its schools undergo leadership change as principals prepare to retire or move to a new position.

At Blossom Gulch Elementary, Principal Linda Vickery is giving a heartfelt goodbye to the place she worked for seven years and a career where she dedicated 35 years to educating children. Of the outgoing principals leaving at the end of June, Vickery has been with the district the longest at nearly 20 years.

“It’s time,” Vickery said with a smile when asked why she is retiring. “They are building a new school. It’s time for other people to take over and make it theirs.”

Vickery is referring to the new Eastside School that will take in all of the students at Blossom Gulch, which will be shut down in the next two years.

“I’ve done my job,” she said. “I knew I wouldn’t work one more year and with the new school going in, it’s time for other people to create their vision.”

Vickery found herself drawn to education after working 10 years in business in Boise, Idaho, a career she described as boring whereas education always offered new challenges every day.

“That’s the hard part about leaving this job, because I love it,” she said. “I enjoy the kids.”

From teaching, she made the jump into administration work after she and her husband left Alaska to the lower 48 states and had trouble finding a job. Her husband suggested she go back to school and so she did, studying administration. From there she started working at Marshfield High School until the position at Blossom Gulch opened.

Of her time as principal, one of the standout moments has been helping plan for the new Eastside School, which is part of the Coos Bay BEST Bond.

“That was exciting work,” she said. “I’m looking forward to taking a tour when it’s finished. It is great for the community and kids because when you look around Blossom Gulch, you see exposed wire and makeshift stuff we have had to do to make things work. This other building will be brand new with new technology.”

After she retires June 30, Vickery plans on spending time with family and getting back to the hobbies she loves. Mostly, she looks forward to time without a regimented schedule.

“It’s been a good run,” Janice Schock said of her 42 years in education and six years as principal at Madison Elementary.

She entered education in the mid-1970s when special education was still being developed and after new laws were established for those children to be included at school.

“When I was a kid, special education wasn’t around,” Schock said. “That transition was learning how to adjust instruction. Watching that pendulum, seeing how they were included, changed a lot.”

When she made the jump from teacher to administrator, she said it wasn’t because she was fed up with teaching but because the one thing that hasn’t changed is kids still need support and have curiosity to fuel their learning.

“I can leave with all kinds of tasks that need to be done but I have never felt like less was needed,” she said. “Every day I feel I could have done a little bit more, but that’s the thing with being a principal. I don’t think it’s a job you ever feel is done. Even so, you can walk out of here most days and feel good about what you have done.”

Looking back at her career, there wasn’t one specific moment that stood out to her, but many. She enjoyed watching children grow and learn and how part of the job was finding out what every kid needed.

At a previous school district, Schock had one student having a difficult time being dropped off by his parents and needed to come up with a way to help the transition.

“The only way to get him to stay was to have hot chocolate with the principal,” she said. “It is easy to get caught up in the hard work, but every single day you can step back and enjoy things as kids see the world through a whole difference lens.”

After she retires at the end of this month, she plans to travel.

“I also have a house and garden and yard that is sorely neglected if I’m not around,” she laughed.

Michelle Barton has been the principal at Millicoma for three years, having replaced Bryan Trendell after he was selected as superintendent.

Barton isn’t retiring, but changing positions by becoming the new human resources director for the Coos Bay School District, a place she has worked on and off since 1998.

“Education was a natural fit for me,” Barton said. “When I went through high school and college, I always loved working with kids and found that it is what I’m supposed to do. It’s definitely a calling.”

She explained that helping children learn isn’t just done as a teacher, but as an administrator and at the district level where she will be starting July 1. Once there, she will also be revamping the teacher-mentorship program to help retain teachers on the South Coast.

“I was drawn to administration to make a broader impact in school because I felt that I could take my skillset a step further,” she said.

While at Millicoma, she has most enjoyed implementing the outdoor learning after it was passed at the state legislature. She remembered children loading the bus to spend a few days at one of the OMSI campsites, which she said most kids say was their best experience all school year.

She is being replaced by Gary Roberts, who is moving to the coast from the Cottage Grove area.

“This is the first time he is a building administrator,” she said. “I hope he enjoys getting to know the students, the families and staff and investing in this school. It is an exciting time with the BEST Bond and (Roberts) will have a voice in some of these changes.”

COOS BAY — Gibs RV has donated a new trailer to be raffled off as a way to benefit the Kids’ HOPE Center.