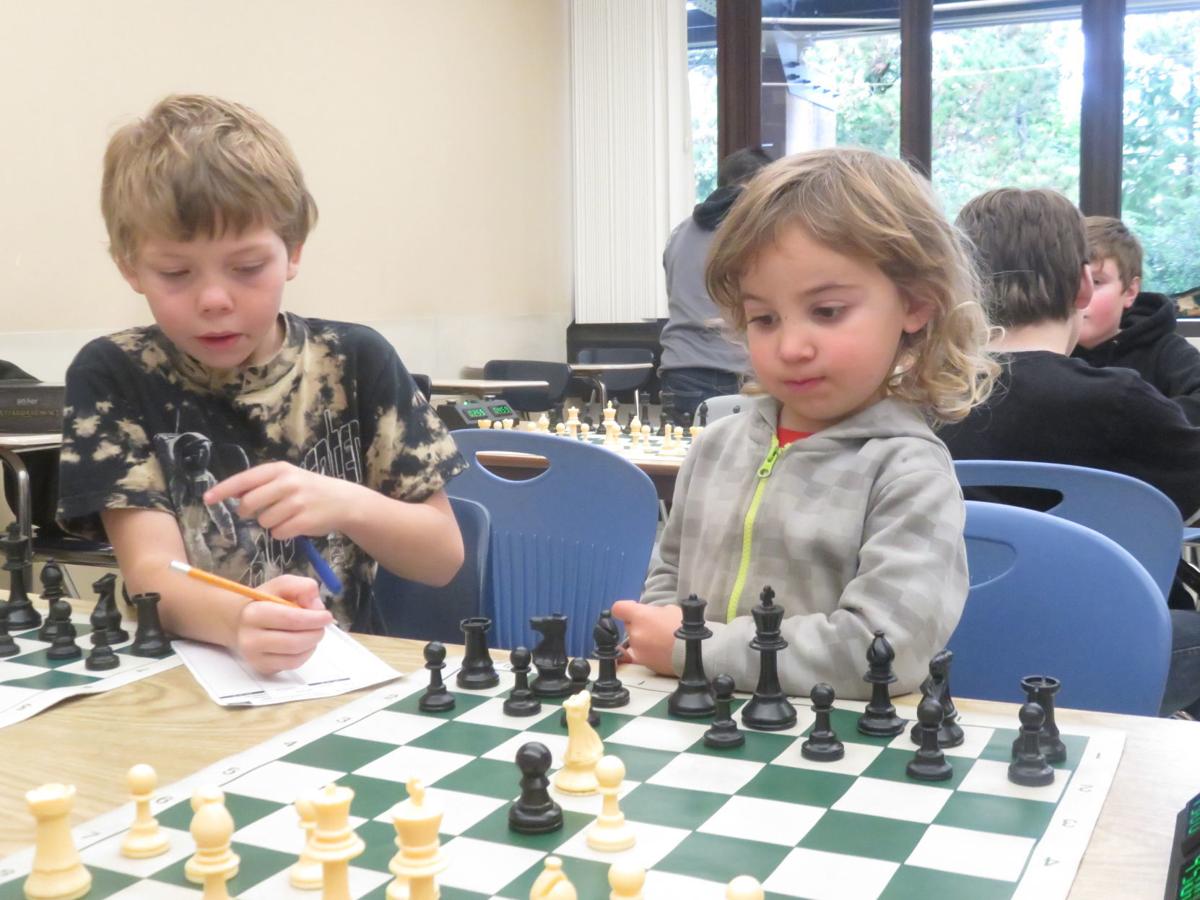 Dane Herker, left, recording his moves with Ari Ish-Shalom studying the board to determine his next move. 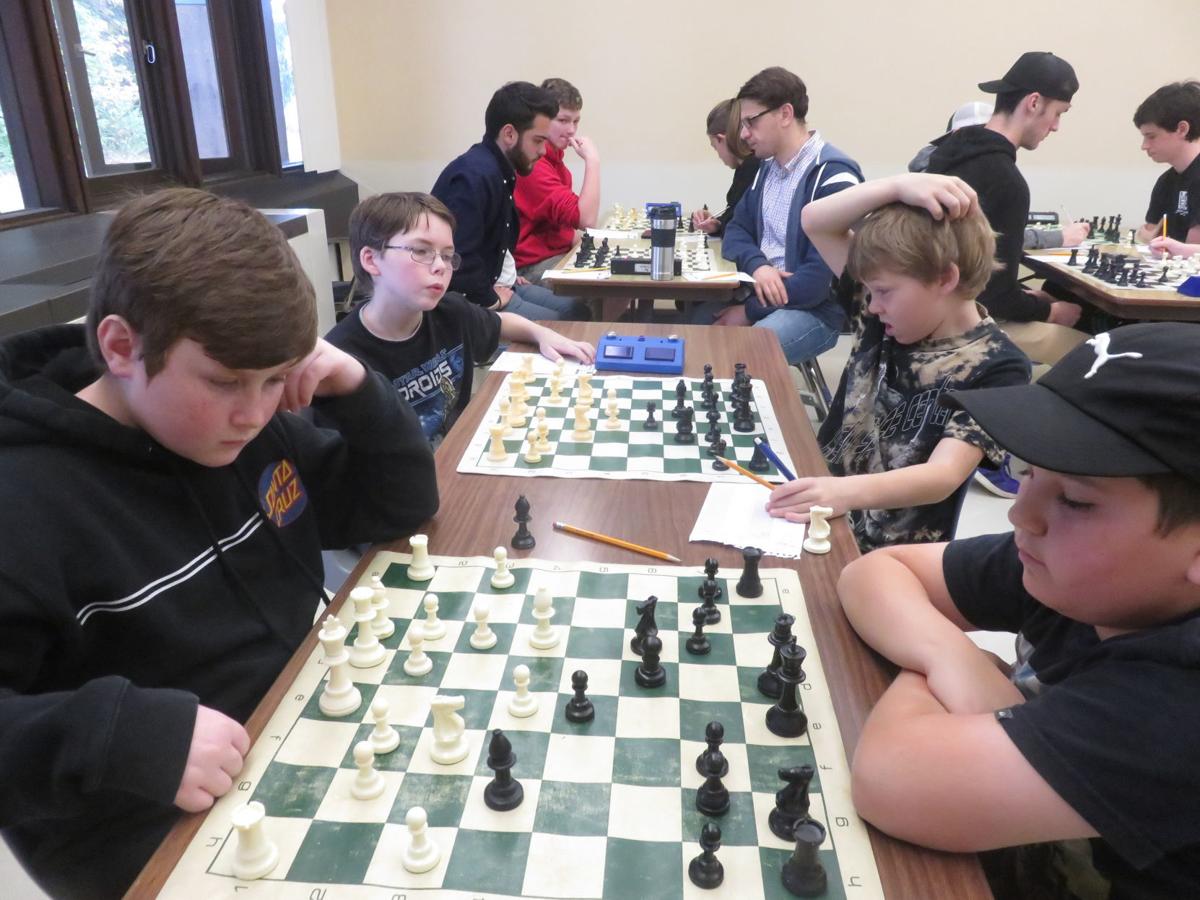 Chess is intense with Dane Herker (hand on his head) contemplating his next move.

Dane Herker, left, recording his moves with Ari Ish-Shalom studying the board to determine his next move.

Chess is intense with Dane Herker (hand on his head) contemplating his next move.

COQUILLE — On Dec. 7, twenty-three chess players of all ages ranging from 3 years old to those who don't want to admit their age but sporting gray hair, played in the Southwestern Oregon Community College Winter Chess Tournament. Chess is a sport for all ages, although Ari Ish-Shalom is one of the youngest players Coquille after-school chess club coordinator Dr. Nancy Keller has ever seen play. Ish-Shalom managed one win and one draw in his five-round division.

For the scholastic players, the event allowed them to prepare for upcoming state tournaments to begin in February. It also allowed Keller to get an idea of board order for teams.

In the U1000 Junior High Division, Jason Herker placed first and new player Cole Brown placed second. Brown also recently started with the Coquille Chess Club and his skills are developing fast, Keller said. The other Coquille Junior High players were in the U1300 division, where Riley Jones placed second.

The winner of the U1300 division was adult Robert Range and adult Scott Clough, who tied with Riley Jones for second.

There was no doubt of the winner of the open division as Joshua Grabinsky took first, Keller said. Organizer of the SWOOC's event Kyriakos Kypriotakis tied for second with Dennis Hoefler.

Chess Club in Coos Bay meets Mondays at the SWOCC in the student union above the cafeteria at 7 p.m. Play is free.

Chess Club in Coquille meets Tuesdays at the Coquille High School Library from 3:20 to 5:30 p.m. Play is free.

Students from North Bend Middle School have earned honors for third term of the 2019-20 school year. Students on the honor roll list earned a GPA of 3.5-4.0.