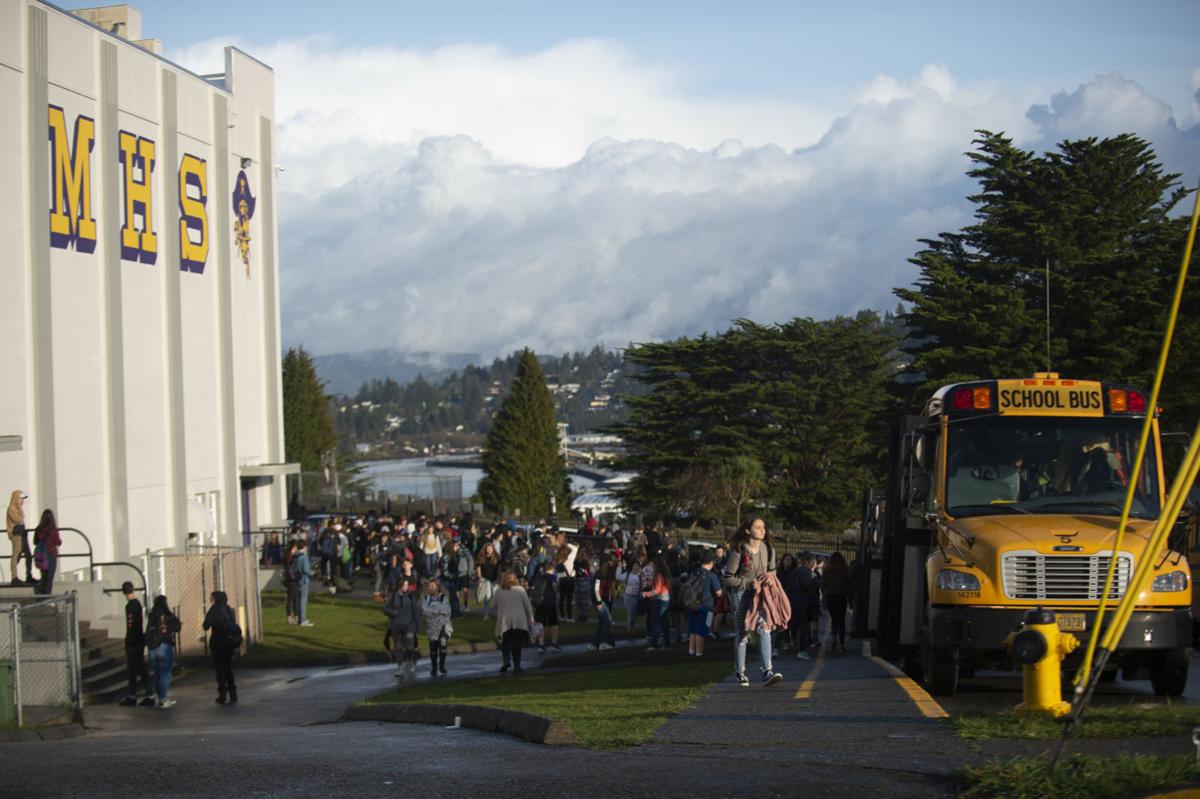 Students walk to buses after school at Marshfield High School on Nov. 25. School districts across the South Coast are bracing for a possible coronavirus outbreak. 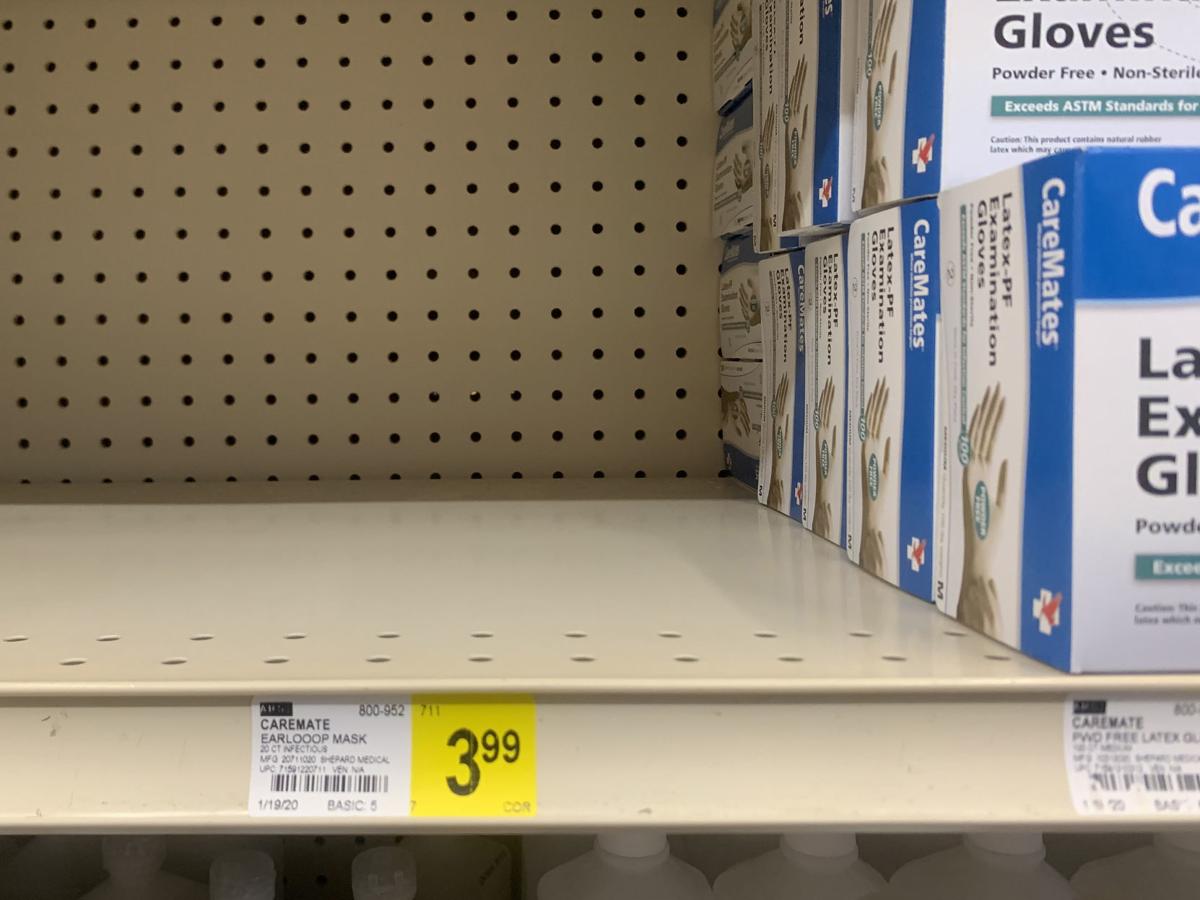 An empty shelf at Bi-Mart in North Bend that recently displayed surgical masks. Local health officials are preparing for the chance of the coronavirus making its way to Coos County.

The meeting was held at the South Coast Educational Service District offices in Coos Bay on Tuesday, March 3. It was attended by superintendents from the Coos Bay, North Bend, Coquille, Reedsport, Powers, Brookings, Central Curry and Port Orford school districts. The superintendents from Bandon and Myrtle Point schools were unable to attend. 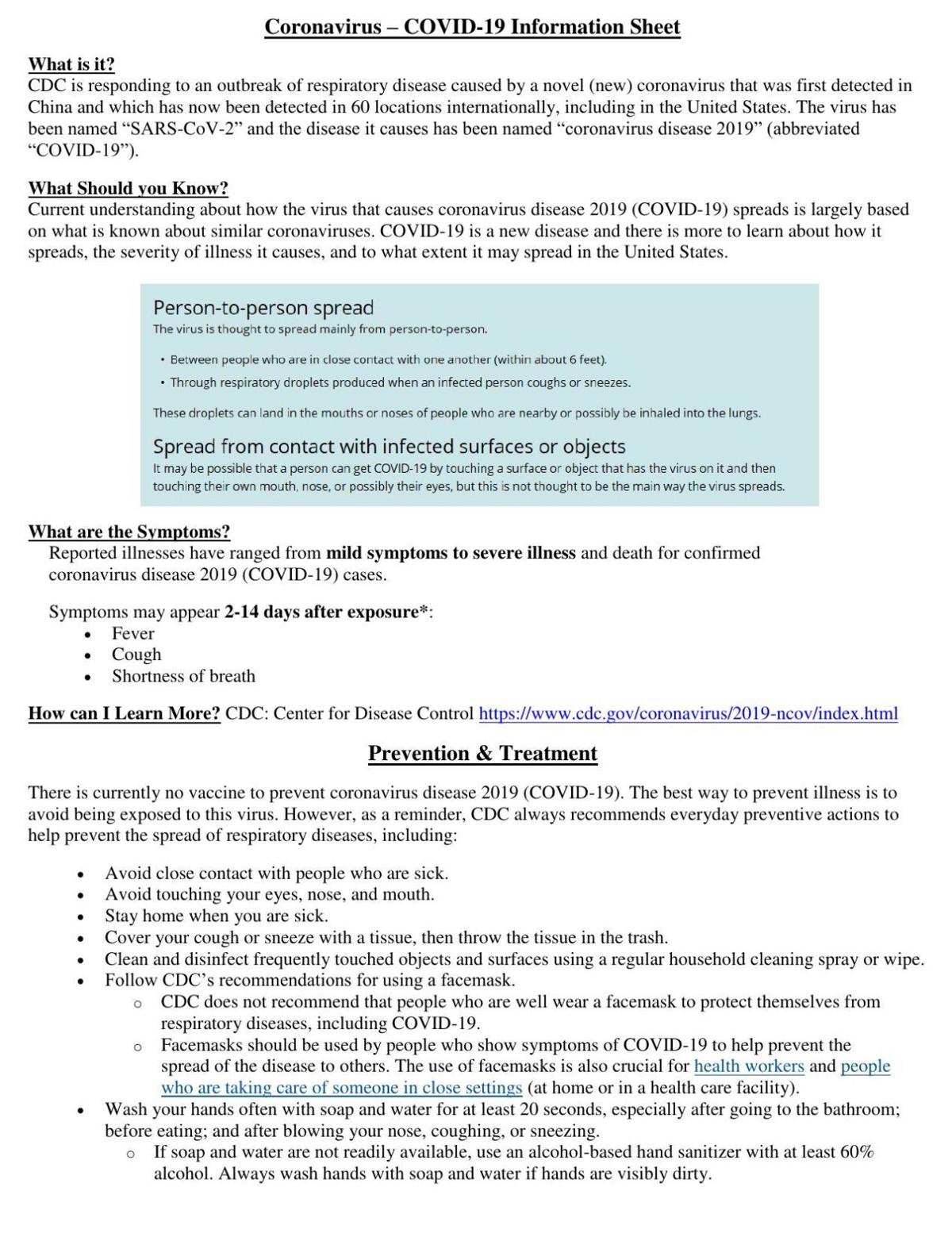 “The superintendent team met to discuss where each district was with their planning, as well as how we can support each other and do things in a manner that is consistent with each other to maintain communications and transparency amongst the community,” said Tenneal Wetherell, ESD superintendent. "If different folks say different things, it can be confusing so as a result all of us are working together to shore up our messages to be consistent with each other.”

Wetherell described the meeting as helpful and explained that right now districts are at the same level of preparedness as far as informing staff.

“(Districts) are beginning to inform students and their families,” she said. “They are also working on precautionary cleaning plans for district buildings.”

In addition to this, the superintendents planned how to handle the traveling community members and sports teams meeting this week.

“Coquille is going to Pendleton for basketball and that’s where one of the (coronavirus) cases is,” Wetherell said. “We as a team talked about how to handle in-house community events happening outside the community and happening here.”

As a result, the districts are working on posting identical signage at these events about proper hand washing and how to cover your mouth during a sneeze, as well as consistently sanitizing between events. These signs are posted throughout the districts and the community, as well as in bathrooms.

“Before and after an event, districts will make sure the space is clean and remind folks to use the hand washing stations,” she said.

According to Wetherell, both the Coos Bay and North Bend school districts have added hand washing stations for the wrestling event. However, all districts have been getting extra cleaning supplies including hepastat which is a spray often used in hospitals that has been proven to kill some of the tougher germs like other known human coronaviruses.

“We are making sure we’re using paper towels instead of raps for cleaning and getting Clorox wipes,” Wetherell said. “For districts that didn’t already have the Purell dispensers, they are getting those. A couple of us have also purchased a standing Purell machine to put in high traffic areas during events.”

An empty shelf at Bi-Mart in North Bend that recently displayed surgical masks. Local health officials are preparing for the chance of the cor…

When asked how much money districts are spending to prepare for a potential coronavirus outbreak, Wetherell pointed to ESD having spent around $1,500 so far on cleaning items.

“Some districts are also buying germ foggers, tools you can put into a room that emits a spray that kills germs,” she said. “Another thing that is costly is that districts are adding to their cleaning regiments … Most are adding hours and staff, which is a costly endeavor. For our building, we’ve added a couple hours a day and overtime will add up.”

She said in terms of whether students travel out of the area for events, that will be handled on a case-by-case basis and how safe those involved feel about traveling.

“The North Bend Middle School just canceled a trip that was going to Seattle,” Wetherell said, adding that it was a technology group where children would present on their work. “Coquille is still sending their group.”

The ESD is part of the coalition of local authorities meeting regularly with Coos Health and Wellness on the developing coronavirus situation. As the ESD learns new information, it will be disseminated to South Coast school districts.

“It’s important we communicate so families know we are working on this and are being cautious,” Wetherell said, adding that the districts are also considering the needs of higher risk populations that include special needs students, pregnant staff and students, and anyone within the districts with medical needs.

“I think our goal is to make sure we respond as long as the (coronavirus) is active,” she said. “We need to make sure our buildings are clean and safe habits are important. We’re sending home handouts on the coronavirus in terms of the information being released from the (Centers for Disease Control and Prevention).”

As far as potentially shutting down a school district if the disease arrives to the South Coast, Wetherell said the districts will work in partnership with the Oregon Health Authority and the Oregon Department of Education, as well as school boards and staff on making that decision.

“If there is a presumptive or confirmed case, we will work with (those authorities) to decide what is best at that time,” she said. “We are putting pieces into place to see what communication looks like and how to generally prepare for that so the process is as smooth and as quick as possible.”

In the meantime, Wetherell said she thinks local districts have done an “amazing job” so far in staying proactive.

“The goal is to be transparent and communicate to parents and students that we are taking this seriously,” she said.

Reporter Jillian Ward can be reached at 541-266-6035, or by email at worldnews1@countrymedia.net. Follow her on Twitter: @JE_Wardwriter.

Volunteers with the Coos County Search and Rescue Team will soon have new, updated rescue equipment and safety gear thanks to a pair of grants from the Three Rivers Foundation and the Coquille Tribal Community Fund.