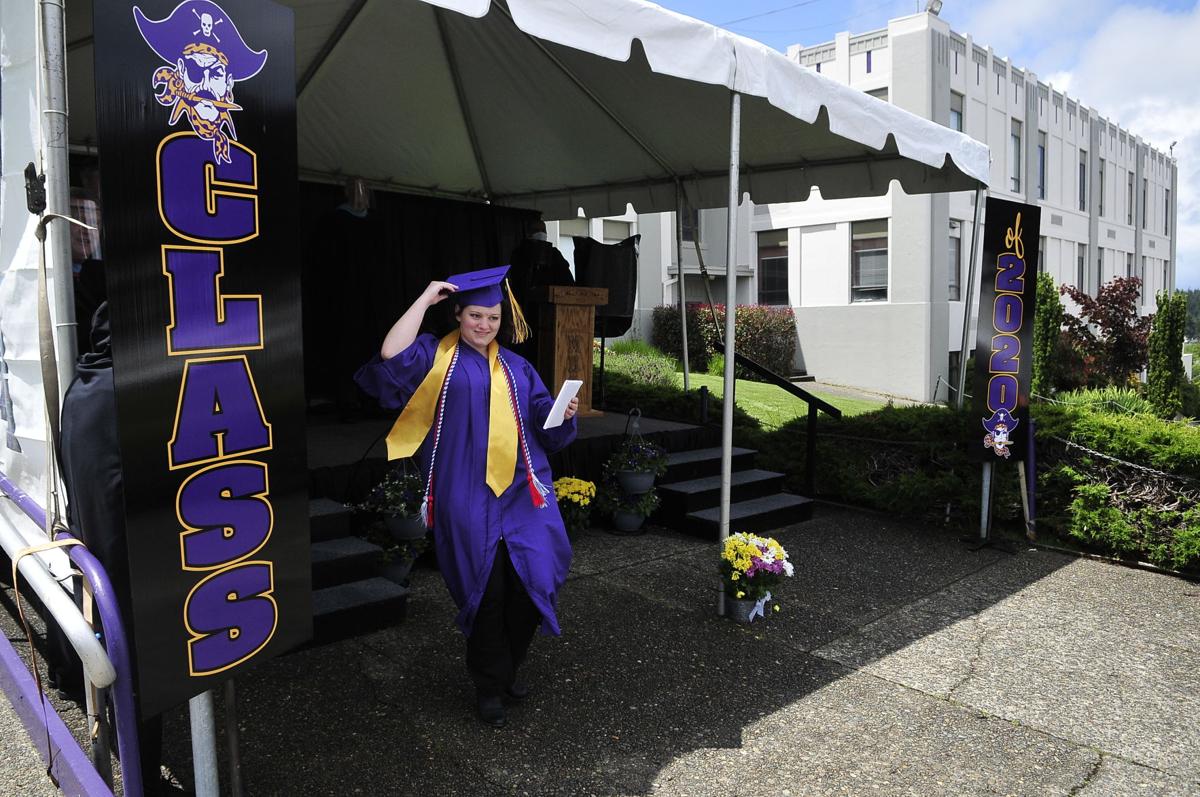 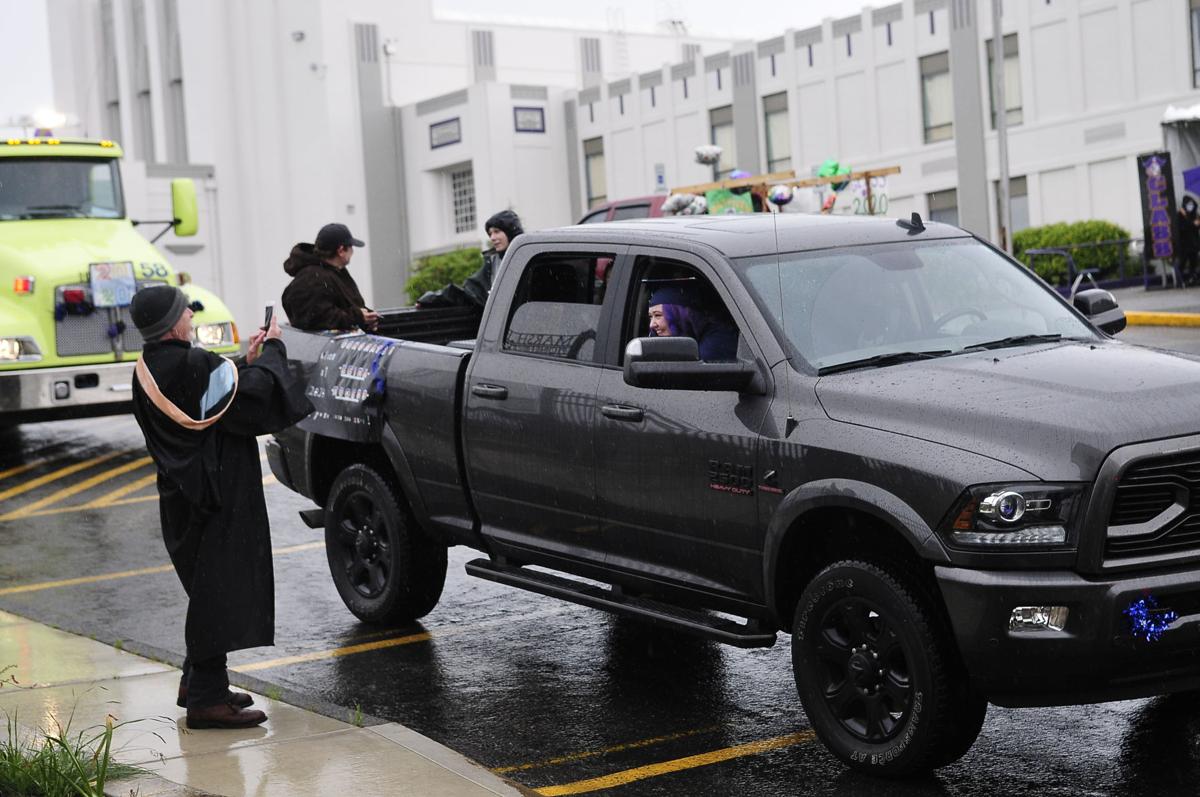 Keira Rogers stops and smiles for a picture on the way to receiving her diploma. 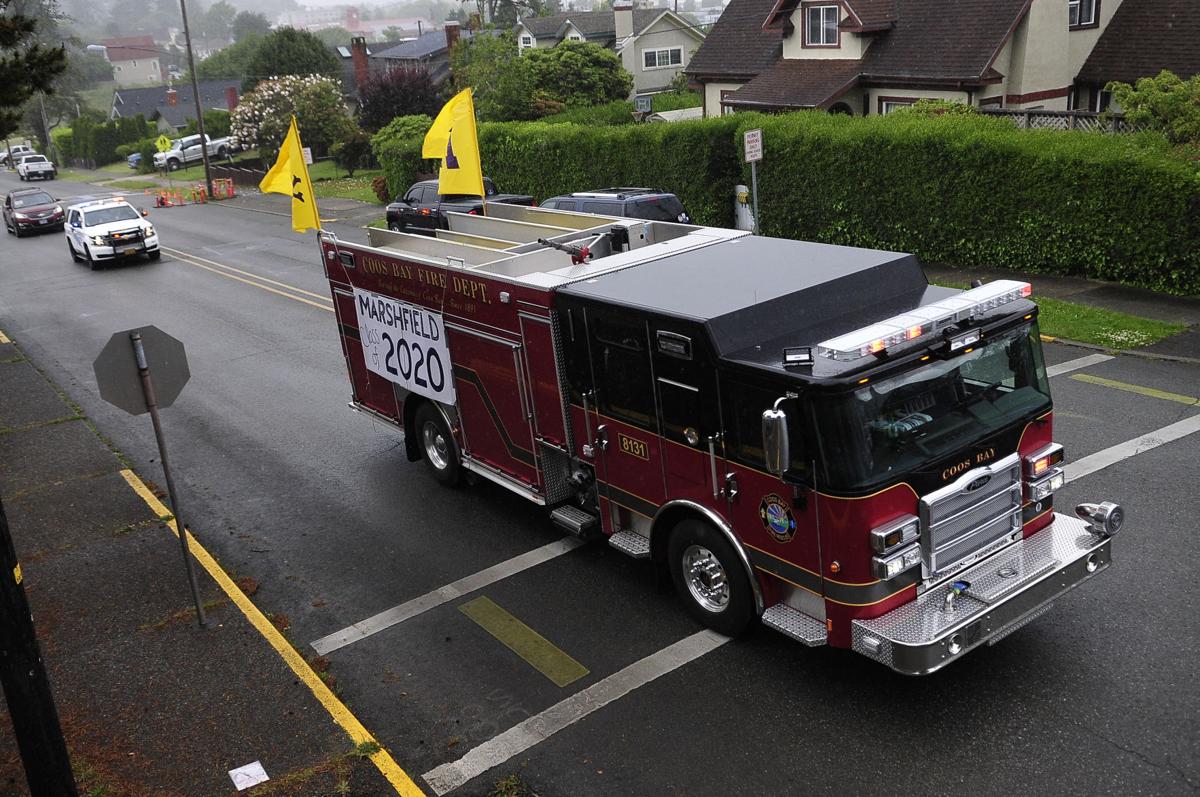 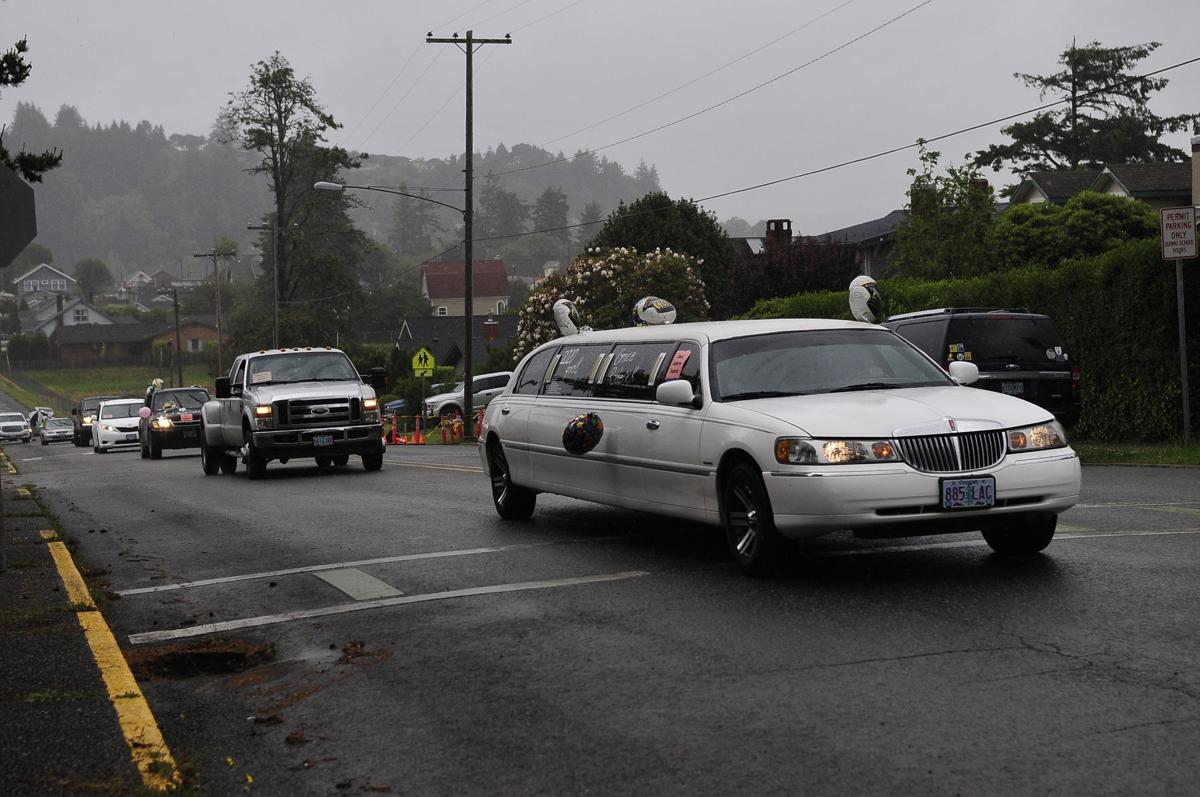 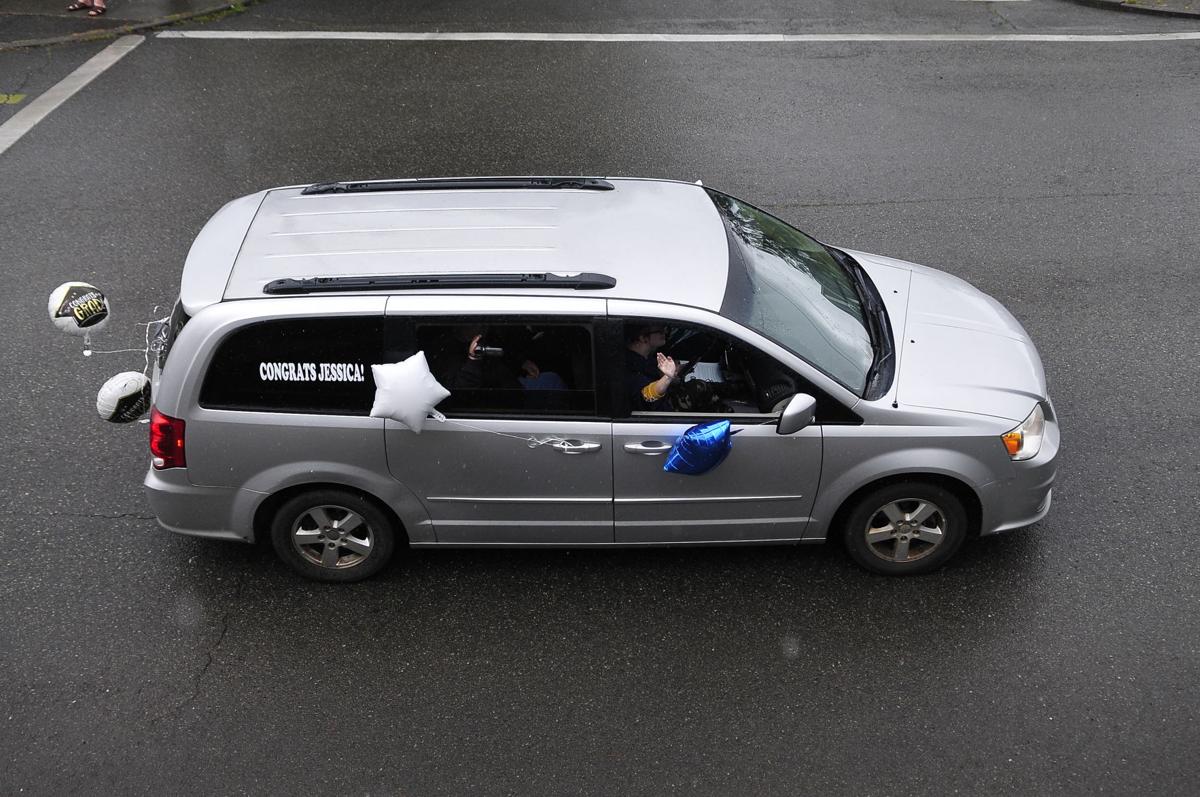 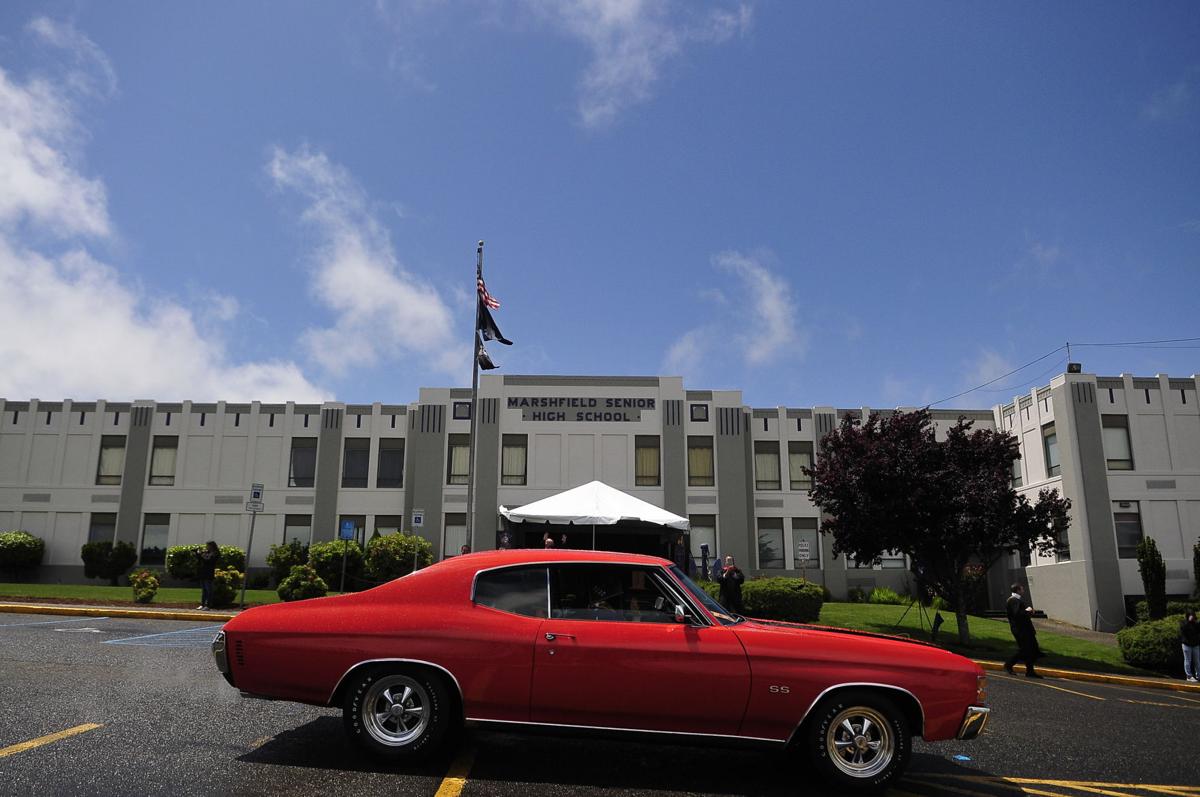 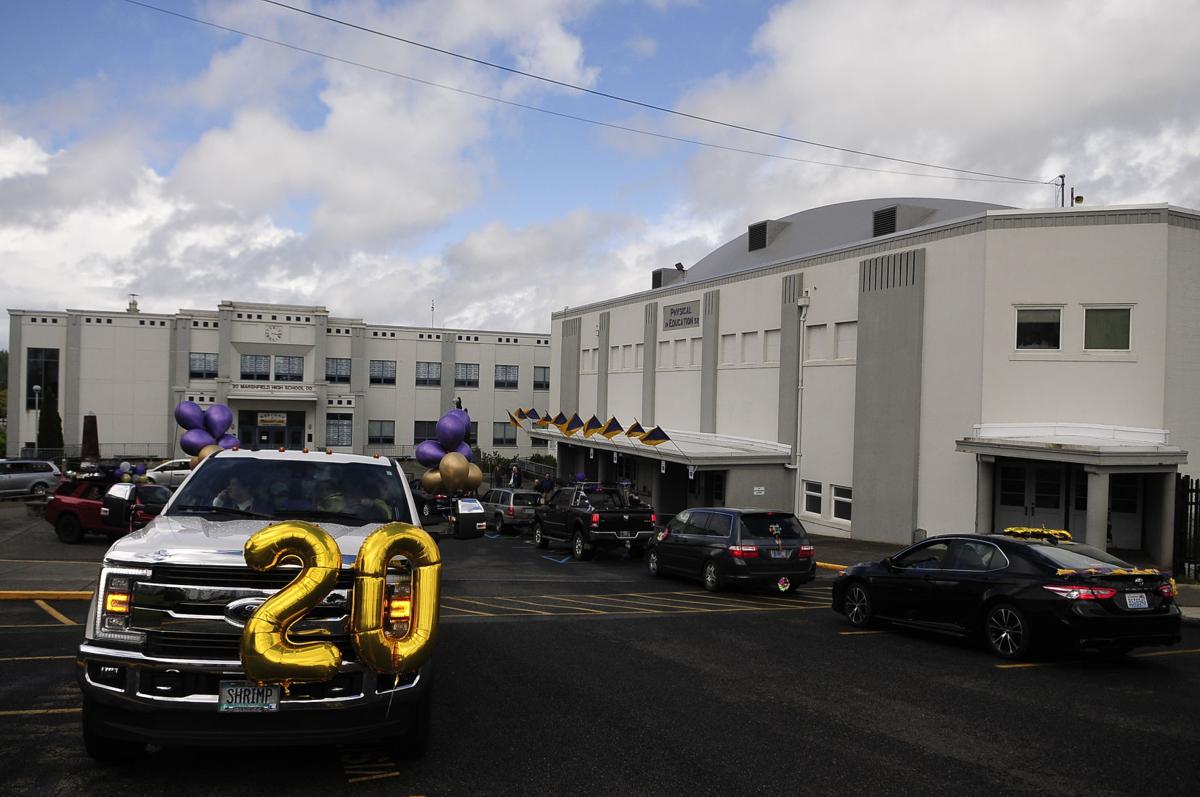 Keira Rogers stops and smiles for a picture on the way to receiving her diploma.

COOS BAY — It was a full day of celebration in the Marshfield High School parking lot on June 6.

At 1 p.m. on a sometimes-rainy and sometimes-sunny Saturday, graduates from Marshfield High School, Destinations Academy and Resource Link paraded past the front of the school in cars before walking across the stage to receive their diploma. The ceremony continued until past 7 p.m.

The message for Coos Bay School District students throughout the day: savor the moment.

“We made an effort ... not to rush anybody," said Travis Howard, Marshfield High School principal. "If students wanted pictures with their parents, etc., we knew we were going to be there for seven hours and if it took an extra minute or two for a student or a family to have a special picture, we wanted to honor that."

Students were divided into six groups and were assigned a time. At their given time, the graduating senior and a car full of family members would meet at Cascade Farm & Outdoor. From there, cars were escorted by police and firetrucks along Ocean Boulevard, through downtown Coos Bay and all the way to Marshfield High School.

Once at Marshfield, cars lined up in the roundabout in front of the school. Cars then pulled up to the front entrance where the student would get out and go through the pandemic-adjusted version of graduation.

Their names were read aloud and were greeted with the usual cheers plus a chorus of horns honking. Each student would go through the stage, receive their diploma, wave to some administrators and have their pictures taken — and then the process started again with the next student.

“All the reactions we’re hearing have been really positive. First and foremost it was great that the kids got to walk across the stage, that was our big goal that we wanted some formality of them walking across the stage and getting their diploma,” said Howard.

After being away from in-person schooling for the past three months due to the new coronavirus, countless end-of-year traditions were cancelled. At Marshfield there was an extra emphasis put on the importance of this unique graduation.

“Students were very happy, lots of tears as they were coming through. I think they were concerned that they would not get some sort of closure or graduation and I think there were really impressed with what we had set up,” said Howard.

“The stage and the decorations were beautiful, so I was really impressed. I was really thankful of the staff at Marshfield for pulling together and planning for the last two months and really making it a fabulous event considering the constraints we were under.”

While the stage looked the part for a graduation, missing from this “ceremony” was the usual speeches. Those will come to students later in the summer when they receive a copy of the graduation that contains footage from the graduation parade, students getting their diplomas and speeches from students, teachers and Superintendent Bryan Trendell.

For Trendell, it was a memorable way to finish off the school year for these students.

“It went better than expected. When you have something that’s not normal and you’re trying to plan for it and you get weather considerations and you’ve got kids in cars and you’ve got — there are all kinds of things that along the way could have gone wrong but it went really well and that’s just a tribute to the group planning it,” said Trendell.

“I do like the classic graduation where we do a real classy job of it here in our district but this was by far the most fun.”

After parading through Coos Bay, Coos Bay School District graduates made their way to Marshfield High School on Saturday for a unique ceremony…