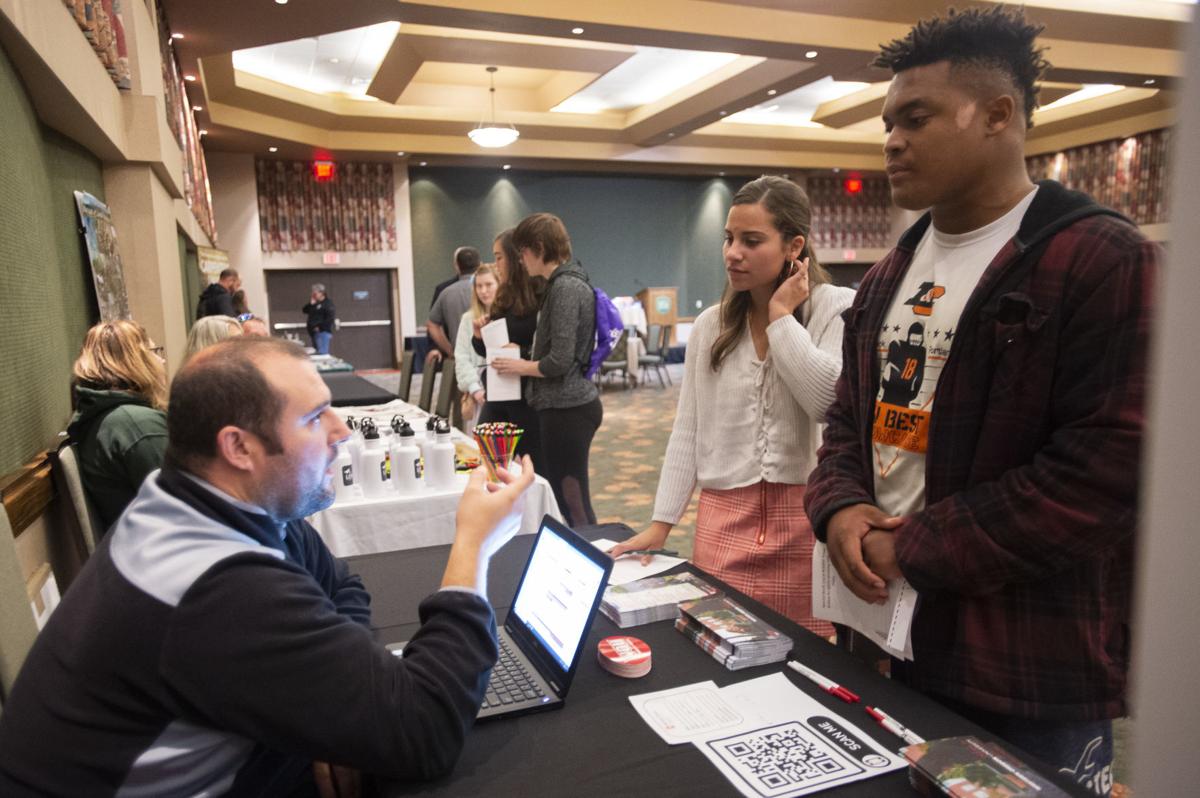 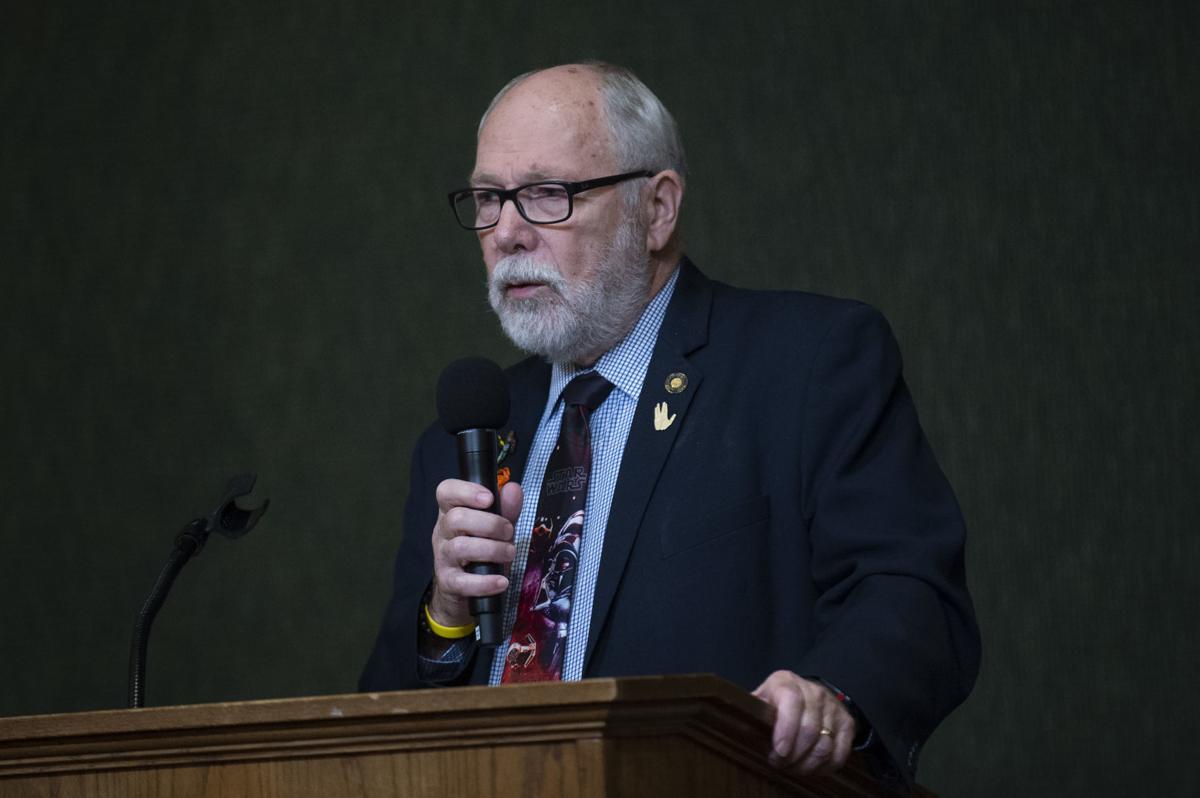 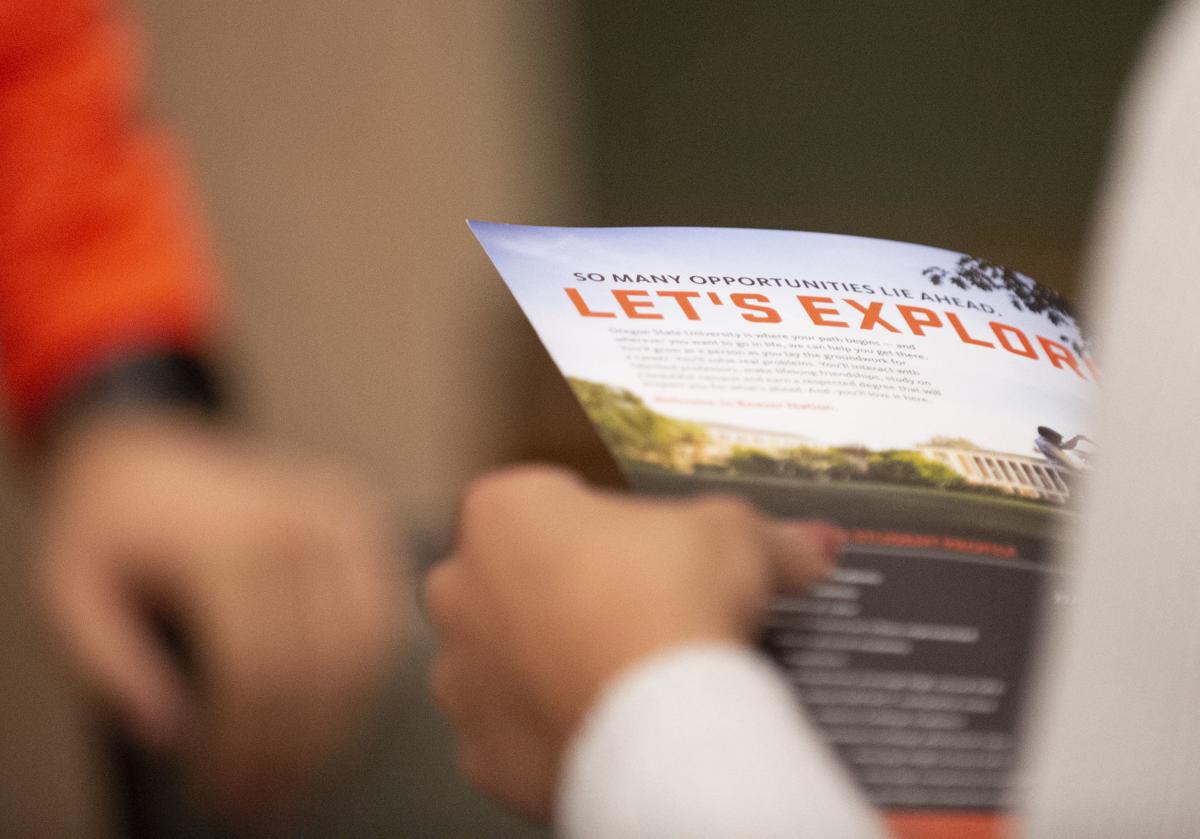 A student looks over college information Wednesday during the Coquille Indian Tribe's annual College and Career Fair on Wednesday at The Mill Casino-Hotel.

A student looks over college information Wednesday during the Coquille Indian Tribe's annual College and Career Fair on Wednesday at The Mill Casino-Hotel.

NORTH BEND — To a room of over 120 students, state Sen. Arnie Roblan, D-Coos Bay, told them about what he has overcome on his way to success.

“My life is about education,” Roblan told The World after speaking to the students on Wednesday, Oct. 15. “I want to give the message that we all have our own problems to bear. Life is not easy and most of these kids don’t realize you can aspire to things, work hard and overcome barriers. That’s an important message for all kids to hear.”

This was Roblan’s first time as a guest speaker for the fourth-annual College and Career Fair at The Mill Casino-Hotel. The fair, put on by the Coquille Indian Tribe, started as a way to give students in the community access to higher education and work opportunities after high school, according to the Tribe's higher education coordinator Molly Hoekena.

“There is a push right now for career and technical education, so we have (Oregon Department of Transportation) here, Pacific Electrical, Curry Electric,” Hoekena listed as she looked around at the 26 career and education vendors lining the room packed with students from Marshfield High School.

Of the universities attending the fair, Hoekena said it was a “big mix of everyone” from the University of Oregon, Oregon State University, Southwestern Oregon Community College, Oregon Institute of Technology and Willamette University.

During the fair, Hoekena pointed out there were the same number of vendors as last year, which was a big jump from previous years when the fair was still just getting started. However, last year saw almost 400 students in attendance throughout the day while Hoekena expected less on Wednesday due to scheduling conflicts.

“We have Marshfield here this morning,” she said. “North Bend High School is later this afternoon.”

In total, the fair expected to host around 250 students, though every district in Coos County was invited.

“The tribe is passionate about education,” she said. “We want kids in our area to have access to more education and then come back to work. This is also Sen. Roblan’s first year speaking here. He chose to guest speak with us rather than attend a meeting in Salem, though he will call into it later.”

For Roblan, he told The World that one of his focuses in education this year is the new Oregon State Legislature's Mental Health Committee, which he chairs.

“Kids are more anxious than they’ve ever been,” he said. “These kids are the future who hopefully figure out what they want to do and come back here to work.”

But to help solve the mental health issue rising in schools across the state, as well as causing complex issues in communities, Roblan traveled across the state to see how cities and organizations dealt with the problem. Last week, he went to Burns to look at their mental health program after hearing good things about it.

“I found out that in almost all of eastern Oregon, there’s not a single case at the state mental hospital because they figured out how to take care of their own,” Roblan said. “There’s something to learn there. You watch and talk to these people and realize they are making a difference.”

The Pirates have righted the ship recording four league wins in the five matches. This positive run of play continued on Tuesday night