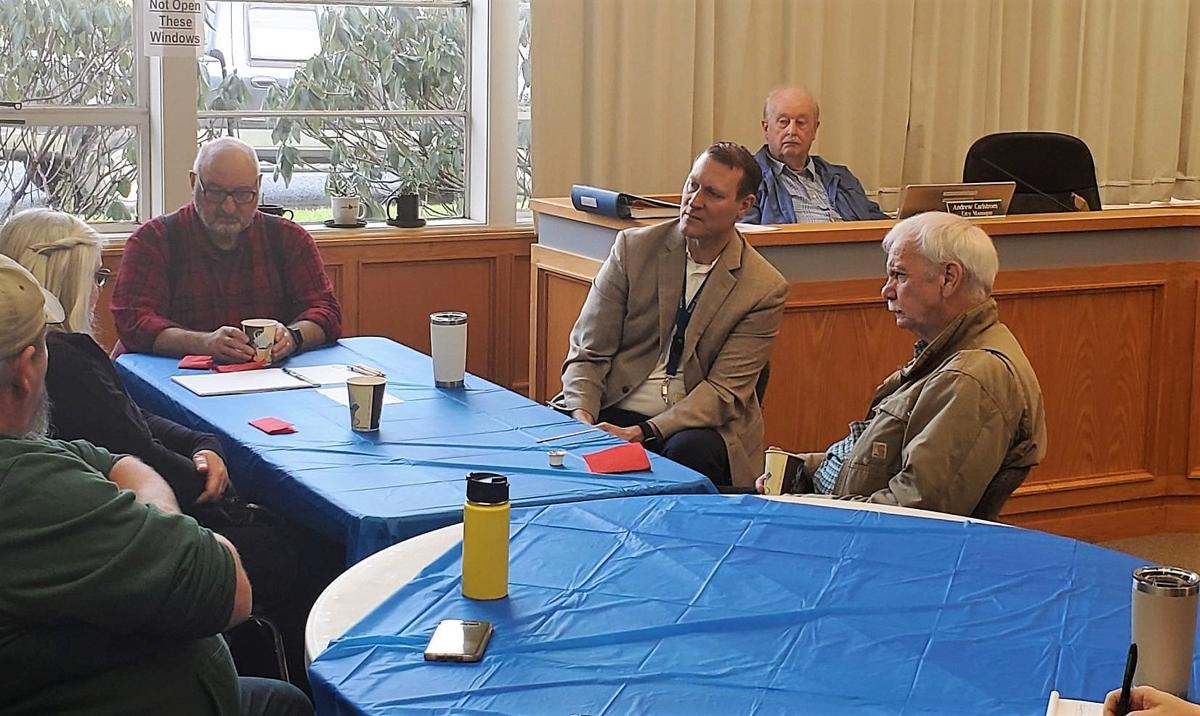 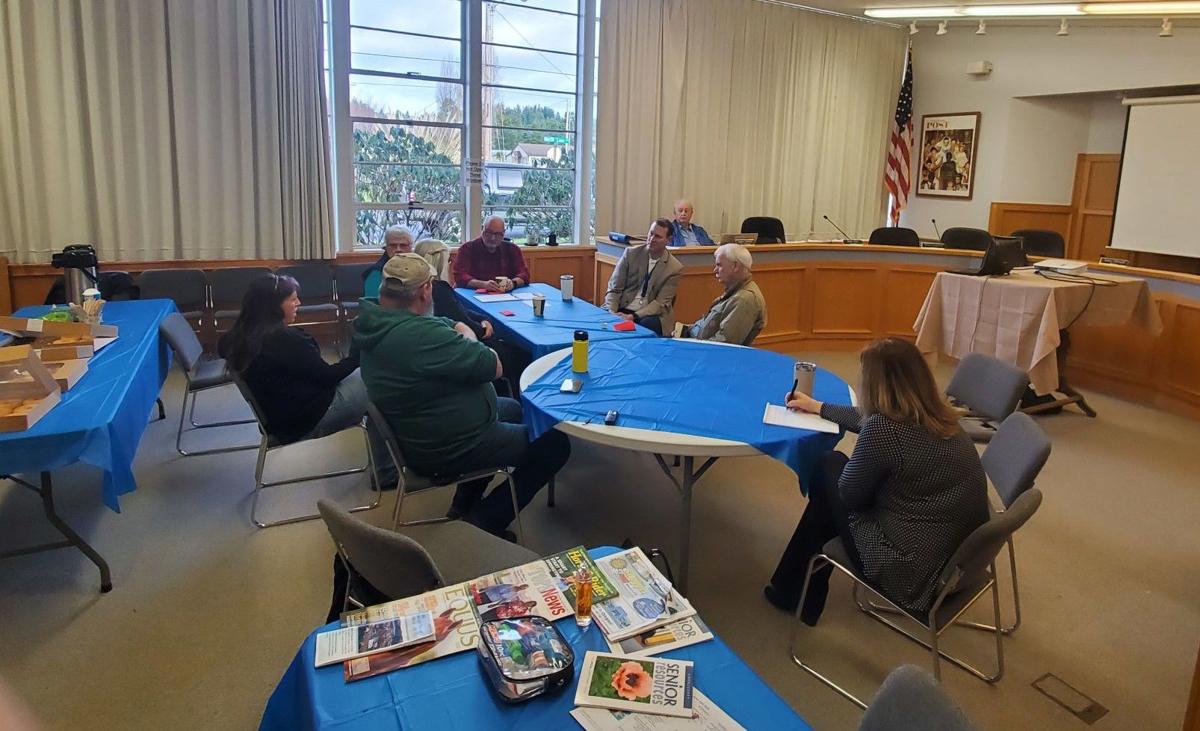 LAKESIDE — For the first time, community members were welcomed to “Coffee with the Superintendent” in the North Bend School District.

Superintendent Kevin Bogatin held the first public coffee event on Thursday, Jan. 9, in Lakeside City Hall. Though only seven people attended, Bogatin told The World he was happy with those who showed up and the dialogue that followed.

Coffee with the Super

“Part of picking Lakeside to start these events is because this is where kids take the longest bus rides each day,” he said. “This is where there is more poverty too and where you live should not affect how you’re heard.”

Coffee with the Super

"We are finally shifting to a moderate place to support college pathways and trade skills pathways,” Bogatin said as Lakeside community members brought up the need for trade skills in student education. “We opened our trade building this year and it is a developing program, but one that the teachers and administrators say will be unmatched by any other in the state.”

Bogatin also bragged about North Bend High School’s culinary program and its catering business the “Blazing Bulldogs” when the topic of trade skills was brought up.

“Part of our role is getting kids to see the opportunities in their own backyard, outside of just what their parents are doing,” he said. “Many students who want to be teachers chose that because their parents were teachers .... Those decisions are made really early on in high school, whether they want to pursue a four-year degree or work on a fishing boat like their dad.”

He pointed out that if one industry closes, students should also have additional skills to fall back on, which is something he learned from speaking with local trade businesses.

“Welders need to learn how to weld upside-down,” he said. “That’s what businesses are asking for now. They also say they aren’t interested in hiring people who can only weld steel, but also aluminum. You have to be multi-skilled to be in that industry and we need to pass on all those skills, make sure we’re preparing students on how to do multiple things to give them a solid educational framework to prepare for either college or the trades.”

However, he told those in attendance it appears that the pendulum is swinging back from pushing students just into college. He pointed out that the push is leveling out somewhere in-between college and learning trade skills.

“We need to do a better job at the high school to uplift and help kids to college and award them in trades,” Bogatin said. “When journeymen get those licenses, we should celebrate them.”

Looking to the Future

During the casual sit-down event, Bogatin delighted in the kindness of people inside the North Bend School District, something he says he experienced when he first moved in.

“When I moved into my house on Sept. 10, it was the middle of the week,” he said. “I was spending the day unloading boxes and by 3 p.m. was beat tired and still had more to move when 15 to 20 people from the district showed up and brought food. It was an early experience in North Bend, something that had never happened in Corvallis.”

It was one of many items discussed during the event, including complaints made about the North Bend High School football team not standing at attendance on the field when the National Anthem is played.

After the event, Bogatin told The World that the district will seek a potential bond in the future as well as continue informal Coffee with the Superintendent meetings.

“I think as we start identifying needs specific to areas like we did today in Lakeside, such as developing a summer program. We will see where we should serve our students in new ways,” he said. “We want to better support (Lakeside) and that is in after-school and summer programs, renewed opportunities not just for kids that live in town but the whole district.”

Bogatin plans on holding Coffee with the Superintendent once every six weeks in different parts of the district at different times in the day.

“I want to connect with the community, to do outreach,” he said, adding that the push for the event came from the School Board when a consultant spoke about board values and communication. “A coffee event sometimes has a big group or a small group, but connecting with them is valuable.”

Hundreds of people traveled to the Oregon Coast to view large breaking waves and some of the highest tides of the year. Wave heights on a number of beaches were expected to be up to 28 to 32 feet.