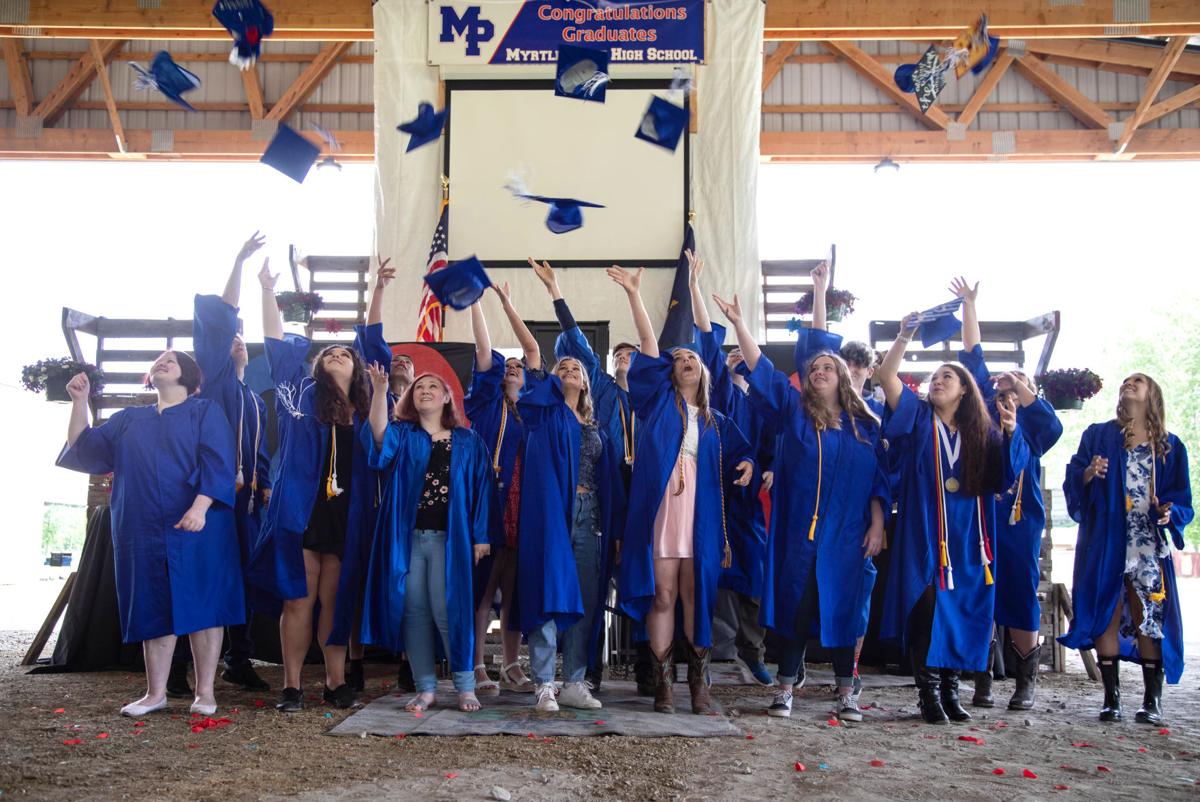 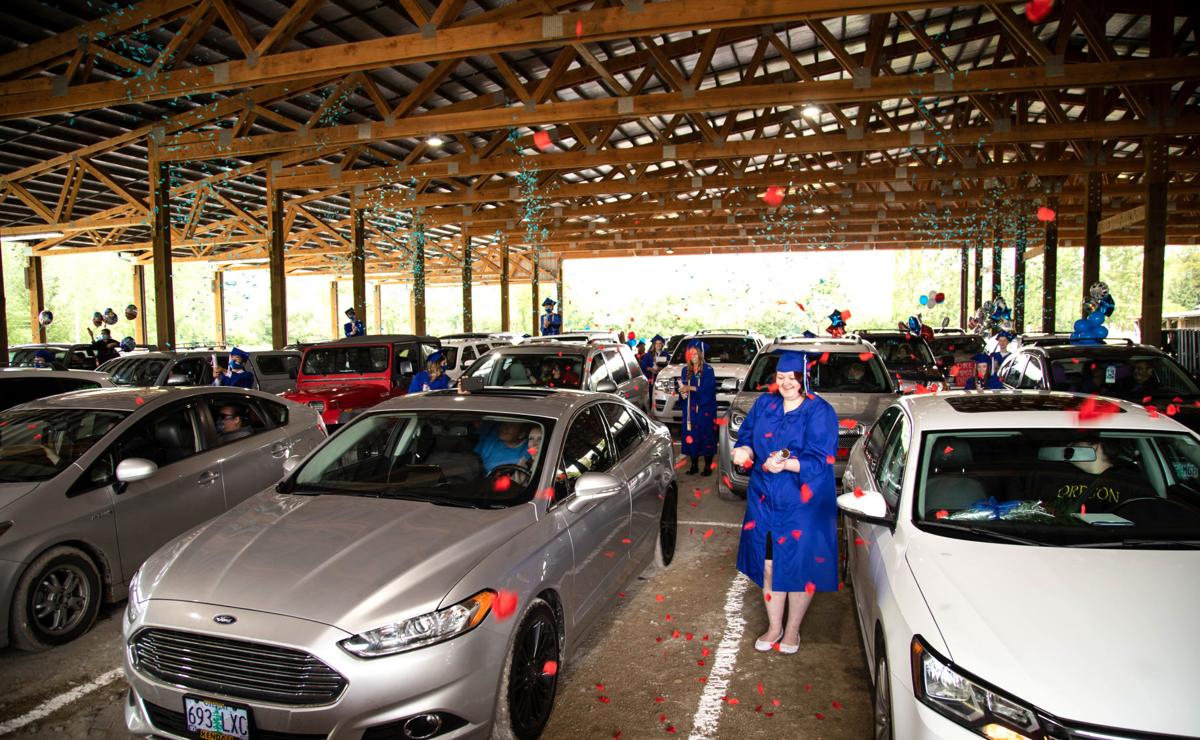 MYRTLE POINT — Over the weekend, Myrtle Point High School celebrated its graduating Class of 2020 with a special drive-in ceremony held at the Coos County Fairgrounds.

The ceremony, which was broadcasted live on the radio Saturday, June 6, invited seniors and their families to attend this year’s graduation from the safety of their vehicles.

School officials took the drive-in graduation route after receiving feedback earlier this spring from seniors and their families who expressed they wanted an in-person ceremony of some sort.

Following the ceremony Saturday, seniors were also honored with a parade through downtown Myrtle Point where community members were able to congratulate the graduating seniors.

Myrtle Point High School Principal Kayli Fandel said school officials wanted to do something special for the Class of 2020 and so earlier this spring decided they would post their senior portraits on electrical poles up and down Spruce Street.

The photos were placed downtown as another way to honor their seniors and to give them extra recognition for their hard work and for completing their senior year. Fandel said she will be sad to see the seniors go, but that she is proud of each student.

Despite her senior year not being what she and her fellow classmates always hoped for, salutatorian Nichole Leep said via email she’s proud of herself for all the hard work she put into becoming this year’s salutatorian.

Looking to become a veterinarian, Leep said she plans on attending Oregon State University, where she will major in animal science. During her time at Myrtle Point High School, Leep participated in a number of sport programs including volleyball, basketball and softball. She also was a member of the National Honor Society where she held a leadership role throughout her entire high school career.

Like many seniors across the country, the Myrtle Point Class of 2020, which consisted of approximately 25 seniors, faced many changes to their senior year due to the new coronavirus. With the end of the year not being ideal, the seniors never gave up, said Fandel.

“I want the Class of 2020 to know that I’m super proud of them and their perseverance,” said Fandel. “I appreciate their ability to find the positive in whatever situation they’re in.”