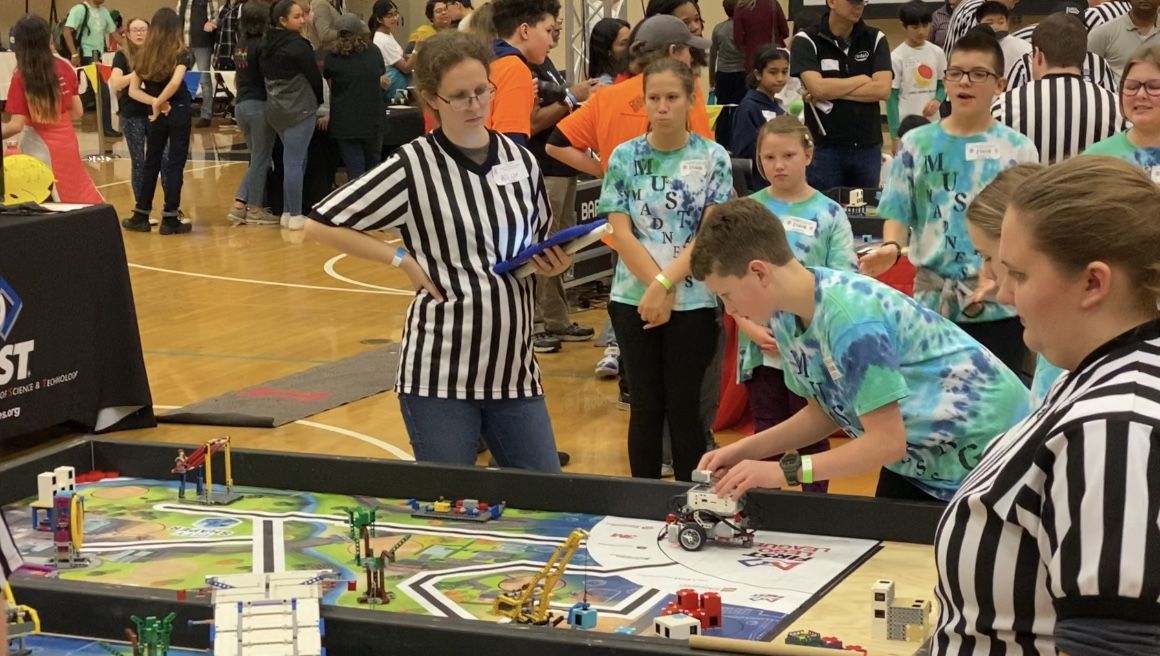 Students from Millicoma's robotics team, Mustang Madness, competed in Hillsboro over the weekend at the state championships. 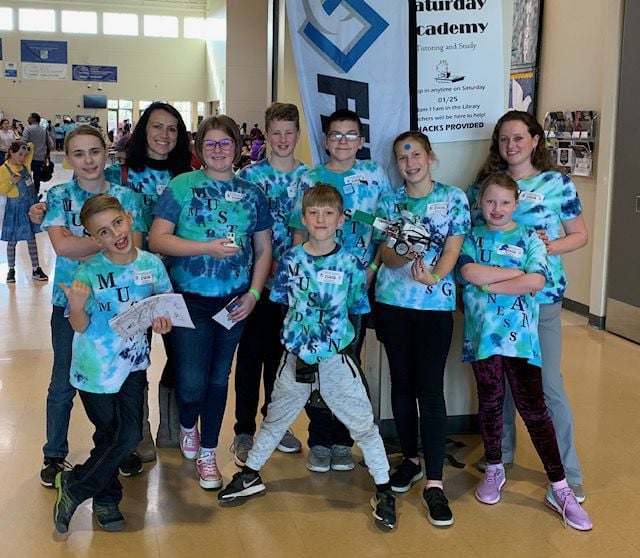 The Millicoma School robotics team, Mustang Madness, went to the state championships over the weekend. Though they didn't win any prizes, they are still working to come out with a transportation app incentivizing students to take the bus to school to reduce traffic in Eastside.

EASTSIDE — The Millicoma School robotics team taped Principal Gary Roberts to the wall to raise money for a trip to the state championships.

The eight-person team sold each piece of tape for $1 on Friday, Jan. 17, and raised $125 for the trip, in addition to funds already provided by the Coos Bay School District.

“The district gives you funds, but when you take kids to a competition it’s nice to have money for extra supplies,” Roberts said.

The Millicoma School robotics team, Mustang Madness, went to the state championships over the weekend. Though they didn't win any prizes, they…

Roberts said when he was asked to participate, he was “all for” anything that helps build school culture.

“I’ve never been afraid of making fun of myself either,” he laughed.

Building up to the event last week, Roberts said students approached him in the hallways and would excitedly tell him they would purchase a piece of tape to tape him to the wall. An EMT was present during the morning assembly that Friday to make sure there were no injuries when the chair was removed after all the pieces of tape were applied.

“I was up on the wall for 10 to 15 minutes,” Roberts said. “The kids wanted to high five me or take pictures with me. They were nice and respectful.”

He joked that being “strapped to the wall was therapeutic” because of his bad back.

Assistant robotics coach, Karli Kinney, told The World that the team went up to the competition at Liberty High School in Hillsboro on Saturday, Jan. 18, and competed all day Sunday, Jan. 19. Though the team didn’t win any awards, Kinney said the students “all had a good time.”

“I think the students like the fundraiser of taping the principal to the wall because it got other kids in the school aware of what they do and reduced the stigma that STEM is for nerds,” Kinney said, referencing the Science, Technology, Engineering and Math program that the robotics team runs through. “It isn’t just about making a robot and having that robot perform on a table, either.”

One of the projects that the team researched and was judged on was researching an issue in the community that could be improved. This year, the team chose improving transportation to school in Eastside.

“It’s congested in the mornings and evenings and with the Eastside School opening soon, it will get worse,” Kinney said. “So they looked at an app that could have an incentive program for kids who ride the bus. You get a certain amount of points when you ride the bus and after some time you add them up to get a prize.”

The team also found a university in Portland where students create apps for free, according to Kinney.

“They are looking into that as well as grants to make it happen,” Kinney said.

Officers from the Coos Bay Police Department will join law enforcement agencies throughout Oregon in a Safety Belt Enforcement Campaign.