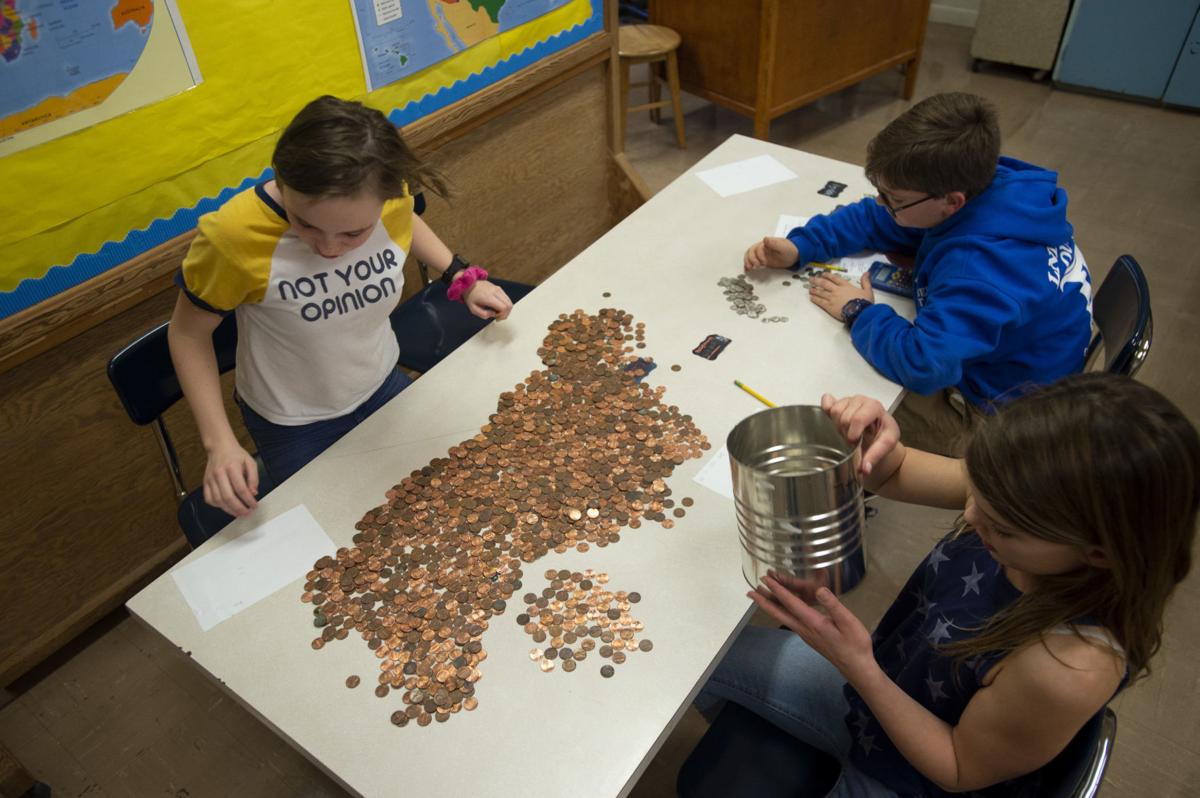 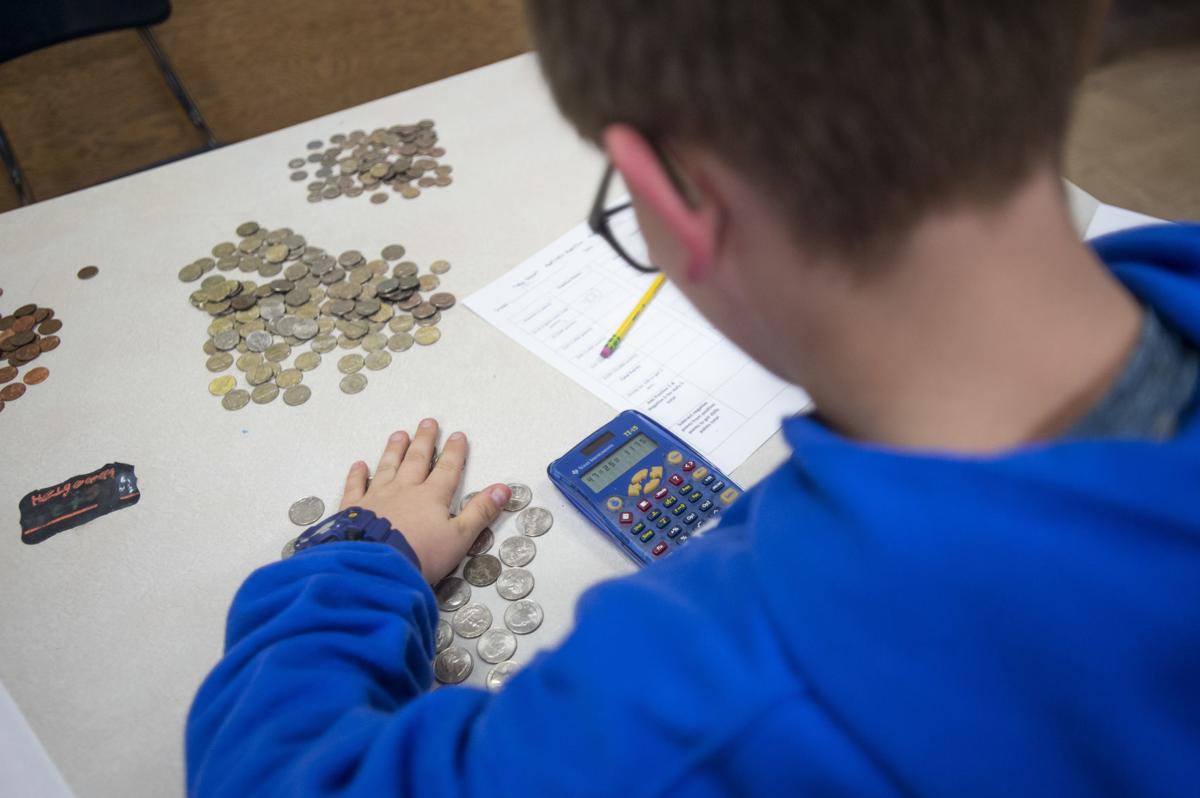 A Millicoma Middle School student adds up donations collected Tuesday during an ongoing fund raiser at to benefit animals suffering from the wildfires in Australia. 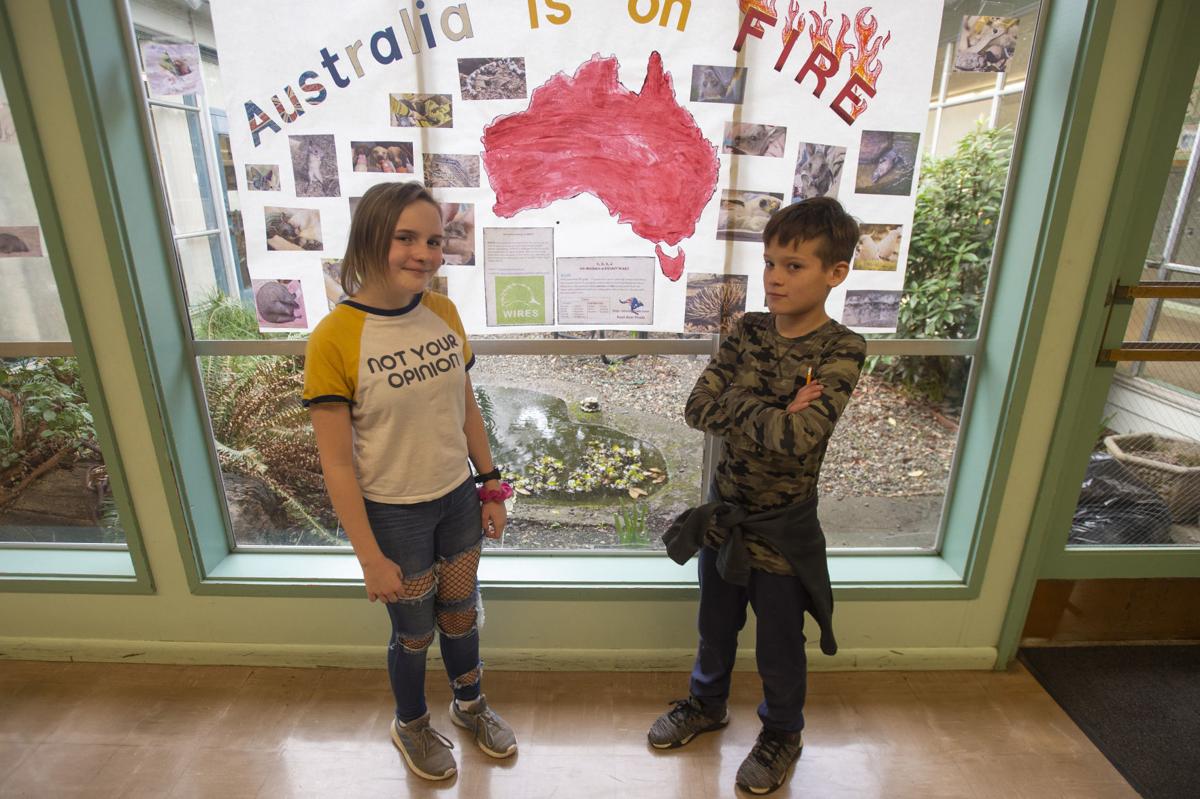 Millicoma students Baley Zumwalt and Matthew Villareal stand Tuesday in front of a poster they made to promote an ongoing fundraiser organized at the school to benefit animals suffering from the wildfires in Australia. 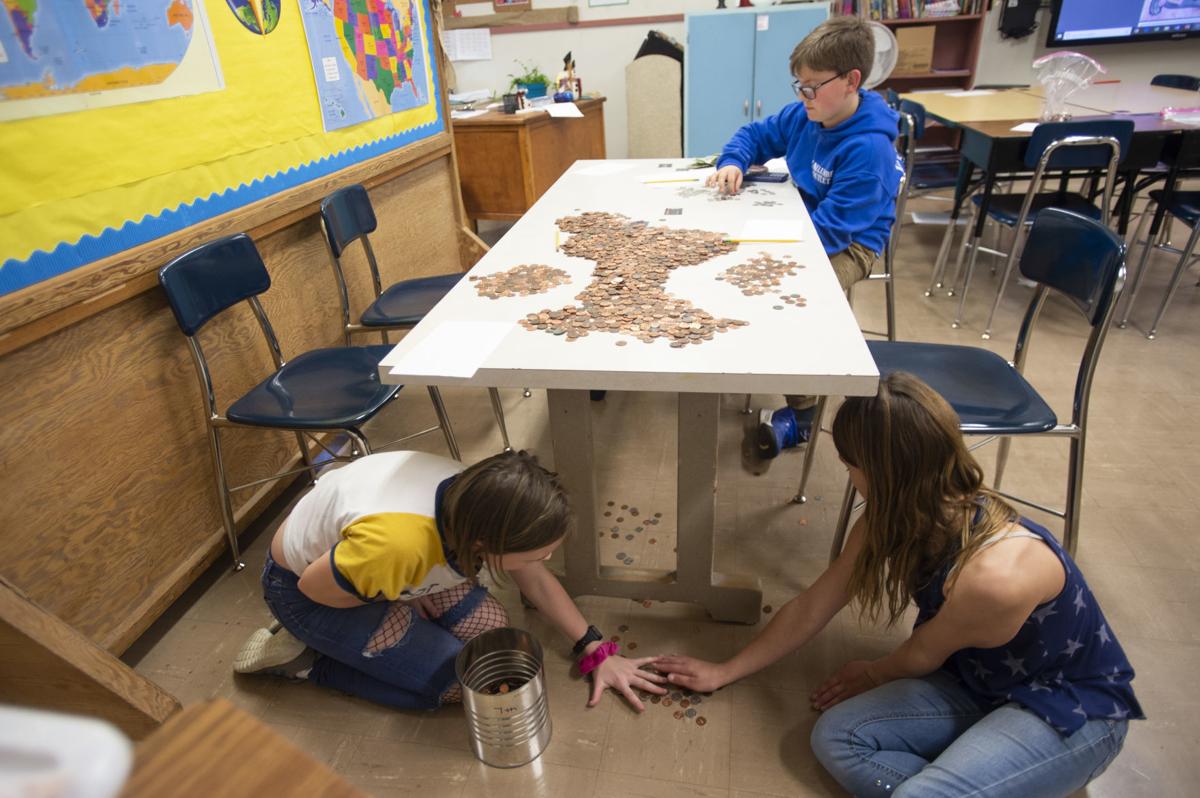 Students Baley Zumwalt, left, and Star Harless recover spilled coins as they count donations Tuesday during an ongoing fund raiser at Millicoma Middle School to benefit animals suffering from the wildfires in Australia.

EASTSIDE — Students at Millicoma School are raising money to benefit the victims of the Australian wildfires. So far, over $2,000 has been donated to the fundraiser.

“Over break, the fires were heartbreaking to watch,” said Jacquie Gamble, a sixth and seventh grade teacher at Millicoma. “I have a couple friends in Australia and talked to them and bawled with them.”

Gamble asked Millicoma Principal Gary Roberts if she could start a school-wide fundraiser. After she got approval and school was back in session, students embraced the mission to raise money.

“Kids were fired up and passionate about it,” Gamble said.

The fundraiser included a “penny war,” or a competition where groups collect coins and bills to score points based on how much is collected. Gamble said once it began, friendly bantering and grade rivalries started.

“Silver coins can be used to ding other grades,” Gamble explained. “The sixth-graders were hit with over $200 silver coins. They are very serious about it, but also empathetic about what’s going on.”

According to Gamble, the Australian wildfires have had an impact on the subjects being studied. For example, the sixth grade exposition essays were written about the fires.

The fundraiser ends on Thursday, Jan. 23, and the funds will go to WIRES. The Wildlife Information Rescue Education Services is Australia’s largest wildlife rescue organization and has been around for 30 years. Through them, Gamble said the funds will be distributed to rescue groups helping save local wildlife.

“It is estimated that a billion animals are already gone,” Gamble said. “The kids have been very generous. We have little fourth-graders going home and opening their piggy banks and taking out money.”

Since raising money for the fires, Roberts said he has been both shocked and pleased.

“I didn’t anticipate how this would bring the building together,” he said. “Everyone has been generous, but the kids are interacting about it in the hallways, at recess and morning assemblies. It’s made the school stronger as a whole.”

Sixth-grader Matthew Villareal, who loves kangaroos, told The World that he feels good about helping because, “They should have more money to buy equipment to help the animals.”

Fellow student Baley Zumwalt added that, "The animals make Australia what it is, so they should be saved.”

Also since starting the fundraiser, Gamble has seen beauticians in the area commit to donating a month's-worth of tips to the school fundraiser.

“Everyone has just been inspired to donate,” she said.

On Thursday, one grade level at Millicoma will win the penny war and those students will all receive root beer floats.