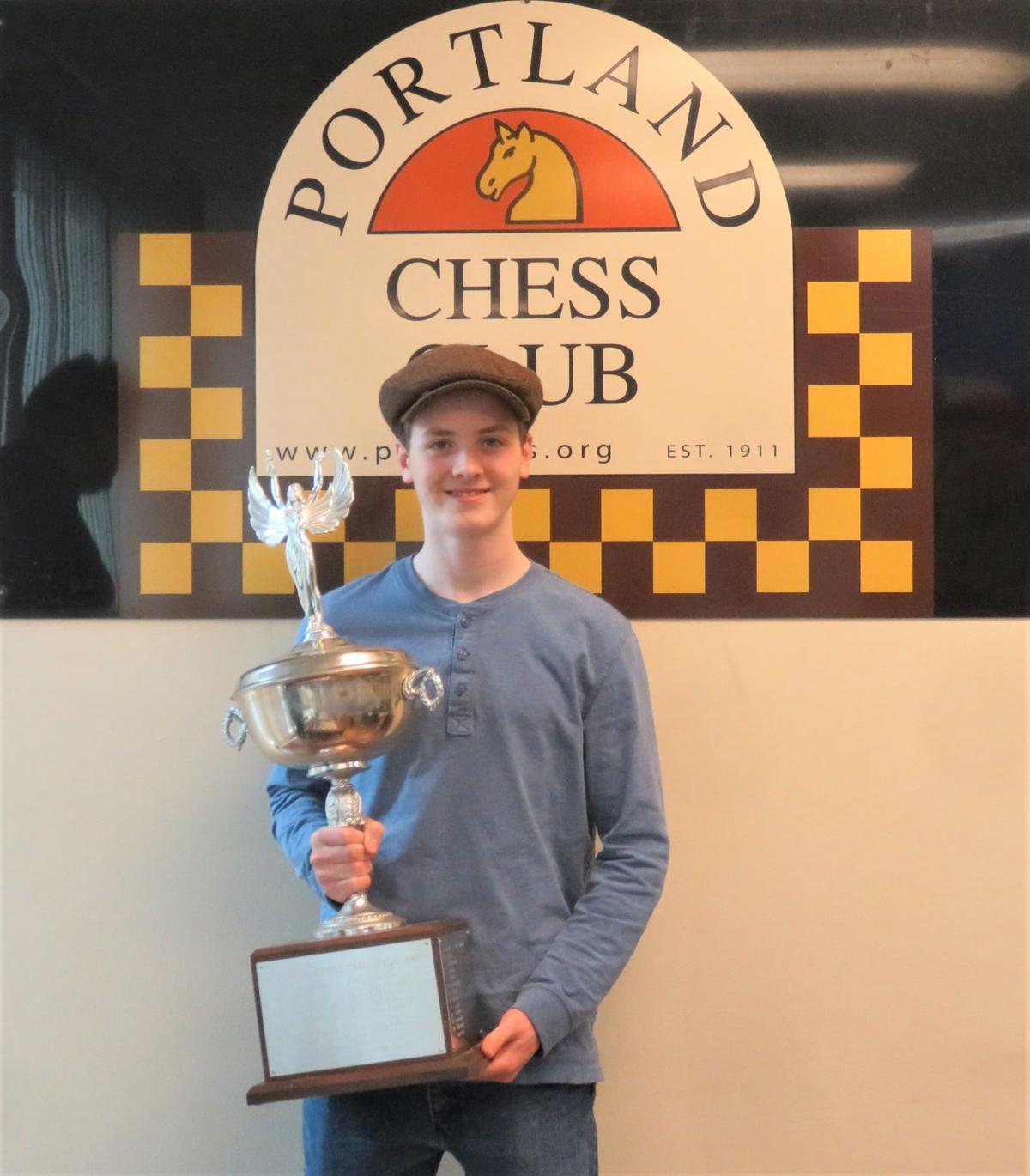 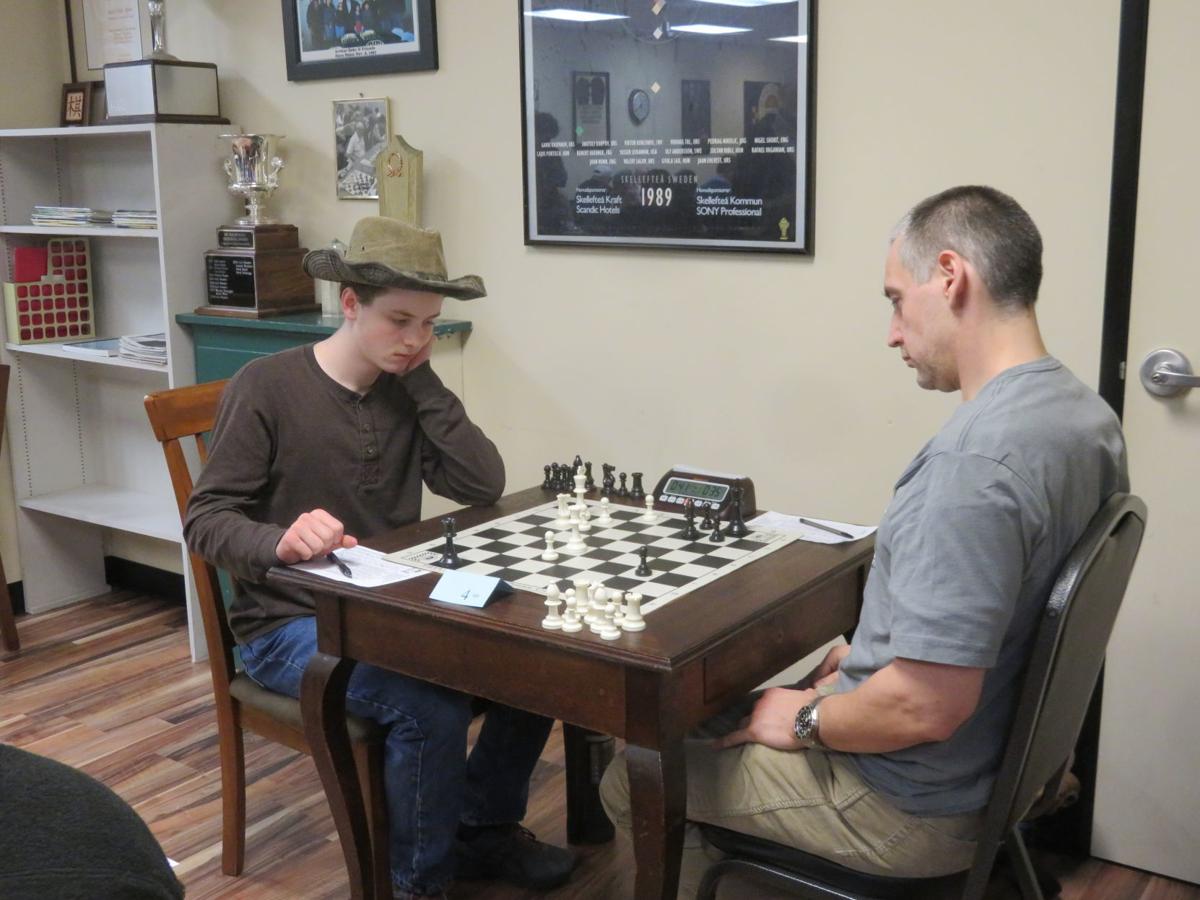 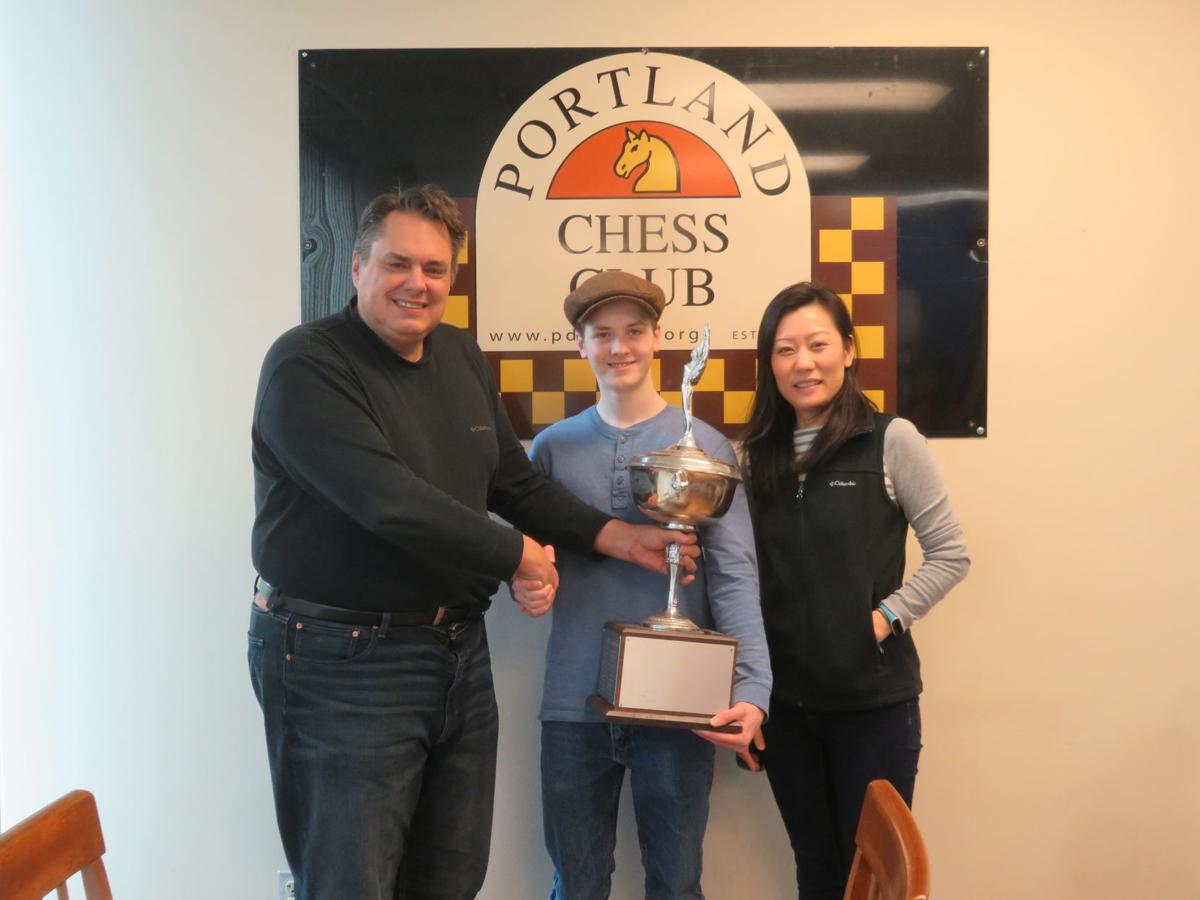 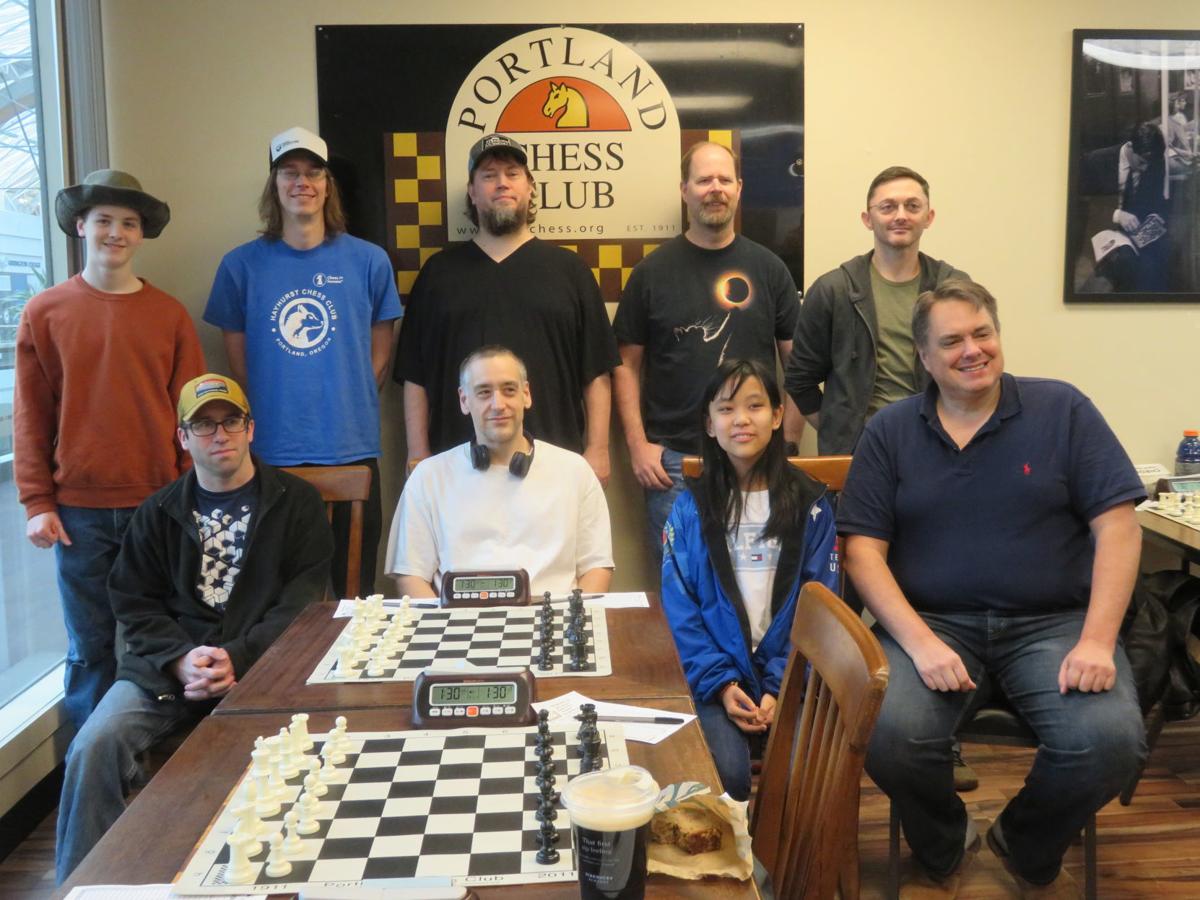 Joshua Grabinsky on the far left with the top eight other players of Oregon (not pictured: Shunkai Peng).

Grabinsky was seed three. Shungkai Peng was top seed and Grabinsky drew him during round three but Shungkai withdrew and due to rules, that game was changed to a full point bye. Then Grabinsky beat seed two, Nick Raptis, in round four. Raptis has been the Oregon Champion five times in the past two decades.

"After playing the top two seeds early in the tournament during the weekend of Feb. 8 and 9, Joshua had to return the following weekend of Feb. 15, 16 and 17 to fend off the lower rated players," said Coquille Chess Club coach Dr. Nancy Keller. "Draws frequently occur when players are at nearly equal level in skills. Joshua did succumb to a draw in round 6 to Matt Zavortink who was fourth seed but Joshua was very happy with that draw as a surprisingly simple positional error had put him into a losing position."

But perpetual check saved Grabinsky from a loss. Then proving to be as elusive as an eel, in round eight, Grabinsky was once again in a losing position but managed to open some lines which his opponent did not notice and gave him some awesome checkmate possibilities, Keller said. His opponent had to give up a queen for a rook to stop the checkmate and then resigned.

"Others claimed Joshua was lucky but it takes real skill to squirm out of a losing position and perseverance not to give up," Keller said. "During the last game, Joshua had to play five-time Oregon Champion Carl Haessler and it was a tight game where neither made mistakes and resulted in a draw. Although technically undefeated (two draws) he won the same score as Nick Raptis (although Joshua beat him head to head) and thus they both share the title of 2020 State Chess Champion."

Joshua Grabinsky on the far left with the top eight other players of Oregon (not pictured: Shunkai Peng).

Chess skills run in the family. Aaron Grabinsky, Joshua's older brother, who is now in his fourth year at Webster University in St. Louis, MO., studying chess, played in the five-day Charlotte Open Chess Tournament in North Carolina in the first week of January, where he won 17th place.

A tall, glass bottle filled with layers of colored sand shines brightly in 11-year-old Angela Armstrong’s hands as she explains what each color means as well as the person it represents. A constant reminder of all those in her life who love her, Angela holds her bottle, which has room left on top to fill with more sand, with lots of pride. Her mom, dad, grandmother and cat, as well as her adoptive parents Jennifer and Carl Armstrong are all inside the bottle, she says.