NORTH BEND — Former North Bend High School Principal Bill Lucero is to receive $50,000 in a settlement agreement with the North Bend School District, the district’s board of directors, and former Superintendent Bill Yester. In addition, he is set to receive an undisclosed sum of money from a secondary settlement.

“There were two settlement agreements as a result of litigation,” said Roland Iparraguirre, Lucero’s attorney. “One was a general settlement with the school district and a second settlement, the terms of which I cannot discuss, entered into with Rebekah Jacobson and Garrett Hemann Robertson law firm.”

Lucero initially filed a lawsuit for $2 million last year to void the settlement agreements between the district and the American Civil Liberties Union of Oregon. 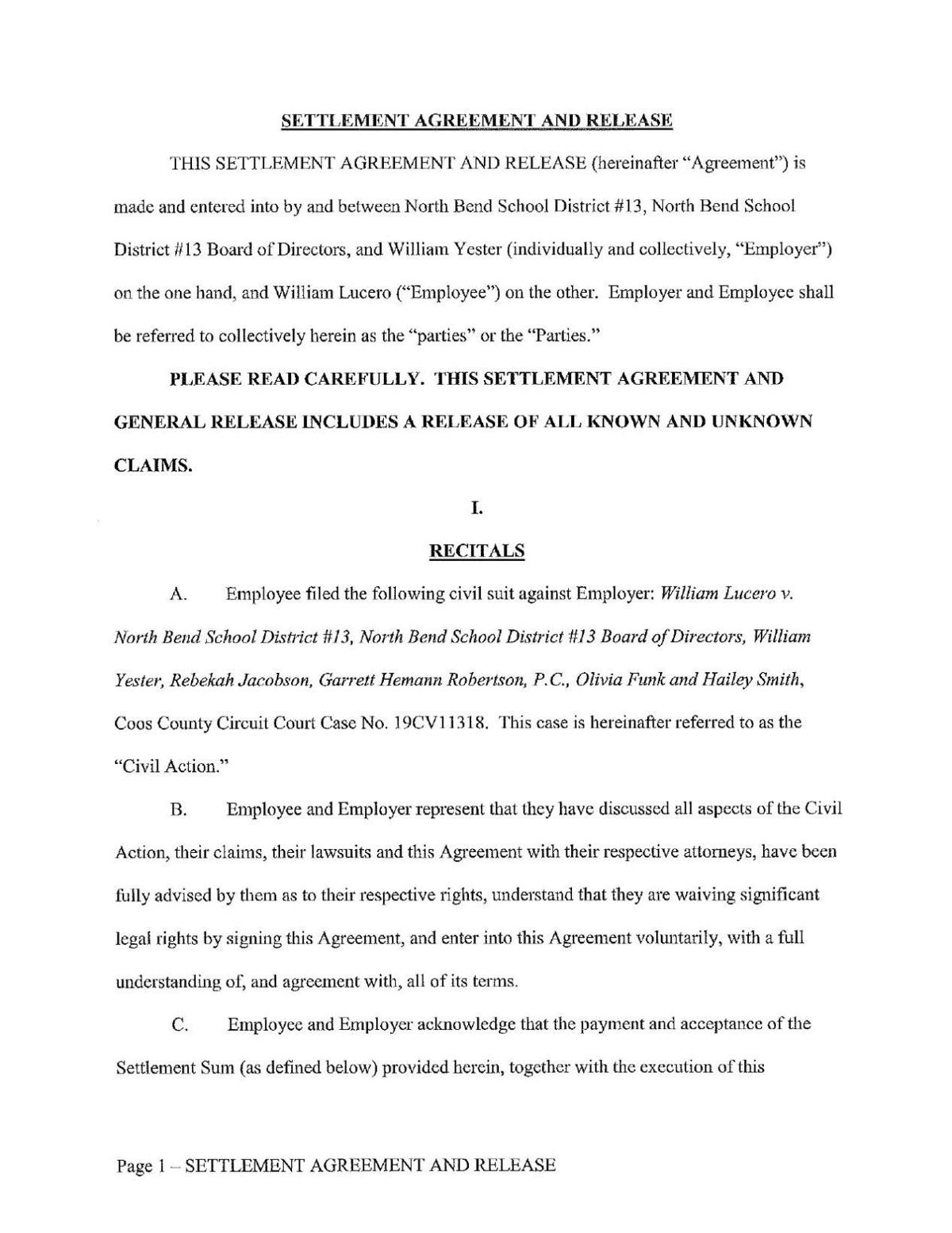 As The World previously reported, “(the ACLU of Oregon) settlements were made a year ago after two students, Olivia Funk and Hailey Smith, came forward … and alleged that Lucero forced another student to read the Bible as punishment ….”

Lucero filed the lawsuit against not just the district, the board of directors and Yester, but also School District attorney Rebekah Jacobson who represented the district throughout the ACLU of Oregon settlement in 2018.

Lucero’s attorneys, Roland Iparraguirre and Shannon Rickard, filed the lawsuit arguing that the ACLU of Oregon settlements signed with the district were invalid because “there was no legal authority for such settlements.”

Lucero asked for economic compensation “no greater than” $1 million because he is “now unemployable in any profession and by any employer except for the School District,” the lawsuit read.

He also asked for non-economic damage compensation “no greater than” $1 million after suffering emotional distress, mental suffering, anxiety, humiliation, increased stress and damage to his reputation, the lawsuit said.

The school district lawsuit was officially settled on Thursday, Feb. 20, with a general settlement payment of $50,000.

According to the Feb. 20 settlement between Lucero, the district, board of directors and Yester, the settlement includes agreements for non-admission of liability. This means the district should not in any way “be construed as an admission by employer that it has acted wrongfully with respect to the employee or any other person.”

Through Iparraguirre, Lucero said he is “very pleased” with the outcome of the settlements.

More details will be published next week.