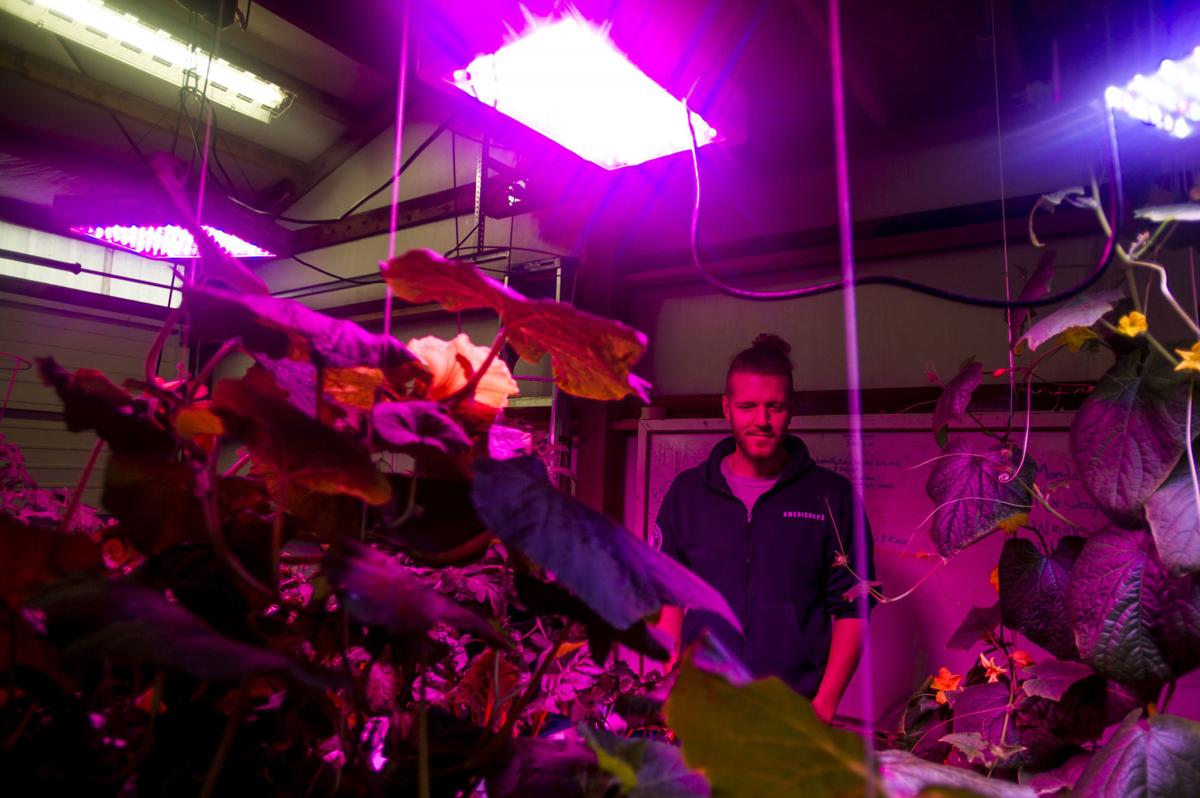 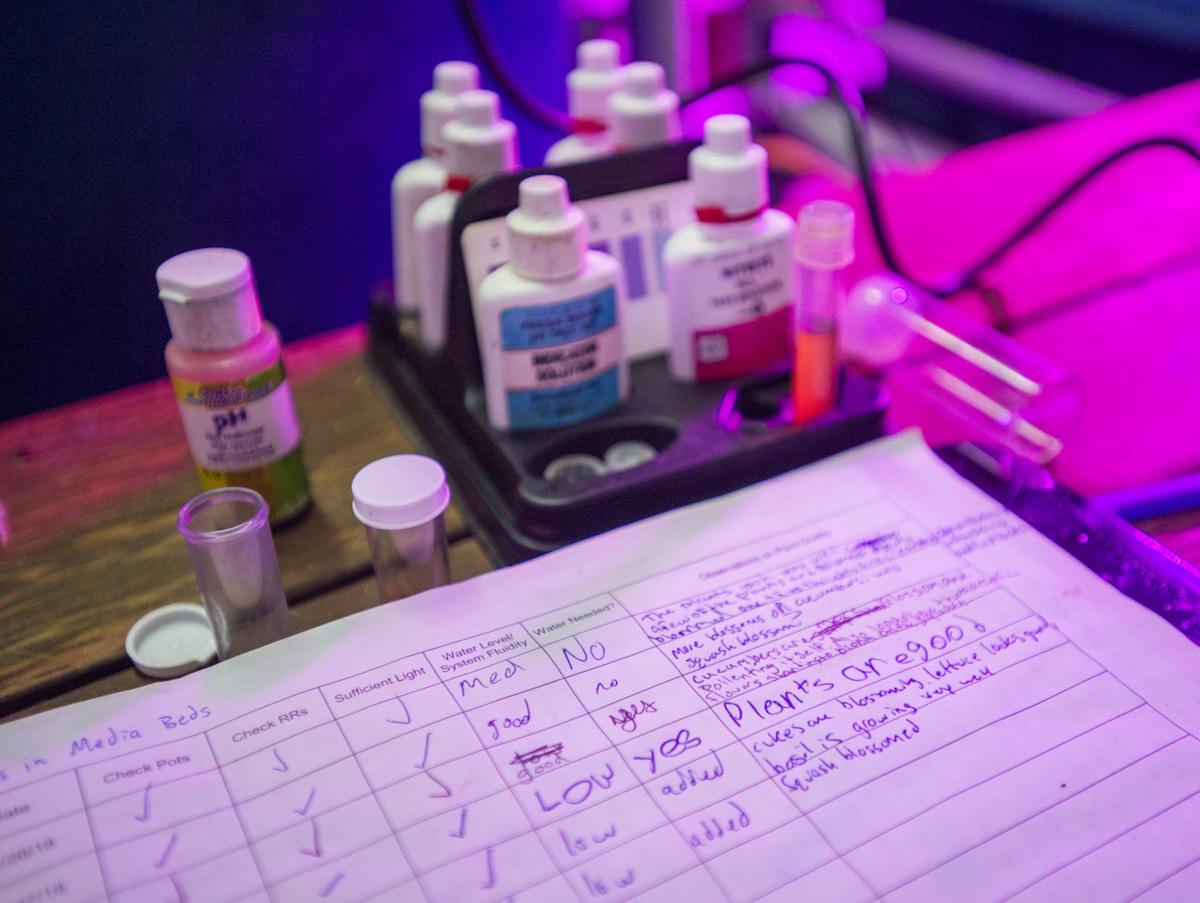 Notes on a clipboard Tuesday on an aquaponic garden maintained by students at Alternative Youth Activities in Coos Bay. 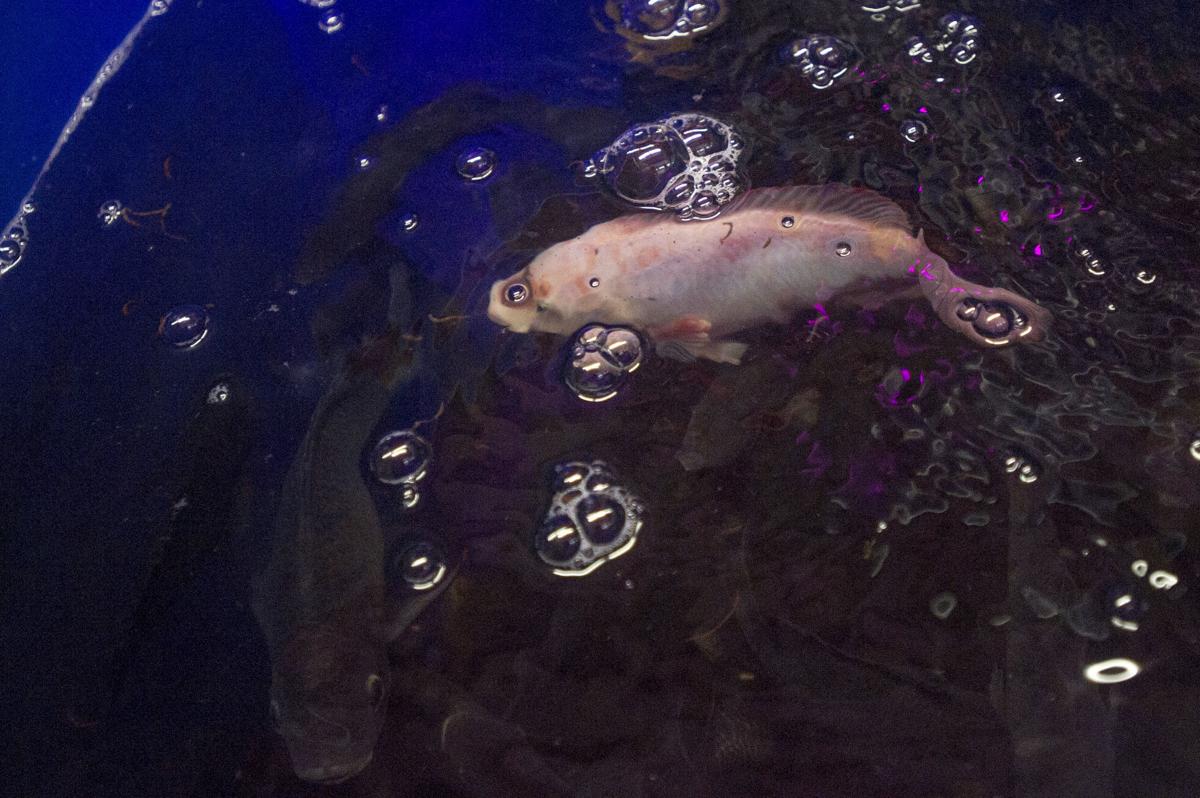 A tank of talapia provides nutrient-rich water to an aquaponic garden maintained by students at Alternative Youth Activities in Coos Bay.

COOS BAY — Teaching math in school has rarely been so hands-on.

At Alternative Youth Activities in Coos Bay, students are using math daily in their new aquaponics structure, which was two years in the making. Though they have been raising tilapia since last year, growing vegetables is the latest addition.

Notes on a clipboard Tuesday on an aquaponic garden maintained by students at Alternative Youth Activities in Coos Bay.

“I got involved in aquaponics years ago in Buffalo,” said Scott Cooper, executive director for AYA. “They were doing it at local schools and I saw how much the kids enjoyed a hands-on activity. My big thing was moving it to math because when you think about it, you have the volume of a tank, the length, height and width and then you add fish so you have a quadratic equation. They have to think about how much water is there, but it is math you can see, touch, feel and think about.”

Cooper began the aquaculture portion of the project last year, which is raising fish, but after incorporating plants it has created its own ecosystem.

“The nitrites come from the fish and go into the plants, which turn into nitrate and go back into the fish,” he said. “Last year, when we only had fish, stabilizing them was tough. When we introduced the plants, they became our filter and cleaned the water going back to the tanks.”

The building that holds this newly-formed ecosystem sits next to the AYA building in Empire, a warm relief from the winter cold. Cooper said that is thanks to the 86 degree water where the 70 tilapia are being raised. That water goes on to heat the entire room as it moves from the tank to the plants and back again.

Some of the vegetables being grown include basil, tomatoes, kale, lettuce, zucchini and eggplant. AYA recently took its fresh basil to the Coos Head Food Co-op, which is now interested in purchasing other vegetable products produced by the students. Cooper said the students will also give a presentation on how aquaponics is done and goes from that into local stores.

“We’re expanding out from our small system and putting in a larger system because we’re going to be distributing to the public,” he said.

A tank of talapia provides nutrient-rich water to an aquaponic garden maintained by students at Alternative Youth Activities in Coos Bay.

As Cooper showed off a contained area in the aquaponics room where sprouts are grown, or what he called the “starting chain,” he compared the project to education itself. As he put it, a seed is planted, watered, and then it grows.

“Education is like that,” he said. “We use metaphors in the learning process.”

AYA has been providing individual instruction to at-risk youth for 35 years, according to its website. It’s a program that turns young lives around with compassion and with a structure tailored to each child’s needs.

For the aquaponics program, Cooper said it is a process. Though the proof of concept is finished, kids can now watch their hard work pay off as plants and fish grow and are sold locally.

COOS COUNTY — At last week’s board meeting, Coos County Commissioners approved its letter to U.S. Fish and Wildlife Services calling out the a…