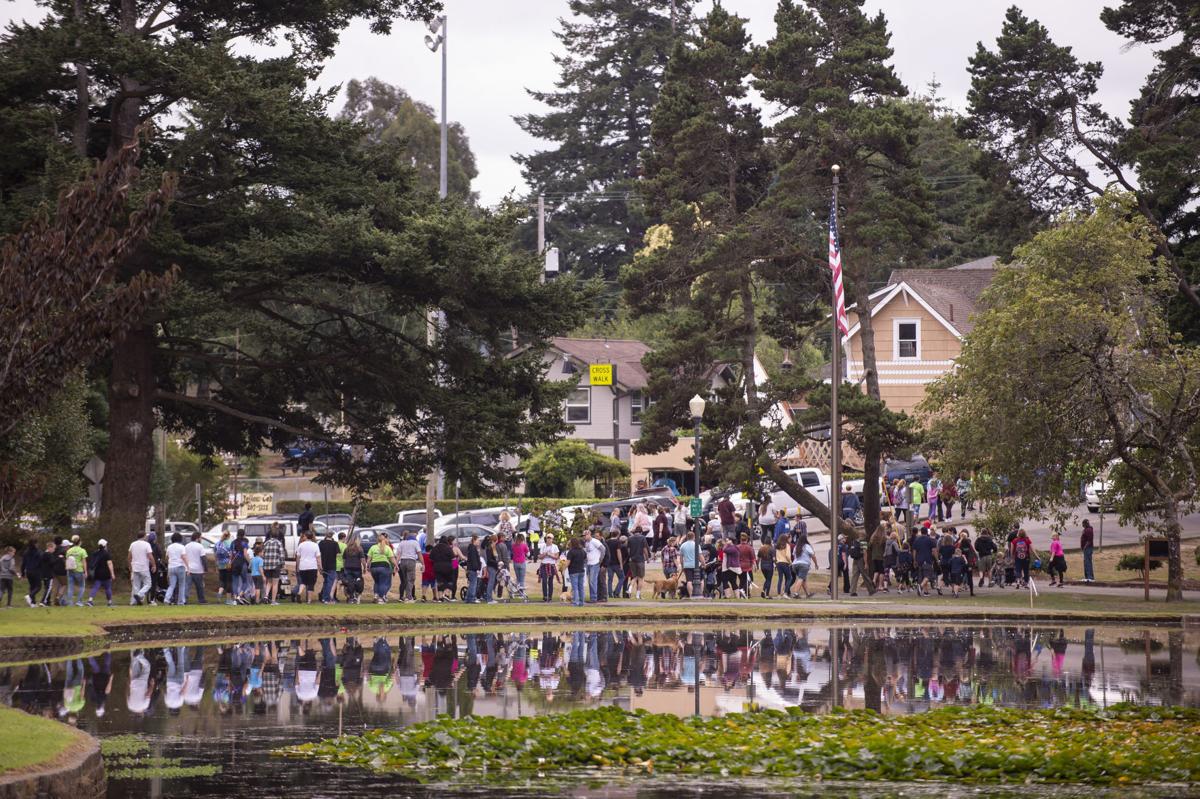 Hundreds of people gather at Mingus Park in Coos Bay on Saturday for the Out of the Darkness Suicide Awareness Walk. 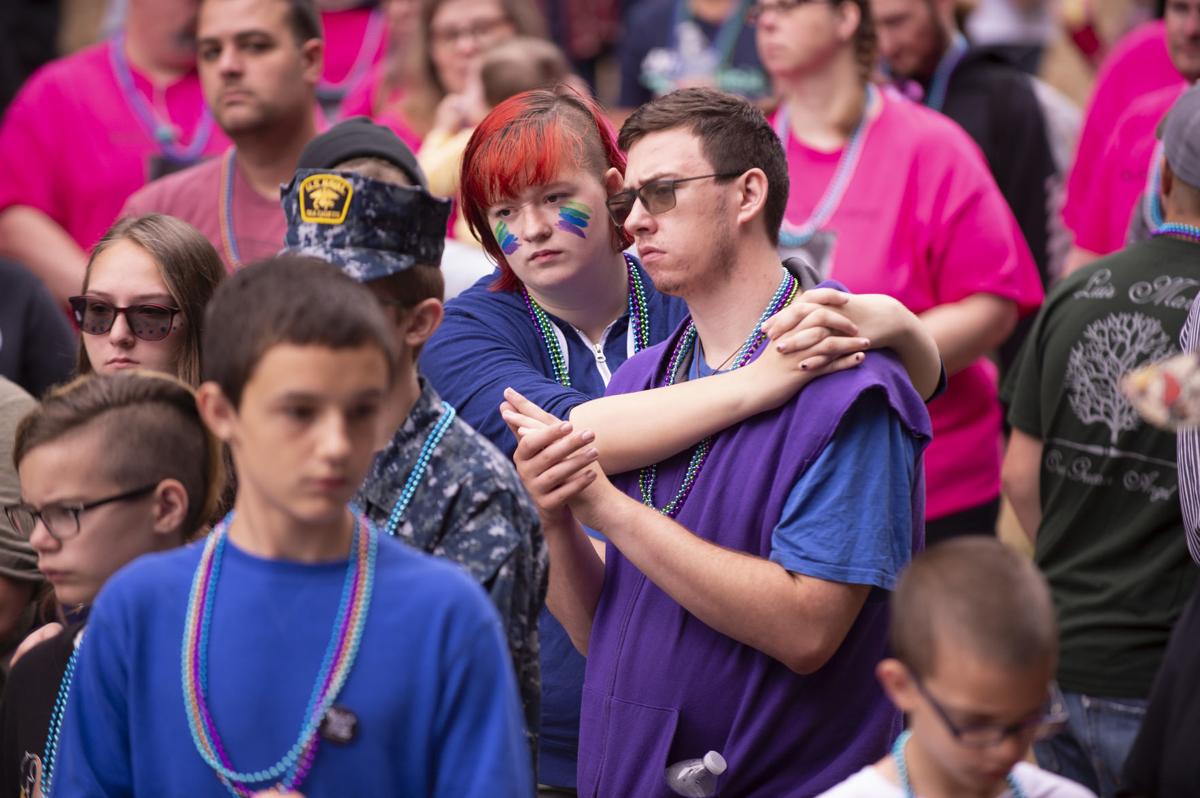 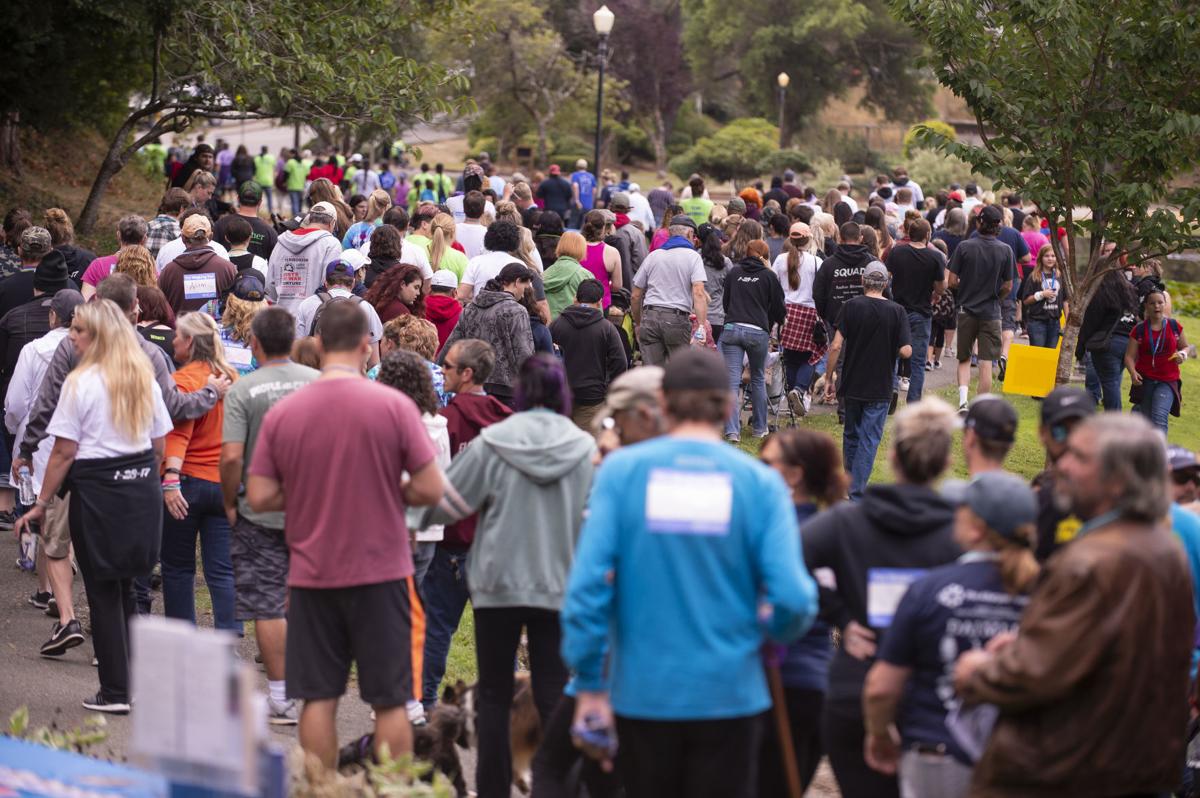 Hundreds of people gather Saturday at Mingus Park in Coos Bay for the second-annual Out of the Darkness Suicide Awareness Walk.

COOS BAY — More than 400 people participated in the second-annual Coos County Out of the Darkness Suicide Awareness Walk Saturday morning in Mingus Park to help raise awareness about suicide and its prevention.

The 2-mile walk, which raises funds for the American Foundation for Suicide Prevention, provided community members an opportunity to take part locally in the fight against suicide.

Out of the Darkness

This year, the walk featured nearly 50 teams, had approximately 441 individual walkers and collected a total of $28,464 for AFSP. The funds will be used both statewide and locally for continued education, research and support services for people struggling with suicidal ideations.

Lance Nelson, the chairman of the walk and the chief experience officer at the Waterfall Clinic, said one of the main focuses of the event and moving forward is to get as many community members educated on the warning signs of suicide.

“We’re going to focus on people like the pseudo-therapists: your baristas, your hairdressers, your bartenders, taxi cab drivers,” said Nelson. “The people you have conversations with all the time who aren’t mental health professionals, but by giving them just a little bit of education will know what to do when they come across someone who is in crisis.”

Following the format of nationwide “Out of the Darkness” walks, the event also featured an opening ceremony where people who have lost someone to suicide or are struggling themselves with a mental health issue got to show their support by raising an assortment of colored beads.

Kristi Stocker, a community advocate and last year’s walk organizer, once again led the group in lifting their beads to honor their loved ones.

According to AFSP statistics, on average, one person dies by suicide every 11 hours in Oregon. Additionally, death by suicide is the second leading cause of death in Oregon for those between the ages of 15 to 34 years old.

Rep. Caddy McKeown and Sen. Arnie Roblan, who were both in attendance Saturday, also spoke before the walk and informed community members of their support and ongoing commitments to addressing the mental health needs of Oregonians.

Recently, Roblan became the chairman of the Senate Interim Committee on Mental Health, which he announced over the weekend would allow him to take a deeper look at the issues affecting people statewide.

Out of the Darkness

Hundreds of people gather Saturday at Mingus Park in Coos Bay for the second-annual Out of the Darkness Suicide Awareness Walk.

A number of local organizations and healthcare agencies were also at Saturday’s event with informational booths set up for those seeking or wanting to learn more about the mental health services offered throughout the county.

With such a successful turnout, Nelson said he and fellow organizers are hoping to keep the momentum going by continuing to have the conversation about suicide awareness and prevention. A number of trainings will soon take place around the county using funds raised during this year’s walk, he said.

As freshmen walked through their class schedules on Wednesday, the North Bend Trade Building saw its first wave of students.