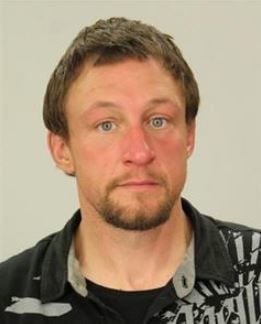 Christopher Sparkman, 34, arrested after breaking into a house Saturday. 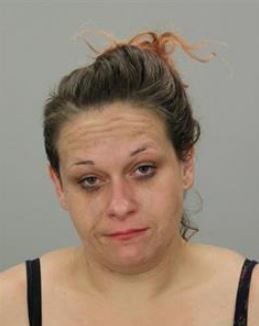 Kelly Warren, 29, was arrested Saturday after providing transportation to a house for a man who broke in through the basement door.

COOS BAY — Two people were arrested after deputies were called to a report of a burglary.

In a press release from the Coos County Sheriff’s Office, deputies were dispatched to Flagstaff Road in Coos Bay on Saturday, May 11 at 10:22 p.m. on a report of a burglary to an occupied home.

When law enforcement arrived, at least one person had broken into the house through the basement door while two others stayed outside.

“The suspects fled when one of the residents confronted the subjects with a gun,” the release said. “The suspect’s vehicle was blocked in by another resident who was returning home.”

Two of the three were located, which included Christopher Sparkman, 34, who was the one who broke into the home and “either attempted or actually stole” items from the basement.

Meanwhile, Kelly Warren, 29, provided Sparkman with transportation, the release said. Both she and Sparkman were arrested.

The CCSO was assisted on this case by Oregon State Police and the Coos Bay Police Department.

Man arrested after attempting to crash head-on into deputy

COOS COUNTY — A man was arrested last Friday after almost hitting a deputy head-on, then fleeing on foot only to fall off a cliff.