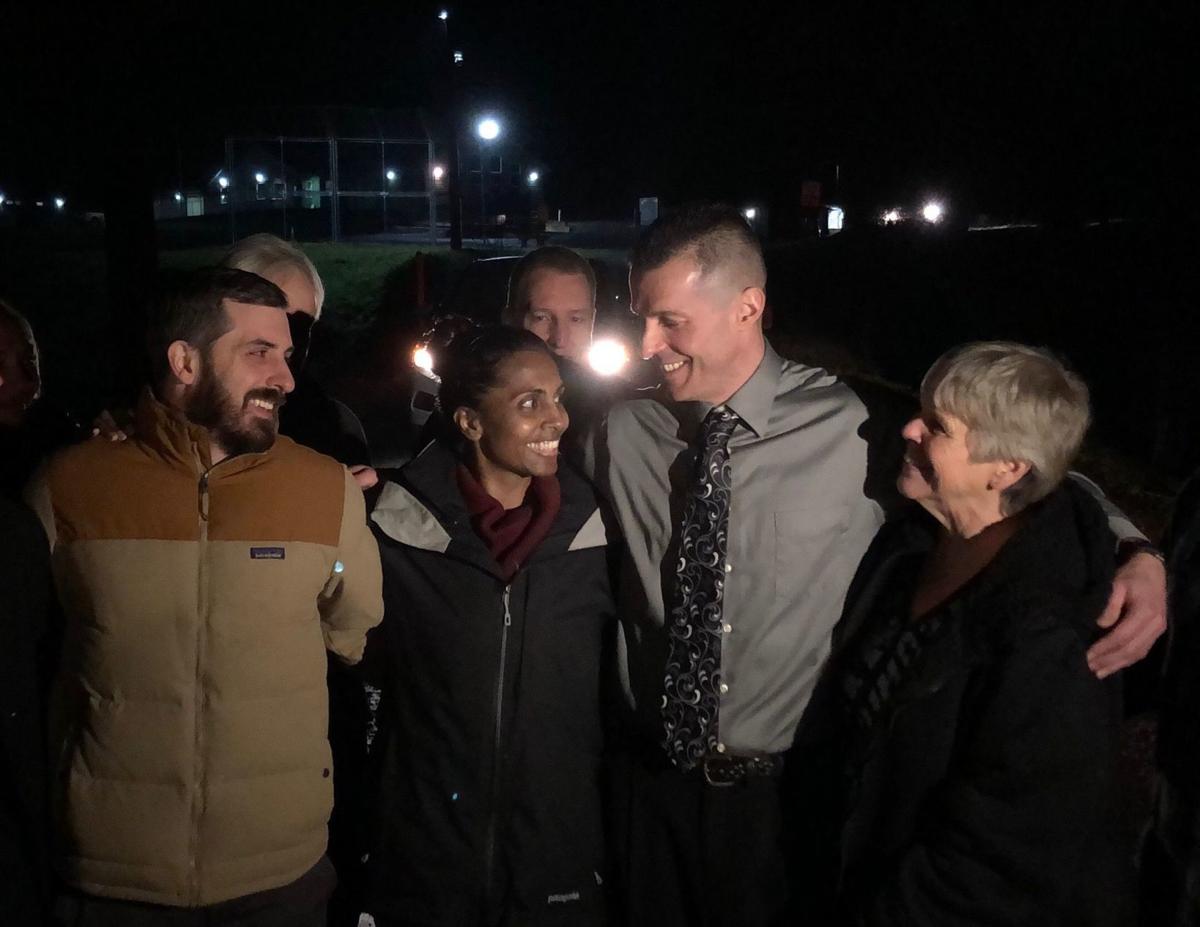 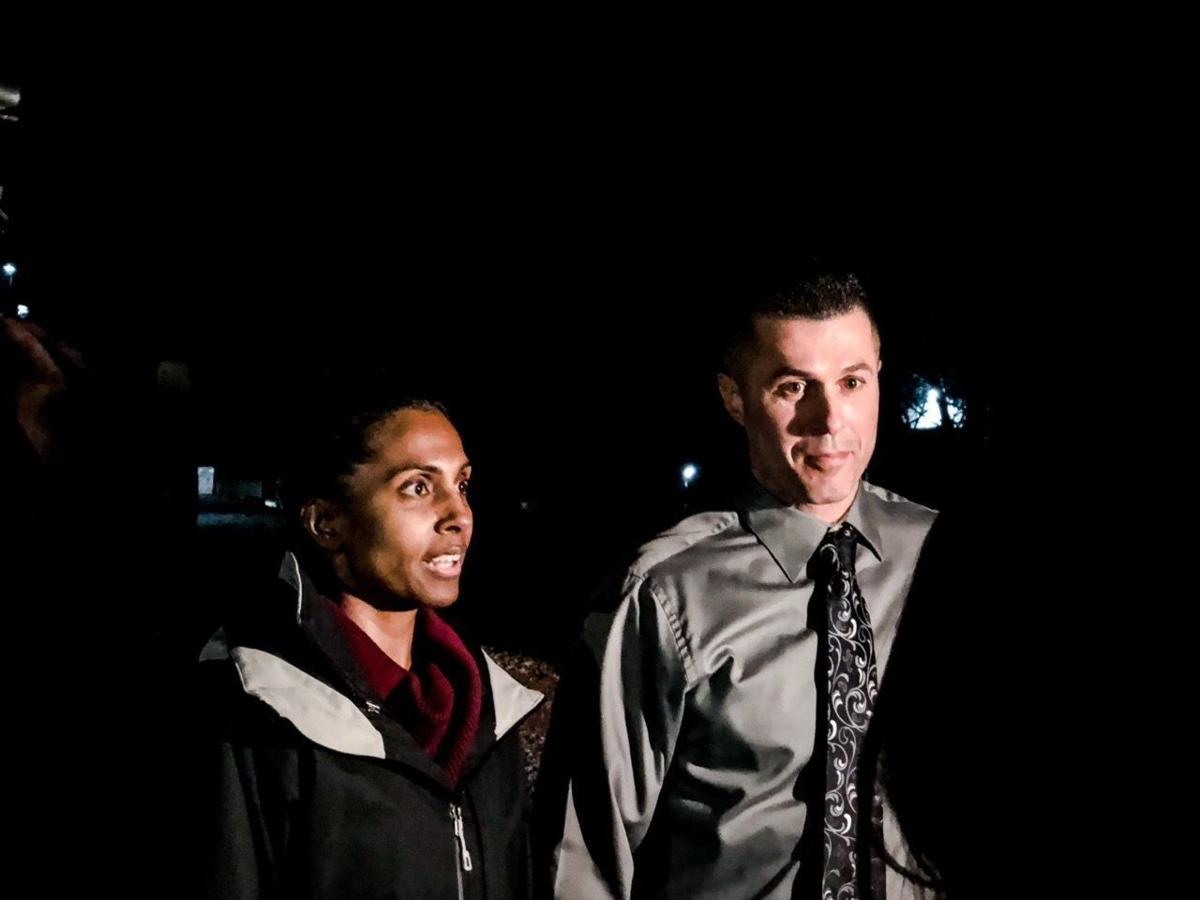 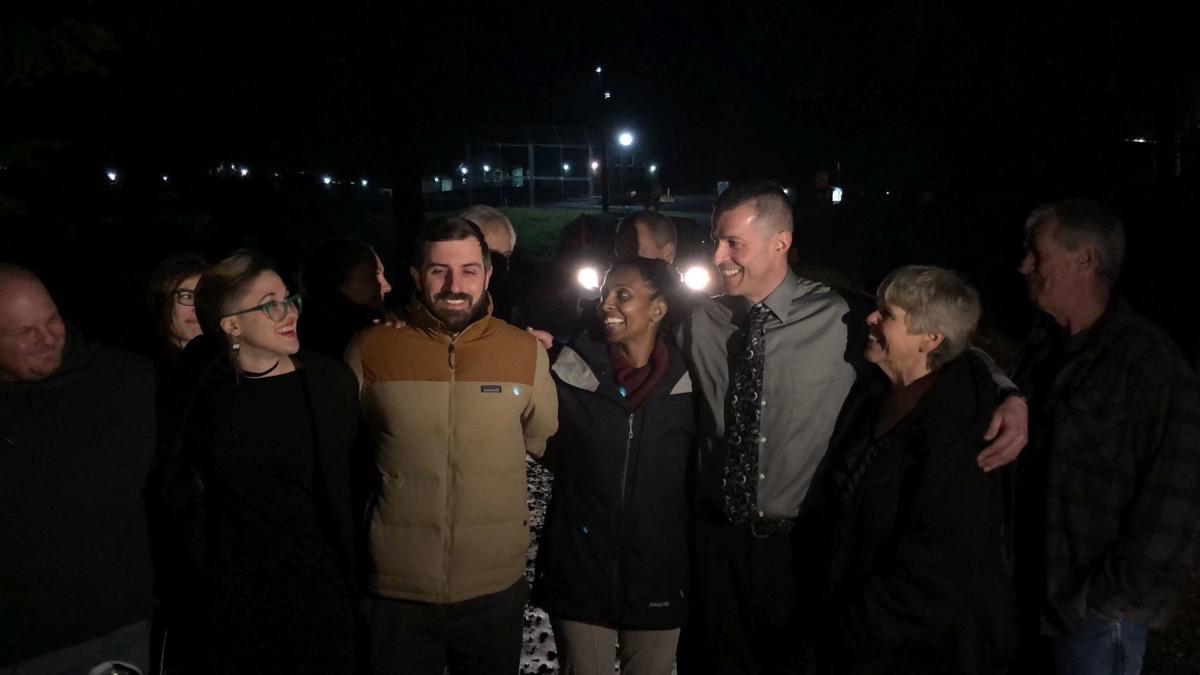 COQUILLE — “I would call this a victory,” said Janis Puracal, lead attorney for Nicholas McGuffin, on his exoneration after he spent nine years in prison for manslaughter. “It’s an honor for my entire team to work on this case and see him go home to his family in time for Christmas.”

Nicholas McGuffin with his mother and father, and his legal team, including attorneys Janis Puracal, Ryan O’Connor, and Andrew Lauersdorf, inv…

Earlier this week this week, the Oregon Department of Justice announced that it would not appeal the post-conviction relief ruling from a Malheur County Circuit Court. Hours after the announcement, Coos County District Attorney Paul Frasier also decided not to pursue a retrial, meaning McGuffin was free to go home.

Of course, overturning the case and exonerating McGuffin didn’t happen overnight. Puracal told The World that it was five years in the making and when she first heard his case, she decided to take it on before even learning about DNA evidence that failed to be presented during the 2011 trial, evidence that would later lead to his exoneration.

“After that, we started looking at the case through the Oregon Innocence Project,” she said. “I left that and started the Forensic Justice Project and took the case with me … At first, I was interested in the timeline. The timeline of how this crime supposedly happened didn’t make sense the way prosecution laid it out during trial.”

As Puracal described it, there were over 20 witnesses who said they had seen McGuffin around Coquille when “he was supposedly” killing his 15-year-old girlfriend, Leah Freeman.

“The timeline didn’t add up, so that raised red flags for me,” she said. “It wasn’t until two or three years into the case that we learned about the exculpatory DNA evidence.”

That evidence was unidentified male DNA on the shoes of 15-year-old Leah Freeman, who disappeared in June of 2000. At that time, the crime lab was not obligated to include in its report that there was unaccounted for male DNA on both shoes because it was such a small amount, according to Coos County District Attorney Paul Frasier in a previous interview. This meant that it was touch DNA, or not from blood, saliva or semen.

“It is consistent with someone who picked up and touched the shoes, DNA in sweat or skin cells that sluff off when you touch something,” Frasier said in an interview earlier this month. “That is what we are talking about ... They didn’t put it in their reports that there was unknown male DNA so I personally didn’t know about this.”

When Puracal found out about this DNA evidence, she remembered being floored.

“I couldn’t believe there was exculpatory DNA that hadn’t been reported,” she said.

Puracal pointed out that with this kind of case, everything is a hurdle because they were trying to unwind the conviction, which is why it took five years. But as far as she knows, McGuffin’s exoneration from unpresented DNA during the trial is the first of its kind in Oregon.

“The presumption of innocence is restored,” she said.

When asked if McGuffin will be compensated for having served most of his 10-year sentence, she wasn’t sure yet.

“Unfortunately in Oregon, we don’t have a compensation statute so it’s too early to know what will happen for him,” she said.

But for now, Puracal said McGuffin and his family are overwhelmed from the news last week.

What began as a post-conviction relief case has now led to Nick McGuffin’s official release from prison.