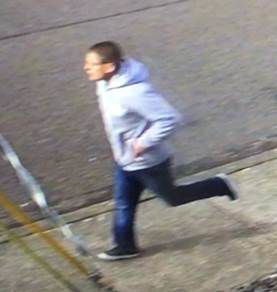 Brandon Bryce Dawson, 26, has been named the suspect in an attempted robbery in Coos Bay. 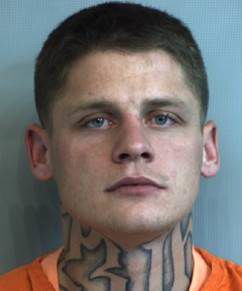 COOS BAY — The Coos Bay Police Department has identified a suspect in the attempted armed robbery of a gold dealer that took place in parking lot of Cranberry Sweets located in the Empire District last Thursday.

According to a press release by the Coos Bay Police Department, Brandon Bryce Dawson, 26, of Orland, Calif., has been named as the suspect.

The department said it has probable cause to arrest Dawson on multiple charges including attempted robbery I, unlawful use of a weapon, felon in possession of a firearm and menacing.

“Dawson is believed to be armed with a handgun and is extremely dangerous,” the press release said. “He may be trying to make it his way back to California.”

He is described to a white male with short brown hair, blue eyes and is about 178 pounds, 5 feet, 11 inches tall. According to the press release, he has several tattoos on his arms, legs, neck and head.

“The most notable is a neck tattoo,’2316,’ which may have been filled in or covered up,” said the press release.

Coos Bay Police is asking anyone with information on the whereabouts of his location or if you observe Dawson in the area to immediately contact your local law enforcement agency.