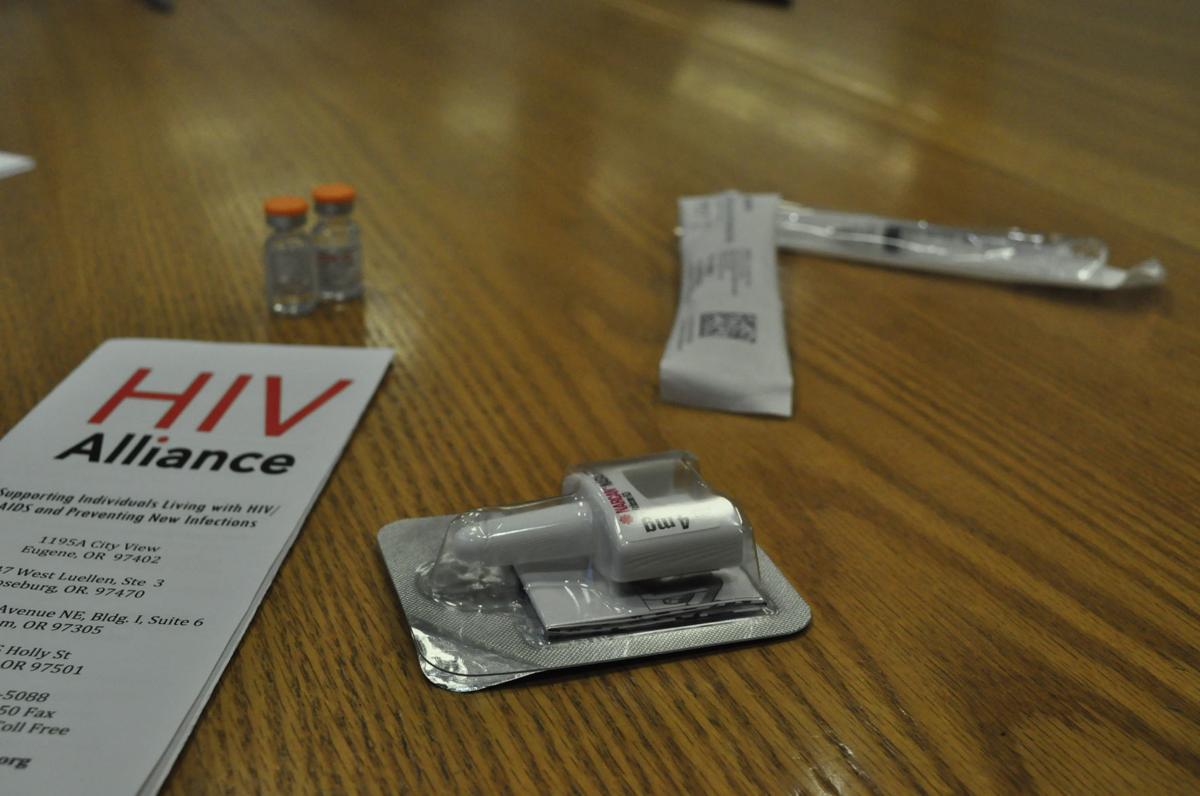 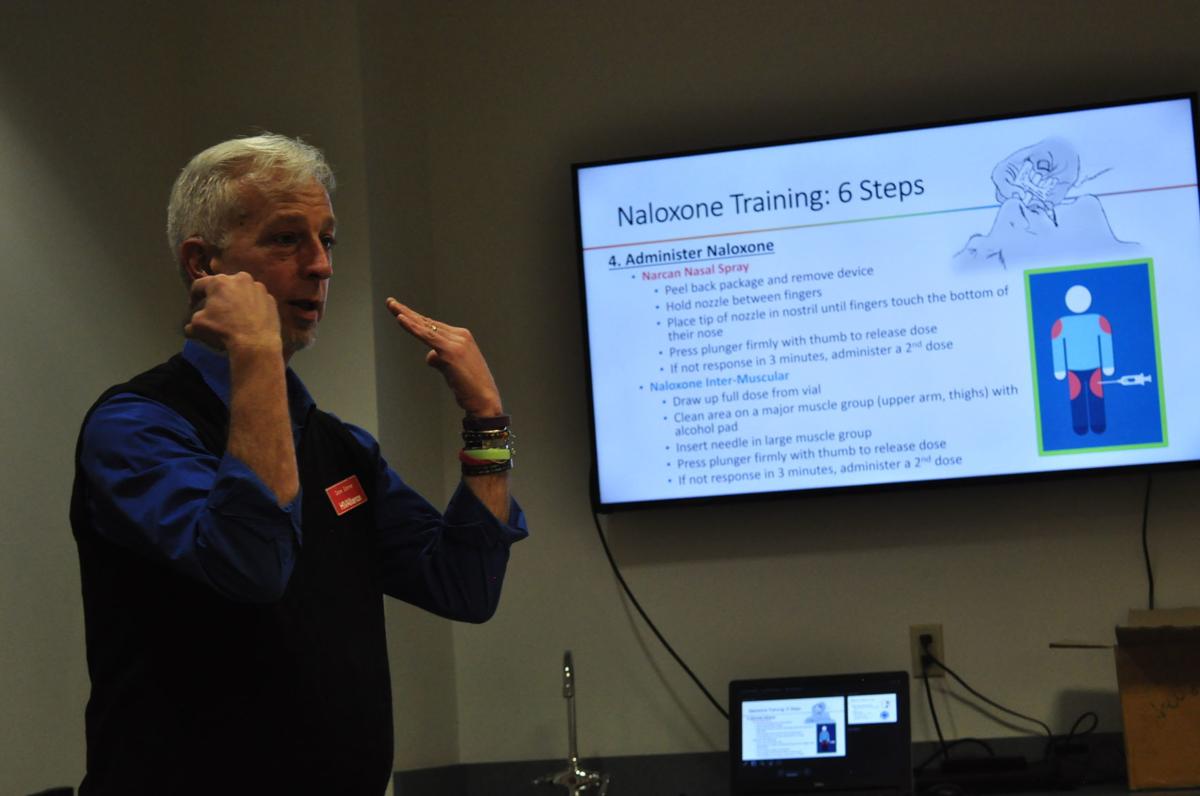 Dane Zahner with HIV Alliance trains folks at the Coos Bay Public Library how to save the life of a person suffering an opioid overdose using the opiod antagonist drug naloxone,

“A lot of people who come out to our trainings want to feel empowered, like they can help somebody," said Dane Zahner with HIV Alliance said. “Many of them have experienced overdose in their family. Or in the case of first responders like police officers, they’re typically the first on the scene, and it gives them the ability to save a life. Most of the passion is just wanting to do something for individuals who are overdosing.”

Naloxone, often called Narcan, is a drug that acts as an opioid antagonist. This means it can temporarily stop the opioid caused overdose. It’s important to note that naloxone has the potential to counteract any opioid including fentanyl, heroin, and prescription opioids.

All of the 127 people trained received a nasal spray dose of naloxone to use should they come across someone overdosing. Naloxone can be administered both a nasal spray and as well as a syringe injection.

“We’ve saved about 500 since we’ve implemented this program, and that’s just the data we can get back,” Zahner said.

Part of the training is teaching folks in attendance a six step process when approaching a person suffering an overdose, which of course includes administering naloxone. The steps include checking for a response, calling emergency services, start rescue breathing and administer naloxone. The final two steps are to continue rescue breaths and if necessary administer more naloxone, and wait for emergency responders.

According to Zahner, one common misconception that people have about naloxone is that those coming out of an overdose with naloxone can be violent. While very rarely folks will be violent, much more likely Zahner said they are simply confused.

In many opioid overdose scenarios, folks are hesitant to call for emergency response out of fear of being arrested because they have used or possess illicit substances. During the naloxone training, Oregon’s Good Samaritan law is stressed to impress upon people that they can call 911 if someone is overdosing without fear of being arrested.

“Oregon has changed the laws to be very good about saving a life. Especially in the injection drug world they’re are very hesitant about calling first responders, because that usually means the police and an ambulance. That’s the biggest concern is educating people to call 911, nobody’s going to get arrested,” Zahner said.

If someone is overdosing and an individual seeks medical help for that person neither person can be arrested for possessing drugs or drug paraphernalia, or being in a place where drugs are being used under Oregon’s Good Samaritan laws. Additionally, if someone seeks medical help for someone who is overdosing, parole violations and warrants related to drug possession and paraphernalia will also be overlooked.

One hope of Zahner’s is that these training sessions will also raise awareness of needle exchange programs.

“Coos County doesn’t do syringe exchanges, so we try to communicate the benefits that we see in other counties. We collect 87,000 more syringes than we give out on a year to year basis,” Zahner said.

HIV Alliance collects around 240 syringes a day in its drop boxes located in Eugene and Roseburg.

“Syringe exchange saves that equipment from being disposed of in the community, but it also prevents HIV and Hep C. Coos County had seven new infections last year, we had maybe one or two new infections that we screened over in Lane County,” Zahner said.