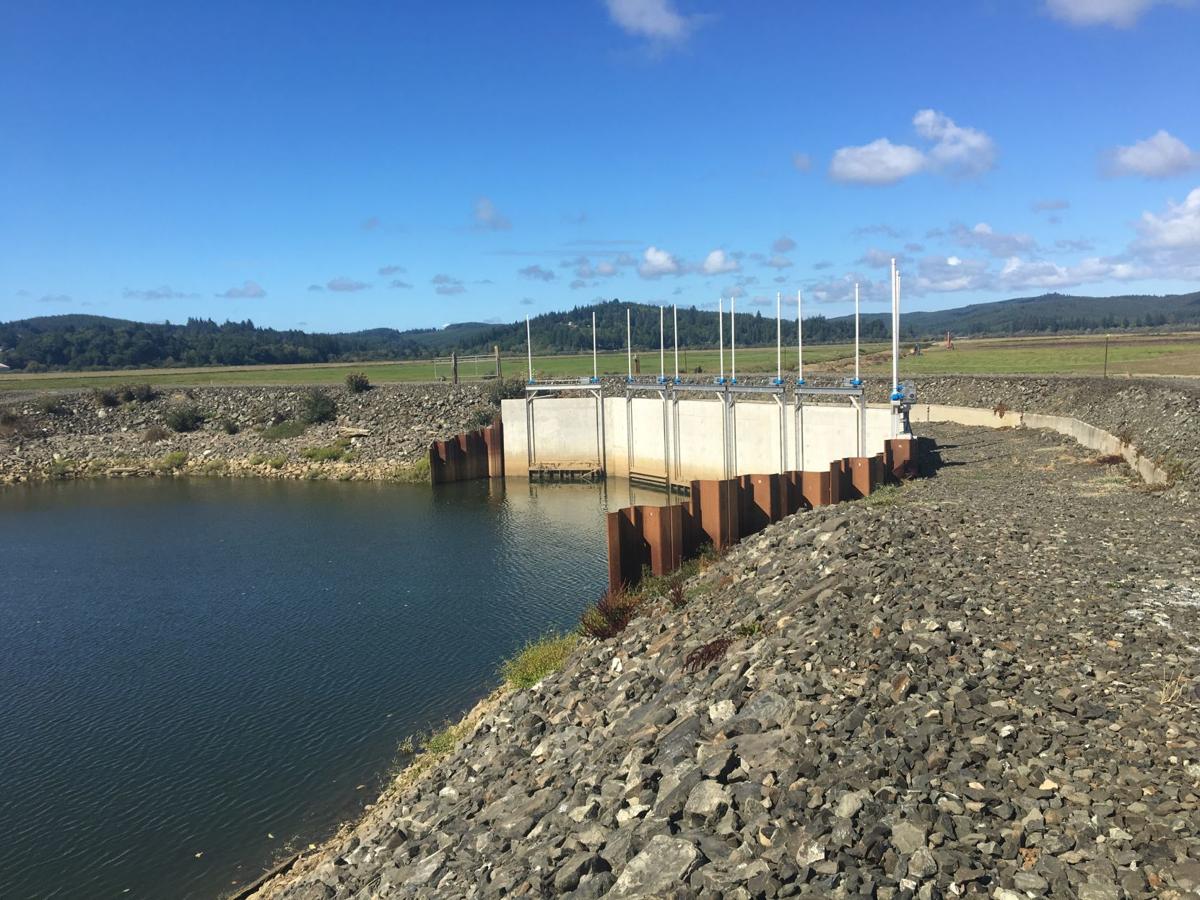 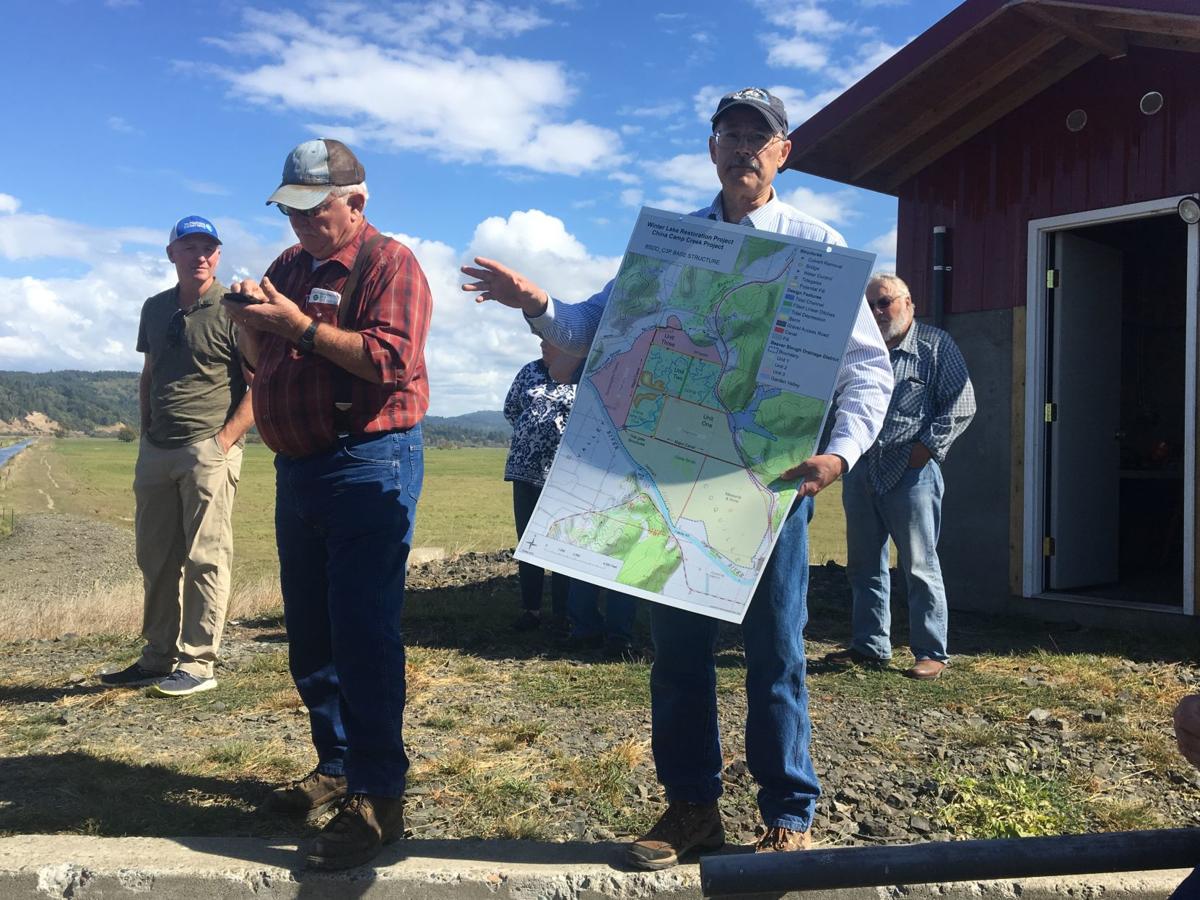 COQUILLE — Members of Coquille Working Landscapes hosted a presentation Thursday in Coquille to update community members on the status of its major natural resources restoration project.

As the construction window of the second unit is nearing its end, which is scheduled to be completed by Sept. 30, members of the project celebrated its progress.

The multi-phase, multi-agency project has worked on restoring over 400 acres of tidal wetlands, rebuilding a failing tide gate infrastructure and improving its drainage system to help manage water levels for surrounding landowners.

At the presentation, speakers went over the history of the project which has been in the making since 2009. The Beaver Slough Drainage District, China Camp Creek Gun Club, Oregon Department of Fish & Wildlife and The Nature Conservancy have all join a collaborative effort to complete both its China Camp Creek and Winter Lakes Restoration projects.

According to Fred Messerle, the Beaver Slough Drainage District manager, the previous tide gates were built in 1996 and after 15 years, were reaching the end of its life. As a result, the group replaced the gates, last year with an improved design. The vertical slide frame on the gates allows for its operators to control the amount of water released and specifically manage water levels to different channels. Messerle said the system is computer operated and can be accessed remotely.

“We can manage water levels to meet the objectives of our landowners,” said Messerle. “We can maximize grazing potential for our (agricultural) landowners as well as the hunting and recreation aspects and the habitat value.”

The drainage district will be responsible for operating the system and will upload data from the tide gates such as elevation levels through an online portal, which is expected to go live this fall. With the rebuild completed, the project entered its second phase earlier this summer and began its Winter Lakes Restoration plans.

At the presentation, The Nature Conservancy’s Water Program Manager, Jason Nuckols, spoke about the projects restoration plans to restore wetlands and provide winter access to Coho salmon as well as other species to seek refuge. The wildlife area, which added eight miles of channel, will improved water quality and create increased pathways to the Coquille River.

“Being led by The Coquille Watershed Association we are about to enter two years of planting,” said Nuckols. “We are going to be putting over 100,000 native trees and shrubs on the ODFW property out there.”

The project has worked with numerous partners and landowners in promoting the interest of the area’s agricultural sector, recreational uses and conservation efforts. Umpqua Watershed manager Tim Walters wrapped up the presentation by handing out plaques to supporters of the project to groups including the Oregon Watershed Enhancement Board, Wild Rivers Coast Alliance and the U.S. Fish and Wildlife Services as well as a few more.

A special recognition was given to the Coquille Tribe, who provided the project with a range of services which included archeological work to ensure construction didn’t impact any historical sites as well as supplied the group with highly-advanced surveying tool to conduct its mapping of the site. Community members were also given the opportunity to tour the facility quickly following the presentation.

Cruz the Coos takes to the streets of Coos Bay

COOS BAY — Many classic cars could be seen cruising through town all of last week in preparation for Satuday's Cruz the Coos, where around 300…