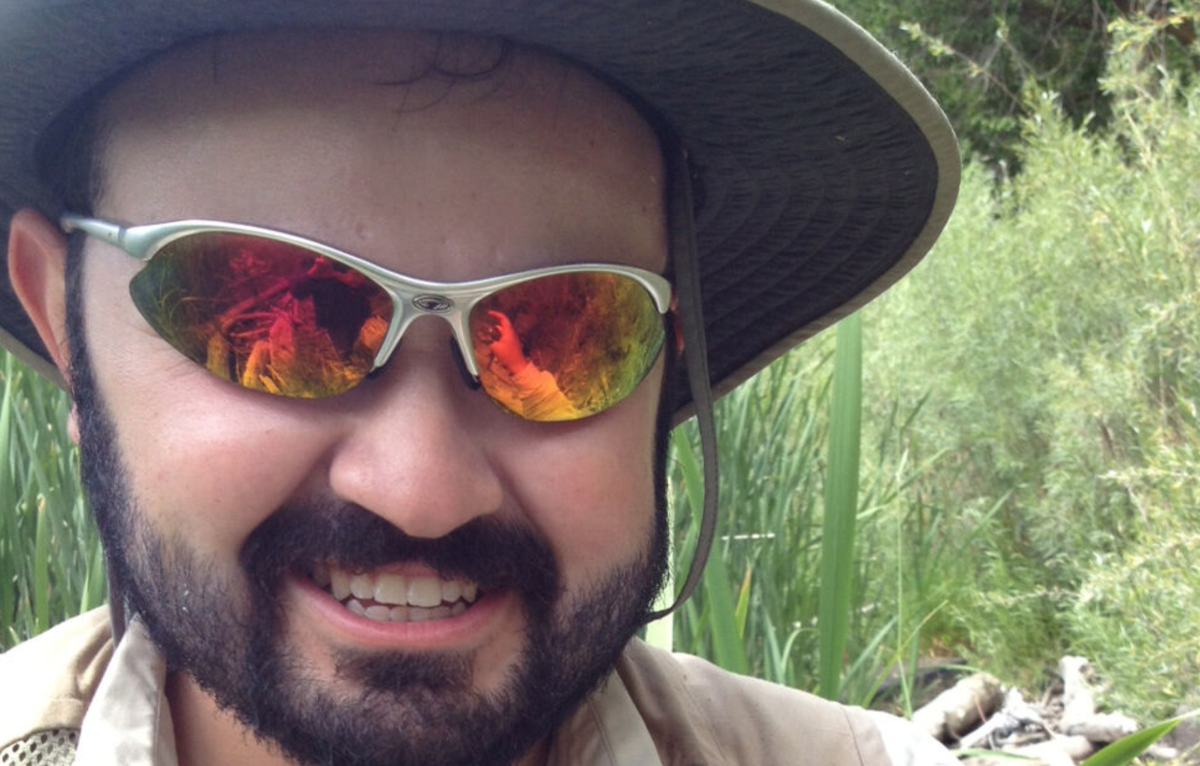 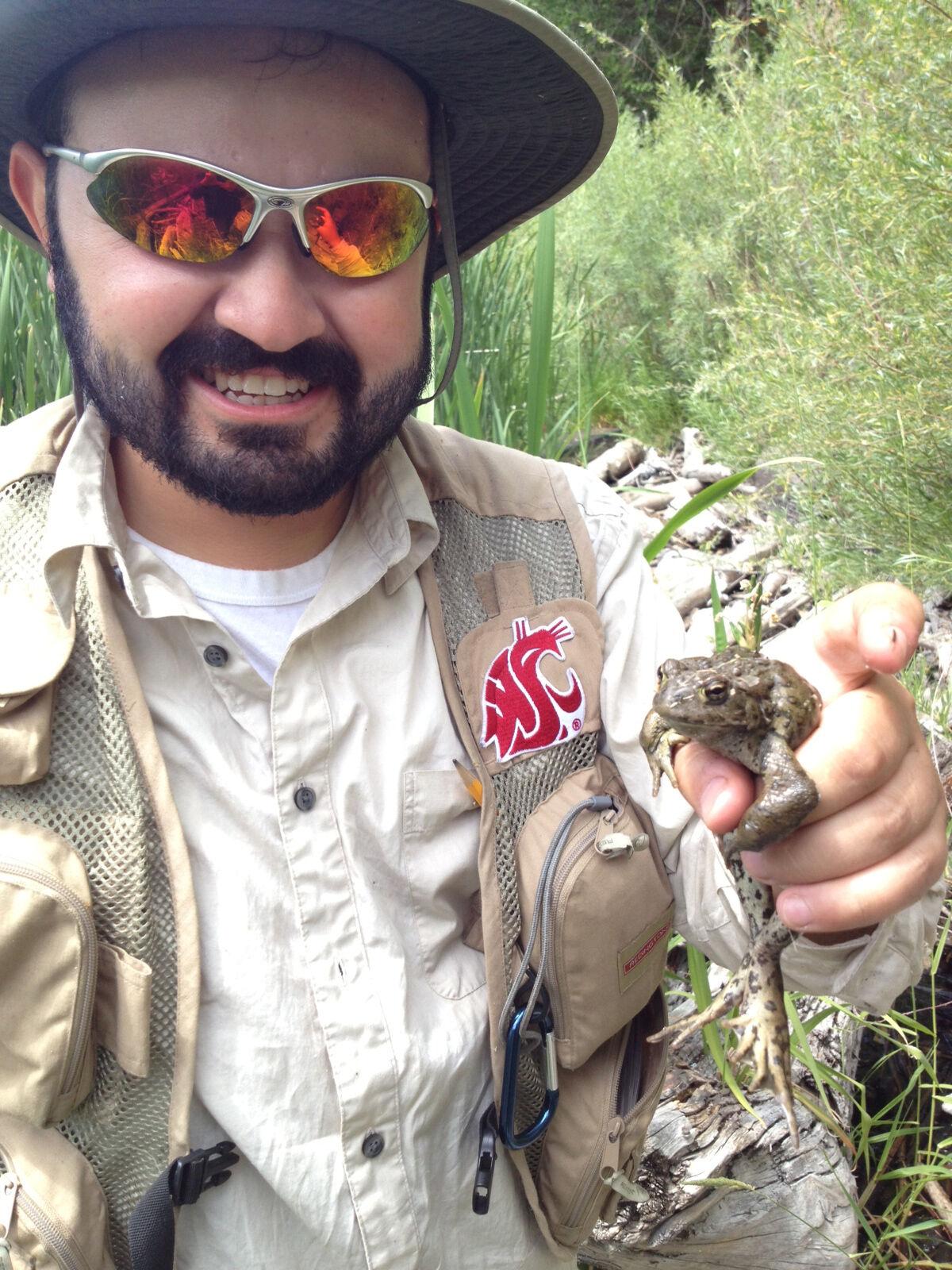 He remembered that 35 years ago, his father crossed that very border as an economic refugee.

“…I remember thinking ‘my father crossed this border and now he has a son working for the U.S. government for something as strange as a population study on lizards,’” Gómez mused. “It’s the American dream, isn’t it?”

That was in 2004. Now Gómez is receiving his doctorate in natural resource sciences from Washington State University and has accepted a teaching faculty job at the University of Montana in the wildlife program.

“It’s hard to imagine that I’m where I am without having the experience growing up in Coquille,” he said, crediting his father who brought the family to the rural ranch town. “I worked in the fish hatchery, was welcomed by the Coquille community. Even though I don’t make it back as often as I’d like, that community is still important to me.”

The 2001 Coquille High School graduate said both of his parents immigrated from Mexico, but he and his three brothers were born in California.

“My dad did agricultural farm work in the ’70s and liked southern Oregon so much he bought an eight-acre ranch in Coquille,” Gómez said, to which his father moved the family in 1994. “It was a big culture shock because we came from a predominantly Latino community in Los Angeles.”

But for Gómez, who started out in the Coquille School District at age 11, he was amused that students always thought he came from one of the two elementary schools in town.

He said he missed his culture, but got involved in clubs and wrestling and began working at Safeway, “all the typical stuff.”

The only part of his life that he tried to hide was his learning disability.

“I was functionally illiterate when I moved to Coquille,” he said.

When he started school in Coquille, he knew he had trouble reading and writing but it wasn’t until he passed his Ph.D comprehensive exams that he decided to put a name to the disability.

“I was diagnosed with dysgraphia,” he said. “…It’s hard to put my thoughts onto paper. Even to this day, I have to have the computer read (what I write) back to me to make sure I have no major typos. I still struggle with it, it takes me longer to do things, but I found a way to do it.”

He said teachers at Coquille helped him find workarounds to the disability early on, though he didn’t find his now tried-and-true coping methods until college.

As for his time in Coquille, in addition to feeling welcomed, Gómez found his passion. He said that “one of the cool things” was an employee from Oregon Department of Fish and Wildlife who visited the school’s fish hatchery where students learned about wildlife conservancy.

Coquille School District Superintendent Tim Sweeney said the program has been ongoing since the 1980s, where 20,000 fish are provided through the Oregon Department of Fish and Wildlife for students to nurture and then later release.

“I’d always been interested in biology,” Gómez said. “One of my high school teachers showed me … that (biology) was a field I could pursue.”

That teacher was Norm Devereux, who Gómez said was one of his “biggest champions” at the school.

Gómez kept the biology field in mind when he started college, but initially found that he was working too much, and it had a negative impact on his grades. To change this, he quit his job at Safeway to become a janitor with better hours and no weekend work.

“I started thriving after that,” he said.

In fact, it was the freedom that job allowed which led him to study lizard populations in 2001.

“I hope that sharing my story … (lets) students who are struggling know they can find their way, for those who may have learning disabilities (to) be encouraged,” Gómez said. “…Determination can get you pretty far.”

When asked how his father, Efrain Gómez, felt about his recent accomplishments, Gómez said his father only saw him finish his bachelor program.

“My father passed away,” he said. “He didn’t understand why I would go into the conservation field since it doesn’t make much money, but he appreciated my passion for the field and supported it even though he didn’t understand it.”

For Gómez, the time spent with his father at the Coquille ranch prepared him for his career. Skills he learned from him are still used when he builds equipment or works on a vehicle when he gets stuck in the desert.

“I enjoy employing what he taught me,” Gómez said. “I work on my car, do basic carpentry work, build a fence. I use those skills as a biologist.”

Gómez thanks the Coquille community for its support when he was young, stating that he appreciates both the teachers and community members who not only supported him but also his family.

“Success lies in a forward direction,” Gómez said, citing the sum of his lessons and what he now passes on to his students. “Just keep moving forward.”