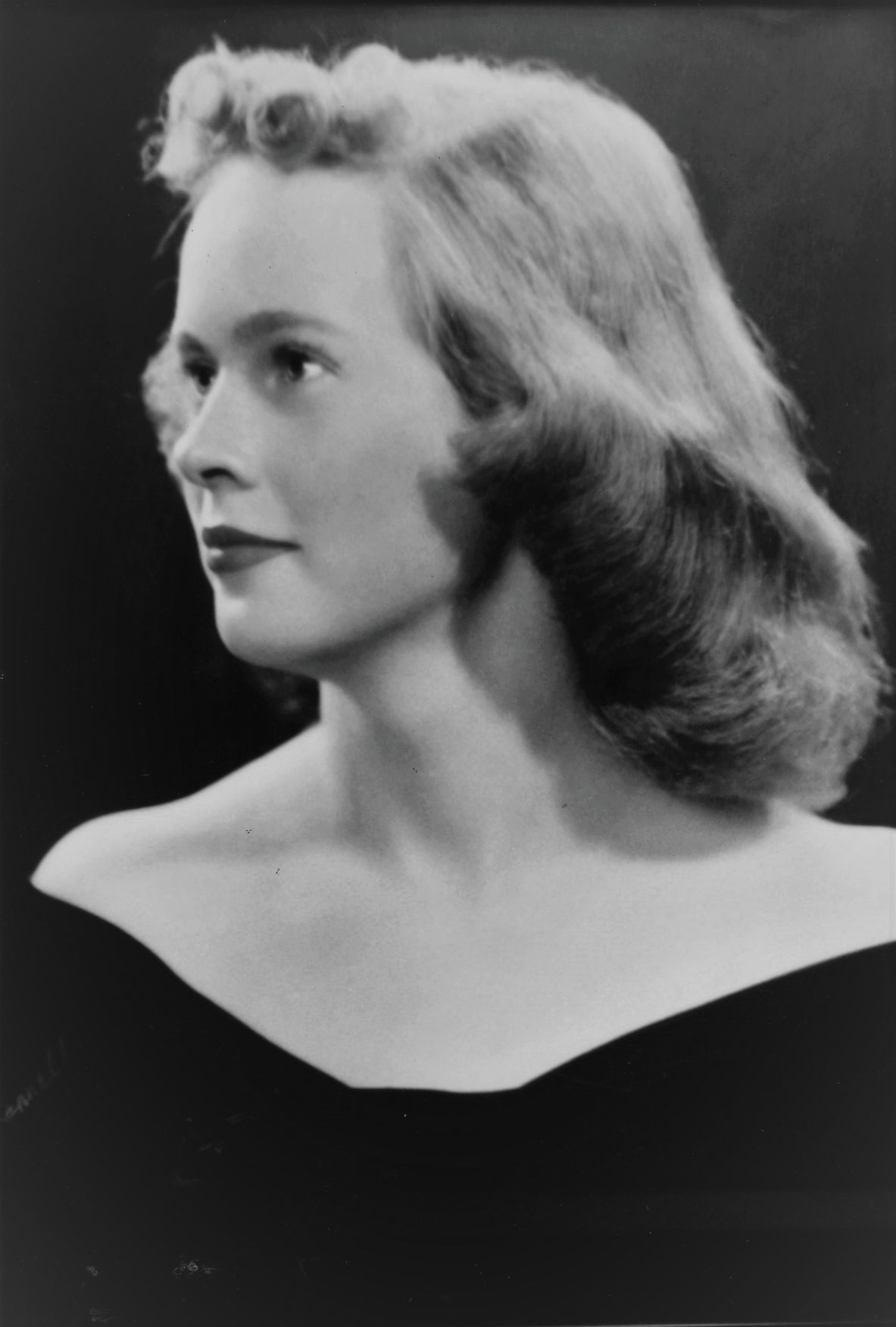 A celebration of Marlene’s life will be held at 2:00 p.m. on Saturday, Feb. 22, 2020, at the Harbor Baptist Church, Seventh and Broadway (P.O. Box 1316,) Winchester Bay, Oregon 97467. In lieu of flowers, the family suggests making donations to the Alzheimer’s Association: alz.org.

Marlene Fay was born on Feb 6, 1933 in Silverton, Ore., the daughter of Louis and Faye Verbeck. Her older brother, Louis Jr. and later a younger brother, Richard rounded out the family.  The young family relocated to Mill City in the 1930s where Marlene spent most of her childhood.

Then in Oct. of 1950, Marlene wed her high school sweetheart, Kirk Wirick. The two newlyweds moved to Southern Calif., where they began their married life and where their first two children, Susan and David, were born. Within a few years, they returned to Ore., and three more children, Joyce, Stephen and Ruth, joined the growing family.

Marlene was a true home maker who loved, nurtured and cared for her family. As the children grew older, she also worked outside of the home as a school media assistant and as a secretary. The family relocated several times throughout the years because of Kirk’s work as an Oregon State Policeman. They lived in Roseburg, Newport, Reedsport, and in the latter years of Kirk’s career, in La Grande. The family was very active in church wherever they moved, and Marlene enjoyed singing in the choir. Then in 1988, just two years into Kirk’s retirement, he suddenly passed away in Reedsport where they had recently moved.

Once again, Marlene returned to the workforce as a secretary, this time at the International Paper Mill in Gardener. It was there, just a few years later, that Marlene met the second love of her life, James (Jim) Gorman. She and Jim were married in September of 1992 and made their home in Coos Bay.

Marlene loved to go for walks, garden, read, travel and camp. She and Jim spent many happy years exploring different areas of the country in their motor home, and at one point, took a memorable cruise through the Panama Canal. One of Marlene’s favorite treats was the time she could spend with her children, grandchildren or holding one of her many great-grand-babies.

On Feb. 5, 2020, one day short of her 87th birthday, Marlene passed to be with her Lord Jesus. She is much loved and will be much missed! Those in her immediate family who have predeceased her are her parents, Louis Sr. and Faye Verbeck; her brothers, Louis Jr. and Richard Verbeck; her first husband, Kirk Wirick; her son, Stephen Wirick; and her step-daughter, Cassie Palmer. She is survived by her husband, James Gorman; children, Susan (husband, Brian) Polzel, David (wife, Lila) Wirick, Joyce (husband, Samuel) Plagmann, Ruth (husband, Robert) Mann; step-daughter, Suzie Gorman; daughter-in-law, Dee Davis; 16 grandchildren and 42 great-grandchildren.

His life will be celebrated in a reception style event from 2-4 p.m. on Saturday, Feb. 15, 2020 at the Oregon Institute of Marine Biology Boat house in Charleston Oregon. In lieu of flowers, family requests donations be made to the scholarship fund at NBHS being set up in his name. Contact the North Bend High School with donations and or questions.

Noah William Langmead, 19, of North Bend, passed away unexpectedly on Jan. 26, 2020. Noah graduated from North Bend High School in 2018 and later joined the United States Air Force Reserve and planned on using his GI Bill to become a trauma nurse. He graduated boot camp in September 2019 and was honored with the MSgt John Chapman Award which recognizes exceptional character traits, specifically courage. He completed his technical training in Wichita Falls, Texas in January where he received the Knuckler Buster award for his strong work ethics and commitment to excellence.

Noah loved life and lived it at full speed, never looking back. He had a ferocious curiosity of everything in this world and beyond. He brought joy to all things he did, and all those lucky enough to know him. Noah did and accomplished many things in his all to short life. But most importantly Noah loved, and was loved.

Noah is survived by his parents, Sidney Bayne of North Bend and Garette and Teresa Langmead of Maricopa Ariz.; triplet siblings, Cole and Preston Langmead of North Bend; siblings, Jordyn, Cody, and Samantha of Maricopa; grandparents, Barbara and Andy Adams of Coos Bay, and Jeri and Jackson Raymo of Surprise, Ariz. Noah is also survived by numerous aunts, uncles, and cousins.

A celebration of the life of Port Orford resident Thomas S. Keeler Sr will be held at a later date.

He moved from Lebanon to Port Orford/Langlois area where he grew up and raised his family.

He was married to Carol M. Denn on March 29, 1969.  They raised their family while he worked in local mills, the Port Orford dock, as a commercial fisherman, and many more. Tom also, along with his wife Carol provided foster care for many children  for 18 years and was a volunteer driver for the state of Ore.

His love outside of his wife, his family and his dog ItBit, was the outdoors, hunting and camping.

He is survived by his children, Lyle B Keeler, Thomas S Keeler II, William R Keeler, Stacia J White, Samantha J Retallick, Daniel F Keeler and Cassandra M Keeler; grandchildren; great-grandchildren; and his siblings. He was preceded in death by the love of his life, Carol M Keeler; and his granddaughter, Ashley M White.

Friends may offer condolences online at westrumfuneralservice.com Arrangements are under the direction of Amling Schroeder Funeral Service, Bandon.

Robert “Bob” Wood -88, of North Bend, A celebration of life will be held at 2:00 p.m., Saturday, Feb. 15 at Gloria Dei Lutheran Church, 1290 Thompson Road in Coos Bay with a reception to follow. All are welcome. Arrangements are under the care of Coos Bay Chapel, 541-267-3131 www.coosbayareafunerals.com.

Clarence "Dan" Almich - 86, of Bandon, died Feb. 9, 2020 in Bandon. Arrangements are under the direction of Amling Schroeder Funeral Service, Bandon. 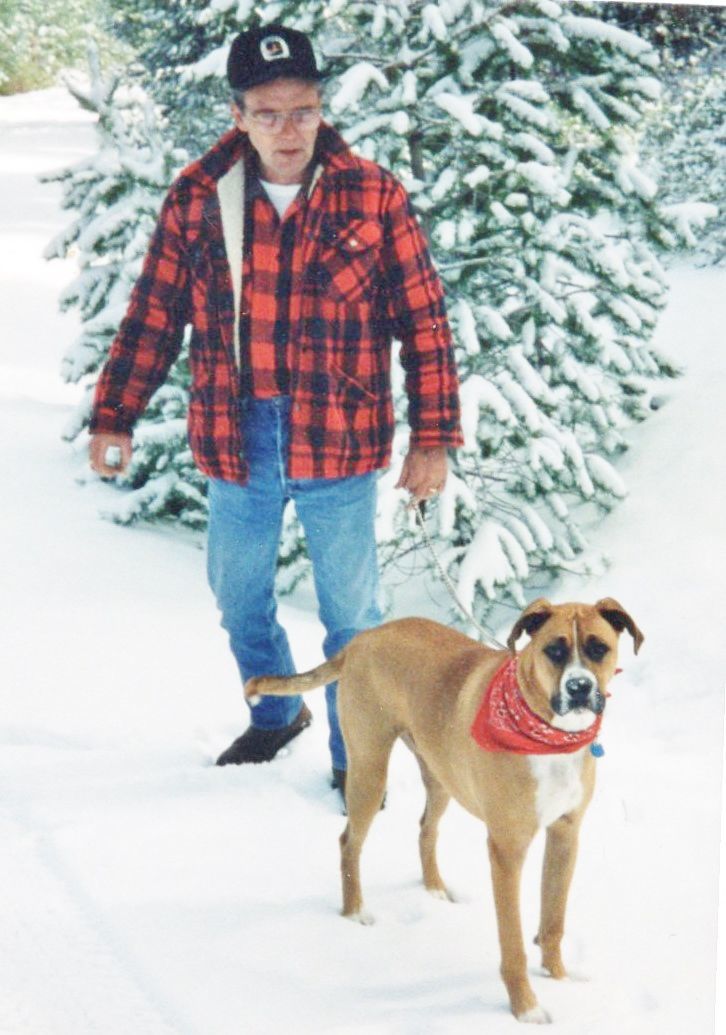 At his request, no public services will be held for Robert Wayne Melton, 73, of North Bend.

Robert was born May 6, 1946 in Star City, Arkansas to Harvey and Myrtle (Blassengame) Melton. He passed away February 5, 2020 in North Bend.

Robert left school as a sophomore so he could start pursuing a career in the lumber industry. He and Aleen met and married quickly. They were together for 57 years and had two children, Rick Melton and Shelly Atkinson. He was fortunate to be able to move forward in his career and create stability for his family. In addition to spending quality time with them, Robert also enjoyed hunting and camping.

He was preceded in death by his grandson, Nicholas Atkinson.

Arrangements are under the care of Coos Bay Chapel, 541-267-3131. Friends and family are encouraged to sign the online guestbook at www.coosbayareafunerals.com 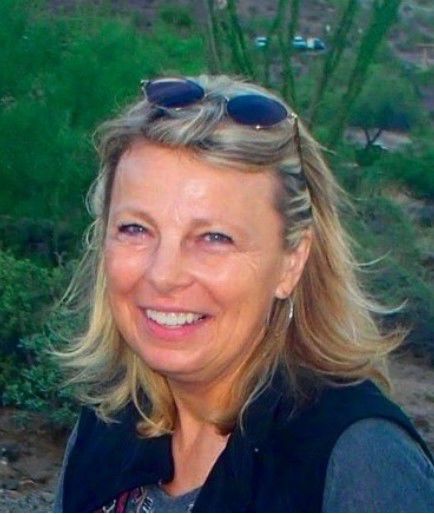 Melodi met her husband Robert when she was 16. Both having been born and raised in Coos County, after marrying, they started their lives together in North Bend where they raised three children before moving to their dream home on the West Fork of the Millicoma River in Allegany. They were happily married for 42 years.

Though she was retired, Melodi was an Instructional Assistant for the developmentally disabled and severely handicapped for nearly two decades. She loved each and every one of the kids she taught throughout her years as an I.A. and had truly found her calling in the classroom helping those facing physical and developmental challenges.

Family was everything to Melodi. In retirement she loved spending time with her daughter Chrystal and her grandkids Ashton and Shayden, who brought so much joy into her life. She enjoyed yearly trips to Arizona to see her two sons Travis and Brandon, as well as those to Arkansas and Georgia to visit her extended family. Melodi’s friends were her family as well. She forged many lifelong friendships with people she cherished dearly.

When she wasn’t spending time with her family or friends, Melodi loved traveling the coast and spending time at the beach with her husband Rob. They would spend hours agate hunting together in loving competition combing through the sea of rocks at Stonefield Beach.

Melodi was a person of incredible faith. She loved her savior Jesus Christ and knew that He walked with her throughout every step on her journey in this life. She was a wonderful, selfless, unbelievably caring, and amazing person who will be missed beyond words.

She was preceded in death by her parents, Manuel and Martha Redwine; her Stepmother Bernardine Konlker-Redwine; her sister LaQuinta; and her brother Stephen.

She is survived by her husband, Robert; her daughter, Chrystal Cook; her sons, Travis and Brandon; her nephew, Todd; her grandchildren, Shayden and Ashton; her nephew, Stephen; her nephew, Nathan; and many people in her extended family including nieces, nephews, cousins, aunts, and uncles whom she loved very much.

Arrangements are under the direction of Nelson's Bay Area Mortuary, 405 Elrod Ave., Coos Bay, Oregon, 541-267-4216. Messages for the family can be sent to nelsonsbam@msn.com.

Nicolette L. Cortez - 53, of Coos Bay died February 6, 2020 in Coos Bay. Services will be announced and held in March. Arrangements are under the direction of Coos Bay Chapel 685 Anderson Ave. 541-267-3131. www.coosbayareafunerals.com