Joshua James Neumann - 31, of Coquille, A memorial service will be held at noon, Saturday, Jan. 11, at the Coquille Community Center, 115 N. Birch Street in Coquille. Arrangements are under the care of Coos Bay Chapel, 541-267-3131 www.coosbayareafunerals.com. 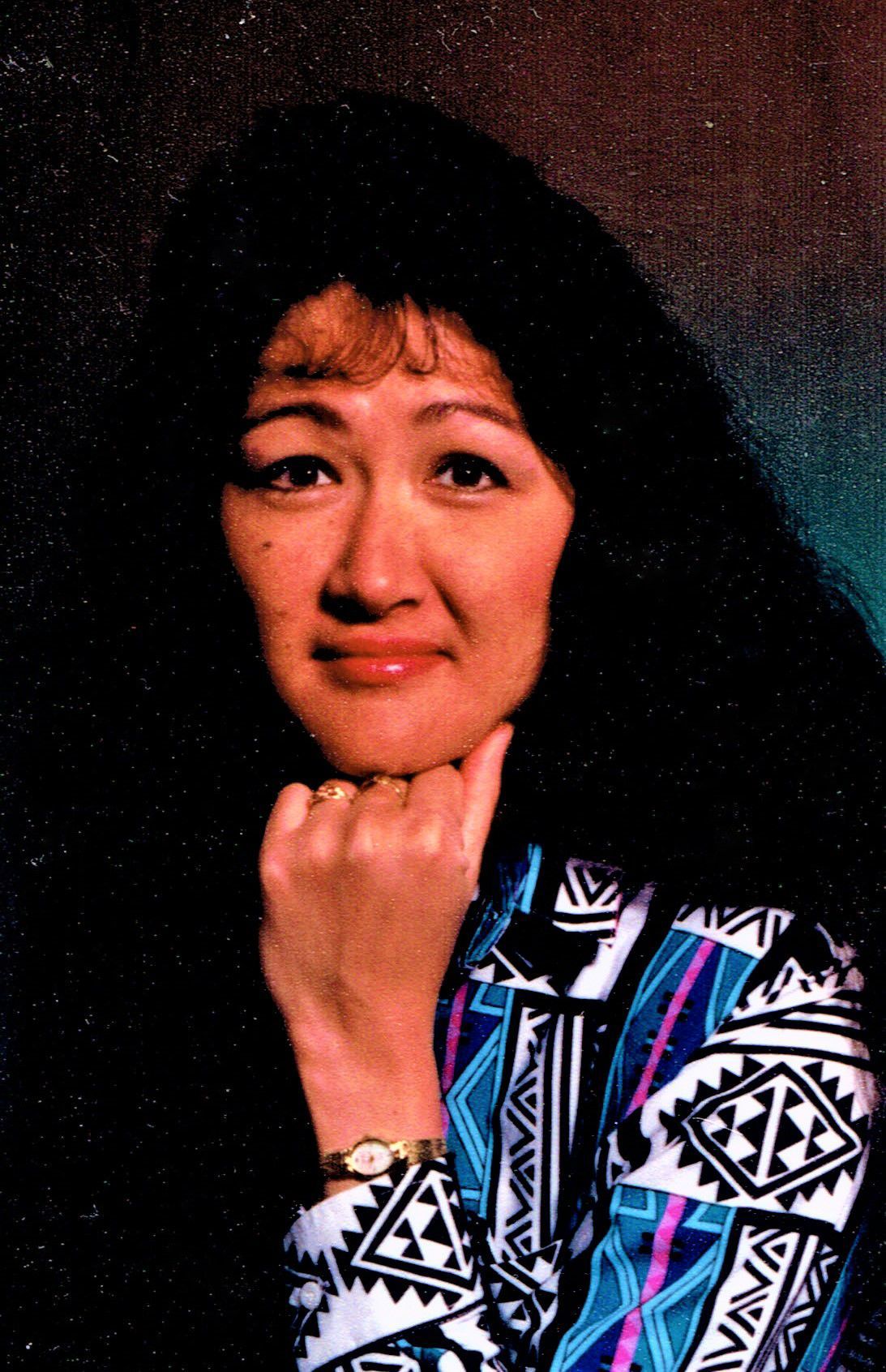 A Celebration of life gathering of family and friends will be held for Ramona Matthews, 58, of North Bend, from 5-8 p.m. on Friday, Jan. 10 at the North Bend Chapel, 2014 McPherson ave, North Bend, with an open mic for sharing stories and a special video presentation beginning at 6 p.m. Private cremation rites were held at Ocean View Memory Gardens in Coos Bay.

Ramona graduated from Bradley Central High School in Cleveland, Tennessee, Class of 1979. She enlisted in the US Navy in 1980 and was honorably discharged in 1982. She lived most of her adult life on the Pacific Coast of California and Oregon. She was previously employed for 15 years at the Confederated Tribes of Coos, Lower Umpqua and Siuslaw. She was currently working for ADAPT in North Bend.

Ramona had taken continuing education classes at SWOCC in Coos Bay. She was actively involved with local community events and assisted with Jazz and Arts festivals. She enjoyed cooking traditional Japanese cuisine and loved collecting anything frog-related. 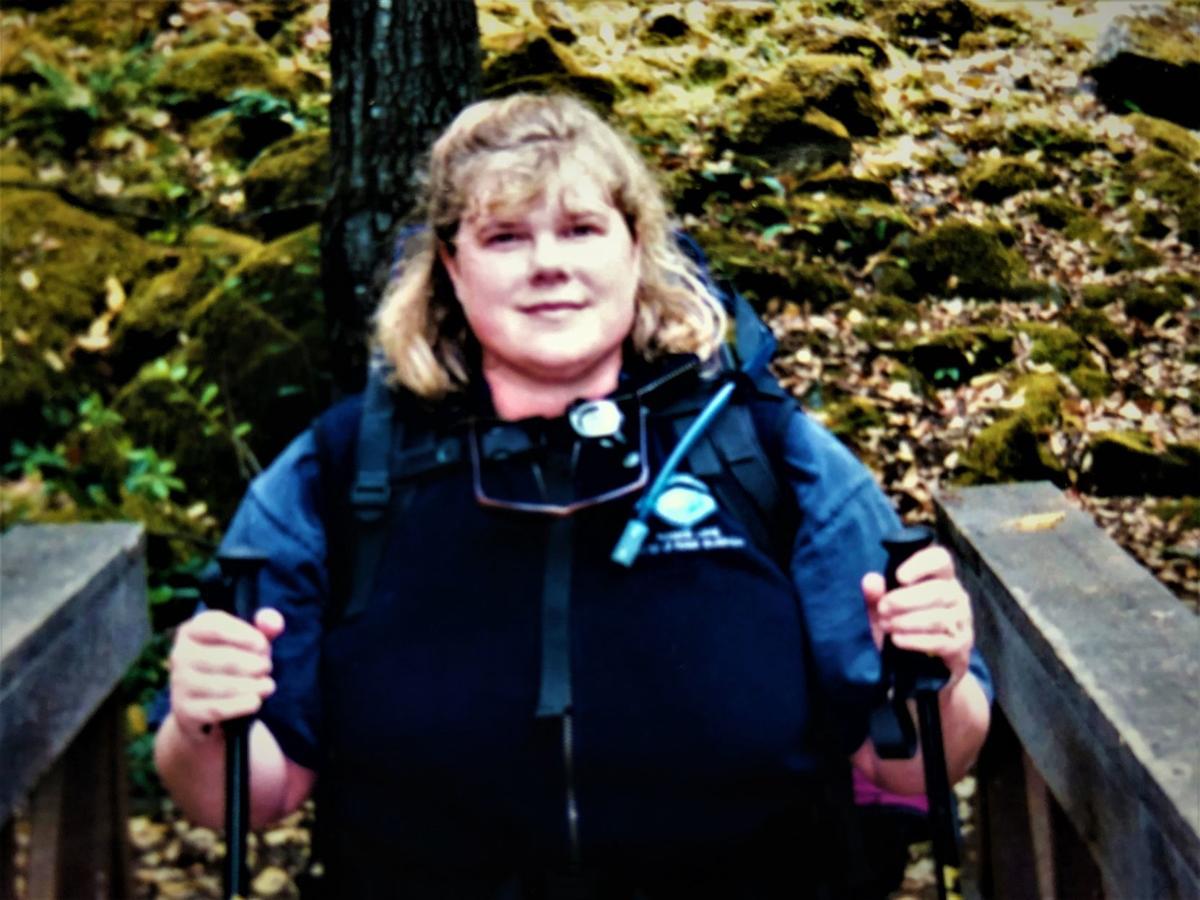 A memorial service will be held for Cammy Jo Holbrook, 50, of Medford at 2:00 p.m. Saturday, Jan. 18, 2020, at the Coquille Christian Community Church with Pastor Bruce Russell officiating.

Cammy attended schools in Coquille, graduating from Coquille High School in 1987, where she was a track and cross country runner and basketball player. In August 1997, Cammy married the love of her life, Robert James. Cammy had a passion for learning and growing intellectually.  She graduated from SOSC in 1991 and in 1993 with a BA and an MBA in Business, respectively.   At SOSC, she was a scholar athlete as part of the cross country and track teams. In 2007, Cammy graduated from Chemeketa Community College as a Registered Nurse, and shortly thereafter obtained her Masters of Nursing.  Additionally, she had been in the process of earning her Nurse Practitioner’s license prior to her passing.

In 1998, Cammy and Rob purchased their first home in Keizer, Ore., where they lived for 20 years and became active members of the community.  In 2018, they moved to Medford, Oregon, returning to the Rogue River Valley.

Aside from being a life-long learner in her formal educational pursuits, Cammy’s many hobbies also exemplified her practice of continual growth.  Her cooking and baking have been enjoyed by many.  She always sought out unique new recipes and hosted many family holidays and get-togethers with friends.  She was an avid quilter, seamstress, knitter, crocheter, scrapbooker and all-around crafter.  She always shared her talents with others and was eager to teach and mentor others.

Cammy is survived by her husband, Robert James of Medford; beloved canine companion, Daisy; father and step-mother, Joseph and Amy Holbrook of Coquille; sister and brother-in-law, Lori Canizares and Jose Gonzalez and nephew, Alex Cañizares of Milwaukie; mother and father-in-law, Bob and Genny James of Coos Bay; sisters-in-law  and brothers-in-law Pam and Calvin Conneley and Penny and Gator Fields of Coos Bay; step-grandmother, Virginia Marcum of Lakeside; uncles and aunts Richard and Judy Marcum of Colorado, Ron Holbrook of Myrtle Point, Bruce and Tangi Holbrook of King City, and Carole and Joe Henderson of South Carolina; cousins Erik and Chris Marcum of Colorado, Ronald George Holbrook of Alaska, Brian Holbrook of Eugene, and Anna and Daniel Moran of South Carolina; special friends, Sunny and Paul Spicer; and many other extended relatives and friends who meant a lot to her.

Cammy was preceded in death by her mother Linda Holbrook.

Joshua James Neumann - 31, of Coquille, passed away Dec. 28, 2019 in Coos Bay. A memorial service will be held at noon, Saturday, Jan. 11 at the Coquille Community Center, 115 N. Birch Street in Coquille. Arrangements are under the care of Coos Bay Chapel, 541-267-3131 www.coosbayareafunerals.com. 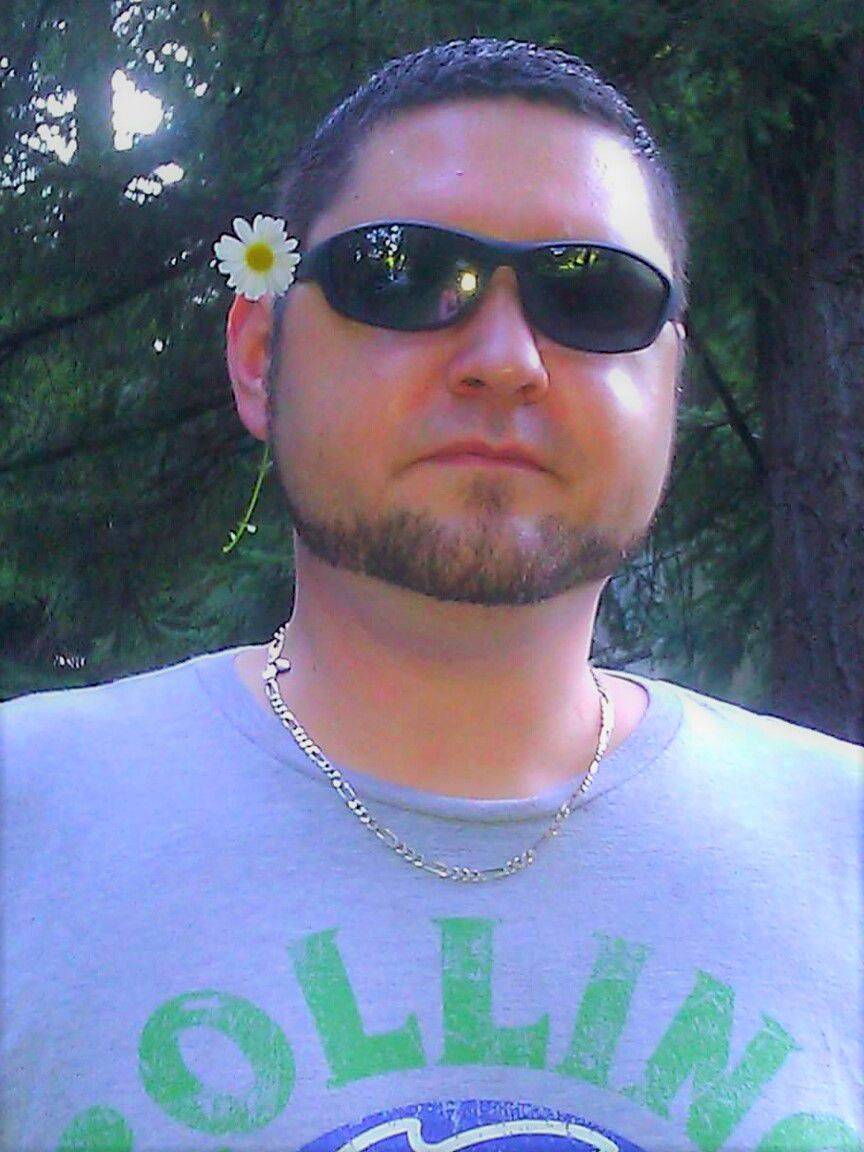 Jon Paul “JP” Peterson, passed away unexpectedly on Saturday, Nov. 16, 2019 in Vancouver, Wash. He was born Sept. 29, 1977 in Springfield, Oregon to Jon and Lynette Peterson.

JP’s vivacious personality, witty wordplay and observational humor treated all who knew him with laughter, and he was always a joy to spend time with. A good man, a good friend. It’s easy for family and friends to recall many humorous moments and surprises, and JP’s take that "normal is boring."

While JP grew up in Bandon, he spent most of his adult years in Beaverton, Oregon and Vancouver, Washington. JP worked for many years in grocery and culinary positions. His amazing cooking and special concoctions will be missed, but not as much as his wonderful bear hugs and personality — always eager to lend a hand or bring a much-needed laugh.

A memorial beach labyrinth will be drawn in his honor at Face Rock Beach, date to be determined.

There is a void that will not be filled. We love you JP.

Mary Ann was born to John Thomas and Olga Freda (Lange) Royer, joining her big brother Ervin. They were always close as brother and sister, singing at church together as little children. The family farmed until their house was destroyed in the bad winter of 1955-1956, after which they moved to a house in town. Mary Ann attended Myrtle Point schools and graduated in 1958 from MPHS. She was active in band playing clarinet, in 4H and sewing, and in Rainbow Girls. In 1958 she married Nelson McCullough and moved to Norfolk, Va. Her son, Charles, was born there in 1959, her daughter Teresa was born in MP in 1960, and her daughter Colleen was born in MP in 1962.

She started college in 1962 at SWOCC, studying secretarial science courses. Tom and Olga loved having the grandkids so close in their lives. They celebrated each holiday with lots of sweets, chips, and laughter! In 1964 she met the love of her life, Warren Hartshorn, and they were married Dec. 19, 1964 in Myrtle Point. They moved to Brookings where Warren worked for West Coast Telephone Company. A transfer to Forest Grove Ore., found them in the city. Bridget was born to Warren and Mary Ann in 1967. Erv and his family lived in McMinnville so the brother and sister had celebration times together. Her dad Tom died in 1966, and her mother Olga passed away in 1987. Warren and Mary Ann transferred to Gresham Ore., but were still close enough for family celebrations. Mary Ann began work at GTE telephone in 1976 and continued until she retired in 2004. The family lived in Oregon, Idaho and Washington. They ended up in Marysville Wash., in the 1990s after living in Puyallup, and spent their retirement years there, watching their grandchildren grow and come to Grandma and Grandpa’s for celebrations with lots of sweets, chips, and laughter.

Mary Ann is survived by her husband, Warren; her four children, Chuck and wife Renee, Teresa and husband Kevin Puterbaugh, Colleen and husband Greg Eik, Bridget and husband Jason Whittaker. She had 16 grandchildren, seven great grandchildren and numerous nieces and nephews, cousins, and so many friends. She was a super craftsperson; sewing, knitting, and crocheting tirelessly even in the hospital where she was being treated for lymphoma. She loved making things for her family, calling to check up on all of us and she will be dearly missed by all. Rest in Peace, dear one. Interment will be at Dora Cemetery at a date yet to be determined. 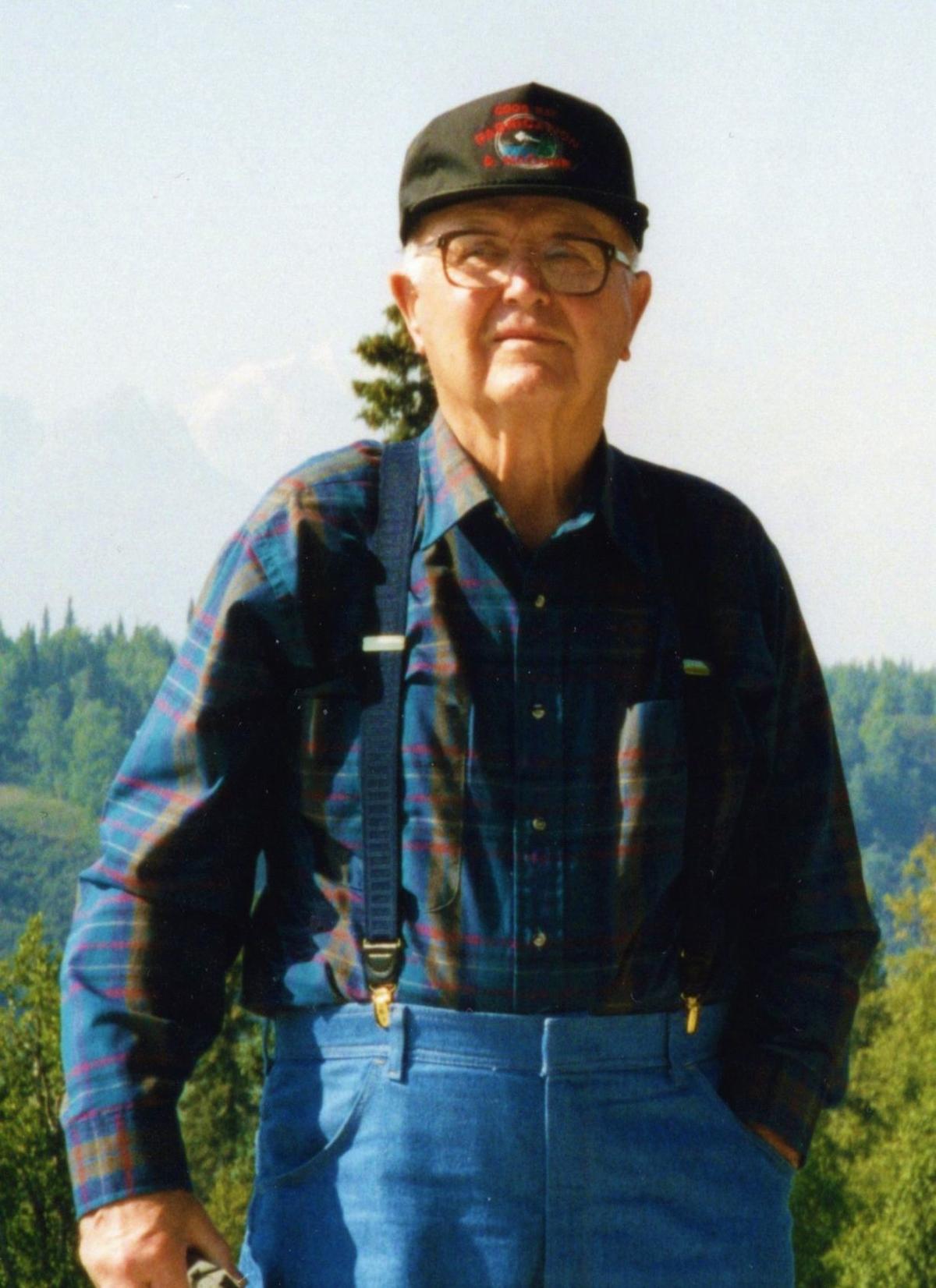 His early years were lived during the Great Depression. The family hunted, fished and visited the grandparents’ homesteads in Myrtle Point and Langlois to get produce they had grown. The trips took all day and when they went to Langlois involved taking the ferry at Bandon. The family was returning from one of the trips when Bandon was burning and described having flames on both sides of the road. They managed to make it through without injury.

In his 95 years, Archie lived through many changes and was a living historian to the many changes that occurred in Coos County. He shared many of these memories with his family and friends. He was an excellent storyteller just like his father. He graduated from Marshfield High school in 1942 and immediately entered the U.S. Army, serving in World War II in Europe. He said that he never expected to make it home and he never shared many stories about his experience in the war. We were all blessed by his return. He always put family and friends first.

Although he never married, he had many children. His nieces and nephews in addition to the neighborhood kids were blessed with his humor and patience. He took them on the weekly drives he would take on the backroads of Coos County picking berries or having impromptu picnic. He worked as a mechanic at Georgia Pacific, retiring when he was 70. He was quite inventive and able to repair anything. He and a coworker invented a chip sampling device the mill had patented. He started his love working on cars as a child standing on an orchard box so he could reach the engine. This love continued all his life and he worked on friends and family’s cars in his spare time. He also enjoyed speed. He put a Cadillac motor in his 1950 Ford pickup and talked about turning the speedometer over he was going so fast. He and a friend had a roadster they raced on the weekends at the Port Orford airport, which used to have weekly races. He was an avid hunter and looked forward to yearly trips with his family and friends. They would prepare for weeks and set up a camp, which was the best part of the trip.

Although he enjoyed hunting, he also enjoyed caring for any stray animals in the neighborhood. He fed the neighborhood cats and took them in when they were too old to be outside. The world lost a special man. He was always supportive and nurturing, willing to help anyone in need. He shared his humor and kind spirit with all who were blessed with his presence.

He is survived by his nephew, Gerald Pratt and wife, Kum Yon; nieces, Cindy Pratt, Susan Russworm, Betsy Newman and husband, Mike; as well as numerous great-nieces and great-nephews.

Archie was preceded in death by his parents and siblings.

Arrangements are under the care of Coos Bay Chapel, 541-267-3131. Friends and family are encouraged to sign the online guestbook at www.coosbayareafunerals.com. 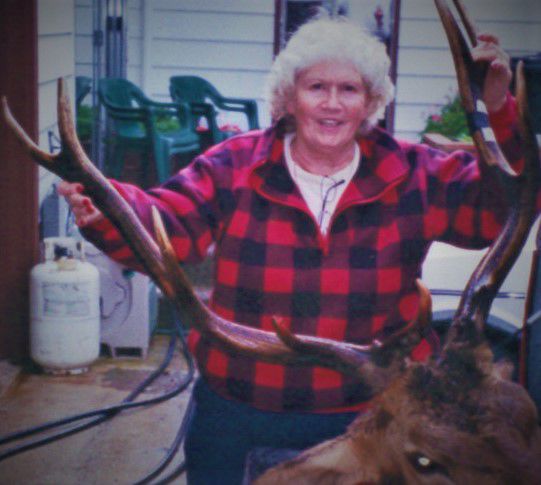 Cremation rites have been held for Donna Mae Liday, 77, of Coos Bay under the direction of Nelson's Bay Area Mortuary. A celebration of her life will be held later in the summer.

Donna was born Jan. 1, 1942 in Madera, Calif., the daughter of Raymond and Addie Belle (Spires) Berry. She passed away peacefully Dec. 20, 2019 at RiverBend Hospital in Springfield surrounded by her family after a yearlong battle with renal disease.

Donna lived in the Albany area for 47 years where she worked as a checker at Roth’s Supermarket for 17 years and then has made her home in Coos Bay for the last 30 years.

Donna stayed busy canning anything she could get into a jar, gardening, working in her flower beds, volunteering at the local food bank and the S.T.E.P. program.  She loved hunting, fishing and camping. Donna had also skippered a commercial fishing boat for 8 years.

She was preceded in death by her parents; and five brothers.