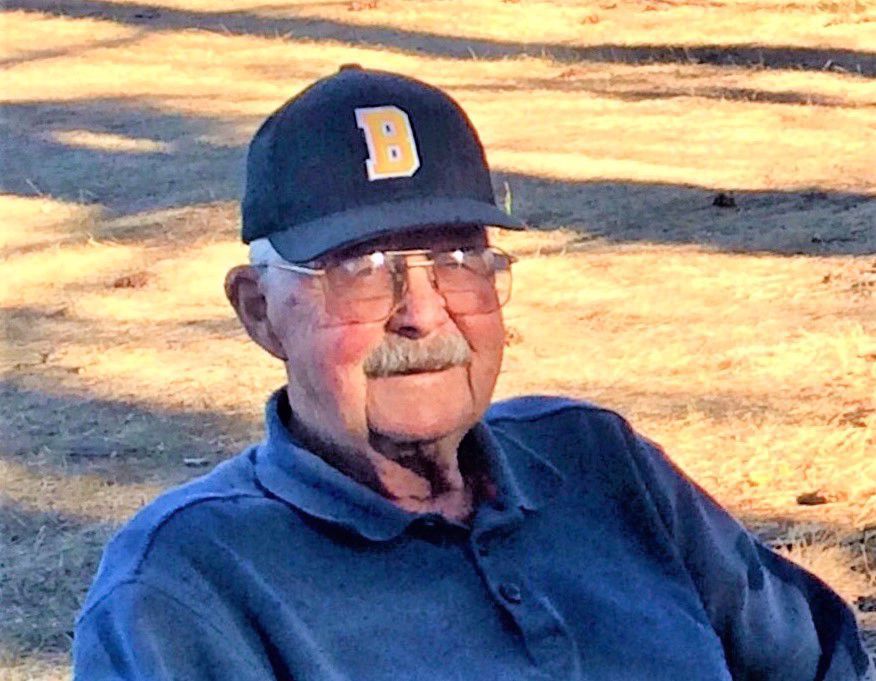 Don was born in Bandon on June 16, 1923 to Ernest and Leila (Perry) Goddard. He attended school in Bandon and, while in high school, he played all sports and in the band. Baseball was a particular love and he later played for the Bandon Millers.

Don served in the Army during WWII with the 45th Division with campaigns in Africa and the amphibious landing at Anzio. His unit was there to liberate the prison camp at Dachau, and that left a lasting impression. He was a lifelong member of the American Legion.

After returning home, he married Marjorie Osborne and they had two children, Nancy and Donny. Don and Marge owned Goddard Energy until he retired in 1986. Don served on the Bandon City Council and as mayor for a total of 24 years of community service. He was on the board of directors for Security Bank, now Umpqua Bank.

Some of his most enjoyable time was spent outfitting the commercial fishing vessel, the Sundad, with his son. Fishing was a lifelong passion, whether in the ocean, river, or Bradley Lake. Besides fishing, his hobbies included golf, woodworking, and traveling in his RV. He and Marge spent many winters in Mexico in the company of Ron and Gloria Haga. Spending time with the family was a huge part of Don’s life, which included the yearly hunting trip to Silver Lake.

In 2006, Marge lost her battle with cancer and that left a huge hole in his life. Without his best friend and partner, he found that he had to learn new things like becoming acquainted with the kitchen. He kept busy by doing projects for kids and grandkids. He acquired a new passion of going to garage sales.

Playing the card game “sevens” was a daily ritual at 5 p.m. He passed that love of cards on to his children and grandchildren. They all played with him this past Thanksgiving.

He is survived by his daughter and her husband, Nancy and Ray Murphy; son and his wife, Donny and Anne Goddard; and grandchildren, Wade and Lisa Lester, Jake and Sara Lester, Clare and Jacob Goddard-Keiner, Ellen Goddard, and Bess and Jess Goddard. His great-grandchildren are Zachary, Owen and Nathan Lester.

In lieu of flowers, donations can be made in Don’s name to Bandon Historical Museum or the Bandon VFW.

Friends may offer condolences online at westrumfuneralservice.com. Arrangements are under the direction of Amling Schroeder Funeral Service, Bandon.

Born Lillian Marie Waterman on June 6, 1927 to parents Elvin and Amanda Waterman. She was raised with her brothers Fred, Earl and Robert.  The siblings remained close throughout their lives.

Lillian married the love of her life, Howard Winkelman on Sept. 24, 1946 and remained so for 70 years until Howard’s death in 2017.  She leaves behind a daughter, Kathy (Huff), and a son, Tom.  Her son David preceded her in passing.  She also leaves behind 9 grandchildren and 12 great grandchildren.

Lillian spent many years working at Bridge Elementary School until her retirement and held many fond memories of her time there.  The most important things in life to her were family, friends and the community.

The family will have a private graveside service at the Waterman Cemetery.

Arrangements are under the direction of Amling/Schroeder Funeral Service – Myrtle Point Chapel, 541-572-2524.

Richard A. Guernsey - 76, of Winchester Bay passed away December 5, 2019 in North Bend. Arrangements are under the care of Coos Bay Chapel, 541-267-3131 www.coosbayareafunerals.com

Bill Horning - A Funeral Mass for will be held Saturday, Dec. 28, at 1 p.m. at St Monica Catholic Church 357 S. 6th St. Coos Bay with a celebration of life at 2 p.m. in the Parish Hall. Please join us for either or both.

John S. Hanson - 70, of Winchester Bay, passed away at home on Friday, Dec. 6, 2019. Arrangements under the direction of Dunes Memorial Chapel.

Richard Frank Foley - 75, of Lakeside passed away December 7, 2019 in Lakeside. Arrangements are under the care of Coos Bay Chapel, 541-267-3131 www.coosbayareafunerals.com.

Charlene I. Moore - 86, of Florence formerly of North Bend died Dec. 8, 2019 in Florence. Arrangements are under the direction of Myrtle Grove Funeral Service-Bay Area 541-269-2851. www.coosbayareafunerals.com. 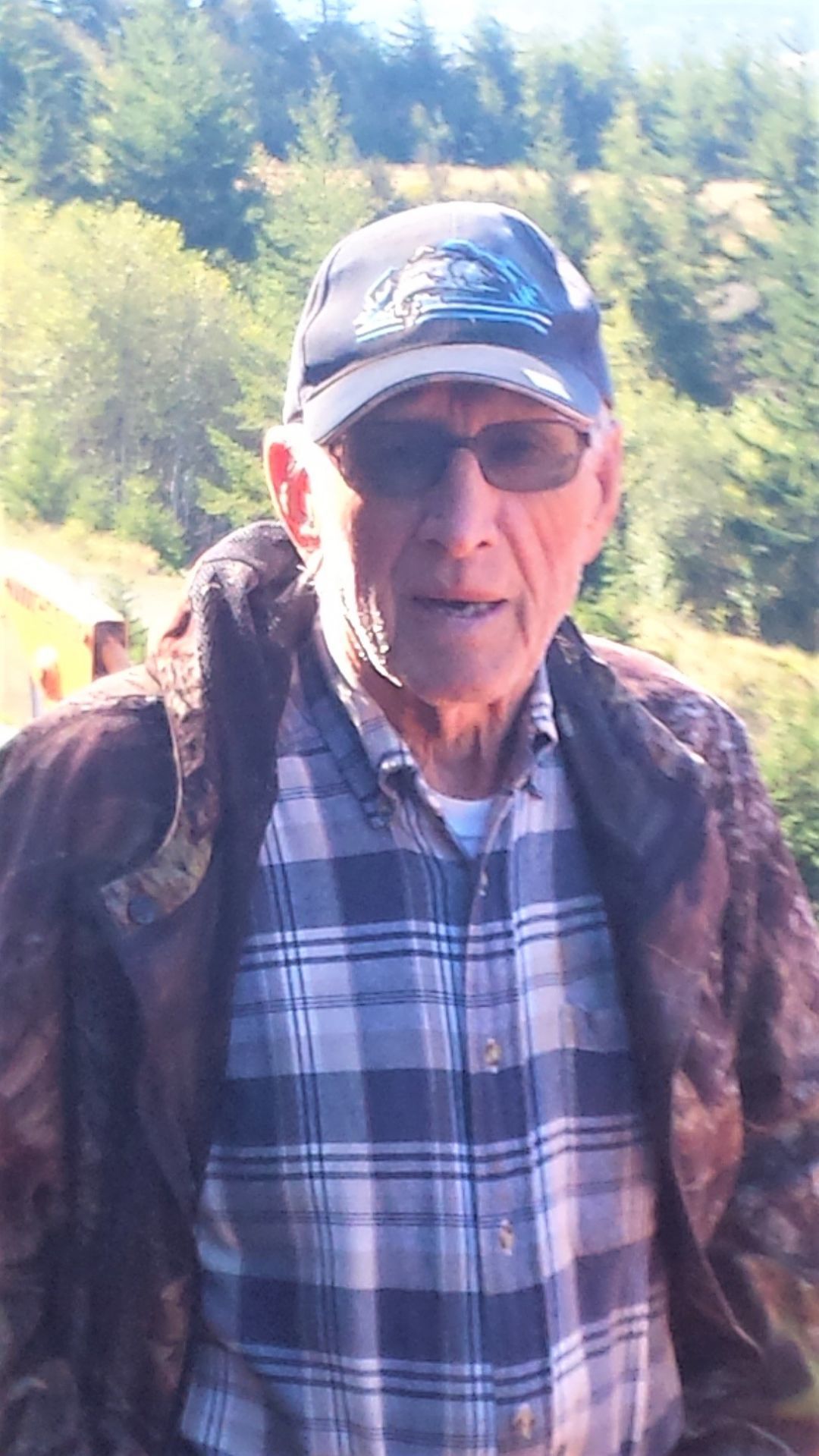 A funeral service will be held for Everett A. Bachmann, 92, of North Bend, on Saturday, Dec. 14, 2019 at 2 p.m. at the North Bend Chapel, 2014 McPherson Ave., with pastor Israel Jurich presiding. A private family committal will follow the service at Ocean View Memory Gardens Cemetery in Coos Bay.

Everett was born, one of 14 children, to Pete Bachmann and Bertha (Wiist ) Bachmann, on March 4, 1927 in Wood, South Dakota.

Everett and his family moved to Klamath Falls in 1942. He entered the US Army in 1944, where he worked as a mechanic and ambulance driver during World War II. He was honorably discharged from the Army in 1946 and moved to Coos Bay in 1947. During the rest of his working years he did many things, including owning and operating Rock Crushers service stations, rentals, fishing on “Bob’s Boat”, owning a Tavern, and a tug boat mechanic ... he was a Jack of all trades in every sense of the word!

Everett was preceded in death by his parents, Pete and Bertha Bachmann; all of his siblings, Ernest, Willie, Ella, John, Pete Jr., Ruth, Ben, Martha, twins Gerald and Carroll, Everett’s twin Ernie, Jack and Betty and all of their spouses as well; first wife, Francis Ziemenzuik and second wife, Eva Mae Darrow. 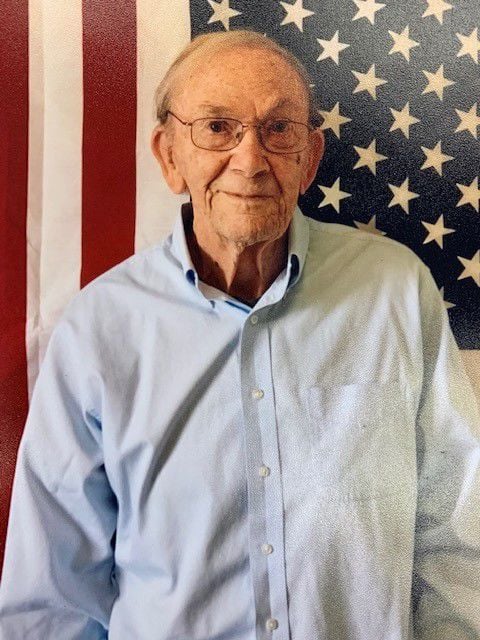 Paul was born in Fultanham, Ohio, graduated from Wittenberg University then achieved DDS in 1943 from Indiana University School of Dentistry. He served in the US Marine Corp at Great Lakes, South Pacific and China from 1944 - 1946. From 1947 - 1959 he practiced dentistry in Dayton, Ohio.

In 1959 he became Professor of Pediodontics at Indiana University and served as department chair until retirement. He is credited with 48 scientific publications and over 400 professional lectures in United States, Europe, and South America.

Paul loved to fish especially in the ocean so after retirement he moved to Coos Bay to be near his son Scott and daughter-in-law Kim with access to the ocean, bay and northwest forest. He was an active member of Gloria Dei Lutheran Church.

Dr. Starkey is survived by his children, son, Henry, Susan, daughter, Jan and Dan Matthews; son, Scott and wife Kim; and his many grandchildren. His ashes will be interned by his wife's in Elma, New York with a family graveside service. 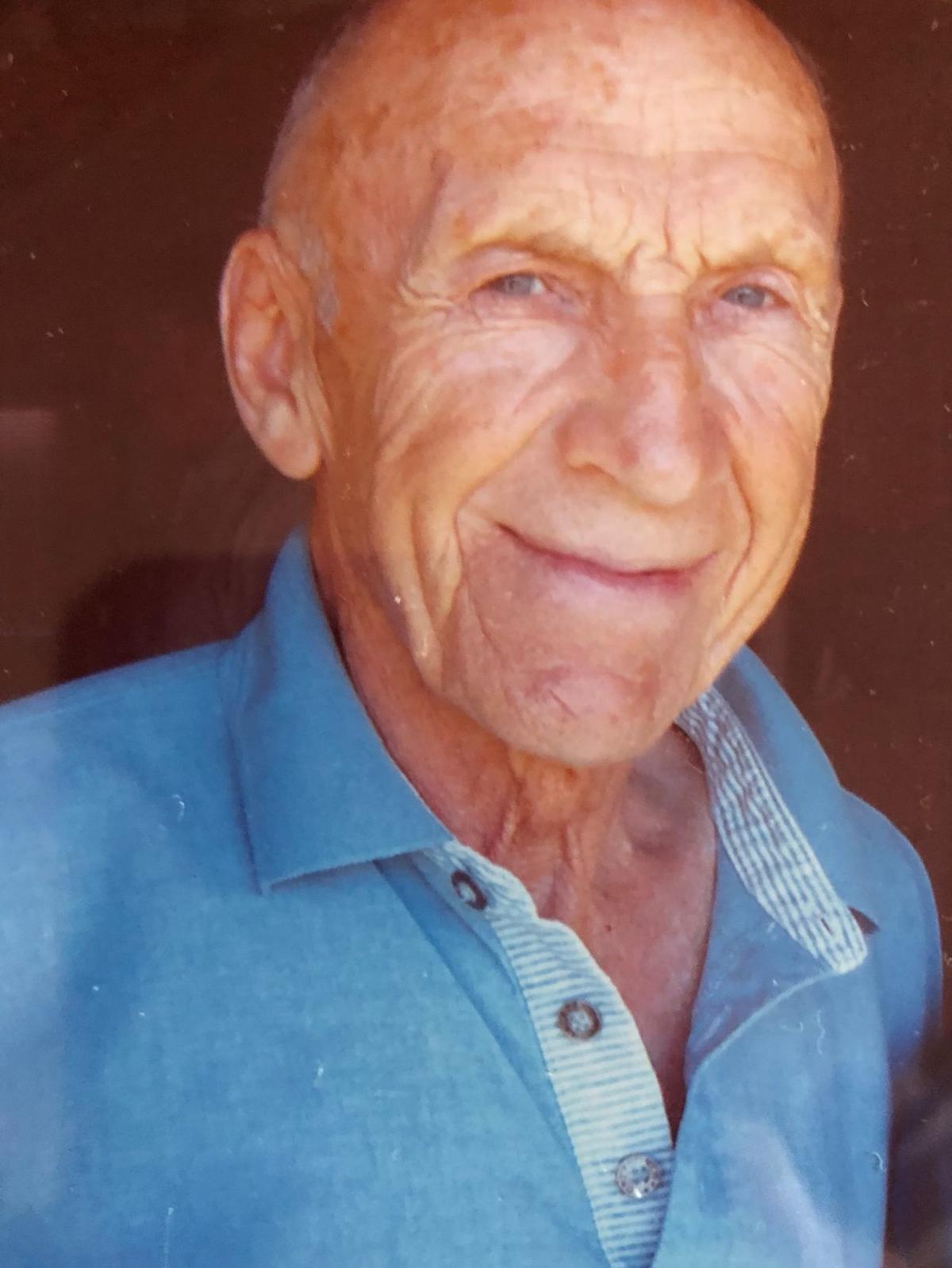 Rolland Selby Leep passed away peacefully on Dec. 3, 2019 from the complications of Parkinson disease.

He was born April 7, 1931 in Eugene, Oregon to Eldred Leep and Esther Koenig. He had two brothers, Jean and Delbert who both preceded him in passing.

He spent his early life in Indian Creek, Oregon and attended school in Mapleton. He worked in the family logging and saw mill business and continued the business after his father retired. He later relocated to Myrtle Point, Oregon where he owned and operated the Leep Sawmill for many years. After selling the mill he continued to enjoy a hobby of planting trees on his private land.

He served in the Army from 1951 to 1953 in the Korean conflict. He was a machine engine operator aboard an Army craft. After his discharge he returned to the family business.

He married Margery Cobb Roper and they were the parents of three children, Steven, Nancy and Betsy and three Roper stepchildren, Mickey, Perry and John Bruce. He later married Geraldine Wilberger in 1968.  Along with that marriage came three additional stepchildren, Greg, Gale and Ginger.  He was the grandfather of several grandchildren and 27 great grandchildren. He was always so happy that all the mixed family enjoyed each other.

He did a lot of quiet service in Myrtle Point believing that it was important to give back to the community. He was an active member of the Lions Club for 50 years and he served for many years with the Fire Department.

Funeral Service will be held at 11 a.m. on Friday, Dec. 13, 2019 at the Myrtle Point Chapel of Amling/Schroeder Funeral Service, 404 7th St. Private burial will be at Myrtle Crest Memorial Gardens in Coquille.  A reception will follow the funeral service at the Coquille Valley Elks Lodge.

In lieu of flowers the family suggests you consider sending a donation to the Elks Student Scholarship fund in Rolland’s name.

We would like to thank Country Gardens in Coquille for their kindness and care during his stay there. Online remembrances may be shared with the family at www.westrumfuneralservice.com arrangements are under the direction of Amling-Schroeder Funeral Service, Myrtle Point Chapel, 541-572-2524.

Norval Eugene "Mike" Shannon - 93, of Eugene, Winchester Bay, and Cabo San Lucas, passed away Nov. 28.  A celebration of Mike's life will be held at 2 p.m. on Saturday, Dec. 14, at the Fairfield Church of the Nazarene, 1052 Fairfield Avenue, Eugene, Ore. Arrangements by Musgrove Family Mortuary.

Donald L. Goddard - 96, of Bandon, died Dec. 5, 2019 in Bandon. Arrangements are under the direction of Amling Schroeder Funeral Service, Bandon.

Dorothy May Lane, 90, of Lebanon Ore. passed away Nov. 25, 2019 at her home with loved ones at her side.  She was born to James and Charlottie Bright on Feb. 15, 1929 in Portland, Ore.  She graduated from Marshfield High School in Coos Bay Ore.  In 1948 she married Albert (Buster) Lane.  They lived in North Bend, Ore. 19 years before moving to Lebanon, Ore.

Dorothy spent 45 years of her life raising registered Welsh ponies.  She always loved showing her ponies to others and sharing her love and knowledge of the breed.

She was proceded in death by her son, Terry Lane in 1985; her husband, Albert Lane in 2005; her parents; and brother, Robert Bright.

Peggy Eve Berger - 94, of Bandon, formerly of North Bend, No service will be held, but an open house to celebrate the life and art of Peggy will be held from noon to 3:00 p.m., Saturday, Dec. 7 at the First Christian Church, 2420 Sherman Avenue in North Bend. Arrangements are under the care of Coos Bay Chapel, 541-267-3131 www.coosbayareafunerals.com.

Charles “Chuck” Edward Baggett - 88, A memorial service will be held at noon, Saturday, Dec. 7 at the Lakeside Assembly of God, 230 N. 8th Street in Lakeside. Arrangements are under the care of Coos Bay Chapel, 541-267-3131 www.coosbayareafunerals.com.