A celebration of Jim’s life will be held from 2 to 5 p.m. Tuesday, Feb. 11, at Bandon Dunes Golf Resort.

Jim Seeley of Bandon, Oregon, passed away on Jan. 12, 2020, after a nine-month battle with pancreatic cancer. He was 77 years old. Jim was born and raised in the small farming community of Jerome, Idaho and was the son of Richard and Victoria Seeley. He began playing golf at the age of 10 and it quickly became his lifelong passion and avocation.

Jim graduated from the U.S. Naval Academy in 1964. Following graduation, Jim served six years in the fleet which included two tours in Vietnam. Subsequent to his deployment, Jim served on the faculty of the Naval Academy teaching Leadership, Management, and Naval Tactics for two years before deciding to follow his heart and enter the golf business.

Jim was a life member of The Professional Golfers’ Association of America. A fine player in his early career, Jim played in several PGA Tour events and qualified and played in the 1977 (British) Open Championship at Turnberry.

Following his tenure with the PGA Tour, Jim joined KemperSports Management in 1995 where he was the Executive Vice President of Operations for 17 years. His oversight of numerous KemperSports managed properties, including Bandon Dunes Golf Resort, led to his being named in 2008 as “One of the Most Admired Operators” by Golf, Inc. magazine.

After retiring in 2011, Jim and his wife Rae moved to Bandon, Oregon, where Jim was named the first Executive Director of Wild Rivers Coast Alliance (WRCA). He served in this position until January 2020.

Friends may offer condolences online at westrumfuneralservice.com. Arrangements are under the direction of Amling-Schroeder Funeral Service, Bandon.

Archie Dean Rackleff Jr. - 95, A memorial service with military honors will be held at 2 p.m., Saturday, Jan. 18, at Coos Bay Chapel, 685 Anderson Avenue in Coos Bay. Arrangements are under the care of Coos Bay Chapel, 541-267-3131 www.coosbayareafunerals.com. 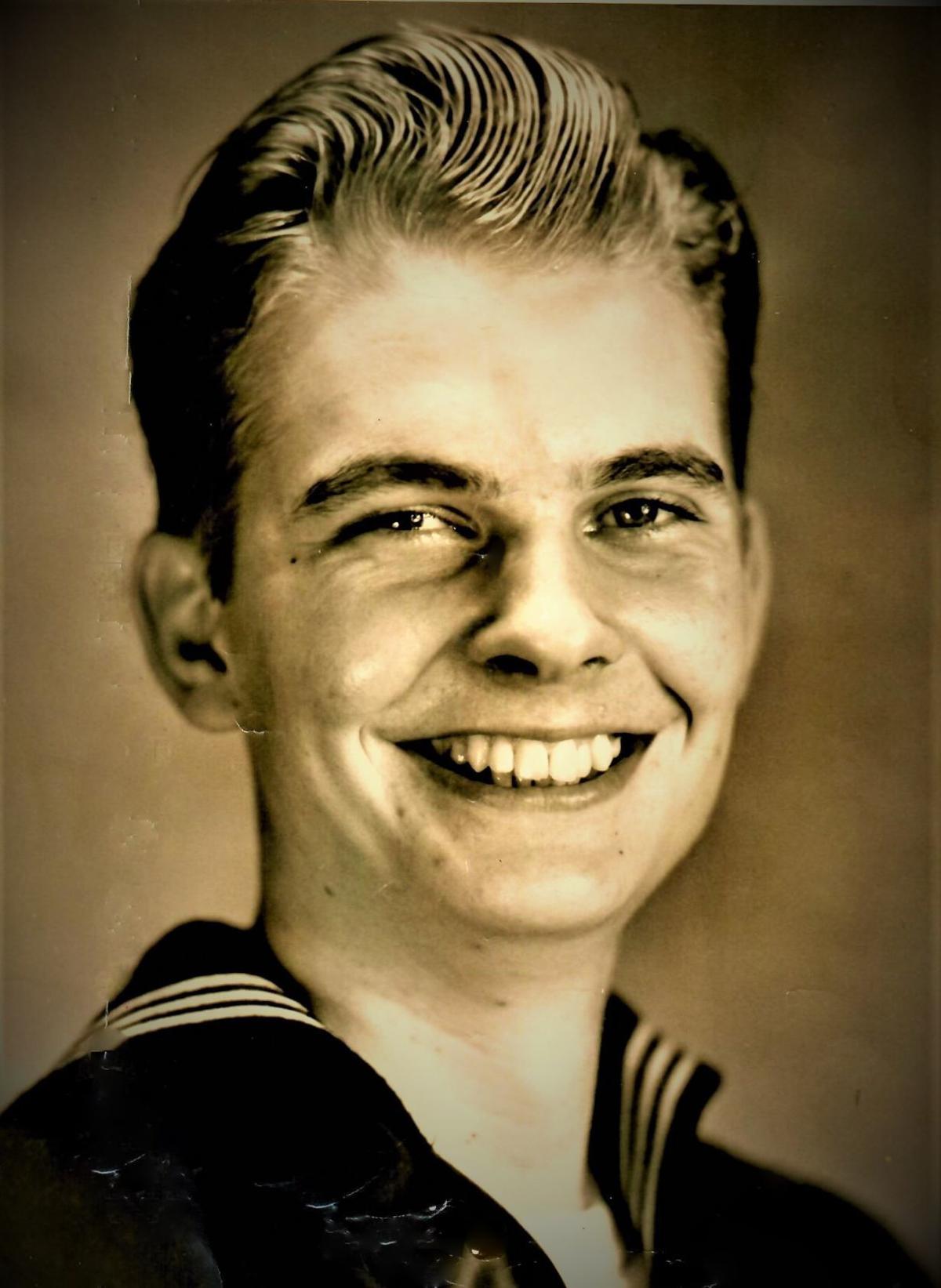 Jim passed away Jan. 5, 2020 in King City, Oregon from complications sustained from a fall at home last October. He was born in Lawrence, Kansas on June 7, 1926 to Henry and Alma Seiwald. He joined the Navy during World War II, before he had even graduated from high school. He was so young, he spent eight months in the Pacific before he even turned 18. After the war was over, he was still aboard his ship, the USS Supply when it sailed into San Francisco Bay and was placed into the inactive fleet. Jim met his first wife Phyllis shortly after World War II and together they raised their family on five acres out in the country in a house they built themselves. After raising three kids, and 49 years of marriage Jim sadly lost Phyllis to cancer. After a few lonely years as a widower, he met Edith. They met when she came to look at an apartment he had for rent. They married and enjoyed camping, walking on the beach and traveling the Oregon Coast. After a just a few years together Jim lost Edith to Alzheimer's Disease.

Jim was a successful contractor and he built many homes and apartments in the North Bend and Coos Bay area. After 10 years or so in construction business, he moved on to larger projects, building campgrounds and buildings at Tugman State Park near Lakeside, Bullards Beach State Park at Bandon, South Beach State Park at Newport, Bob Straub State Park at Pacific City, Clyde Holliday State Park near Mt. Vernon, Oregon and others. Jim also owned Bay Area Backhoe. During his retirement years he enjoyed salmon fishing, growing roses and driving his Ford Model A. He was a member of the Coos County Rose Society and the Myrtlewood A's. Jim was a Christian and he attended Hauser Community Church for nearly 50 years.

Jim is survived by his children with Phyllis: daughter, Cheryl Spencer and her daughter Nicole and son Lucas of Sherwood, his son, Steven Seiwald and his wife Karen and their son Daniel of Molalla, and, his daughter, Susan Howell and her husband Vincent and their son Seth of North Bend; and his stepdaughter with Edith: Annette Ostertag and her husband Bruce of Sacramento and their sons Derek and Jared.

Jim Seeley - 77, of Bandon, died Jan. 12, 2020 at his home. Arrangements are pending under the direction of Amling Schroeder Funeral Service, Bandon.

A graveside service will be held at 1 p.m., Monday, Jan. 20, 2020 at the Dora Cemetery for long-time Coos and Curry County resident, Tricia Ann Strand.

She grew up in Coos and Curry counties, graduating from Pacific High School. She went to school in Salem and got her education for office administration. She worked for Bay Clinic, the World Newspaper and retired from the Glendale School District.

Tricia was very family oriented, helping others when she could. She cared for both her mother and aunt in their later years. She loved photography, later doing wedding photos and she always kept herself busy with various projects.

She was preceded in death by her parents; and her beloved husband of over 30 years, Bruce Strand in 2002.

Friends may offer condolences online at westrumfuneralservice.com. Arrangements are under the direction of Amling-Schroeder Funeral Service, Bandon.

Jim Seeley - 77, of Bandon, died Jan. 12, 2020 at his home. Arrangements are pending under the direction of Amling-Schroeder Funeral Service, Bandon. 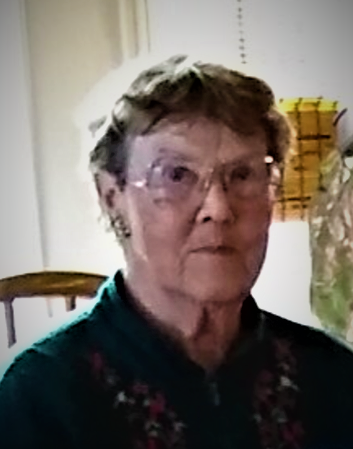 A memorial gathering to celebrate the life of Patricia “Pat” Kimbrel, 84, of North Bend, will be held and announced later in Feb. A private inurnment will be held at Sunset Memorial Park Cemetery in Coos Bay.

Pat was born on Aug. 11, 1935 in North Bend, Ore. to Peter Joseph Menegat and Freda (Lulman) Menegat of Lakeside. The oldest daughter of four, she kept a tight and lasting bond with her sisters Louise Wilder, Florence Frishman and Kathy Reimers throughout her life. She passed away peacefully on Dec. 29, 2019 in Coos Bay.

Pat grew up on her parent’s dairy farm on Lindross Arm of North Tenmile Lake in Lakeside. Graduating from Lakeside school in 8th grade, Pat attended North Bend High School, graduating in the class of 1953. While in high school, she met her future husband Frank Kimbrel while he was “holding up the wall” as she put it, at a dance at Cedar Grove where Bay Area Hospital now stands.

When Frank Kimbrel returned from the Army he bought a 1957 Chevy, and he and Pat were married in Coeur d’ Alene, ID in 1958. The newlyweds bought a house in North Bend and lived there for the rest of their lives.

Pat taught school until her two children, Peter and Shawn, came along. Although she continued to substitute teach at times in the North Bend School District, Pat spent most of her time with her family, taking the kids on family picnics with her parents and sisters, going camping with Frank and the kids at Eagle Rock, watching Peter’s baseball games and rooting on Shawn at her basketball games.

Besides spending time with her family, Pat volunteered at the North Bend Library shelving books and also at the Sunset School Library where her sister Kathy was Librarian. Pat volunteered at the North Bend Library for many years until she was forced to stop because of a hip operation. She loved books and reading, especially mysteries. As a girl she would pick fern fronds to earn money, but her mother would often catch her sitting in the woods reading a book instead of picking fronds.

Pat also enjoyed attending community concerts, going to Little Theater on the Bay and watching musicals – Jane Powell and Elizabeth Taylor were her favorite movie stars. Pat was also a fixture at the North Bend Swimming Pool’s adult swim. For exercise, she would swim laps several times per week and she had many good friends she could visit with in the locker room. She had many friends- swimming friends, friends she went to lunch with and friends she talked with on the phone.

Pat is survived by her children, Peter Kimbrel and his wife Andrea of Yoncalla and Shawn Johnson of Cottage Grove; ten grandchildren and four great-grandchildren; and her sisters, Louise Wilder and Florence Frishman of Lakeside.

Pat was preceded in death by her parents, Peter and Freda Menegat; her sister Kathy; and her husband Frank Kimbrel. 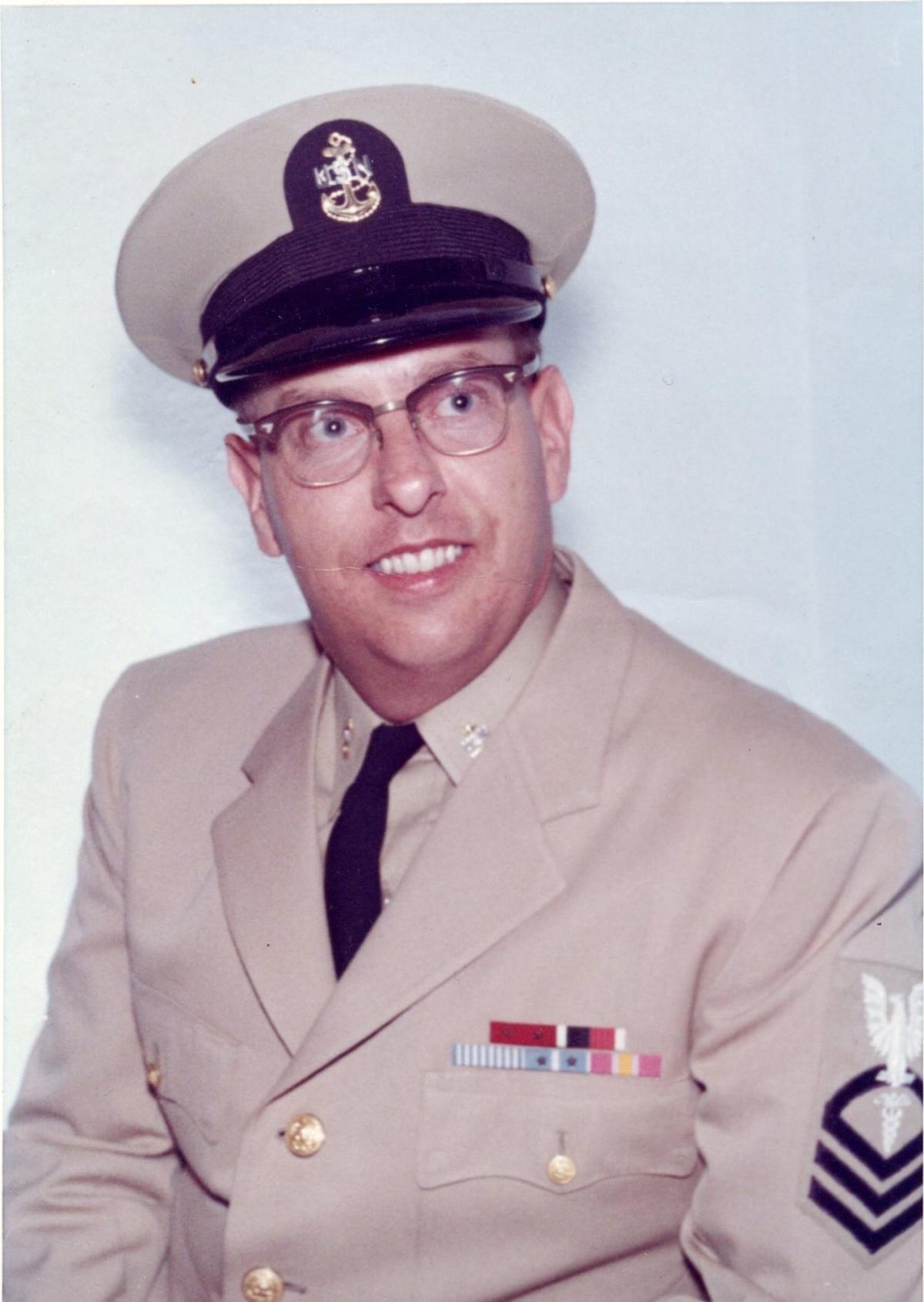 A funeral mass for James Joseph Hillar, 91, of Coos Bay will be held at 11 am, Friday, Feb. 28, 2020 at the Holy Redeemer Catholic Church, 2250 16th Street in North Bend, with father Jorge Hernandez, officiating.

James graduated from North Bend High School in 1946. He had just started his degree at the University of Oregon when he received a letter to report for physical. He soon joined the United States Navy. He served as a medic for 20 years, and was stationed in many places, some in battle. After retirement, he again worked for the Navy as an Industrial Hygienist, as well as Deputy Coroner, at the Alameda Naval Station, for another 21 years.  He was very active in the church and enjoyed hunting and fishing.

He was preceded in death by his parents, Sylvia and Walter Hillar; siblings, John Hillar, Paul and wife, Ellie Hillar, Rose and husband, Dave Michelson.

Arrangements are under the care of Coos Bay Chapel, 541-267-3131. Friends and family are encouraged to sign the online guestbook at www.coosbayareafunerals.com.