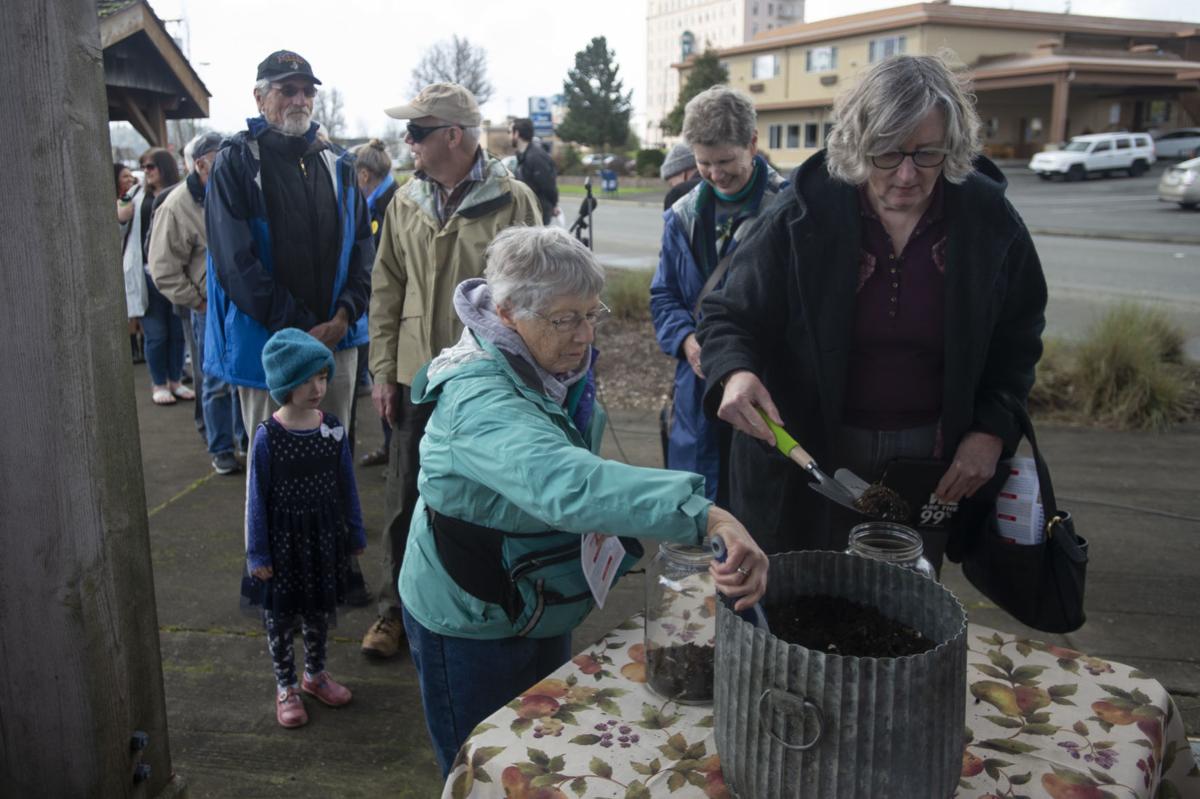 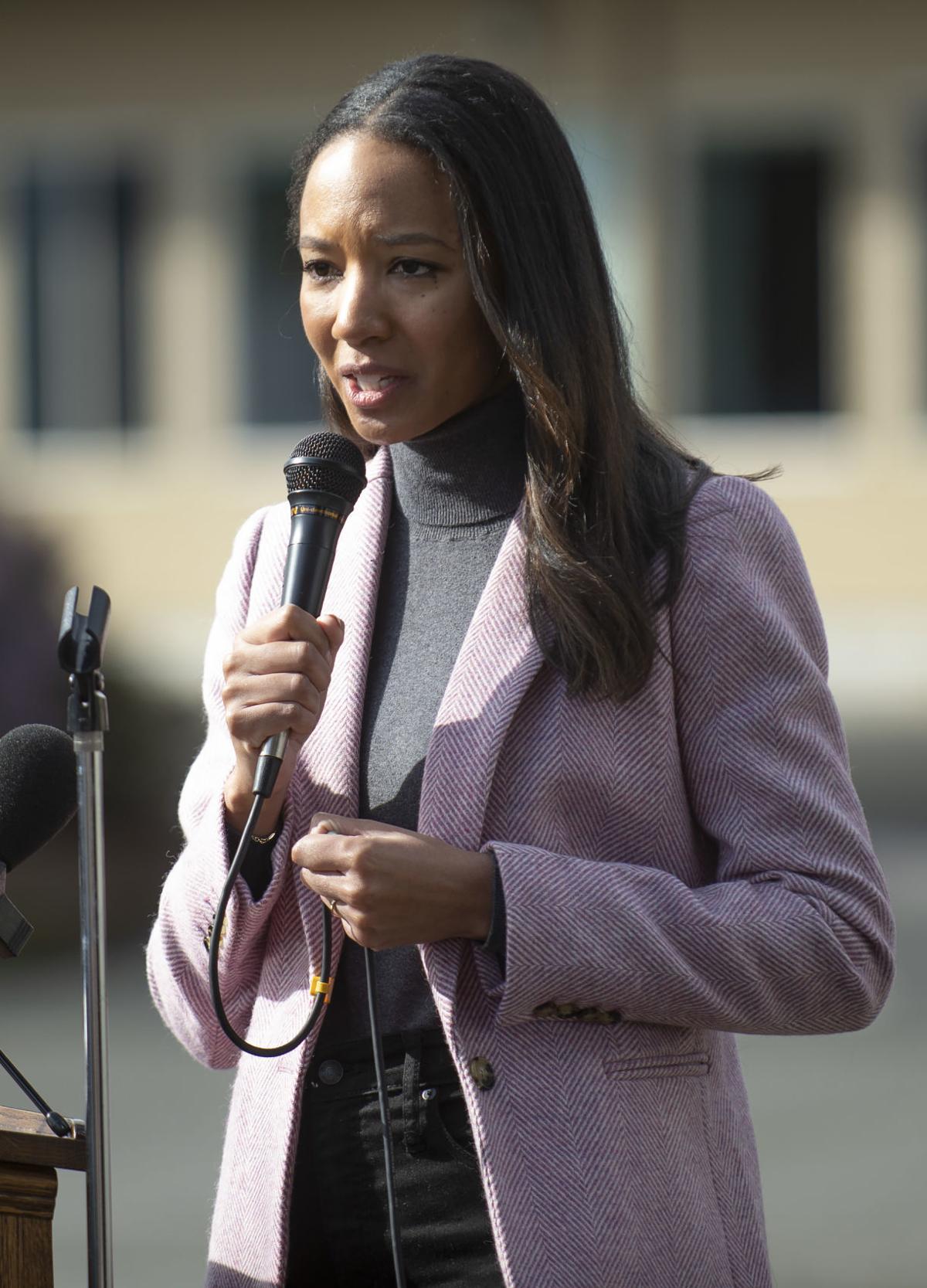 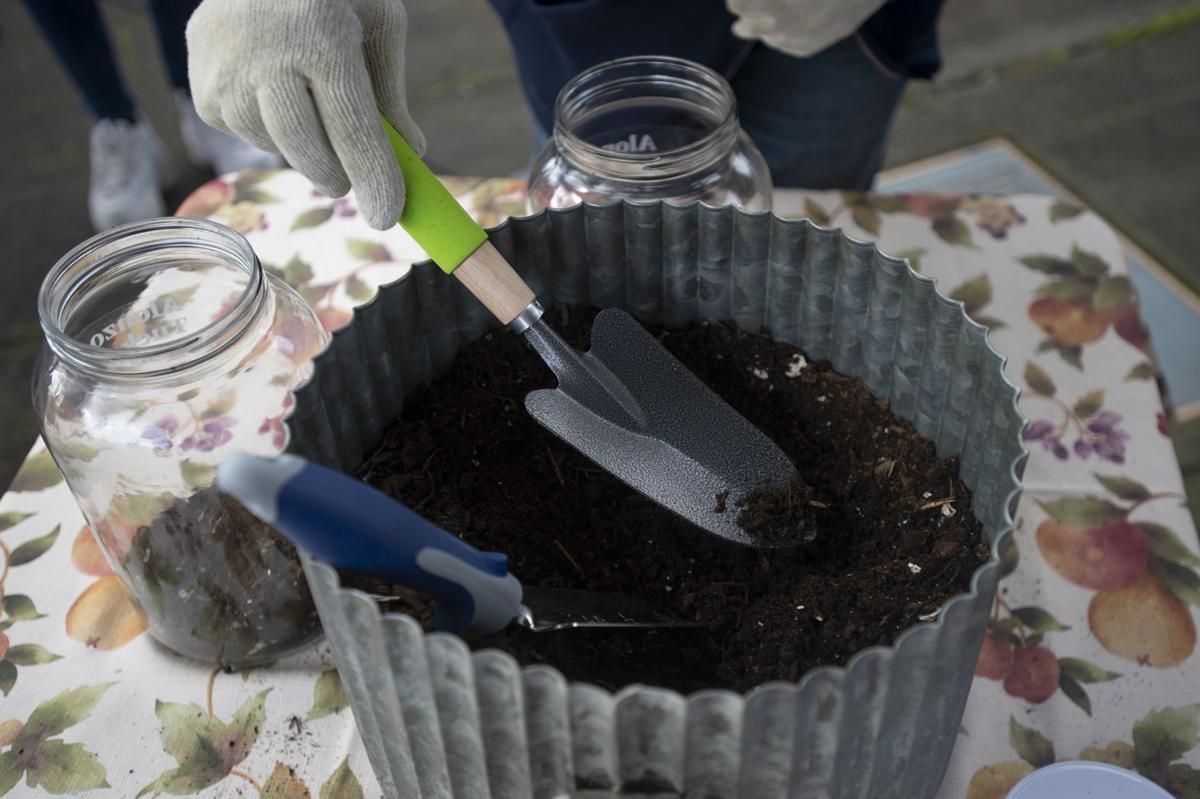 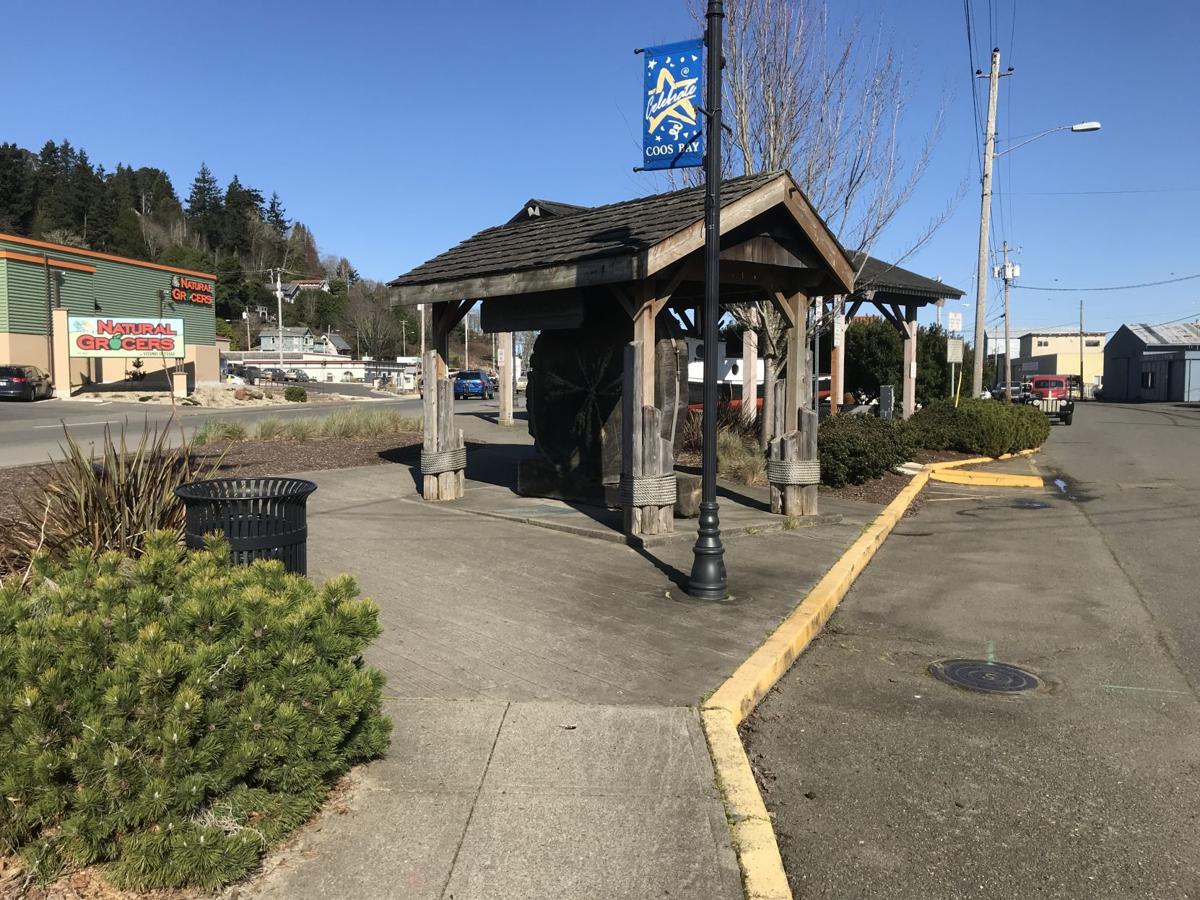 Pictured is the location where a public memorial observance of the lynching of Alonzo Tucker was held Feb. 29.

COOS BAY — Community members gathered on Saturday in remembrance of one of the darkest moments of Coos Bay and Oregon’s history, the lynching of Alonzo Tucker.

The Oregon Remembrance Project, the Equal Justice Initiative and the Coos History Museum organized the event to honor Tucker, the only recorded victim of a lynching in the state of Oregon.

“There is an injury in Oregon’s relationship to black Oregonians, an injury that we have yet addressed or begun to heal,” Taylor Stewart of the Oregon Remembrance Project said. “We have left it open for over a hundred years now, and like any injury, our relationship has suffered because of it. But today we begin down a path of reconciliation.”

In 1902, Tucker, a black man who owned a gymnasium in Marshfield, was accused of assaulting a white women. Instead of receiving the fair trial he deserved, a mob gathered and hunted Tucker down. Escaping the mob, Tucker hid under the docks of Front Street overnight. The next day when he was discovered under the docks. He was chased and shot, at which point the mob hanged his lifeless body from the Seventh Street Bridge in South Marshfield.

Oregon had three different exclusionary laws regarding African Americans. The first was when Oregon outlawed slavery, the law gave slave holders two years to remove male slaves, and three years to remove female slaves. Free black people then had to leave Oregon, or otherwise be subject to lashing. Oregon’s second exclusionary law, also before the territory gained statehood, restricted any people of color from entering or residing in Oregon. The third exclusionary law was a clause in the State’s Bill of Rights that prohibited blacks from being in the state, owning property and making contracts.

“Oregon was the first state to enter into the union with black exclusionary laws, essentially making it a whites only state. So it is not a surprise a lynching occurred here, most likely this wasn’t the only one, it just happened to be widely documented,” Stewart said.

At the ceremony attendees filled two jars with soil from the area. One of the jars will be kept on display at the Coos History Museum, while the other will be taken by the EJI to be put on display at its museum in Montgomery, Ala.

“The soil was gathered from where Coos Bay City Hall was, a bit from the estuary here where Tucker had to hide out for one horrible night, and the Seventh Street Bridge area, where he was eventually lynched as a spectacle,” said Steven Greif of the Coos History Museum Board.

Stewart reached out to the EJI on behalf of the Oregon Remembrance Project over a year ago to recognize Tucker.

The EJI started around 30 years ago as a nonprofit law office representing anyone on Alabama’s death row without representation. Around 15 years ago, the EJI started its Race and Poverty Initiative, which is how the organization relates back to Tucker’s lynching.

“The Race and Poverty Initiative was really meant to just expose a lot of the bias that we were witnessing in the criminal justice system, and a lot of the things we were trying to fight against and correct there. The conversation was, 'what if we had a more robust and honest conversation about race in America?'” Equal Justice Initiative spokesperson Breana Lamkin said.

In 2015, the EJI released its "Lynching in America" report, which released the names of 4,400 racial terror lynching victims that are featured at the EJI’s memorial in Montgomery, Ala.

“It’s a memorial that features monuments from each county where lynchings happened that we have at least two primary sources to document. So, we are by no means saying that only 4,400 people were lynched in America, these are just the people we have that documentation for,” Lamkin said.

Pictured is the location where a public memorial observance of the lynching of Alonzo Tucker was held Feb. 29.

The horrific event of Tucker’s lynching happened over 100 years ago. The city is no longer called Marshfield, it is now Coos Bay. The bridge where Tucker was hanged from is no longer there. However, the city of Coos Bay has decided how important it is to remember that tragedy, and announced Saturday that it will be placing a Plaque on Front Street to honor Tucker later this year.

“We must acknowledge that racial injustice was perpetrated against many throughout our history, which includes Native people, immigrants, and Alonzo Tucker among others,” Coos Bay City Manager Rodger Craddock said. “As part of the community’s acknowledgment to the racial injustice experienced by Alonzo Tucker, the City Council has commissioned a brass plaque to be made and placed in this area of Front Street to remember this event.”

The death of Alonzo Tucker probably became inevitable the moment Lizzy Dennis made her accusation.