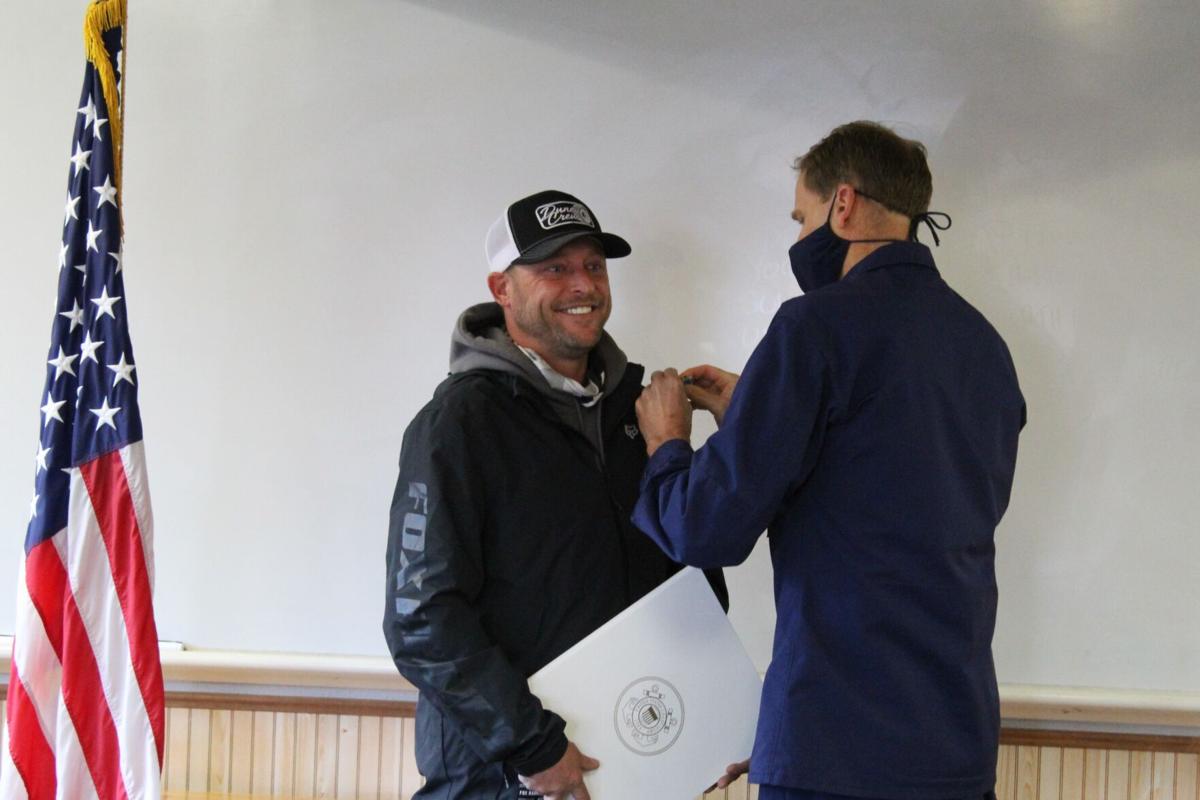 Captain Olav Saboe, right, pins a Distinguished Public Service Award on Curtis Green in recognition of his 2019 lifesaving efforts in the Charleston Marina. 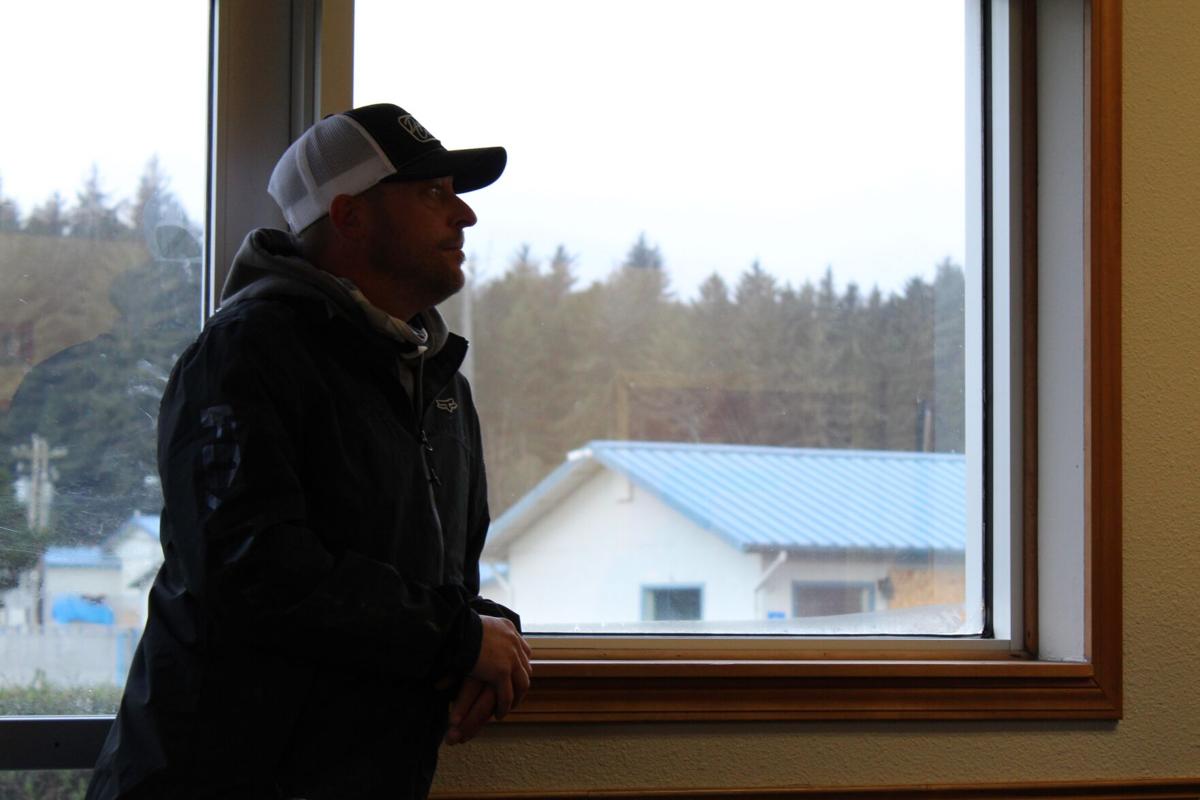 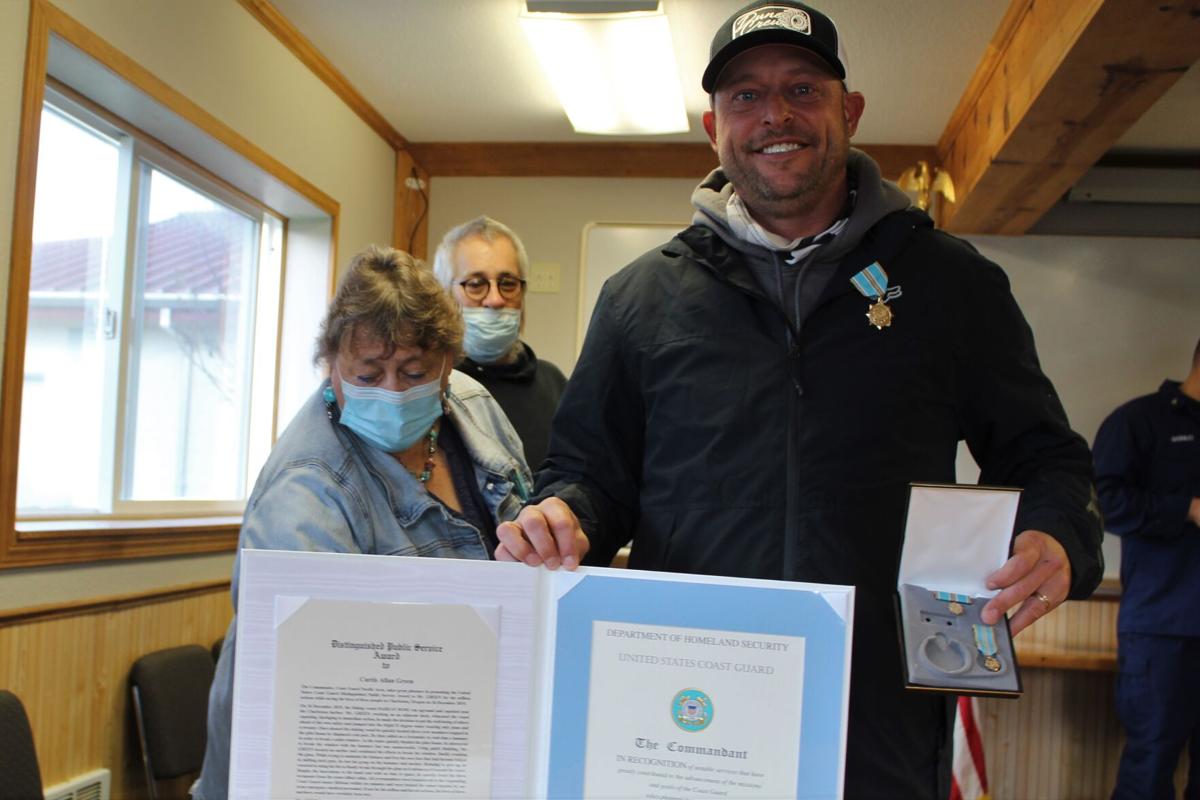 Curtis Green holds the certificate and medal he was awarded by the U.S. Coast Guard. 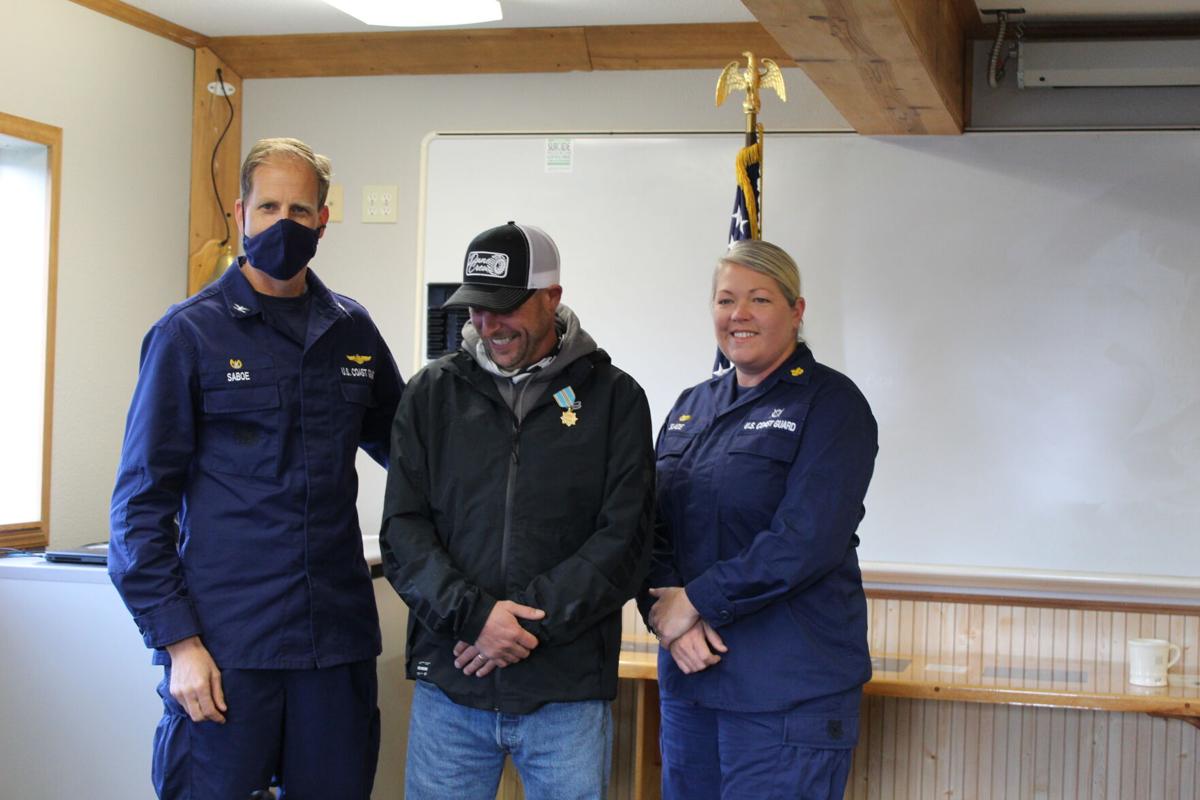 Captain Olav Saboe, right, pins a Distinguished Public Service Award on Curtis Green in recognition of his 2019 lifesaving efforts in the Charleston Marina.

Curtis Green holds the certificate and medal he was awarded by the U.S. Coast Guard.

CHARLESTON — Curtis Green held back his emotion Friday as he relived a harrowing experience from last year. His face grew somber as a U.S. Coast Guard member told a small crowd gathered about Green's lifesaving actions.

"It was everything I could do to keep my eyes from misting up," Green said.

On Friday, the Coast Guard recognized Green with a rare Distinguished Public Service Award in a small ceremony in the Charleston Station. The award was a recognition of Green's lifesaving efforts in a 2019 accident in the Charleston Marina.

In late December of that year, Coast Guard crews responded to a call of a capsized fishing vessel, the Darean Rose. It had run aground on the sandbar, and was laying on its side, largely submerged.

When crews got to the vessel, they found four men, drenched on the remaining dry portion of the boat, according to Joseph Benavidez, a member of the Coast Guard crew that responded to the call. Just a few minutes before they arrived, three of those men were trapped inside the vessel's wheelhouse.

"They were all kind of, you could tell, in shock," Benavidez said.

The three men owe their survival in large part to Green: An employee at the nearby Russel's Marine Fuel and Supply, Green saw the sinking vessel and jumped into the water. That was a "high" moment, Green said — one when he felt the adrenaline pushing him to help the men.

"It doesn't seem like that big of a task until you're out there doing it," Green said.

Once he swam out to the fishing boat, Green began hitting the wheelhouse window with a hammer dozens of times as it filled with water, the three men still inside.

But then, on the deck of the boat, Green hit a low point: His foot got stuck in some of the gear on the deck, and he felt water creeping up his leg. He still couldn't free his foot.

"It was the minute my foot got stuck, I wanted to get off that boat as bad as they did," Green said.

Still, Green kept hitting the window. Eventually, he gave up on the hammer, and used his fist instead. With a bloody arm, he'd broken the window open and was able to pull the men through.

That was another "high" moment, he said.

With Green's help, the three men escaped with only minor cuts and bruises. When Coast Guard leaders heard about Green's actions that day, they agreed to honor him with the Distinguished Public Service Award, according to Captain Olav Saboe, the commanding officer at Sector North Bend.

"Curtis (Green) really epitomizes what each and every one of us, that is wearing a coast guard uniform, why we joined," Saboe told guests at Friday's ceremony. "It's to save others — 'so others may live' is our unofficial motto, and Curtis definitely exemplified that."

After the ceremony, Green said he was grateful for the recognition, but was largely focused on the the three men who escaped the boat and the community that came together to help them afterwards. He still connects with the men, he said.

"I'd like to receive this in their honor," Green told the small crowd of Coast Guard members and family members. "They had a lost crab season and stuff, I really appreciate the way the community came together for those fishermen, and I think that even as bad as it was there was so much good that came out of that for our community."

Noting that many other fishermen in the community would've done the same thing, Green said the experience gave him an appreciation for the work of rescue crews and law enforcement (as well as a reason for him to start researching life insurance policies).

"I don't know if I could do it again," Green said. "It's not a job for me. I'll leave the cold water for these guys."