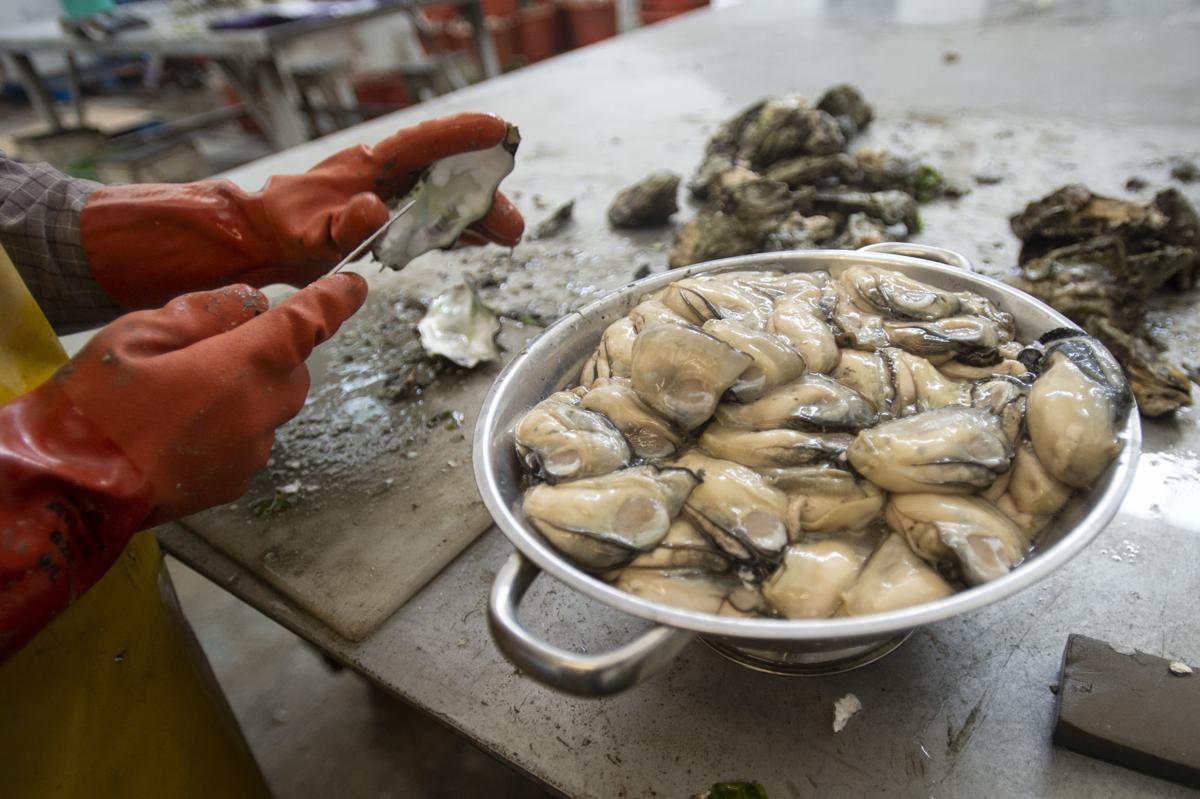 An employee shucks oysters Tuesday at Clausen Oysters in North Bend. The 30-year-old oyster farm opened a deli featuring a variety of oyster items and other seafoods on the menu. 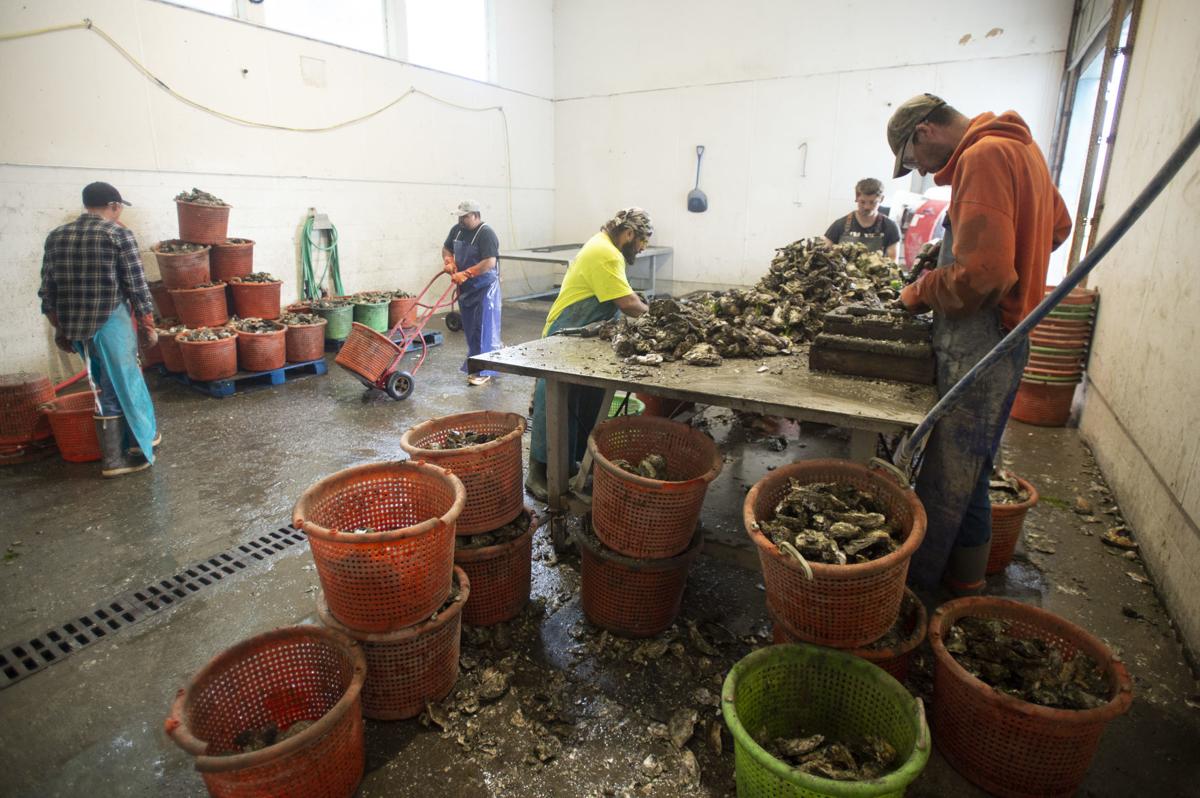 Employees work on a fresh haul of oysters Tuesday at Clausen Oysters in North Bend. 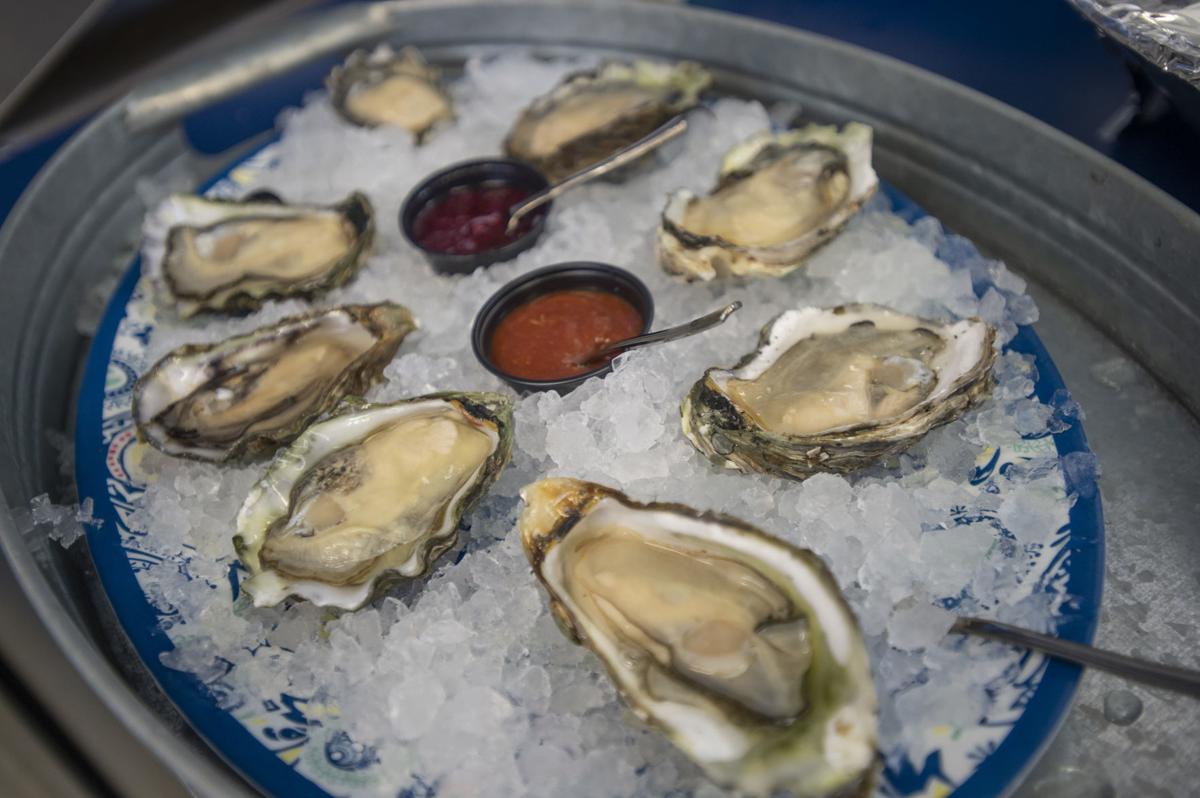 Oysters on the half-shell June 25 at Clausen Oysters in North Bend. An event at the James Beard House in New York City recently featured the oysters on the menu. 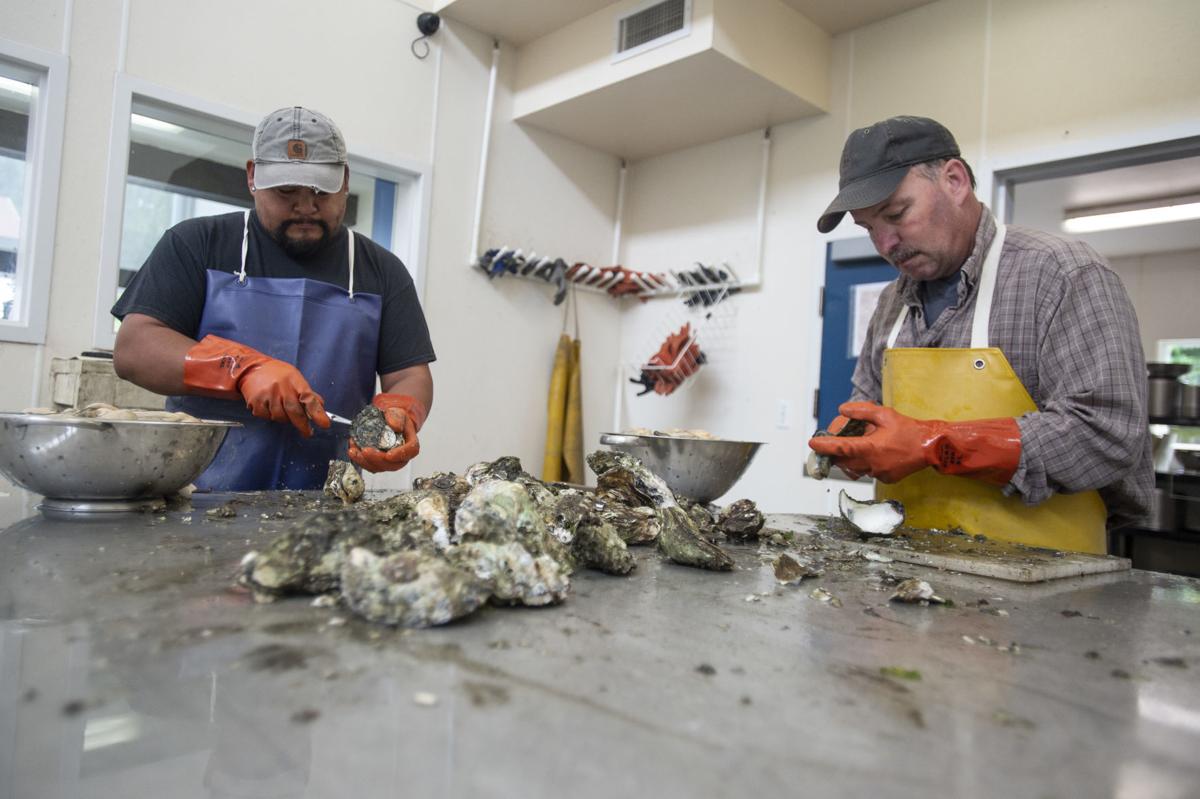 NORTH BEND — Over the moon and filled with excitement, Paddy Glennon, the operations director at Clausen Oysters, couldn’t be happier.

Earlier this week, the local oyster farm received a call from acclaimed chef Jose “JoJo” Ruiz who ordered over 200 of their specialty, single-seed oysters, the Coos Bay Moon Rock, to feature at a dinner event held inside the renowned James Beard House in New York City.

Employees work on a fresh haul of oysters Tuesday at Clausen Oysters in North Bend.

“It’s kind of a big deal,” said Glennon. “Our goal has always been to promote our region and Coos Bay and we’re doing that.”

As an award-winning chef with over 26 years of experience, Glennon said it’s both an honor and an accomplishment to have their oysters featured on the menu at the James Beard House.

The event, which was held Tuesday, was part of the ongoing mission of the James Beard Foundation — a nonprofit culinary arts organization — to celebrate nurture and honor chefs.

According to Glennon, the staff at Clausen Oysters worked quickly over the last few days to fulfill the order, which arrived directly to the event early Tuesday morning.

Oysters on the half-shell June 25 at Clausen Oysters in North Bend. An event at the James Beard House in New York City recently featured the o…

The Coos Bay Moon Rock oysters, which have been shipped to a number of popular restaurants around the country, were harvested using a new, modern style of farming, said Glennon.

The oysters, which are seeded in the shells before entering the water, are then put inside ocean-safe mesh bags that float and tumble with the tide.

The bags are kept in the water for approximately 18 months, which is enough time for the oysters to grow into market size, added Glennon.

He hopes as more people become aware of the oysters and their origins, the more folks will want to visit the Bay Area and see just what it has to offer.

“(Clausen Oysters) is about showcasing the beauty of our region and our bay,” said Glennon. “Most people understand oysters by the region they come from, so it’s a huge thing for our oysters to go out with the Coos Bay label.”