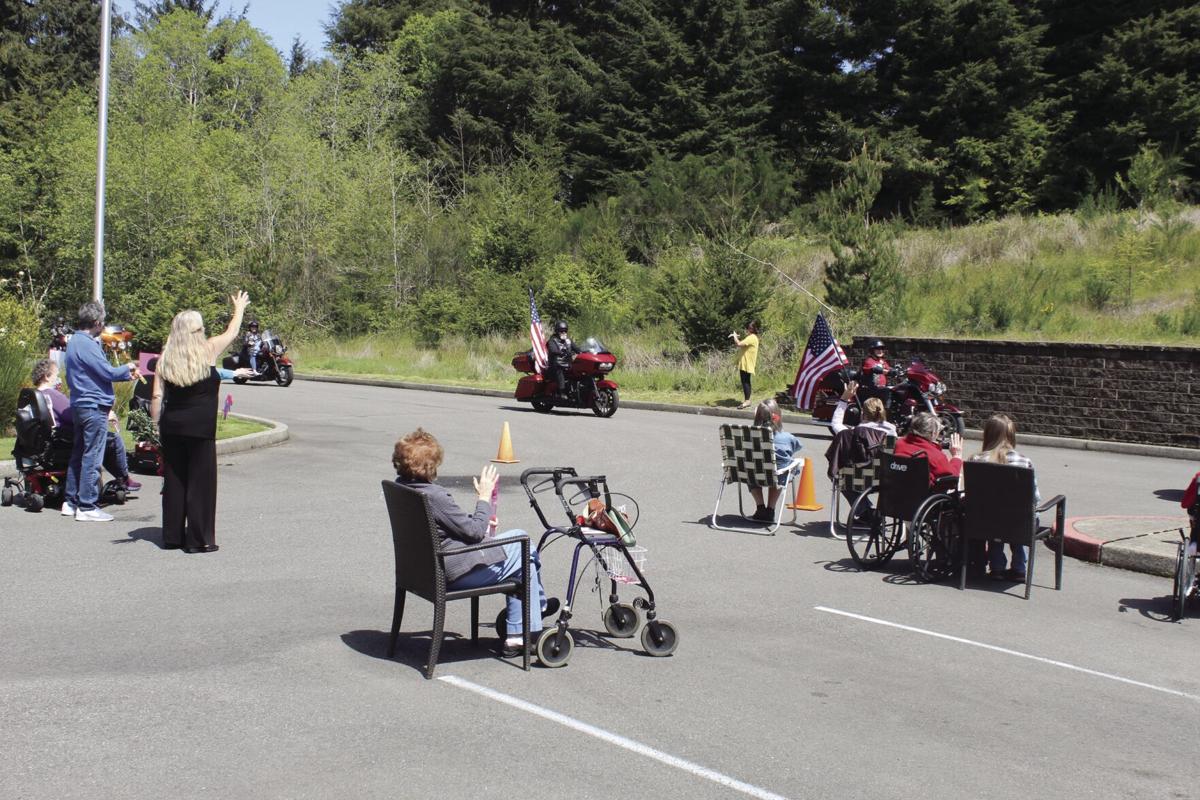 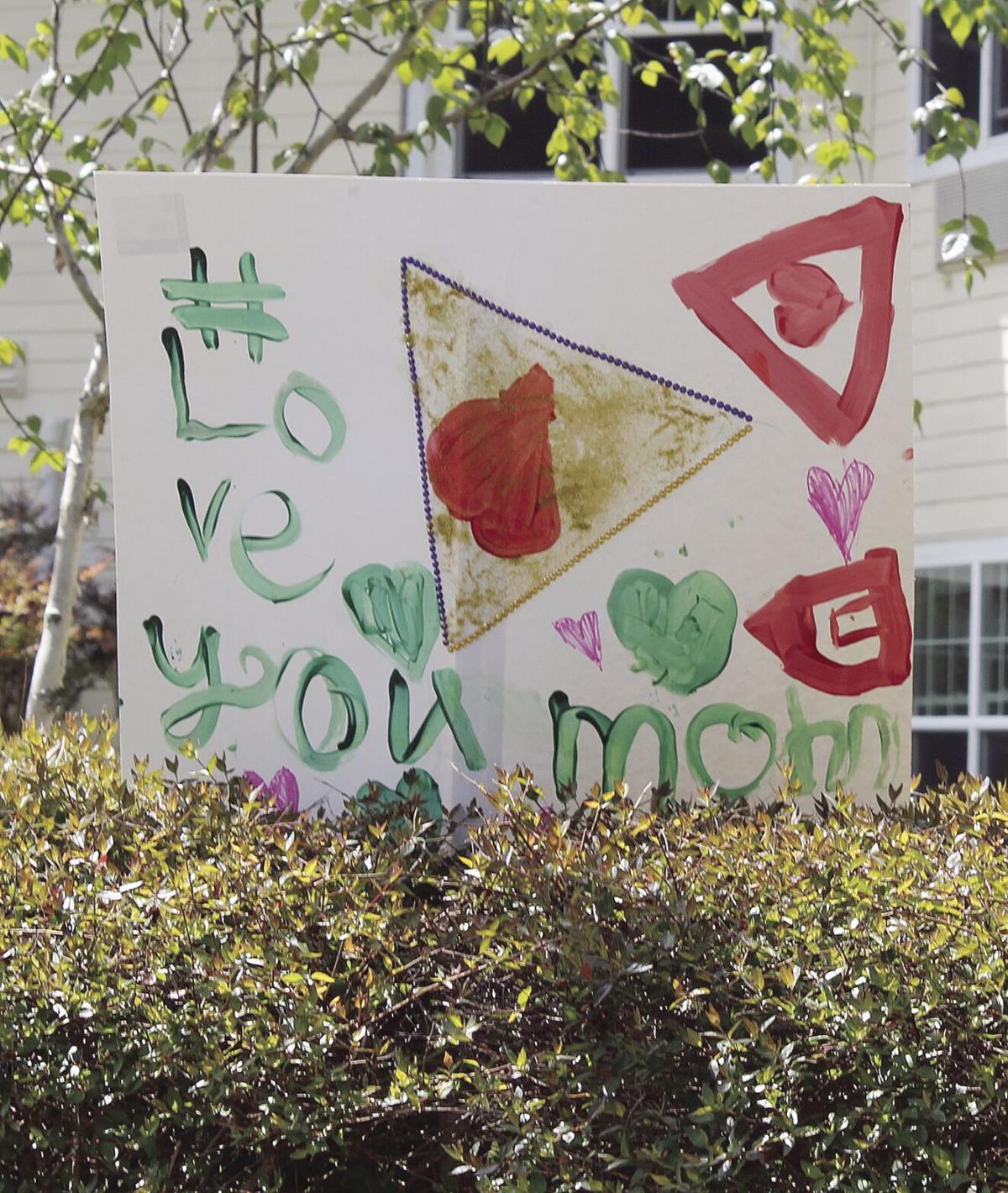 Ocean Ridge Assisted Living was covered in signs thinking the many moms who live there. 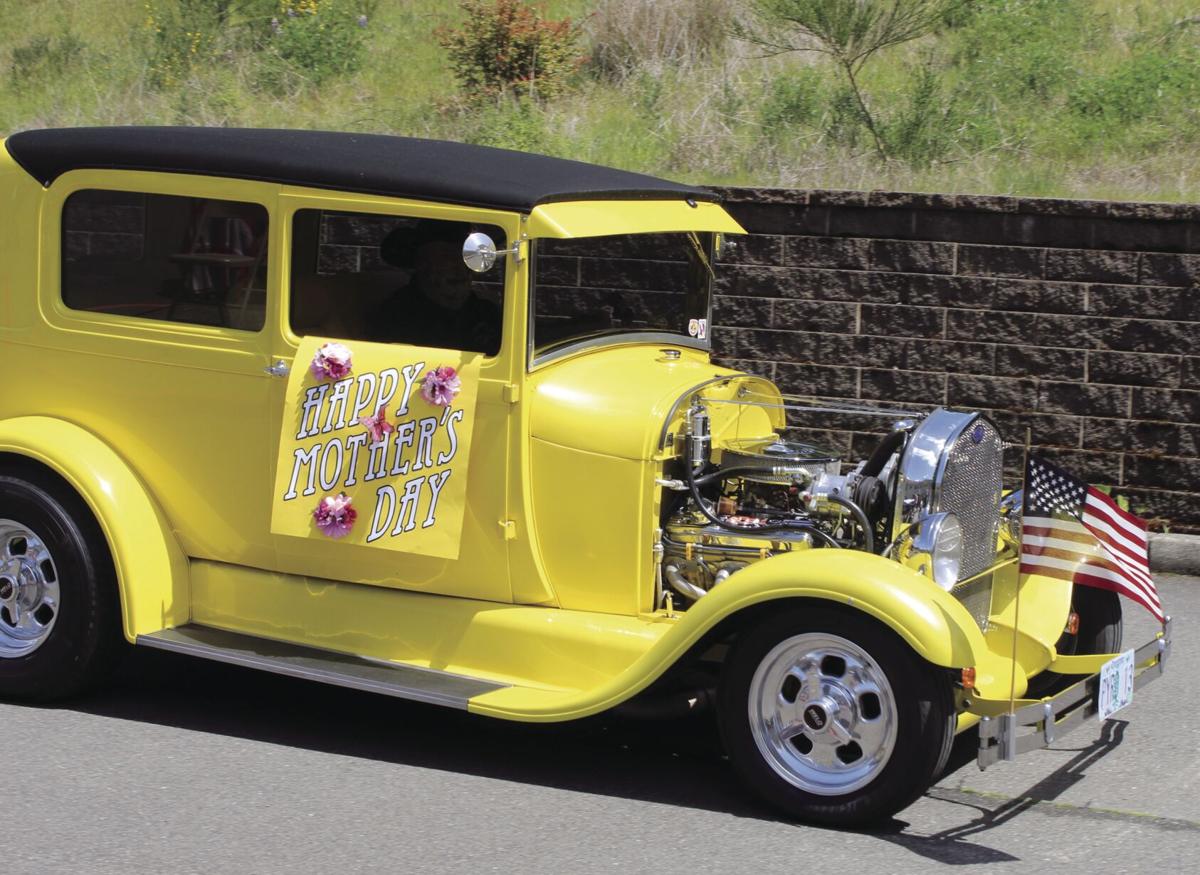 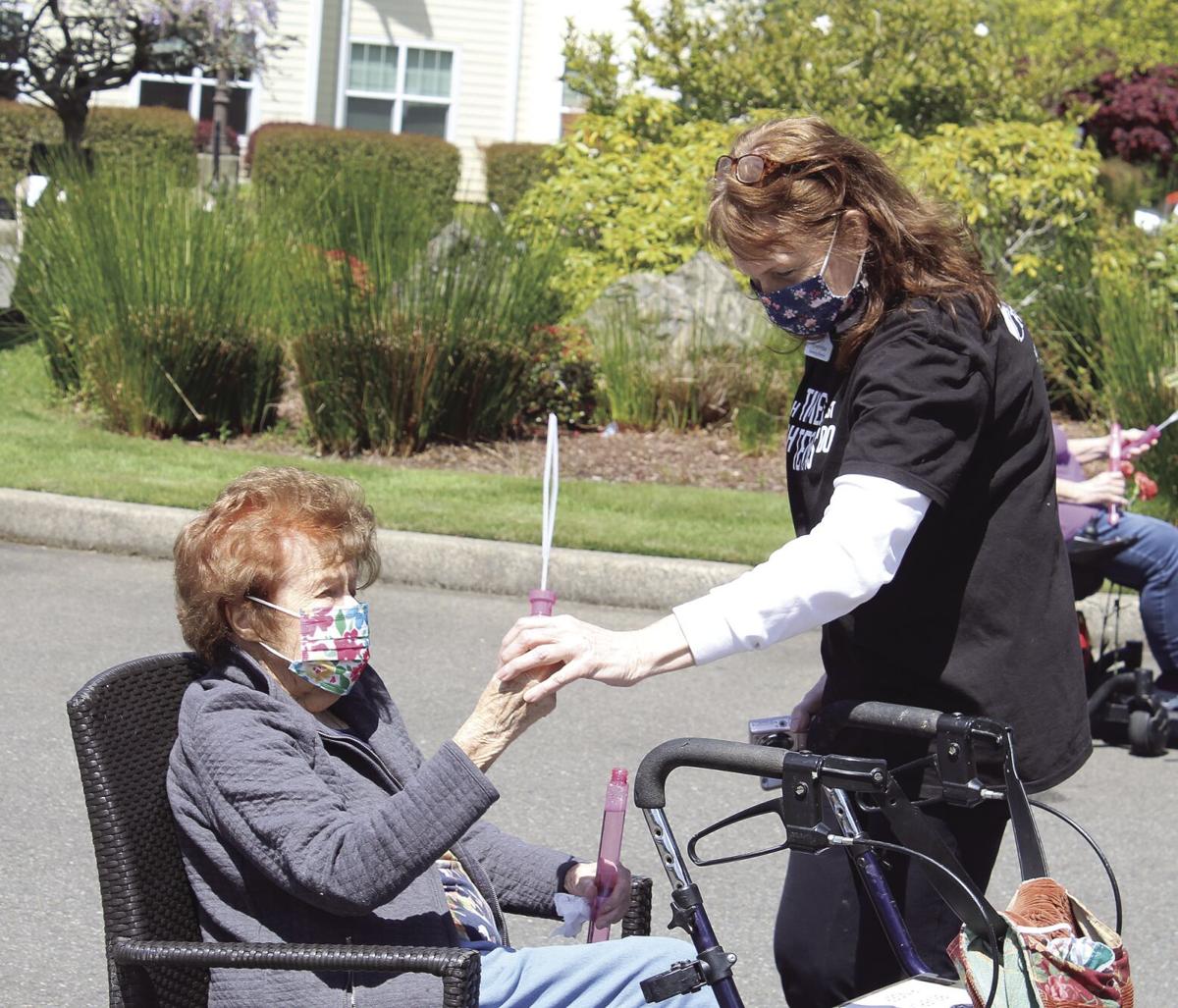 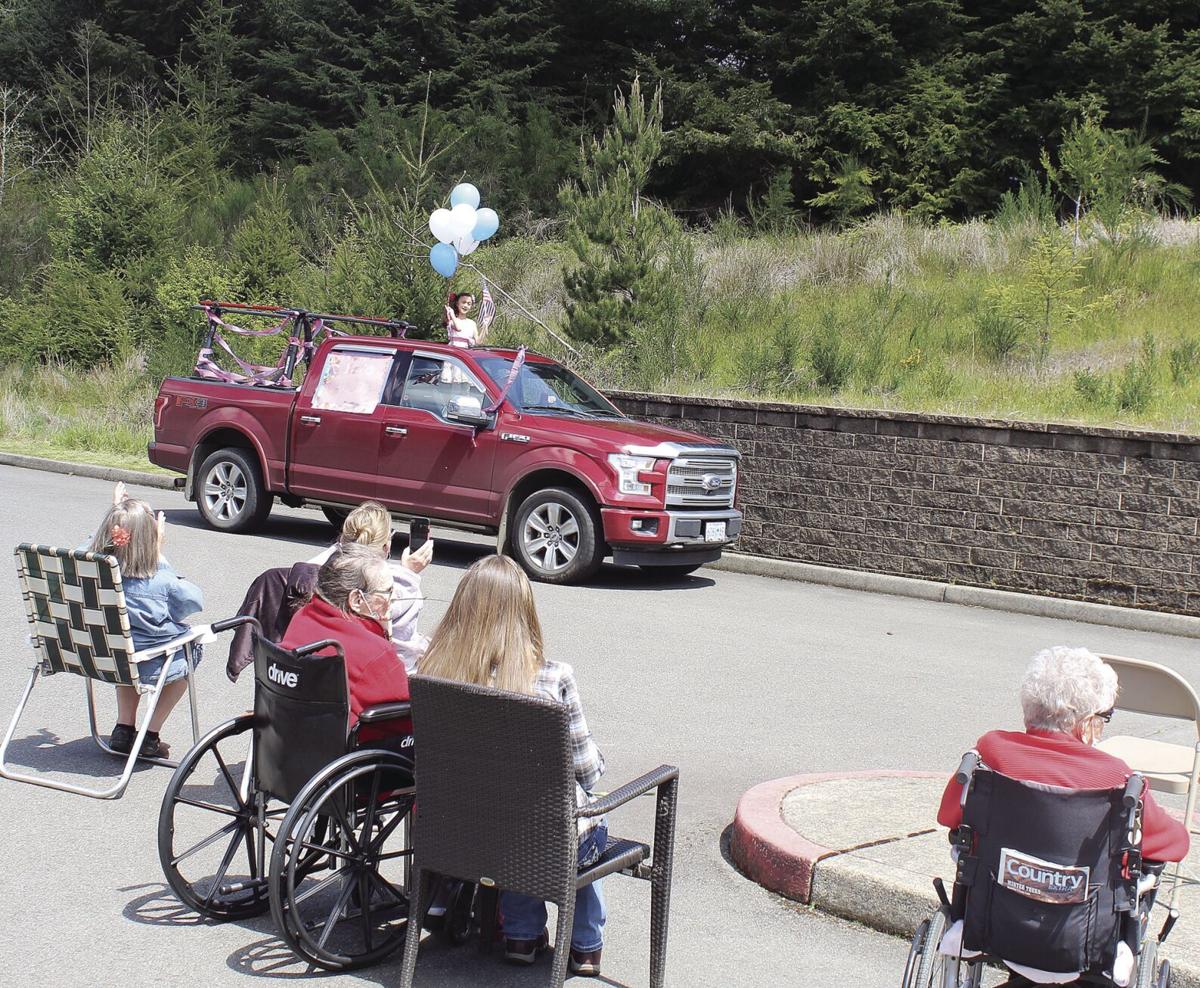 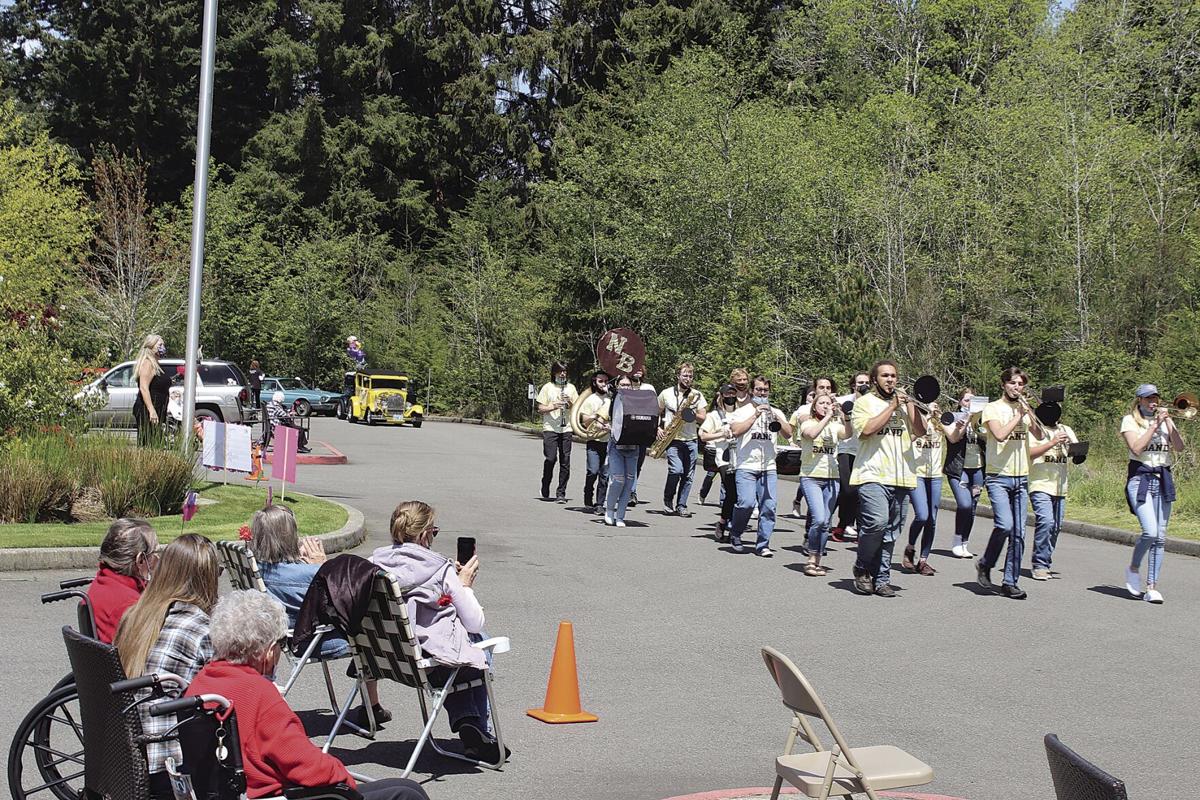 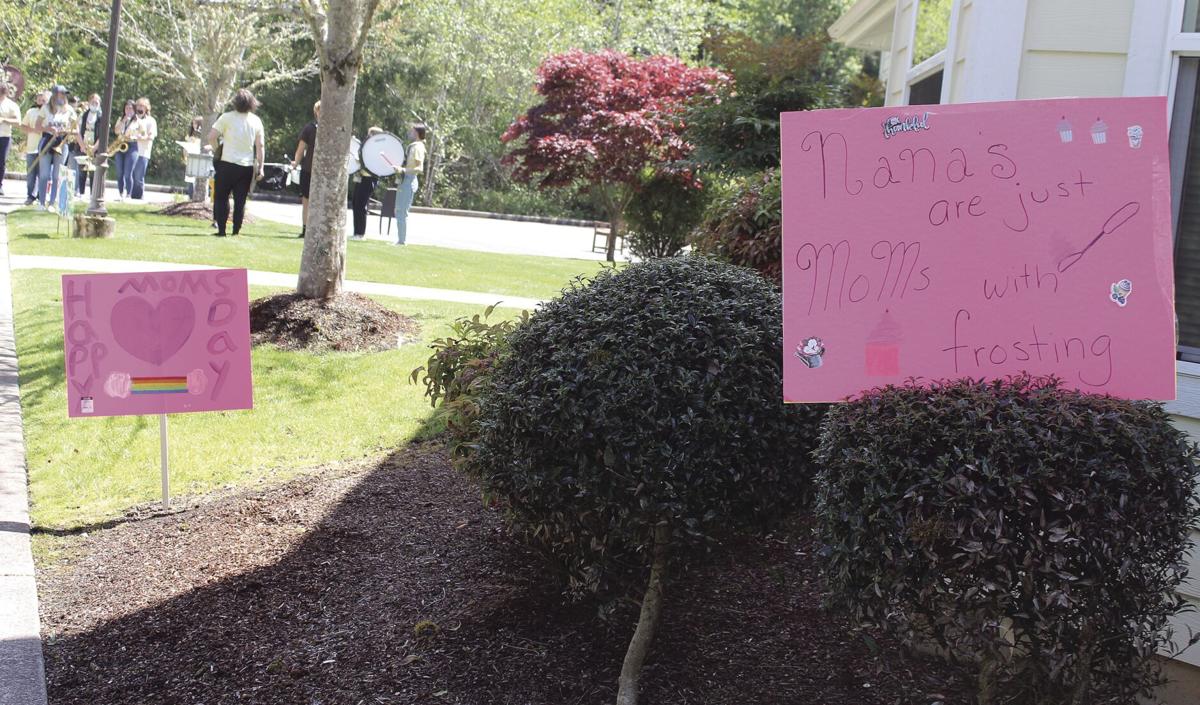 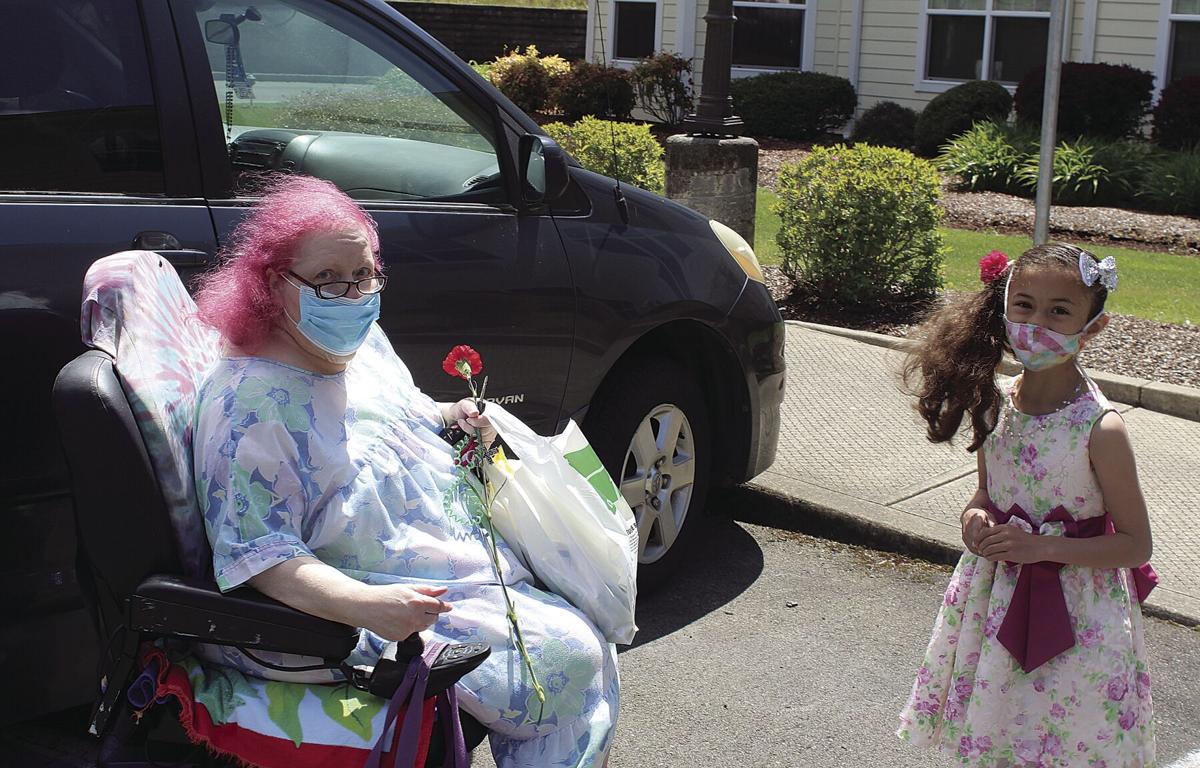 Ocean Ridge Assisted Living was covered in signs thinking the many moms who live there.

After being locked inside for 14 months due to COVID, the residents at Ocean Ridge Assisted Living received a welcome reprieve Friday during the second drive-by Mother’s Day parade.

Bonnie Hribar, marketing director for Ocean Ridge, said COVID forced Ocean Ridge to make a lot of changes, but the facility felt it was important to continue to honor moms.

The drive-by parade started last year and was such a success, it was brought back in 2021. There was one big difference, though. A year ago, just months in the COVID pandemic, most residents had to watch through the window without any loved ones nearby. Thanks to falling COVID cases in Coos County and vaccines, the 2021 parade was held with residents outside, many sitting with their children and grandchildren.

“Normally we have a Mother’s Day tea, and we have mothers and daughters,” Hribar said. We have 125 people and we can’t do that right now. This is just something to honor our mothers.”

The parade was led off by the Coos Bay Fire Department and followed by the North Bend High School band. Classic cars, motorcycles and decorated cars from family members of those living in Ocean Ridge followed. The parade made two full laps around the facility as residents, staff and friends watched.

Seven-year-old Issy Smith joined in the parade, although she has no family in Ocean Ridge. For Smith, many people living at the facility feel like family. Last year, as COVID began raging and forced assisted-living facilities to lock down, Smith began writing letters to residents of Ocean Ridge. She said Friday she had seven pen pals. On Friday, she brought carnations and handed them out to residents as they came outside to watch the parade.

“I just wanted to make people happy,” she said.

Wilma Emerich, who has lived at Ocean Ridge since 2010, had a special parade. During the second loop, her daughter, Tonya, stopped her car and ran and gave her mom a hug.

Emerich said seeing the community come out to honor the moms means a lot.

“It just shows us how the community feels about us,” she said. “We’re so grateful we have good people taking care of us. I know a lot of people going around are sons and daughters of people in here.”

Anne Soll, who will soon celebrate her 102nd birthday, has lived at Ocean Ridge for more than 10 years. A mother of three, she said the parade was special.

“It’s emotional,” she said. “I want to cry. I’ve already gotten my flowers from New York.”

Soll lived much of her life in New York and has a daughter in Coos Bay. Her son sent his Mother’s Day gifts early.

Soll said surviving COVID checks off another victory in her life.

“I survived World War II,” she said. “I survived Korea and Vietnam and now this.”

Two weeks ago, Ocean Ridge was able to open its doors to allow a limited number of guests. Soll said that is making a difference after 14 months that were very hard.

“It was really difficult,” she said. “They tried to keep you as happy as you could, but being inside and not eating in the dining room, it was hard. But it’s letting up.”

Soll, who was born in 1919 just after the Spanish Flu, said she is grateful for events like the parade, but she worries the COVID threat is not over.

“I have a feeling we have a long way to go,” she said. “I think they’re anticipating it too fast. We’re going to have some more highs and lows.”

While Friday was a high, she said a long life is a lot like the pandemic – you just have to persevere.

“You struggle as long and as best as you can and you make do,” she said.

Soll will spend Mother’s Day with her daughter, but she is expecting a lot of phone calls.