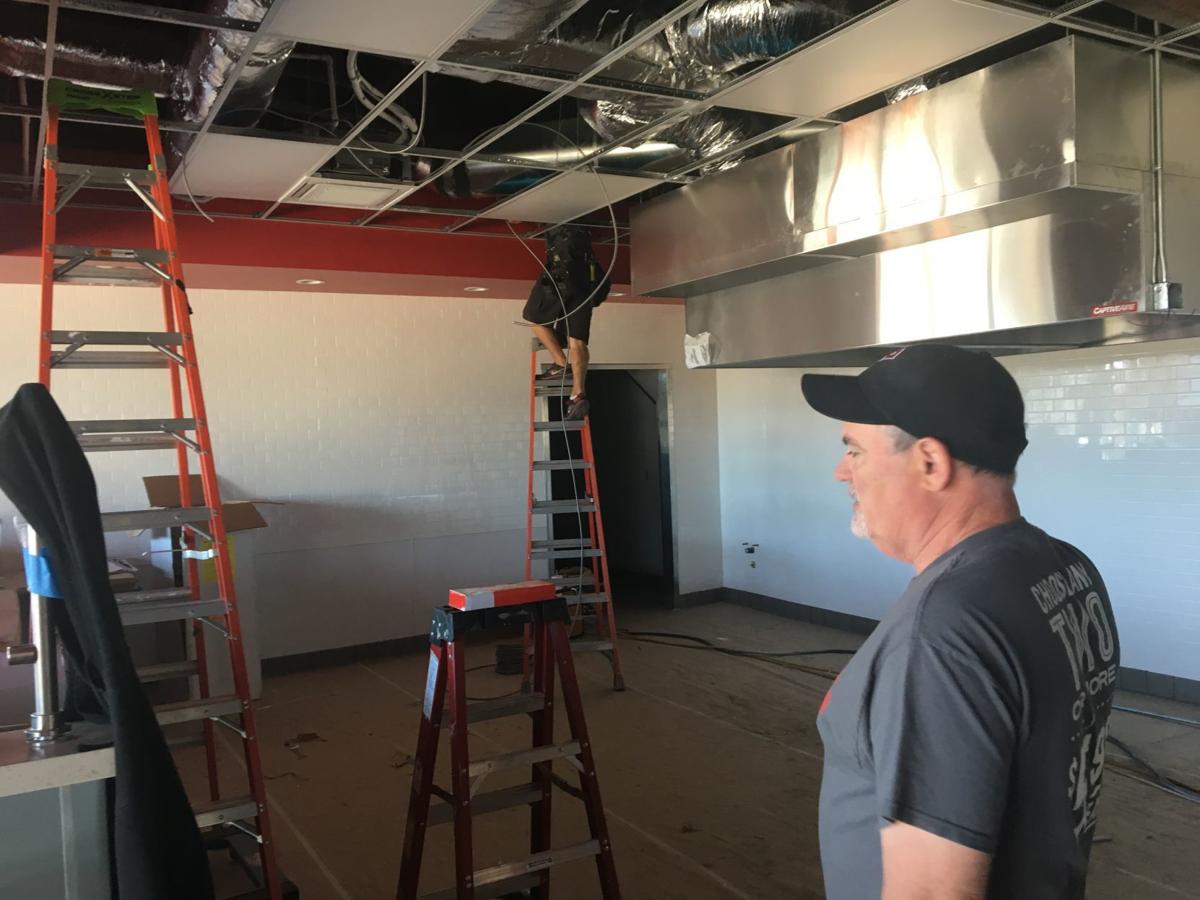 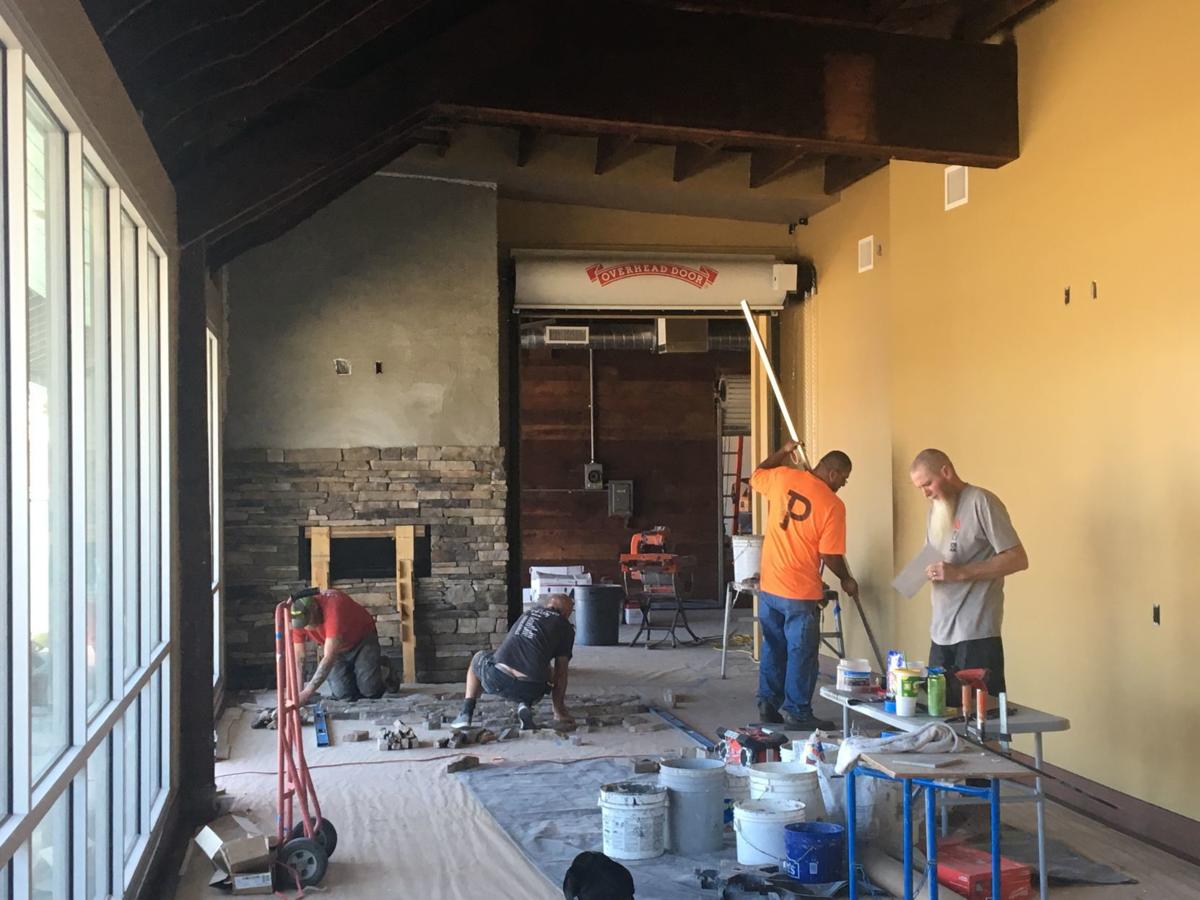 Construction crews work to renovate an old warehouse, that will soon open as a second Coos Bay Domino's location. 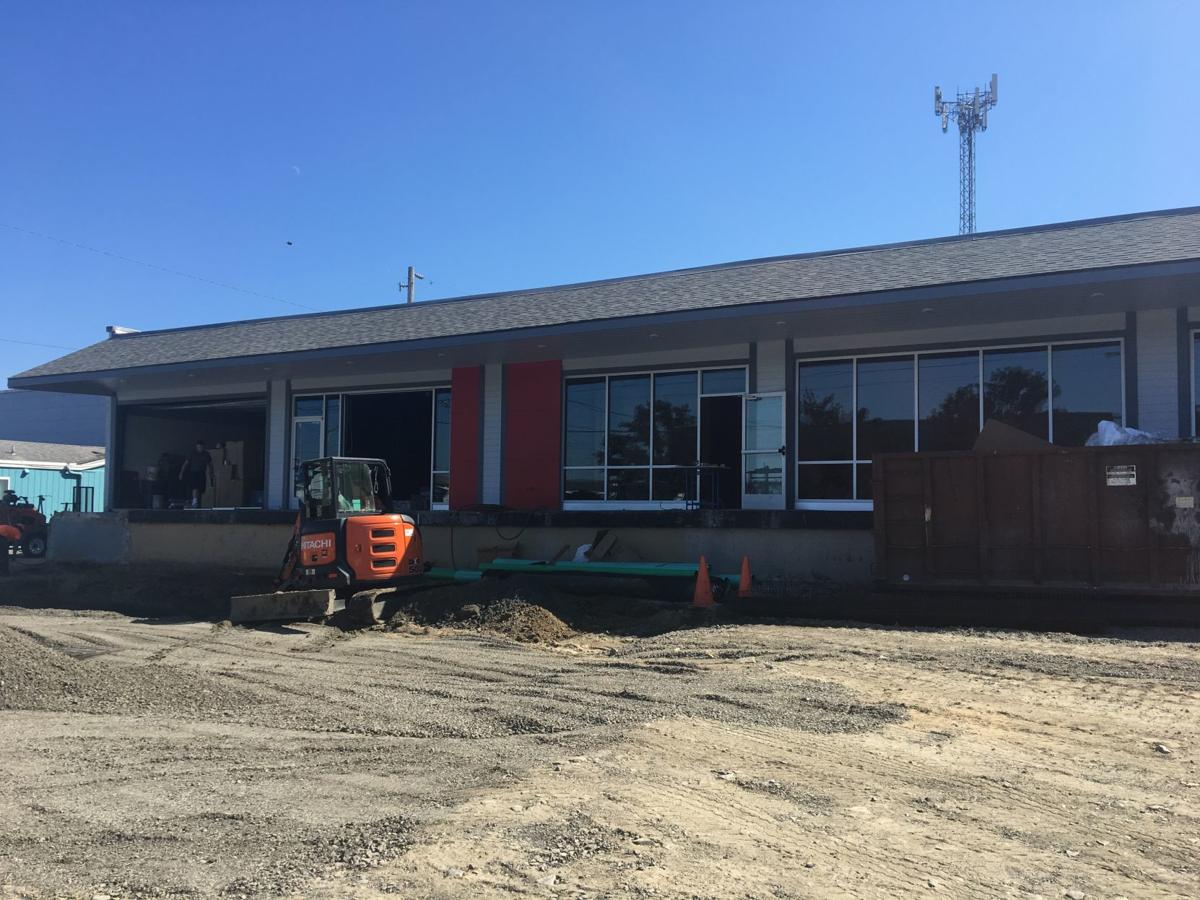 Local Domino's franchise owners Brenda and Jerry Hodges utilized the City of Coos Bay's Urban Renewal Facade grant program to receive a portion of the funding required to do the facade work to their new Domino's location.

Hodges said the new store will allow for the Domino's delivery area to expand out, and create a dine-in area at the new store.

Construction crews work to renovate an old warehouse, that will soon open as a second Coos Bay Domino's location.

“Once the new store opens up we’ll be able to provide delivery service to Eastside, Millington and parts of Englewood we don’t deliver to right now,” Hodges said.

The new Domino's will even include a community room with televisions and add a fireplace.

Quite a bit of work has gone into renovating the building in preparation to for the new store.

“It used to have warehouse doors, and now it’s all glass and doors like a business. The building was built in the 1940s so it has these huge wooden beams that make up the roof, and we’re leaving a lot of that exposed. That looks really neat,” Hodges said.

The decision to open up another store is a result of a high volume of customers at the Hodges’ first store.

“There other Domino’s is such a high volume store, it could really use some relief. So were building another store downtown to take away some of that volume,” Hodges said.

For months now, Hodges has been working to change the face of a warehouse into a pizza place.

“They’ve taken a former warehouse and have proposed a re-use of that and have gone through some substantial structural changes to the building,” Coos Bay City Manager Rodger Craddock said.

Hodges took advantage of the city’s Urban Renewal façade grant program, which has helped a number businesses in the Coos Bay and Empire URA districts with some financial assistance in renovating building facades.

“Urban Renewal is paying $25,000 to assist them with the façade,” Craddock said. “Since 2006, the city has had a facade grant program, and I want to say in excess of 20 buildings have utilized that to make substantial improvements to the look and feel of downtown.” Craddock said.

The city and the local Domino’s worked together earlier this year, when the franchise offered $10,000 to the city to fill potholes as part of a national Domino’s campaign.

BANDON - One way to start a health revolution in others is to first start with yourself.