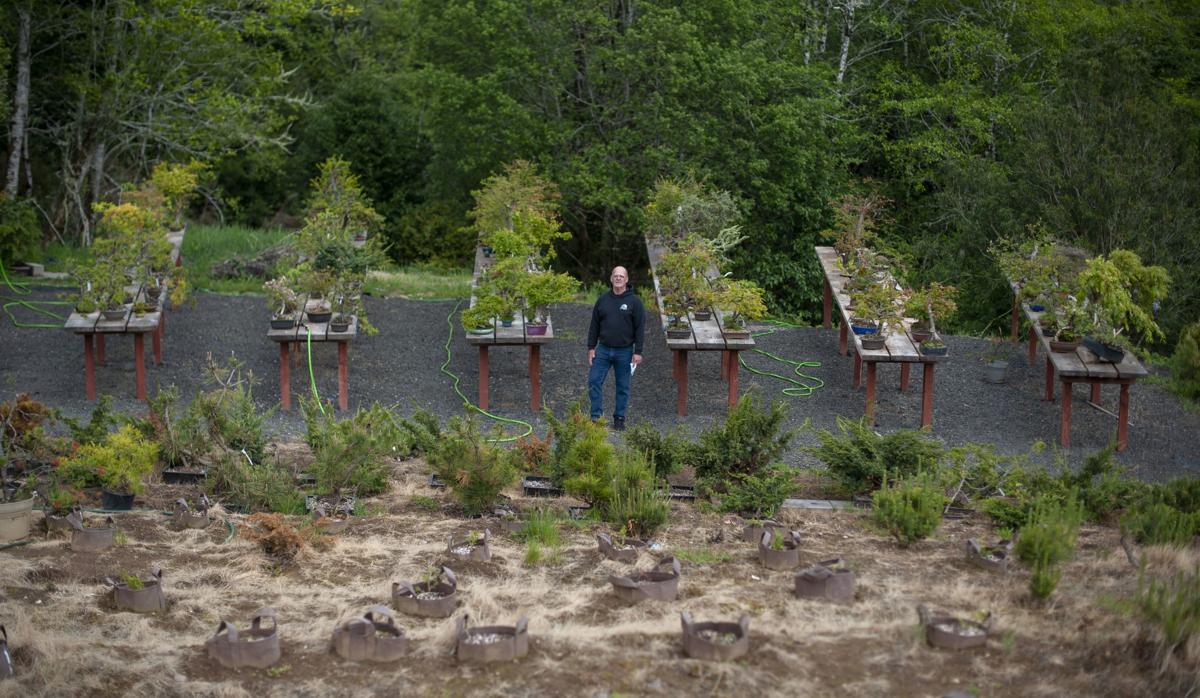 Tom Roberts stands Friday among some of the bonsai trees he's grown and trained over 14 years at his Driftwood Bonsai nursery near Bandon. 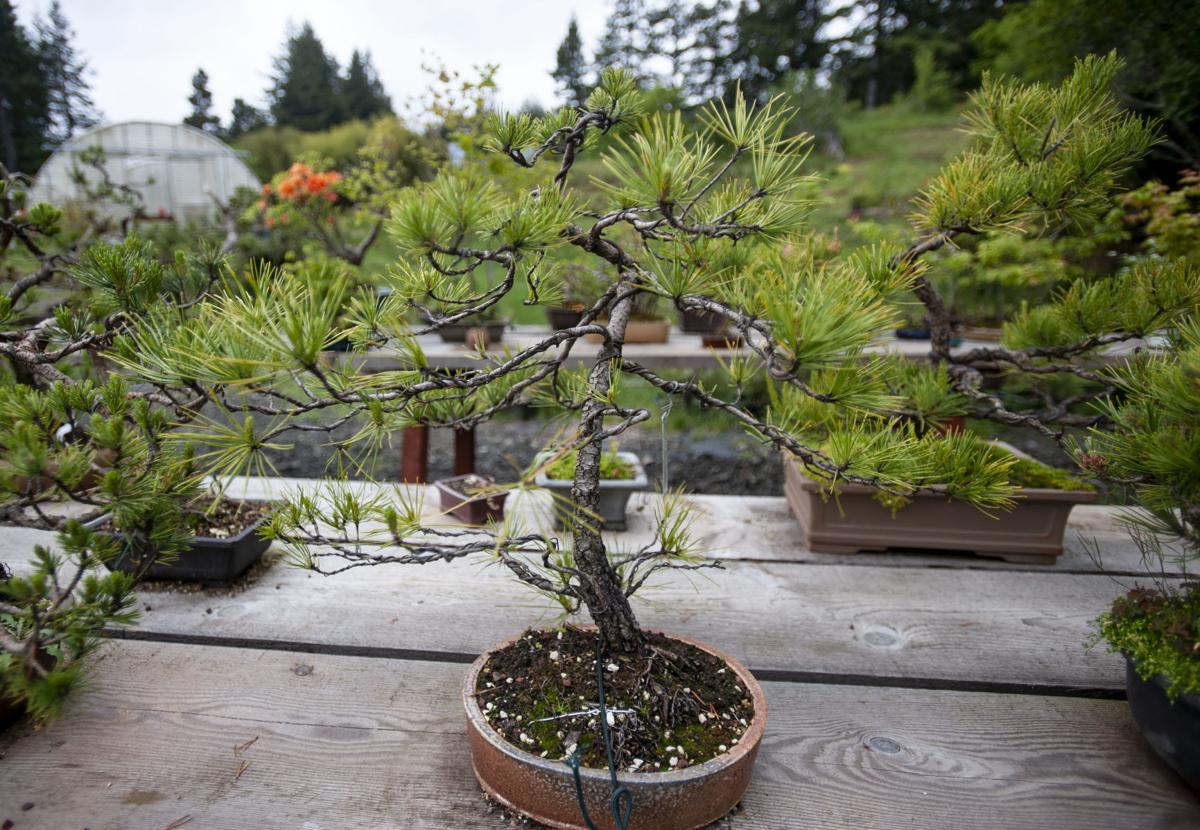 A shore pine bonsai tree at the Driftwood Bonsai nursery near Bandon. 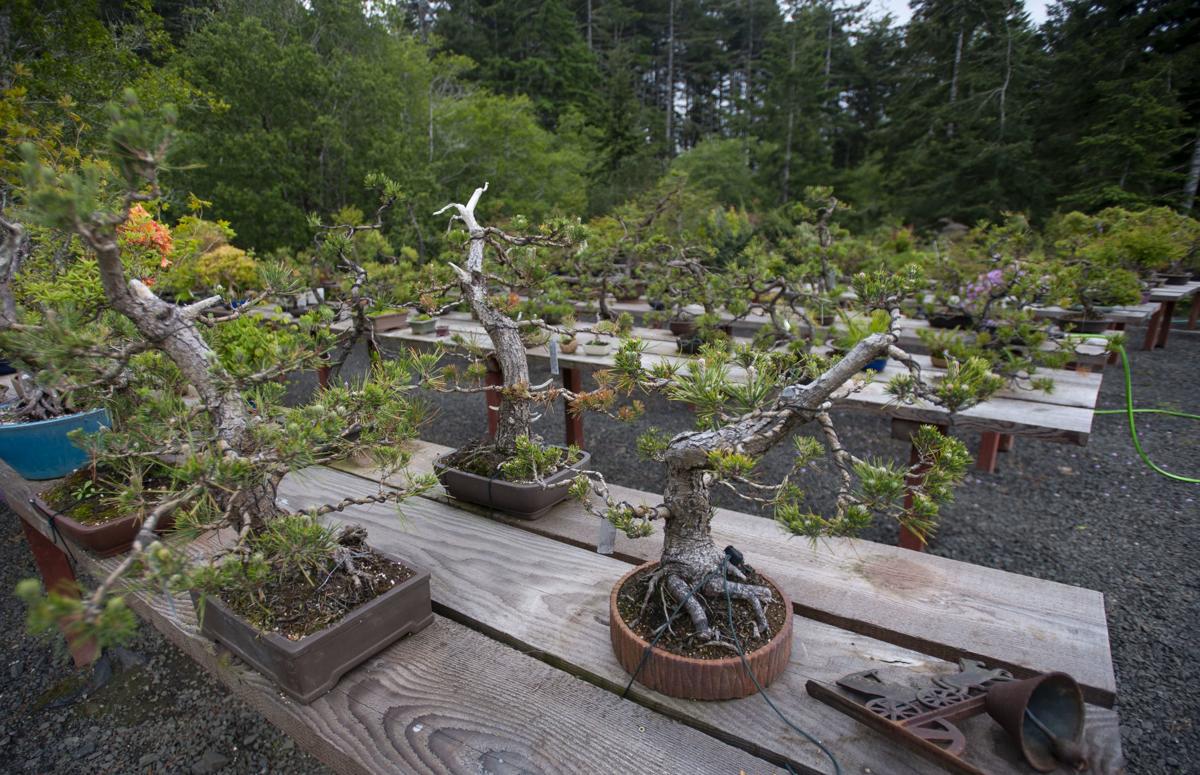 BANDON — For 14 years Tom Roberts has been growing and building his nursery Driftwood Bonsai, a five acre tree farm, in Coos County. A former executive chef, restaurant owner and culinary instructor at Oregon Coast Culinary Institute, Roberts turned his passion from cooking to growing trees and immersing himself in the world of bonsai.

“I just feel like we’re attracted to beauty and we all have an appreciation for different kinds of beauty,” said Roberts. “I’ve always been a nature person and this is the kind of beauty I appreciate.”

A shore pine bonsai tree at the Driftwood Bonsai nursery near Bandon.

Since being introduced to bonsai by longtime friend George Ahuna, Roberts has transformed his then vegetable garden to a plant nursery which now has thousands of trees varying in age and species including Western hemlock, Douglas fir, Shore pine, Sitka spruce and Vine maples.

“There are innumerable different kinds of trees that we can bonsai,” said Roberts. “There are traditional Japanese varieties which I grow many of them and like very much, but I think the real desire is to utilize your native trees which here we are particularly fortunate to have a lot of.”

With over 40 years in the culinary industry, Roberts, who graduated from The Culinary Institute of America in New York, said there are a lot of commonalities between cooking and horticulture.

“You’re taking raw ingredients and turning it into a prepared meal just like you’re taking a tree that has been grown in the ground transitioning it into a pot and manipulating it to look a certain way,” said Roberts. “It’s not at all that different.”

In bonsai, a careful attention to detail, patience and a host of gardening skills are needed to help navigate, shape and create different types of displays. For about four years, Roberts studied at Bonsai Mirai, an international school near Portland, under its founder Ryan Neil.

“I think Ryan is the best bonsai teacher in the world,” he said. “I would go to Portland many times a year to study and lean how to develop my trees at such a high level.”

Looking to share his knowledge, Roberts has also begun teaching classes and holding work study groups of his own at both his nursery and the Pony Village Mall in North Bend. The classes he said are a great way for those interested in bonsai to learn more about the craft as well as gain some valuable, hands-experience.

In the past, Roberts said he had a former apprentice become a fulltime intern and curator at the National Bonsai Museum in Washington D.C. As of now, he is currently working with a couple of students from Bandon, but is hoping to get more youth involved in continuing on the bonsai tradition.

In addition to hosting study groups, working on his nursery and mentoring, Roberts said he is also working toward creating a public bonsai display for visitors and community members in Coos County. The display he said would highlight local artists and act as a major tourist attraction for the South Coast.

Over the years, Roberts said he’s been given trees from fellow bonsai enthusiasts who have passed away and would like to honor them by including their trees in the display.

“I started planting the trees and building the nursery up for the past 14 years,” said Roberts. “While I’ve only officially been doing it full time for a little over a year now one of my goals is really to make the South Coast a hub for bonsai culture in the U.S.”

For more information on what bonsai varieties are currently available at Driftwood Bonsai or looking to join a class, visit its website at http://www.driftwoodbonsai.com/.

How much coffee trivia do you know?