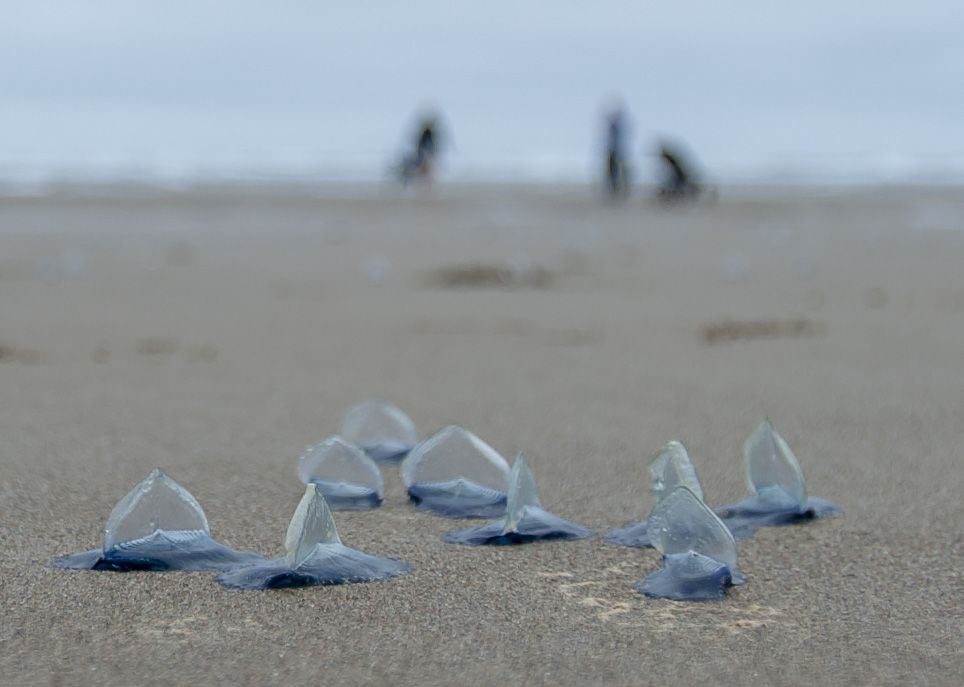 Hydrozoa known as by-the-wind sailors, and formally as Velella velella, sit stranded on Bastendorff Beach as the tide goes out Friday along Cape Arago. The frequent strandings known as blue tides are caused by heavy winds and are a normal late spring phenomenon on the Oregon Coast. 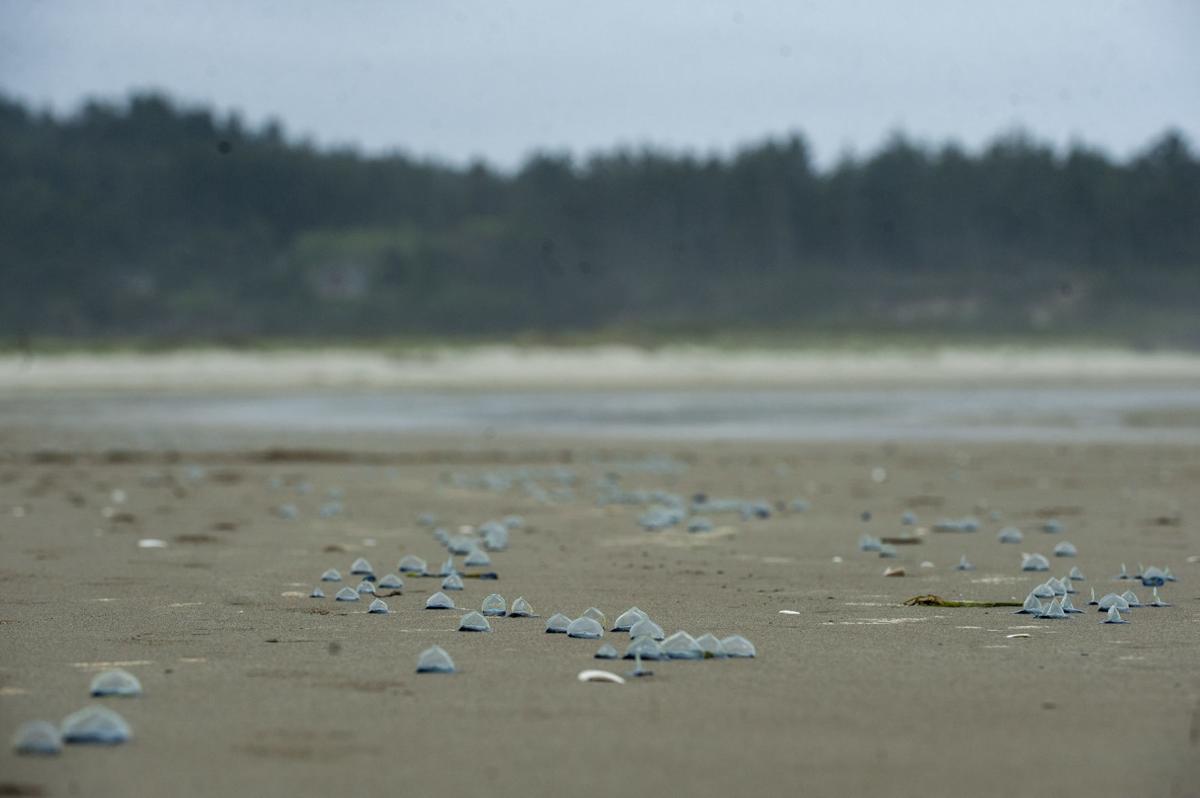 The bluish-purple jelly creatures blanket the beach when they wash onto shores this time of year. Over the next few weeks they could be a common occurrence on Oregon beaches.

Quickly after washing up onto the beach, the Velella dry out and turn translucent, leaving behind an odor and what some people occasionally mistake for pieces of plastic.

These organisms use clear, triangular sails to travel across the surface of the ocean. Because they use the ocean breezes to get around, the common name of these gelatinous creatures is "by-the-wind sailors."

Heavier winds during the spring and summer months sometimes cause these mass strandings of Velella. During such conditions, it isn’t uncommon to see miles and miles of Oregon beach carpeted with the stinking heaps of decaying Velella.

Velella velella were originally classified as a jelly, but researchers have since recognized the creature as a unique species of Hydrozoan, a class of predatory salt water animals. They range in size from a few millimeters across to seven centimeters.

MYRTLE POINT — A man was arrested Sunday after stealing a vehicle.