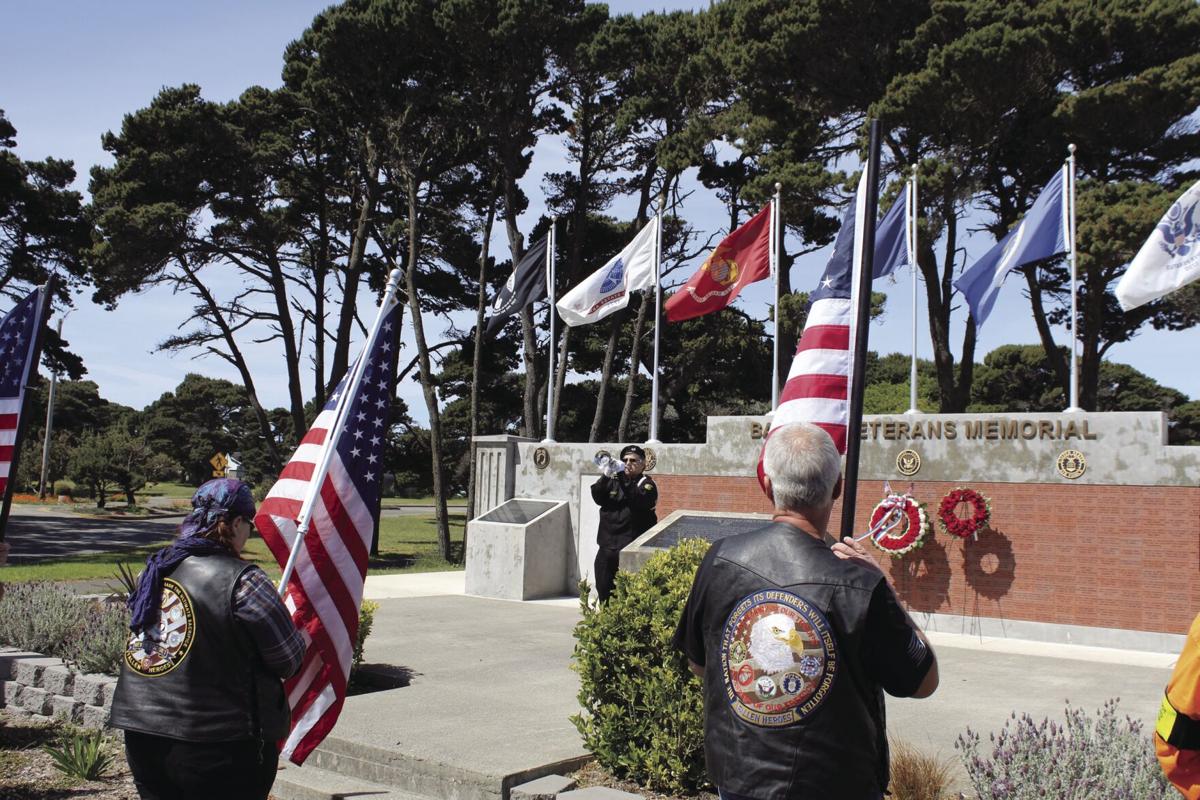 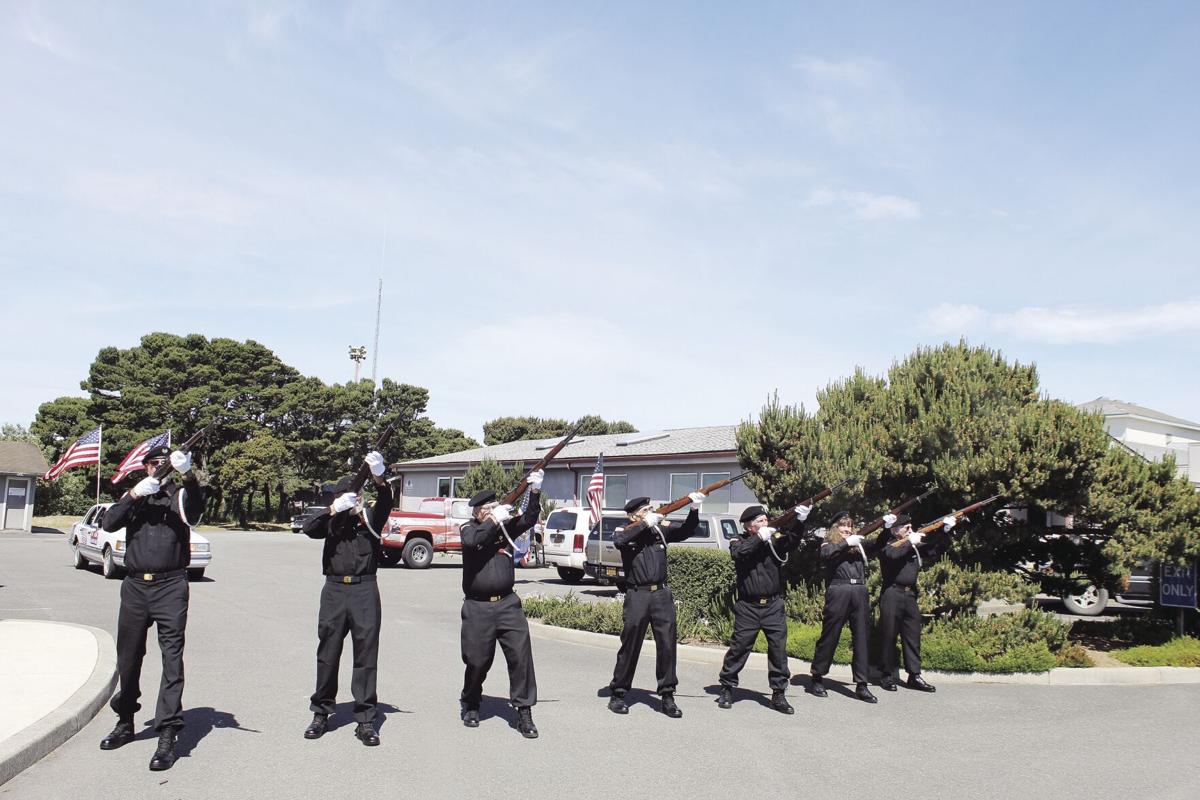 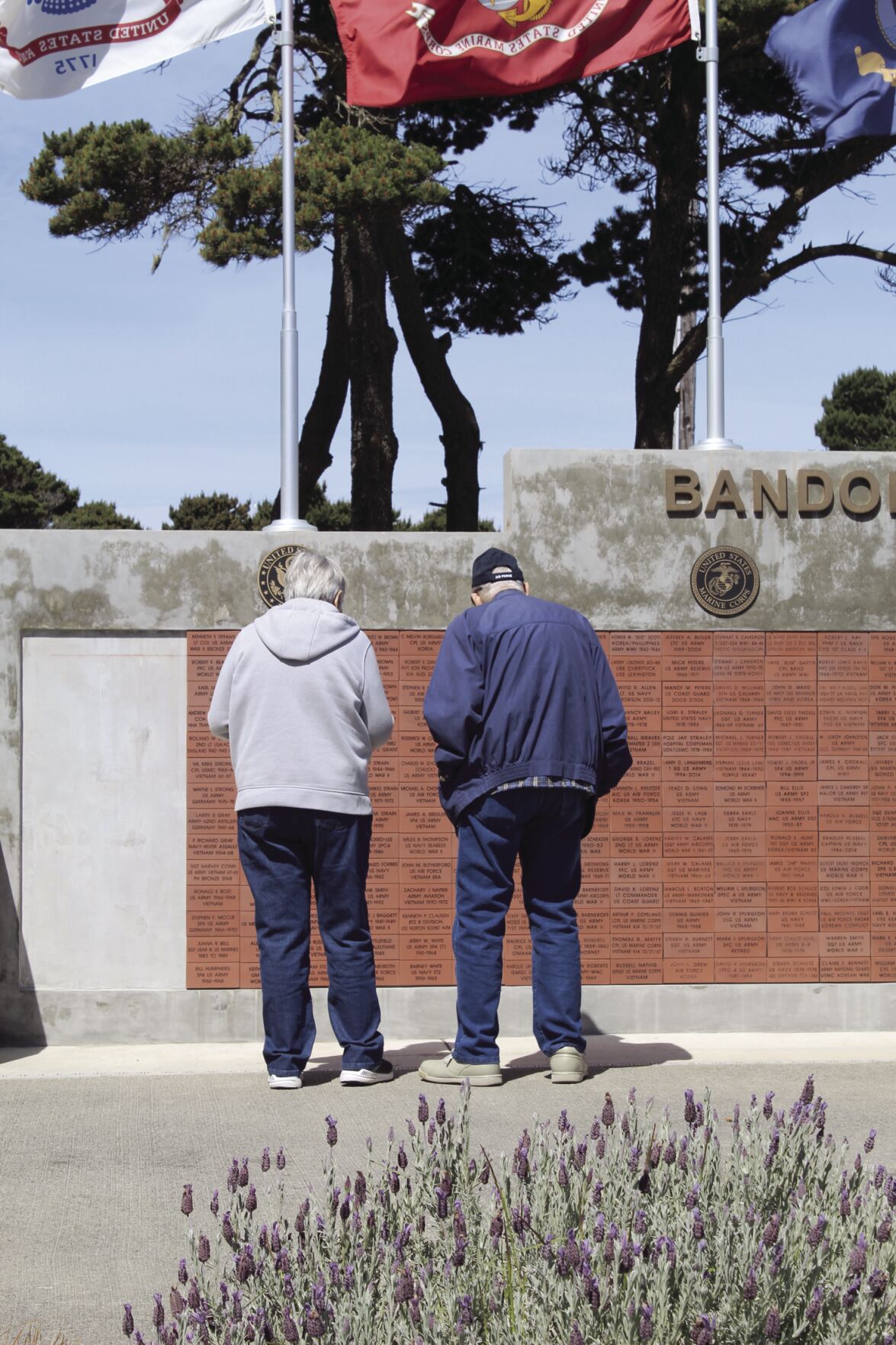 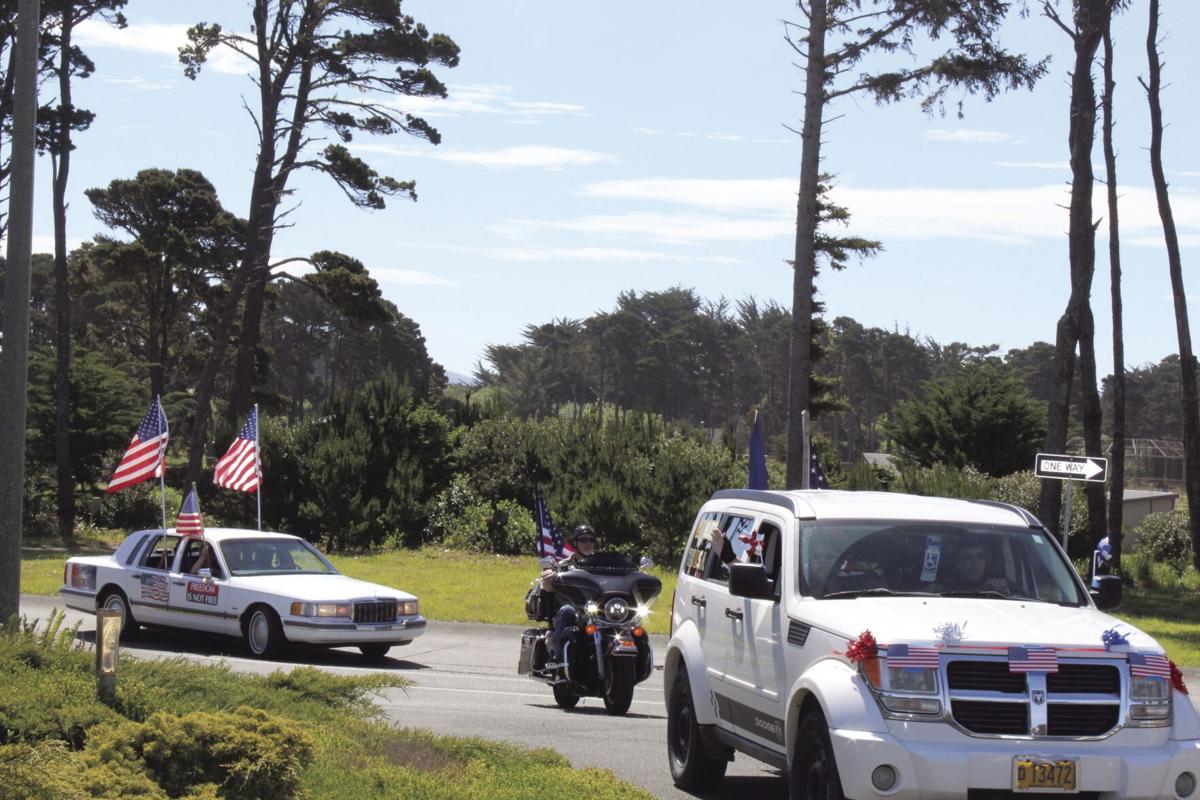 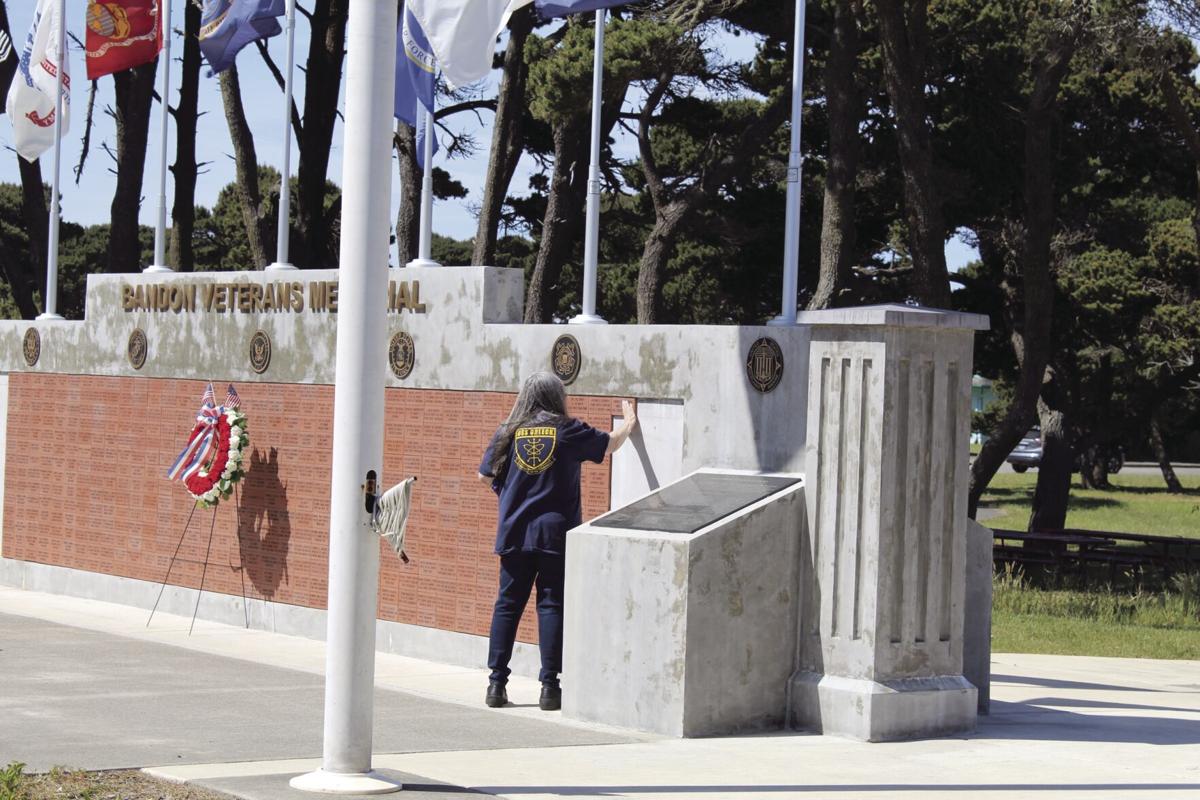 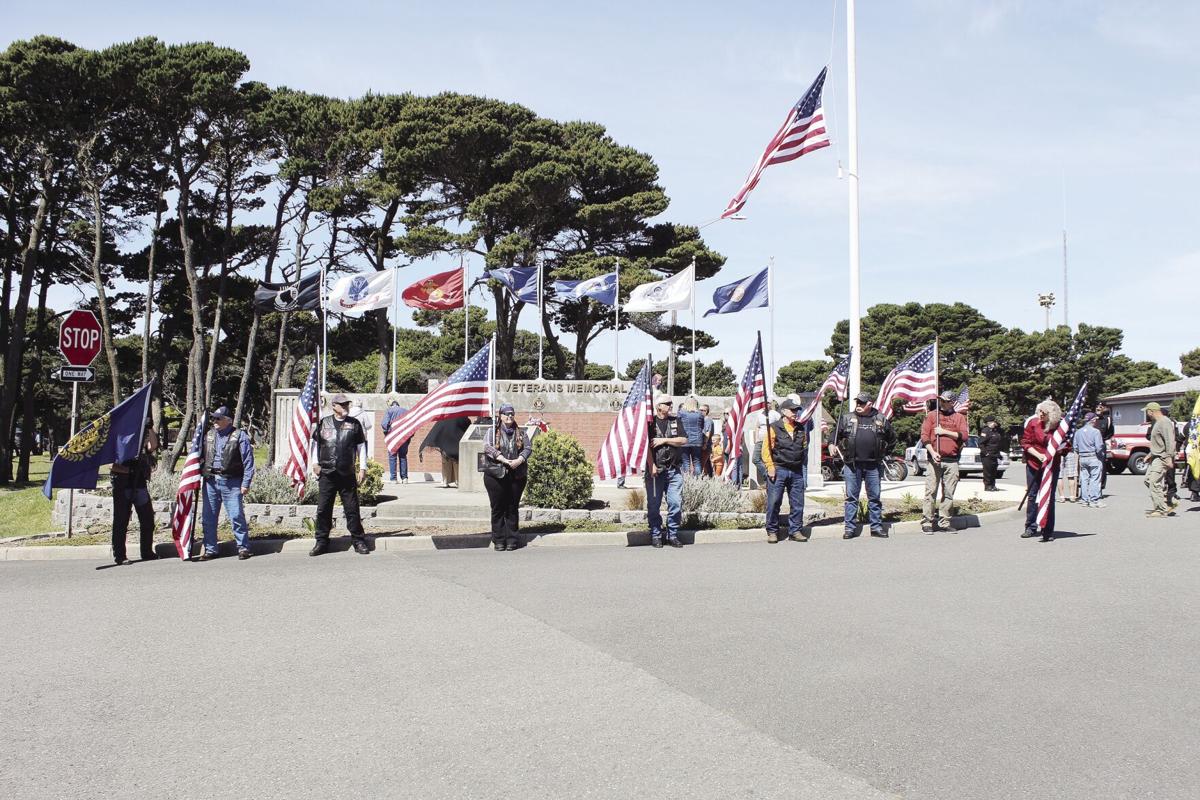 Bandon honored those who gave their lives in service to our country with a short but moving ceremony Monday.

On Memorial Day, members of the Bandon Veterans Honor Guard and the Patriot Riders led a parade of vehicles around the city, almost all flying American flags.

The parade ended at the veterans memorial in city park, where the honor guard celebrated the men who gave their all with a 21-gun salute in front of a crowd of more than 50 people.

"We're standing on front of our veterans' wall," said Capt. Gary Sands with the honor guard. "But the black one over there, that is the one for people who died in action. Memorial Day is more than just barbecues and parties. It's to remember our fallen soldiers and sailors all over the world."

The black memorial in front of the veterans' wall in Bandon includes the names of 24 people who died in action while serving the United States. Twenty of those died in World War II, two in Korea and two in Vietnam.

On March 8, 1968, PFC Terry Allen Williams became on the 24 when he was killed in action in Vietnam.

According to a posting by the Oregon Vietnam Casualty, Williams grew up on Two Mile Road in Bandon and was the son of Joe and Olive Williams. He had a sister and two brothers and married shortly before enlisting in the Marine Corps. He died at age 21 in Quang Tri, Vietnam and is buried in Bandon.

According to Geneologytrails.com, 30 men from Coos County died in the war in Vietnam. Along with Williams, Terry Lee Sumerlin from Bandon was also killed in action. Ten men from Coos Bay was killed in the war, four from North Bend, four from Coquille, five from Myrtle Point, two from Powers and one from Charleston and Lakeside.

During the ceremony in Bandon, Nan Sands honored those who gave their all by playing Taps.

Sands served in the U.S. Air Force, where she served in logistics writing war plans for a possible war with Russia.

On Monday, that's what the Bandon Veterans Honor Guard, the Patriot Riders and dozens of community members did.

Bandon was a beehive of activity over the long weekend as tourists and locals flocked to events and prepared for others.