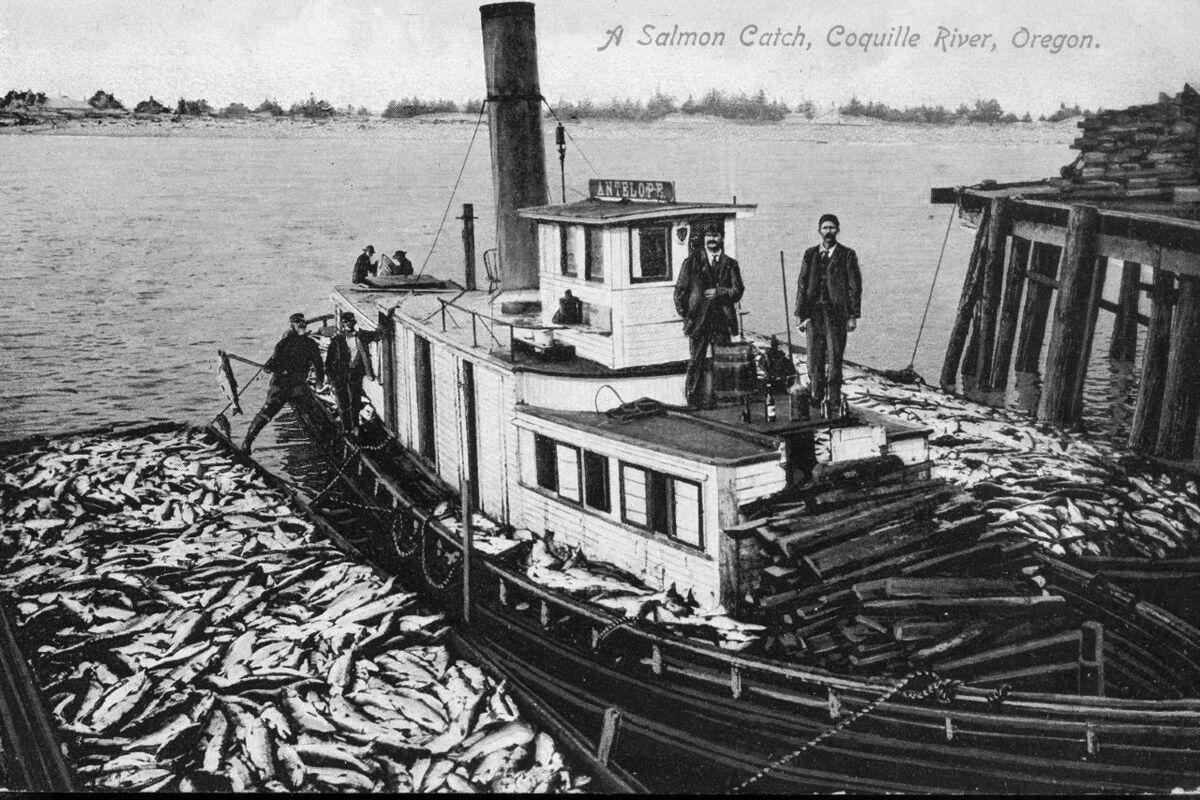 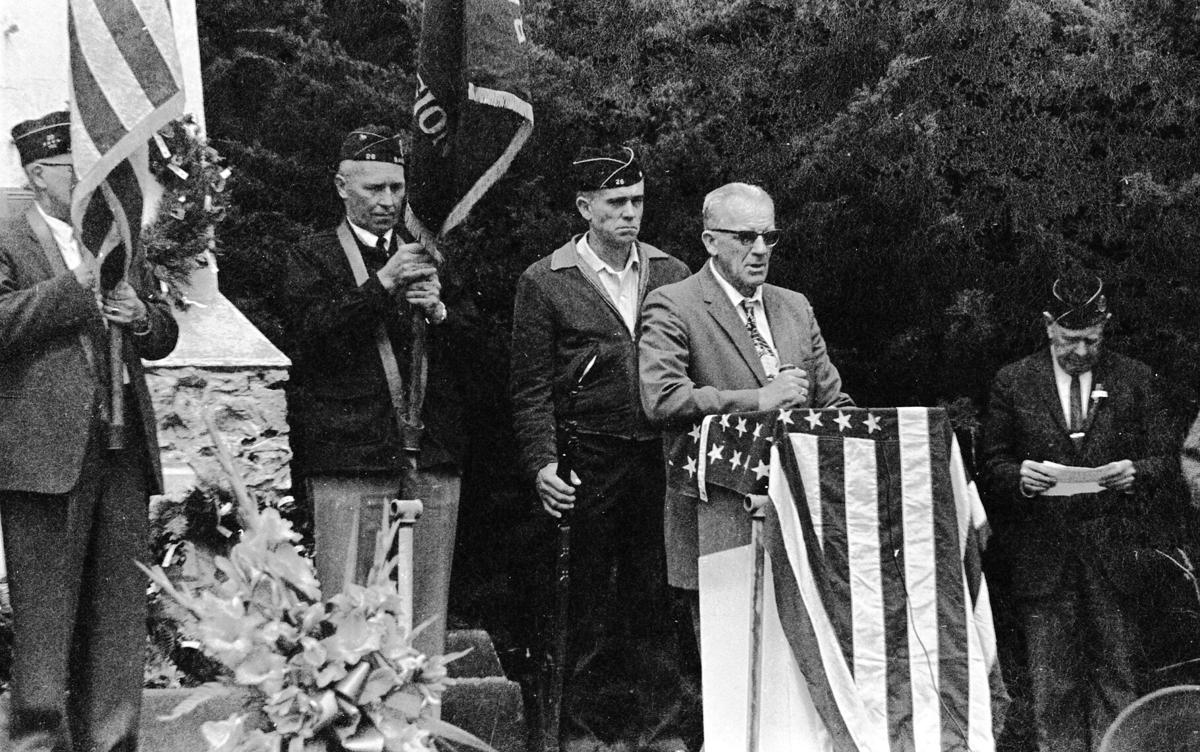 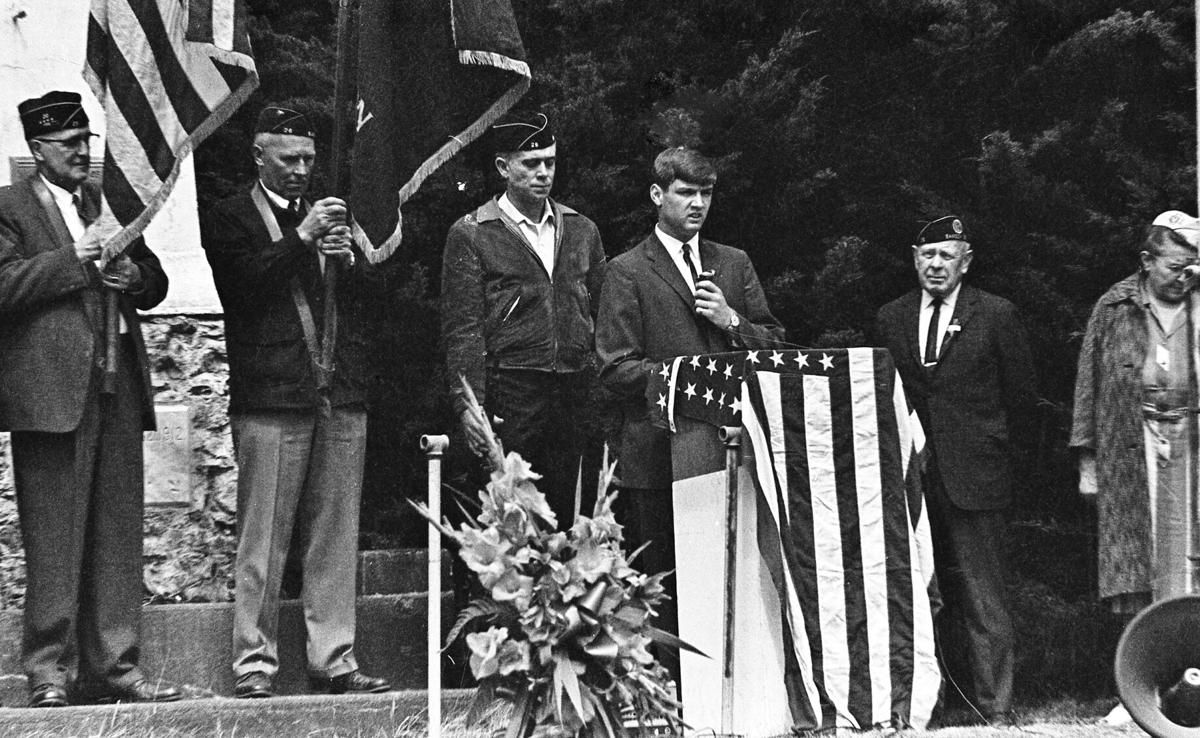 At a Memorial Day service at the GAR Cemetery in 1966, Robert A. MacWhorter addresses a crowd of about 100 people.

At a Memorial Day service at the GAR Cemetery in 1966, Robert A. MacWhorter addresses a crowd of about 100 people.

The first picture I am sharing this week was definitely from the "good ole' days," which, sadly, we will probably never see again. It is the fishing boat Antelope with a huge load of salmon, caught on the Coquille River.

The story I am sharing to go along with this picture is titled "Salmon crisis on the Coquille River," and was written by my long-time friend Reg Pullen. Because of its length, I've edited it, but will make sure it is published in other venues so people can read the entire thing.

"Shocking news was received in May from the ODFW ... the Coquille River will be completely closed to all salmon fishing in 2021. While it should not have come as any surprise, given the continued tightening of regulations on the Coquille River in recent years, it did create a sense of outrage among the fishing community. Fall salmon fishing .... has been a family tradition my entire life, and many anglers plan their year around this special event. The economic impact of losing this fishery will be considerable, impacting restaurants, tackle shops, motels, marinas, parks, guides and service stations.

"The reasons for the closure are clear enough. A wild Chinook salmon run that averaged around 14,300 fish over the last 30 years declined to 498 fish in 2019 and 275 fish in 2019, and then rebounded slightly to 879 fish in 2020. The minimum return that would not trigger reduced fishing opportunity is 2,833 fish, which does not seem attainable at any time.

"The dramatic decline in Chinook salmon abundance includes a number of factors. Ocean productivity is at an all time low, perhaps accelerated by climate change. River productivity is also at an all time low, for a number of reasons. Summer river temperatures from Powers to Rocky Point are now above 75 degrees, considered to be lethal for downstream migrating smolts. The river has turned into a cesspool with extremely high fecal coliform levels, due in part to failing sewage treatment plants for some communities along the river, and organic farming practices, where cow manure is sprayed onto fields as fertilizer, and then leaches back into the river.

"Sadly, less than 50 percent of the riparian vegetation along the river is still in good condition. Recently, the city of Coquille denuded several hundred feet of riparian habitat in Sturdivant Park, habitat that had originally been planted as mitigation for previous actions by the city.

"One of the biggest problems for salmon on the river is the increasing abundance of striped bass, smallmouth bass and largemouth bass. The same poor water conditions that may be dooming salmon smolts is allowing all the bass species to explode in population and creates a lethal gauntlet for smolts migrating downstream."

Pullen goes on to say that little effort has gone into rebuilding the faltering hatchery program, which at one time held so much promise. I will talk more about that in next week's column.

The second picture was taken during a Memorial Day service at the GAR Cemetery in 1966, with Robert A. MacWhorter (at flag-draped speakers stand) addressing the crowd of about 100 people.

Referring to the much-publicized handfuls of picketing demonstrators spotted across the country in protest of the nation's military policies, MacWhorter, who held a civilian rank equivalent to that of brigadier general when serving as a United States military governor in Germany immediately following World War II, said those protestors are answered in the ringing truths of Lincoln's first Memorial Day address.

The third photo features BHS student Mike Mauzey, as he recites Lincoln's Gettysburg Address, which starts "Fourscore and seven years ago our fathers brought forth on this continent a new nation, conceived in liberty, and dedicated to the proposition that all men are created equal ... and ends "It is rather for us to be here dedicated to the great task remaining before us - that from those honored dead we take increased devotion to that cause for which they gave the last full measure of devotion; that we here highly resolve that these dead shall not have died in vain; that this nation under God, shall have a new birth of freedom; and that government of the people, by the people, for the people, shall not perish from the earth."

I was so sorry to learn that long-time Bandon businessman, Ken Butler, had died July 6. Ken and his sons started the Prowler Charter business at the port, with able assistance from his wife, Phyllis. Ken was a member of the Bandon High School Class of 1959, and when his sons got old enough to become star wrestlers, he was a mainstay in assisting Coach Mickey Hurley with the program.

I haven't seen an obituary yet, but I do know that they are planning a celebration of life for Ken on Saturday, July 31. Sadly, Ken had suffered from dementia the last few years. My heart goes out to Phyllis and the family.

I saw on Facebook this week, and also received a neat note from their son Rick, that Bud and Betty Gearhart, longtime residents of the Four Mile area of Bandon, had celebrated their 72nd wedding anniversary on July 7.

Both of them worked for Rogge Lumber in Bandon for many years. They moved to the Coos Bay area around 20 years ago, and are still very active, walking one to two miles most days.

I also remember their beautiful home, which sat on the east side of Highway 101 between Upper and Lower Four Mile, and had a large light display every Christmas.

I talked with their daughter, Sandra Gearhart Merritt, a few years ago at the theater in North Bend.

I saw a big headline in the March 4, 1981, Western World quoting the newly elected mayor Ray Kelley predicting there would be 5,000 people in Bandon by 1990 .... and he was talking about inside the city limits. There have been many population predictions over the years, that have yet to be realized. The latest Portland State certified population figure for Bandon is 3,225 as of July 1, 2020, up from 3,100 in 2012.

It is important to remember that over the years, as families moved away to find work, retired singles or couples moved to town. Today, it is not unusual for homes to be vacant part of the year because they are vacation rental dwellings and not long-term rentals or family homes. That is a topic for another day.

People keep asking me what is happening with Keiser's Bandon Beach Motel, slated to replace the existing motel on Coquille Point. The council approved the plan review several months ago, but it has once again been appealed to LUBA, this time by local resident Nancy Evans.

I hear from more and more people who read my column in Friday's World. This week I received a call from Jerry Phillips, a retired forester with the Oregon Department of Forestry, who told me how much he enjoyed my story about Tanglewood, which he and his wife used to frequent. Jerry is now 94 years old.  He thought I wouldn't remember him, but I did, as during my 45-plus year newspaper career I came in contact with a lot of neat people, and he was one of them.