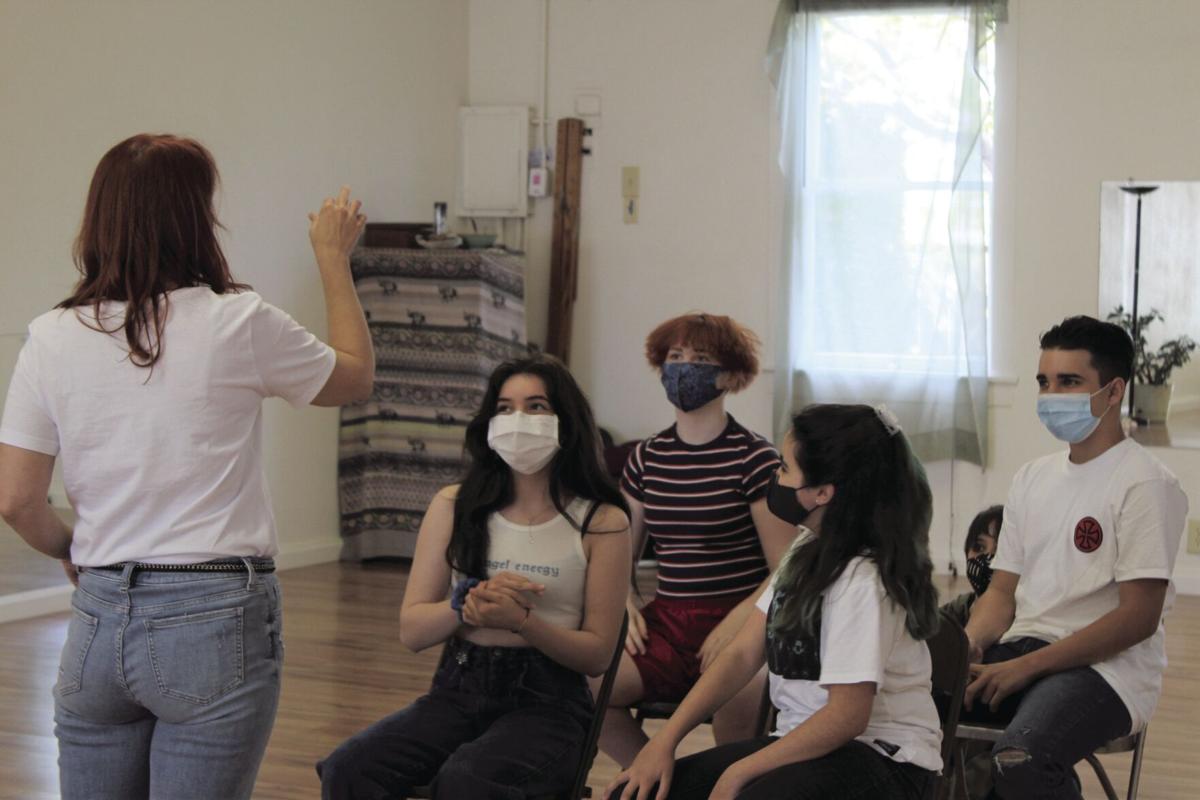 Desireé Glenn Gaoiranleads students in an acting exercise at Acting Up for Kids and Teens in Coos Bay. 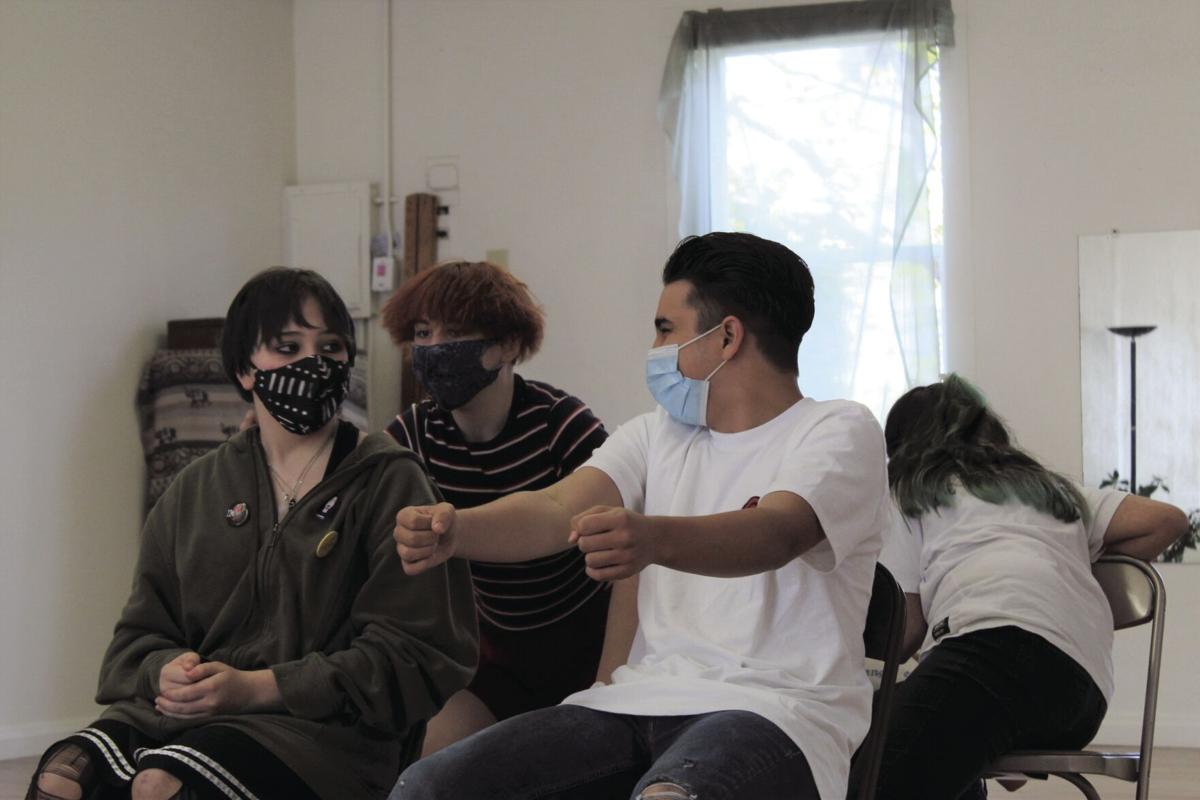 Students participate in an exercise, acting out a scene in a car. 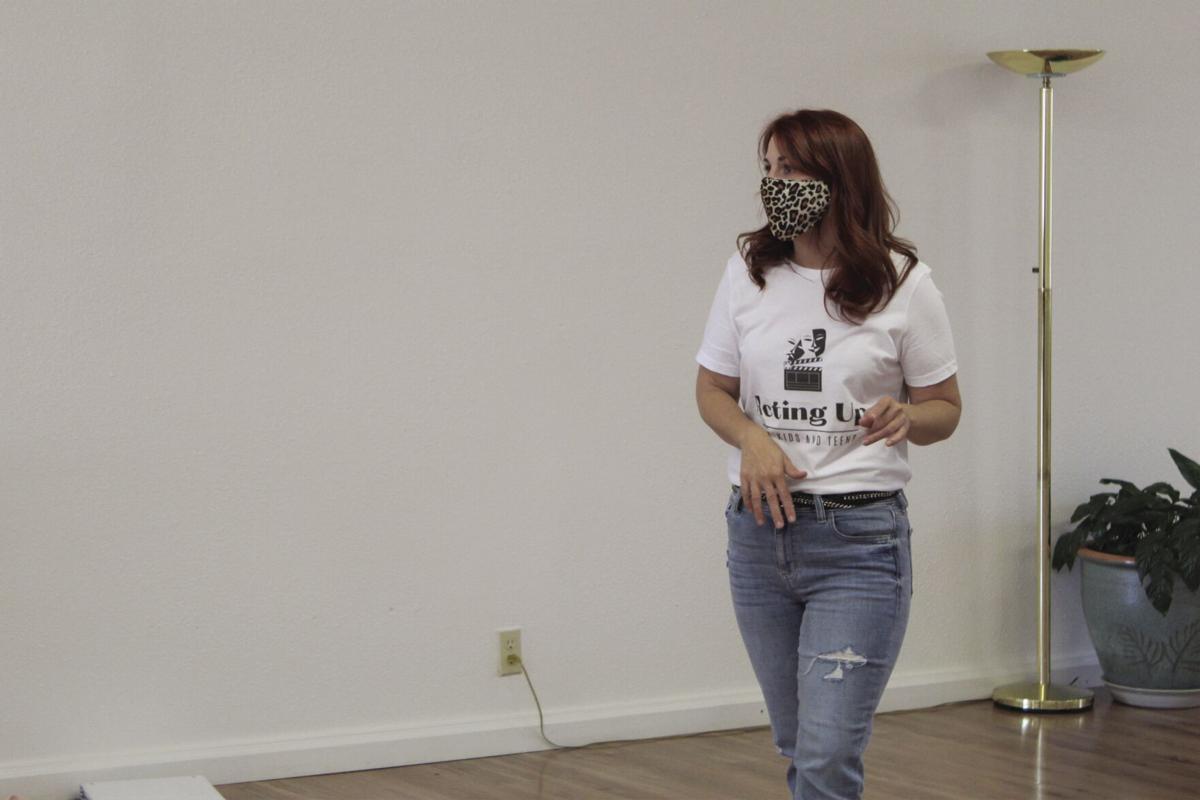 Desireé Glenn Gaoiran used to work for The Legend radio, and formerly taught at the Lighthouse School. Now, she’s using her experience to teach students acting skills and emotional intelligence with her new business.

Desireé Glenn Gaoiranleads students in an acting exercise at Acting Up for Kids and Teens in Coos Bay.

Students participate in an exercise, acting out a scene in a car.

Desireé Glenn Gaoiran used to work for The Legend radio, and formerly taught at the Lighthouse School. Now, she’s using her experience to teach students acting skills and emotional intelligence with her new business.

Acting has always been a part of Desireé Glenn Gaoiran’s dreams.

Now, she’s hoping her new venture can fill a gap in youth activities she felt growing up.

“This isn’t just an acting class,” Glenn Gaoiran said. “I’m working with these kids on not just audition etiquette, but etiquette in general.”

Her twice-weekly classes, called Acting Up for Kids and Teens, bring kids and teenagers together for acting exercises, short lectures and confidence workshops. For now, classes meet in the Mossy Lotus yoga studio, until Glenn Gaoiran can move into a more permanent space.

She held her first class in Mingus Park in October to gauge interest. In January she moved into the studio, and soon shifted from once-a-week classes to twice-weekly ones.

“I’ve been working with this amazing group of kids that have flourished in ways I wouldn’t have imagined,” Glenn Gaoiran said.

The classes are a mix of Glenn Gaoiran’s life experiences, she said.

For one thing, they started as a result of the pandemic.

Glenn Gaoiran had been working full time as a radio personality at The Legend radio station in Coos Bay. But when the pandemic hit, she, like so many others, got laid off.

“After I dug up my front yard and made all the bread and stuff, I said, ‘Well what am I going to do?’” Glenn Gaoiran remembered. “When COVID happened and I got laid off, I started to feel like I needed to offer people things.”

The thing she wanted to offer was her acting experience, and her story.

Glenn Gaoiran was raised in Myrtle Point. She still keeps in touch with her high school drama teacher, who she says set her on her path.

Growing up in the small community, Glenn Gaoiran says her options should have been limited. But her mother, living with cerebral palsy, taught her something else.

“She instilled in me, you can be anything you want to be,” she said.

Glenn Gaoiran’s dreams of becoming an actress shifted with the birth of her son right after graduating high school.

Still, she found other ways to fulfill her dreams, eventually getting a part in a play in Portland. She got other acting gigs, too, in films like “Asylum of Terror: Volume 1” and “The Suicide Pact.”

She was commuting back and forth from Coos County to Portland for the work, wanting to give her two kids a level of stability she wouldn’t be able to living in Portland as an actress full time. The plan at the time was to move after she got an associate’s degree.

But soon she felt compelled to stay in Coos Bay to keep that level of stability for her kids.

So, she kept finding outlets for her skills within the community: Working in radio, narrating audiobooks and teaching drama for a year at the Lighthouse School.

“While I was there at Lighthouse, I saw this really big need,” Glenn Gaoiran said. “The first thing I noticed was that they were all scared of acting.”

Glenn Gaoiran said the students she met were trained to memorize lines and scripts, but lacked a key element of acting: Confidence.

“To be an actor you’ve really got to know yourself and dig deep into who you are,” she said.

For example, she’s currently helping students get started with a gratitude journal, an exercise in identifying and appreciating things in life to be grateful for. She’s had students work on identifying what they appreciate about themselves, too.

Above all, Glenn Gaoiran says she’s trying to connect with each of her students and offer them a space to “flourish.”

“I just have a feeling that everybody needs to be seen and know that they matter,” Glenn Gaoiran said. “That’s the way I can make my difference right now.”

Classes currently meet on Tuesdays and Saturdays, and cost $25 a piece. Multiple-class punch cards are available for a per-class discount, and Glenn Gaoiran said she hopes to reduce the cost as her business grows. More information’s available online at actingupforkidsandteens.com.