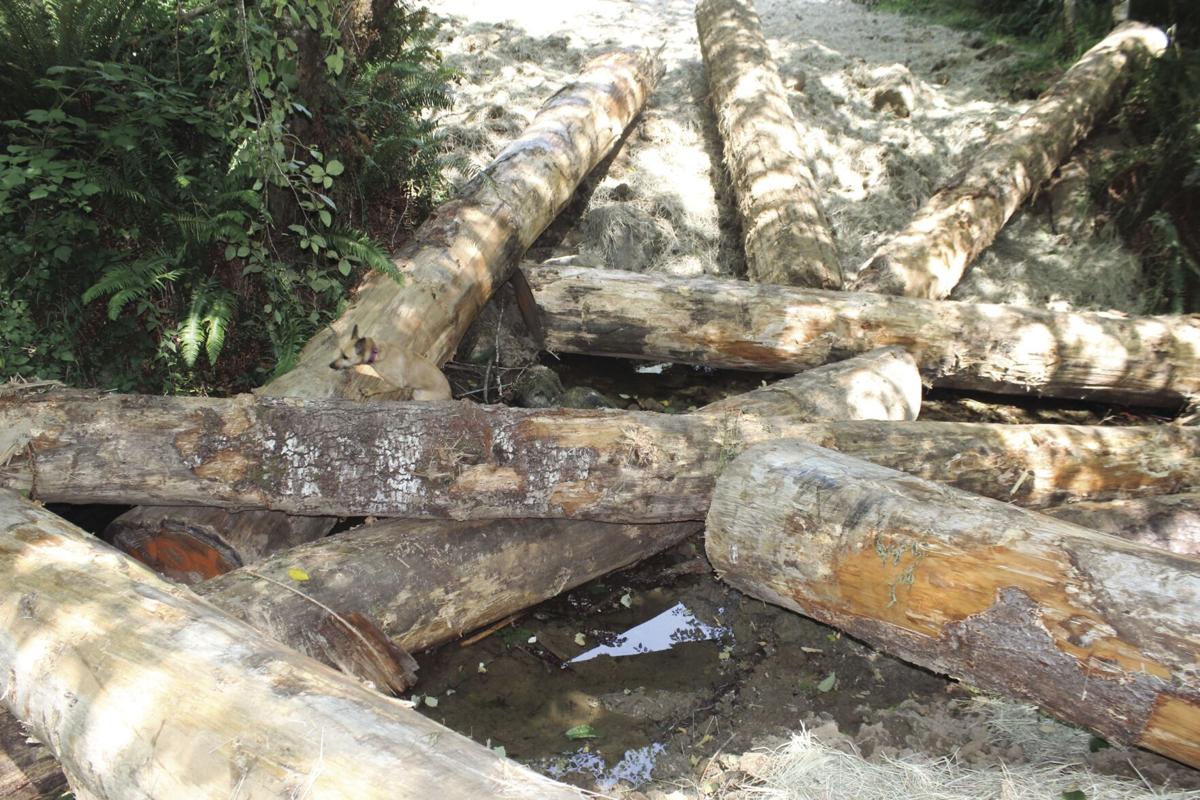 A variety of logs placed in Woodward Creek will provide a safe place for juvenile fish to hide and eat during high-flow events. 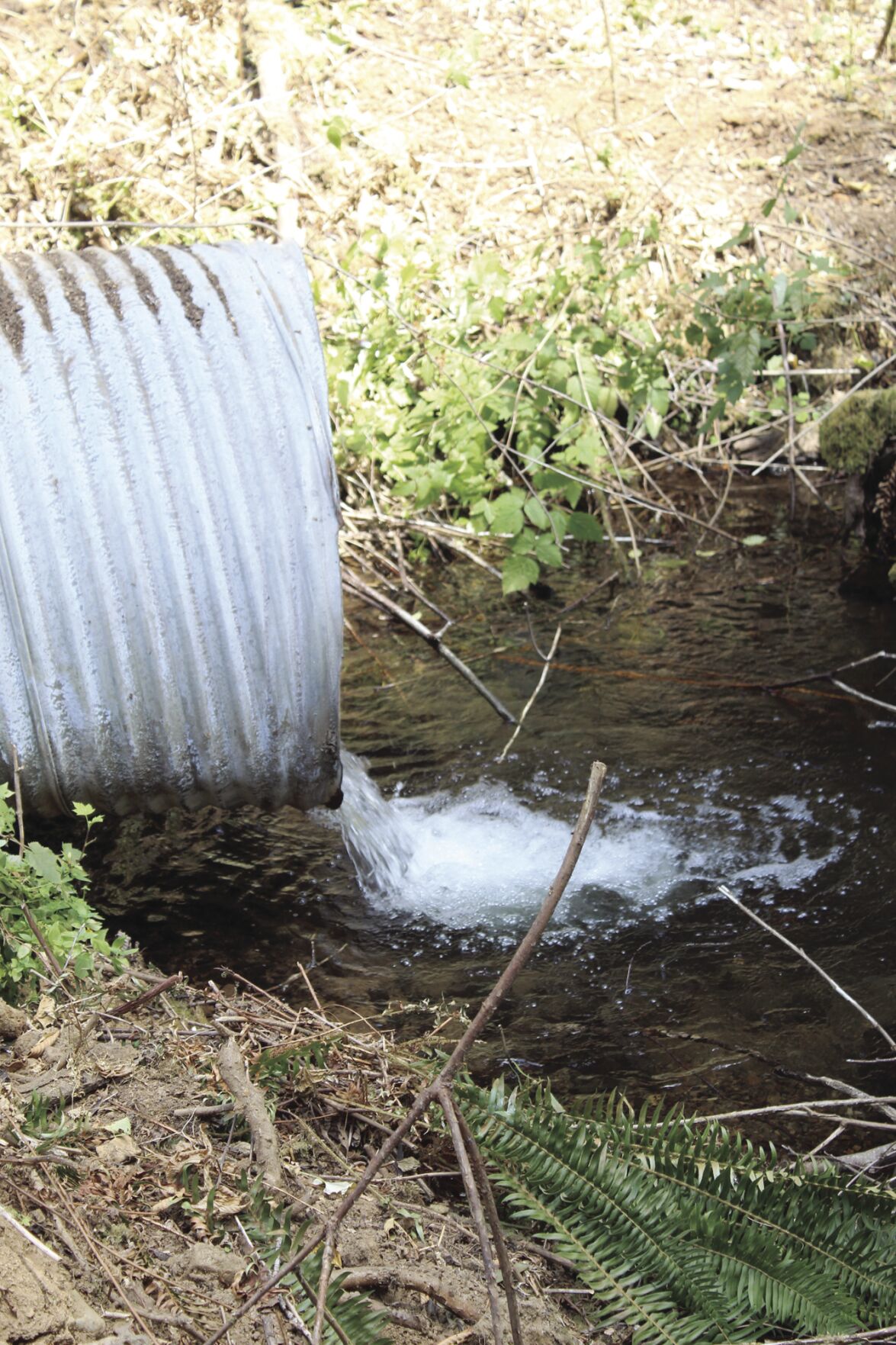 The partnership will replace three culverts near Woodward Creek that have washed away, making it difficult for juvenile fish to move up and down the creek and its tributaries. 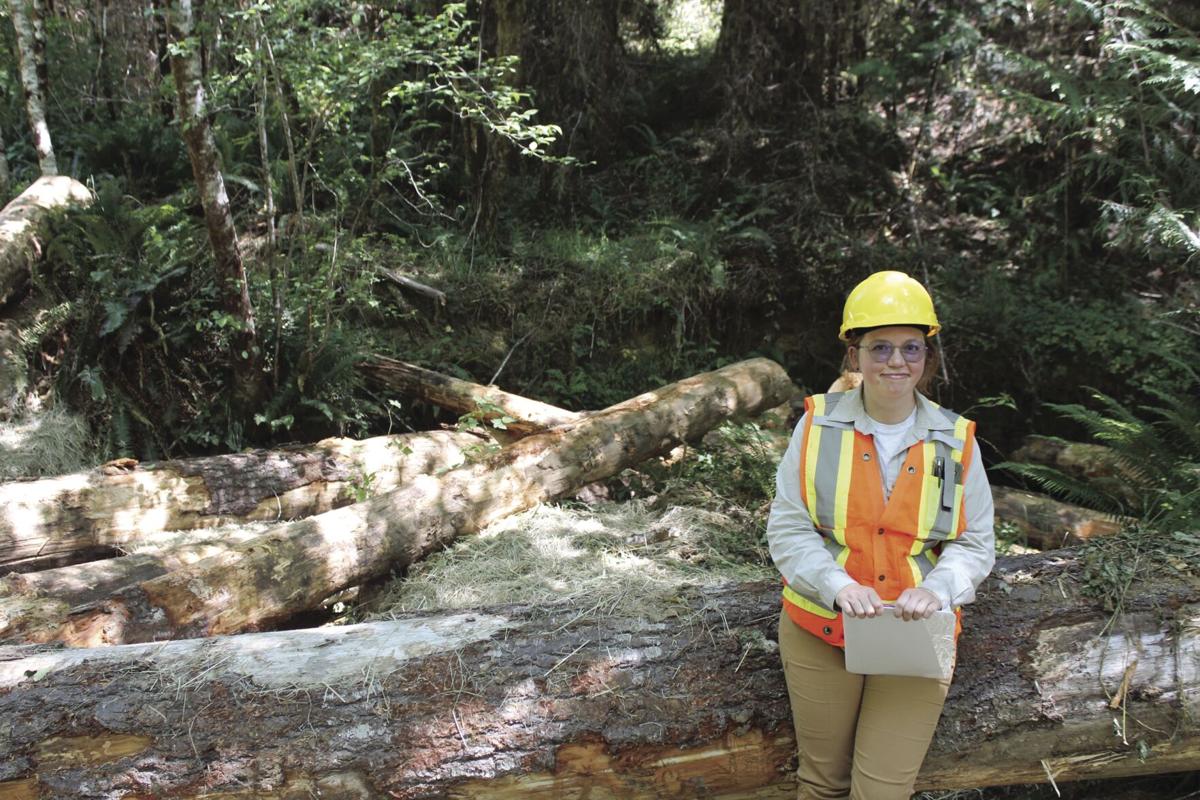 Rushal Sedlemyer a project manager with the Coquille Watershed Association, talks about the work going on at Woodward Creek.

A variety of logs placed in Woodward Creek will provide a safe place for juvenile fish to hide and eat during high-flow events.

The partnership will replace three culverts near Woodward Creek that have washed away, making it difficult for juvenile fish to move up and down the creek and its tributaries.

Rushal Sedlemyer a project manager with the Coquille Watershed Association, talks about the work going on at Woodward Creek.

Deep in the forest outside Coquille, a small creek may hold the answer to the declining fish populations along the coast.

Woodward Creek meanders through the forest and provides a home for juvenile salmon, steelhead, trout and more as it slowly makes its way to the Coquille River.

The decline in fishing opportunities in the region is not new, but the problem has escalated rapidly in recent years. This year, the state announced no salmon fishing would be allowed in the Coquille River due to the declining number of fish.

A partnership between the Bureau of Land Management, Coquille Watershed Association and private landowners is working to make improvements by giving the young fish a better chance at survival.

For several years, the BLM and the association have been working to improve conditions on Woodward Creek, and more work will continue over the next few years. Last week, a contractor placed large Douglas firs into the creek to create a safe space for the juvenile fish.

“Fish like places like this because it can provide hiding areas from predators,” said Rushal Sedlemyer a project manager with the Coquille Watershed Association. “The log placements will help to create deep pools, which are important habitat features for young fish.”

But that’s just the beginning of the benefits.

“One of the biggest things is water quality,” said Jeff Jackson, a fish biologist with the Bureau of Land Management. “Structures like this retain sediment that would otherwise move downstream. Fine sediment can clog fish gills and limit feeding opportunities.”

The sediment can also cover fish nests, killing eggs before they hatch, and cleaning up the sediment improves water conditions downstream in the Coquille River, where Myrtle Point gets its drinking water.

The area around Woodward Creek has a history of problems with people using off-road vehicles to travel through the forest on private timber lands. In some cases, the off-road vehicles have damaged areas around the creek, which puts the young fish at risk.

To manage that, the roads leading into the area have been gated to curb illegal access.. That fixed one problem, but to really make a difference, the partnership wanted more. With funding through the BLM and the Oregon Watershed Enhancement Board, the group came up with a plan to use the large wood to benefit the fish while also replacing several culverts that have made it difficult for fish to access good habitat.

“We’re trying to address multiple limiting factors by developing several projects at one time,” Jackson said. “It’s not only the wood placement, we have a plan for the culvert replacements and invasive weed control.”

Three culverts along the road carry water from tributaries into Woodward Creek. Under natural conditions, fish would be able to move seamlessly from the creek into the tributaries and back.

Unfortunately, the design of the culverts has washed out the land near them, leaving perches of between six and 12 inches that most fish, especially juvenile fish, cannot get through.

“When these pipes are fixed, they’ll be able to move like they should,” Jackson said. “A lot of folks think culverts are about adult fish getting up to spawn, but it’s as important for the juvenile fish to be able to get to cool water.”

The salmon and steelhead hatched in the area often live in the shallow creek waters for up to a year. They then venture into the Coquille River and begin a journey to the ocean. Those that survive will return at 3 years old to spawn.

Jackson and Sedlemyer said the three culverts will be removed in the coming weeks with the creek beds left to run naturally over the winter. Next summer, crews will return and will replace the culverts with larger culverts designed to stop erosion, leaving easy access for all fish in the area.

“These major infrastructure upgrades greatly reduce the likelihood of road failure in the future,” Jackson said. “Not only is it a habitat benefit, it’s an infrastructure benefit.”

The property where the work is happening is owned by Forest Investment Associates. Michael Scott, a representative of the company, has worked with the BLM and the association for years to create the habitat restoration plan. Scott said anything that is good for the forest is something FIA supports, and he appreciates the work being done at Woodward Creek.

While coming up with a plan, the partners wanted to mimic nature as much as possible. In nature, trees falling into rivers create the pools and the hiding places for fish. With Douglas firs growing in the area, the decision to place firs in the water was natural. Jackson said the large logs will likely stay put for up to 50 years before they rot away.

“Juvenile fish need a place to hide, especially during those high flows, and they are naturally selected to use wood for safety,” Jackson said. “Our hope is the wood structures get to the point it starts collecting its own material, so it’s self-sustaining.”

One bonus in the Coquille area is local businesses were hired to engineer the culverts for fish passage and Billeter Marine is doing the construction work on site this summer and next summer. Sedlemyer said with a goal of benefiting the local community, finding local businesses to do the work was a bonus.

In the end, the work done deep in the forest will have a lot of benefits, and working as a team made it possible.

“This in the long run will be very beneficial for the fish, wildlife and water quality,” Jackson said.